There are four essential beer ingredients necessary for beverage production. These raw materials primarily affect its taste, but some brewers often add other elements to reach a unique aroma and overall impression.

Basically, beer production needs to follow the established procedure. Still, there is room for experimenting and adding specific ingredients to improve beer taste and get a unique flavor to the well-established beverage.

Let’s take a look at the subject.

Brewing is the process of beer production by steeping barley in water and fermenting the sweet liquid you get with yeast. Historians claim that people in Mesopotamia and Ancient Egypt started making beer in the 6th millennium BC. The western brewing industry has produced this beverage since the 19th century with only a few ingredients.

As you have already known, the largest percentage, over 90%, of beer is water. Since this ingredient contains different mineral components, the beer taste is not universal but depends on the region where the brewery is located.

Thus, not every part of the country is suitable for every beer type production. Plus, water will make a difference between a beer with a full aroma and an unpleasant product.

For instance, beer will be highly different in areas with hard and soft water because of different calcium and magnesium levels. Hard water enhances hops’ aroma and makes beer sharp, while soft water makes it light and extends the feeling of the final taste.

If the water contains gypsum, the brewery will produce pale ale. Some of them even add this compound in the regular beer during the process well-known as Burtonisation to get this particular taste.

Water can also have lime or iron, which will affect the final taste of beer. The reason is their influence on the action of the enzymes during the brewing process and the overall reaction between other ingredients.

Nowadays, most brewers filter water before the brewing process to remove excessive fluoride and chlorine that negatively affect the beer flavor.

When deciding to make your own beer, you can use tap water without any hesitation. Once you master this craft, you can experiment with various minerals and even mimic the water’s characteristics for famous brewing regions.

Brewing yeast is an essential beer part since it is impossible to make it without this ingredient. Without it, grain water couldn’t ferment, and the result would be a bitter, tasteless liquid.

These astonishing single-celled microorganisms use sugar from malt and transform it into alcohol and carbon dioxide. In a few days, they will convert most of the sugar content into the wort. Then, it is time for decomposing complex sugars made during the brewing process.

Once all the sugar disappears, yeast will slowly drift into hibernation, which signifies that the beer is finally made. In other words, it is time to enjoy a distinctive beer flavor profile. Homebrewers can use either dry or liquid yeast to make this beverage, depending on their preferences.

One package of yeast is enough to ferment 5 gallons (19 l) of beer. The best thing is that you can use the same strain for many generations without purchasing the new one.

Most breweries use the same yeast strain many times, even for brewing different beer batches. Some of them purchase yeast from reputable suppliers, while large breweries produce their own pure yeast strains.

Since both products’ shelf life is quite long, you can pack both dry and liquid yeast in a zip-top bag, airtight container, or sterilized canning jar when planning to store them for longer.

There are hundreds of yeast species in nature, but breweries use particular cultivated strains to keep the fermentation process under control. You can recognize three primary beer yeast types that belong to a Saccharomyces family, including:

This yeast grows well and can be active in a wide temperature range, from 65 to 75 F (18 – 24 C). It always comes to the wort’s top during the brewing process. That makes it an ideal solution for homebrewers that make this beverage without special equipment.

Thanks to the high production of esters and phenols during fermentation, this yeast kind will help you get a full, complex beer with spicy or fruity flavors. Since each yeast variety produces specific esters, brewers often choose unique strains to get their own beer brand.

The best temperature for the initial fermentation while using this yeast type is about 50 F (10 C), while the lagering period afterward requires 40 F (4.4 C). During the fermentation process, it sinks to the yeast tank bottom.

Thanks to this yeast, you can get a clean, superbly crisp beer with higher malt and hops tone. You need a temperature-controlled fridge to achieve this. Be prepared that the fermentation process lasts twice as long as ales.

This yeast type was considered an undesired contaminant for an extended period. Nowadays, some brewers cultivate it for beer production. They don’t add it actively to the beverage, but yeast cells from the air contact the wort and trigger fermentation.

Brettanomyces (Brett) yeast is the most popular, but only true masters can control its participation level in the beer production process.

There would be no beer without malted grains. In most cases, breweries use barley, but you can make beer of wheat, oats, rye, rice, and corn, as well. Since barley provides more sugar, you will use it as a base and optionally add other grains to get a particular beer flavor and character.

The procedure includes crushing grains, heating them in a kiln or oven to prevent over-germination and allow frees up the starches. The resulting sugar is necessary for feeding the yeast. After a while, the malts take on a caramel-like flavor and start losing a sugar-giving power.

Keep in mind that you need darker malt if you want to produce darker beer. In such a case, you need to use barley because of its fibrous husk and enzyme amylase, making the conversion of starch into sugars quicker.

Hops are disease-resistant plants that provide a typical beer bitter aroma. Brewers started using flowers of female plants in the early 1800s for the first time, and it replaced spices and herbs that flavored beers until then.

If you plan to make your own beer, be careful with hops since the fresh plant is delicate and can spoil quickly. A practical option is to buy a package of frozen hops in the fall, after the harvest.

Keep in mind that different hops types contain various resin and oil levels that directly affect the beer taste. The bittering hops rich in resins will help you get a powerfully bitter beverage.

On the other hand, you will need hops with less resin and many fragrant hops oils to get an aromatic beer. There are also dual hops that contain the perfect combination of these two ingredients.

Most beer recipes involve several different hops that are added during the wort boiling. Remember that they are also a natural preservative, so you don’t need to add anything else into your beverage to keep it for a while.

The list of ingredients you can add to your beer is almost infinite, but some spices are an excellent choice, and you should try them.

You can also find beers containing cocoa beans, vanilla, cinnamon, and pepper if you prefer an unusual taste. If you look for the ultimate beer types, you should also try:

As you can see, any carbohydrate except the malt is an adjunct in brewing terms. Remember that master brewers enrich their recipes with rice, corn, rye, oats, or even traditional locally produced grains.

Nowadays, you can make your own beer if you have the necessary equipment and buy essential ingredients. The best of all is that you don’t need to spend a fortune to start a small production. A homebrewing kit for beginners and a lot of enthusiasm will be enough for a start. Cheers! 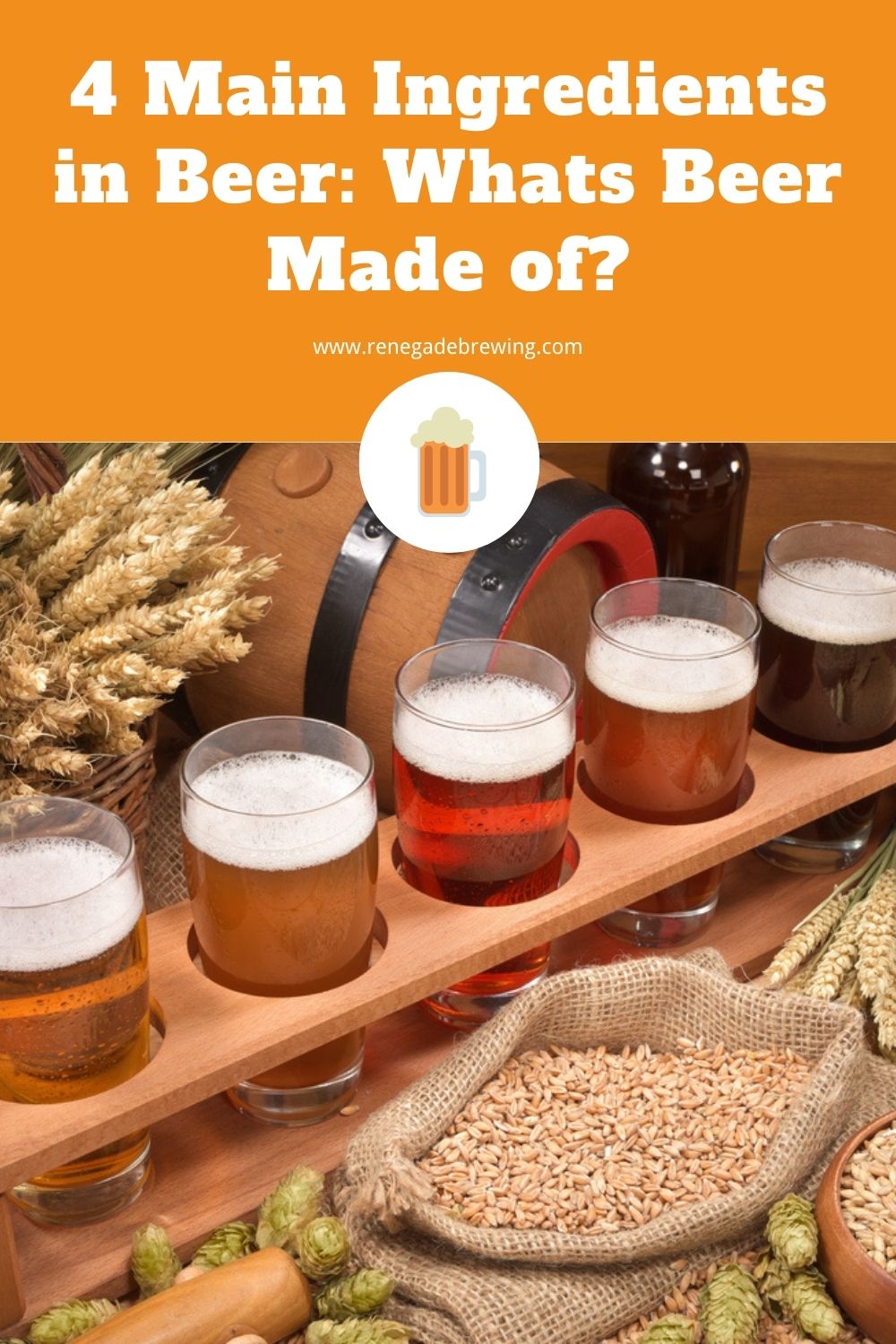