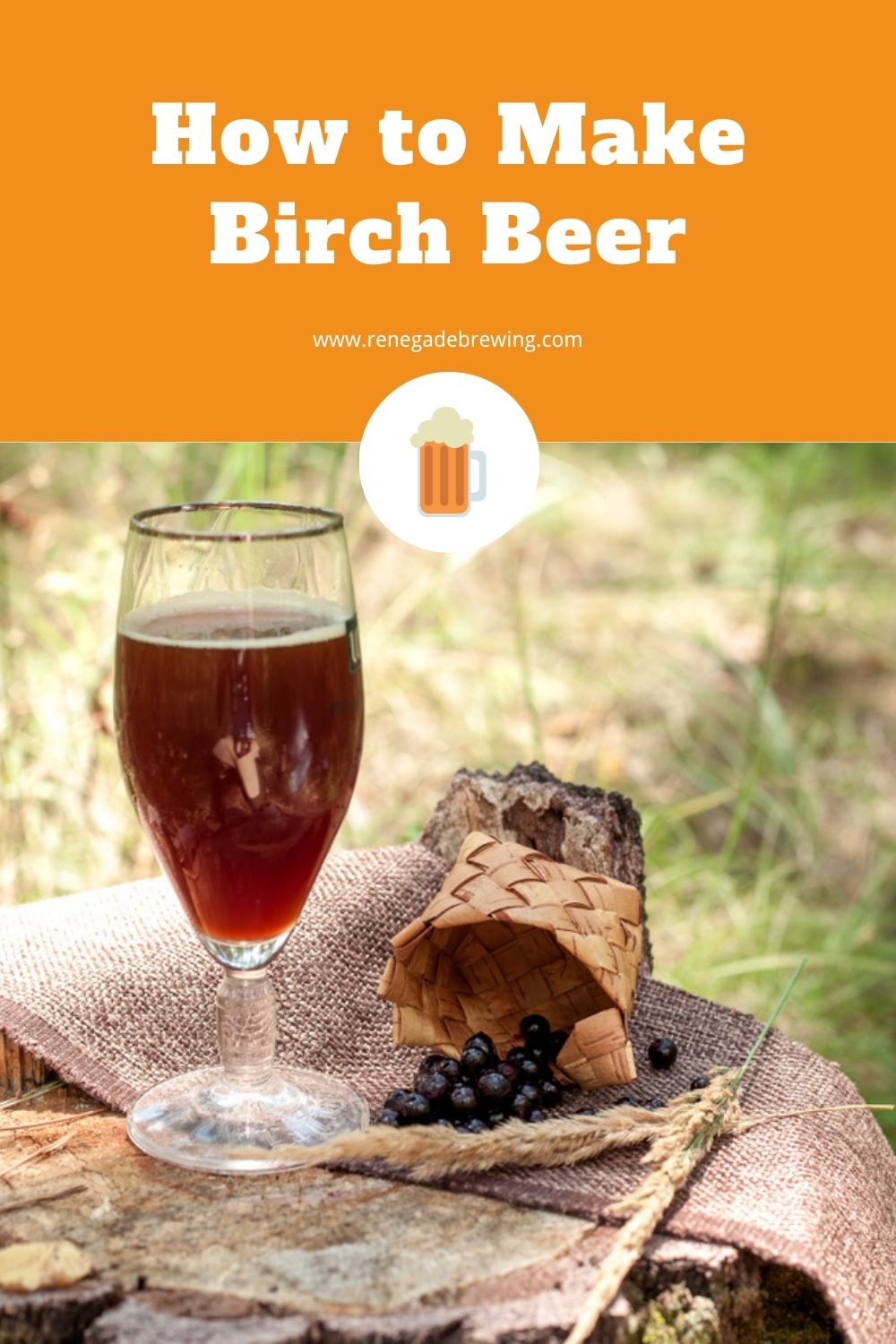 If you have tasted commercial birch beer before, you might want to replicate that crisp, wintergreen, minty beverage in your kitchen.

The good news is that most of the supplies needed to make birch beer are easy to obtain. We’ll show you several methods of preparing birch beer depending on the supplies that are available to you.

A Little Background on Birch Beer

Before we get into making some delicious birch beer, let’s give this popular drink a bit of some context.

What Is Birch Beer?

Despite its name, birch beer is originally a non-alcoholic drink although you can make an alcoholic version by using ale yeast to ferment the liquid. Yeast will break down the sugars in the liquid into ethanol (alcohol) and carbon dioxide, which gives the drink that crispy mouthfeel.

So, if it isn’t a beer, what is birch beer then? It is a carbonated drink made from birch tree essential oil and birch sap derived from the Black Birch Tree. People often use the terms ‘birch beer’ and ‘root beer’ interchangeably but they are not the same. Birch beer, root beer, and sarsaparilla indeed belong to the same family but these beverages are far from the same.

There are three types of birch beer each coming from its own tree. These are Brown, which is the original birch beer, creamy red, which is flavored with vanilla beans and smoothly flows across the tongue, and white, which is clear with an intense wintergreen flavor.

The overarching flavor of birch beer is a minty, wintergreen taste. The beverage also has underlying notes of earthy, sweet, and creaminess but it can taste spicy depending on whether additives such as nutmeg, cinnamon, vanilla, or cloves are present in your recipe.

Talking of recipes, did you know that the earliest recipe for birch beer dates as far back as the 1600s? This ancient recipe used the fermented sap of the birch tree as the base for the beer.

What’s the Origin of Birch Beer?

Birch Beer is native to the northeastern parts of the United States. But, the drink is most popular in Pennsylvania and some parts of Canada. You will not find birch beer in just any store but the good news is that you can brew your own.

In the early days of birch-beer making, this drink was made by boiling sap tapped from the birch tree and sweetening it with honey to prepare the base syrup.

The syrup was then poured over cork-sized birch twigs. This helped to infuse the syrup with the birch tree’s wintergreen flavor. The syrup would then be allowed to cool and would then be strained to separate the liquid from the twigs.

Next, yeast and a slice of toasted rye bread would be used to ferment the liquid. In addition to adding the yeast, they would throw in the rye bread and let the liquid sit in a covered container for seven days. The liquid was stored in tightly sealed bottles for three months before it was ready for consumption.

Tapping birch sap requires some expertise and takes quite a bit of time. You can skip this part by preparing your sap while still maintaining some of the traditions of birch beer making

If you have access to birch trees, you can make birch beer the traditional way using actual birch twigs. Use freshly cut saplings to give your beer a rich authentic flavor.

Here is what you will need to make traditional birch beer:

Follow these simple steps to prepare a delicious batch of birch beer:

Put the pieces of twigs in a large stainless steel pot and add water to completely cover the twigs.

Boil the pot of twigs. Then, turn off the stove and allow the pot to cool overnight. The birch saplings will release their flavor into the water.

The next day, boil the pot until the water simmers down to about 1 liter. Just make sure that you do not boil all the water.

Strain the remaining amount of water. You can use a sieve or a coffee filter as long as nothing from the saplings other than the water passes through the sieve.

Pour the filtered sap into a heavy-duty saucepan and add a sweetener such as honey, molasses, or regular sugar. Go for molasses if you want your birch beer to have a caramel-like flavor and a rich dark color.

Simmer the sweetened sap until the sugar dissolves. Then, remove the saucepan from the heat and allow it to cool.

At this point, what you have is a sweet birch syrup. To turn it into the carbonated drink that is characteristic of commercial birch beer, you will need to carbonate the drink.

For this traditional birch beer, all you need for carbonation is carbonated water, also known as seltzer.

Mix the syrup with the carbonated water in a ratio of 1:1. Shake well in a bottle, pour over a glass containing ice, and enjoy.

How To Make Birch Beer: The Modern DIY Method

If you do not have access to sweet birch trees and twigs, you can still make delicious birch beer using ready-made birch bark oil or dried birch bark. You can buy the oil and the bark from your local health food or herbal store.

Follow these easy steps to make the perfect birch beer:

Step 1. Prepare the base for birch beer

For this process, you will need to first prepare the base for your beer, which is basically just the sap that you will ferment and carbonate later.

To get started, if you are using birch oil, add a few drops in a bowl of water to get wintergreen infused water. If you have birch bark, which can come in the form of pieces, powder, or flakes, first bring water to a boil and then add the bark. Continue to boil until the water develops a nice wintergreen flavor.

Set aside the wintergreen-infused water and allow it to cool.

Now that you have the wintergreen water as the base for your birch beer, the next step is preparing the sweetening syrup.

Mix the sweetener with water in a saucepan and bring to a boil until the sugar dissolves. At this point, you can also add some flavor to the beer. Opt for natural flavorings such as crushed vanilla bean, grated ginger, or lemon zest.

Continue to boil the flavored wintergreen water until the flavors of the additives are fully extracted. Keep an eye on the saucepan to ensure that the water does not evaporate. Strain the water, remove the saucepan from the stovetop, and set it aside to cool.

If you are using birch oil, combine water and flavorings and bring to a boil. Strain to separate the water from the flavorings then add a few drops of birch oil to infuse the water with wintergreen flavor. Add sugar and stir the wintergreen-infused water until the sugar in it dissolves.

Carbonation will give your beer syrup that refreshing, soda-like, crispy taste. With this recipe, you can carbonate the birch beer syrup by fermenting with yeast or adding carbonated water.

If you opt for yeast, add 1/8 teaspoon of ale yeast per gallon of the birch beer syrup. Let the yeast ferment the beer base for 20-30 minutes.

Birch beer that has been carbonated using carbonated water is ready for consumption immediately. For best results, chill the drink in the refrigerator for a few minutes and enjoy it.

If you carbonate using yeast, you will have to let the beer sit for up to 36 hours. Store the liquid in small bottles, seal tightly and keep it in a cool dark place. After 36 hours, open one bottle and check the level of carbonation. Extend the waiting period by another 12 to 24 hours if you require more carbonation.

Once your birch beer is ready to your satisfaction, chill the beverage in the fridge for about two days before drinking it. The shelf life of refrigerated birch beer that has been fermented using yeast is one month.

Pro tip: Prepare a large batch of birch beer syrup and then add carbonated water ass needed and refrigerate the rest of the syrup in an airtight container. This way, you will always have birch beer at hand to drink when you crave some. Just be sure to use up the syrup within 3 to 4 months before it goes bad.

Have you tried making birch beer at home? Please leave your questions or comments below—we’d love to hear from you! 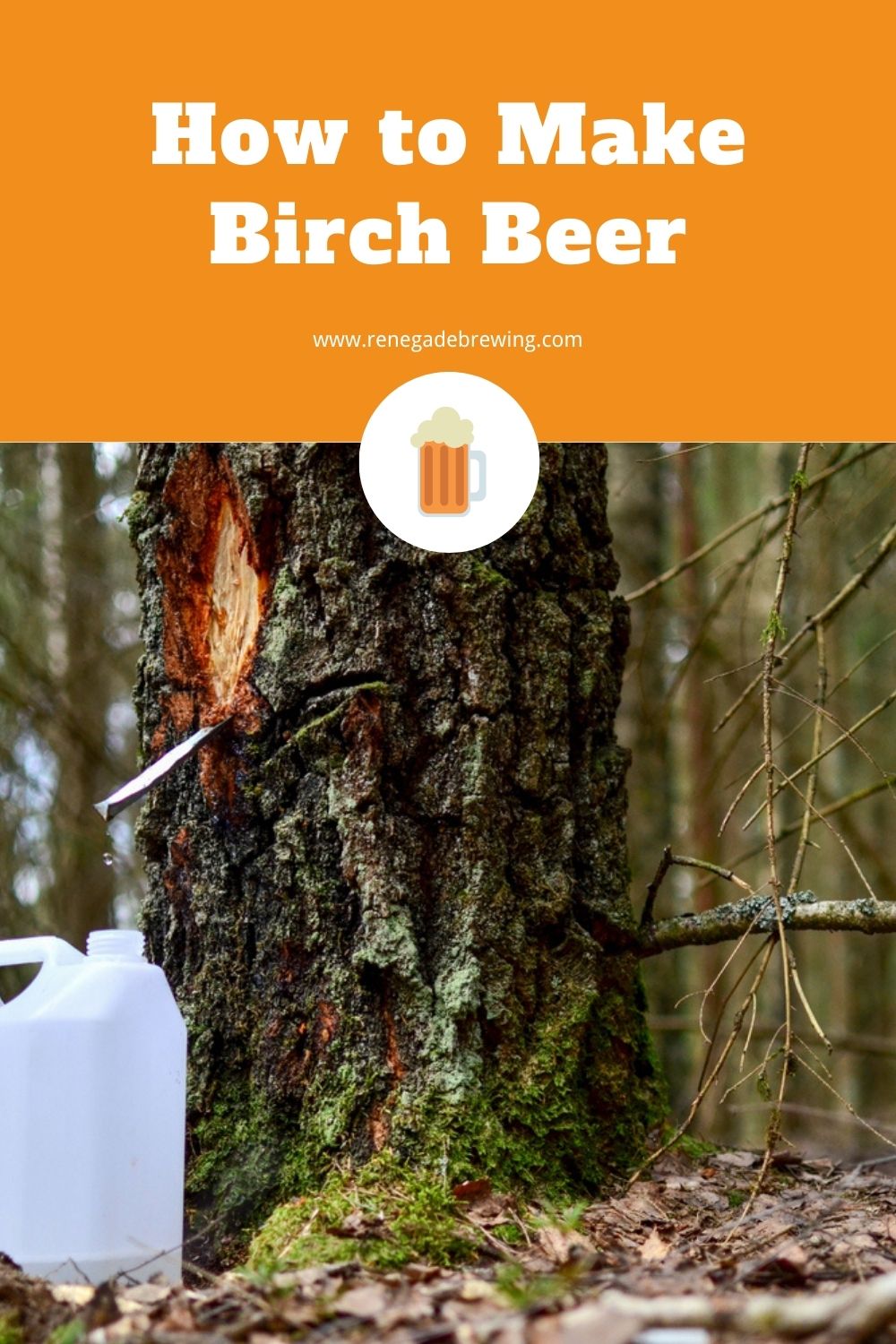 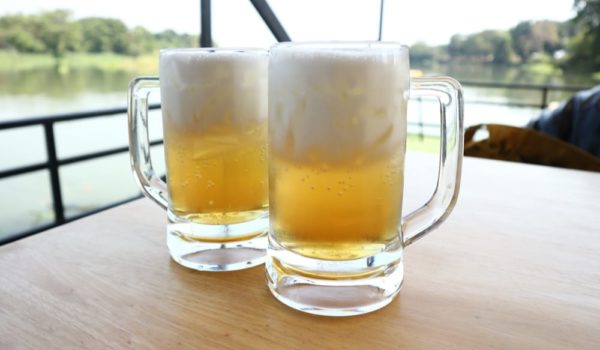 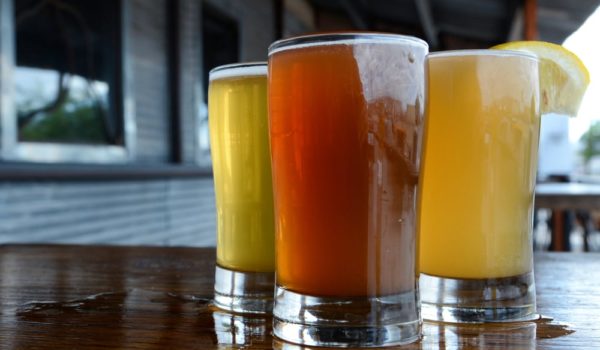 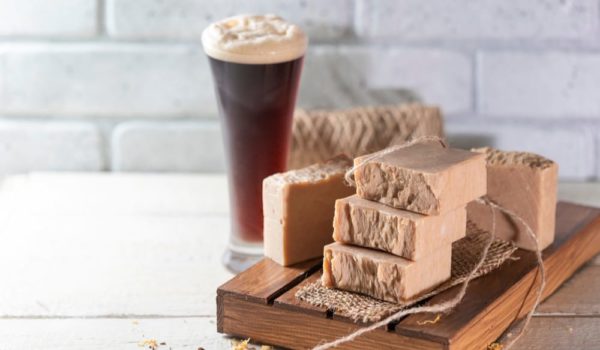 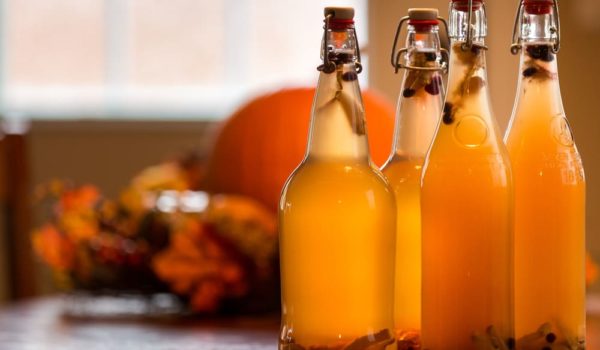 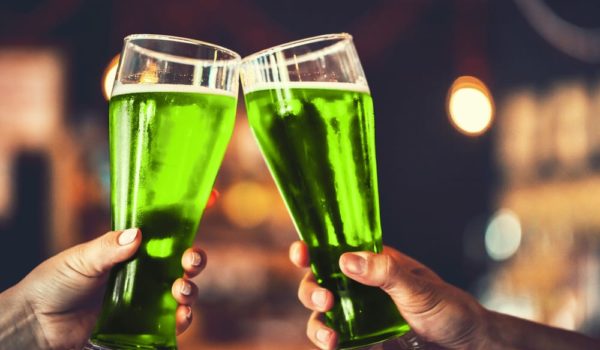 1 thought on “How to Make Birch Beer? (Traditional & Modern Method)”