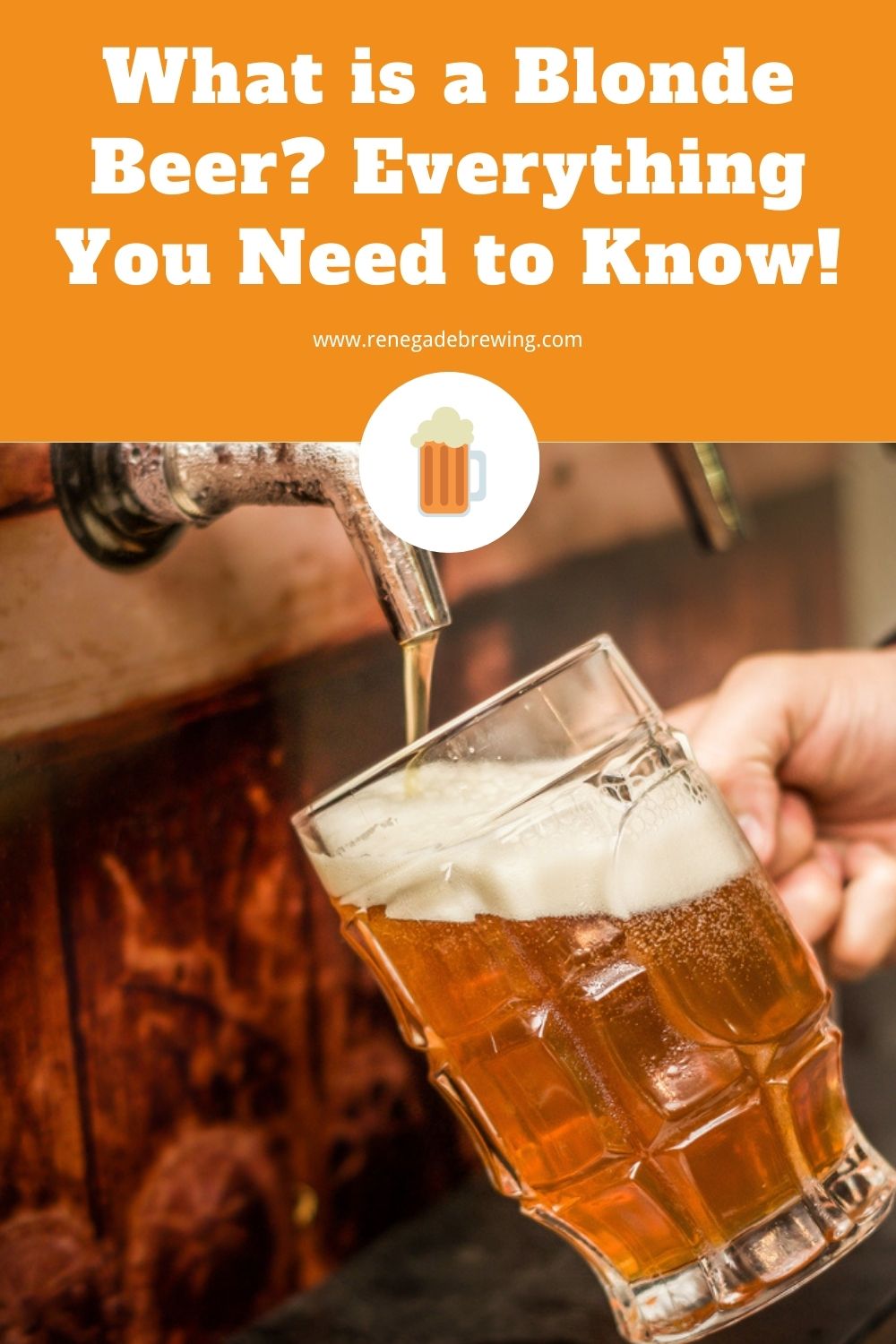 Whether you are new to the world of beer or are simply curious about beer styles, you might be wondering just what is a blonde beer? You’ve come to the right place.

In this article, we’ll give you the lowdown on everything you need to know about blonde beer including its unique characteristics and some tips on how to make your own blondie if this is something you would like to try.

A Brief History of Blonde Beer

Blonde beer is an umbrella name for various styles of beer. These styles include Blonde Ale, American Ale, and Golden Ale and are commonly interchanged to refer to the same beer style.

When you consider the long history of beer and beer making, blonde beer isn’t such an old style. In fact, this beer type was brewed around the early 1800s in North America.

It is said that craft beer brewers introduced the blonde ale to the American market as a way of swaying consumers from the mass-produced pilsners and lagers to specialty beer that was supposed to look, feel, and taste better than the mass-market stuff.

What Is Blonde Beer?

So, what exactly is blonde beer? Blonde beer is one of the many styles of beer available in the market. The beer derives its name from its characteristically blonde color, which falls somewhere between pale yellow, light orange, and deep gold. But, color alone is not the only attribute that sets this style of beer apart. Just because a beer falls in the color range mentioned above doesn’t make it a blonde beer.

The Beer Judge Certification Program (BCJP) sets the standards for categorizing beer styles. Let’s have a look at other characteristics that are unique to the blonde beer style.

When talking about the appearance of beer, what we are referring to is the color, clarity, and head. The BCJP places blonder beer at color number 18 based on the Standard Reference Method, a universal chart used to categorize the color of different beer styles.

At number 18, the blonde ale takes on a pale yellow color that can taper off to a crisp gold with brilliant clarity.

The head is the top foam on the beer that is visible when the drink is poured into a glass. Blonde ales typically have a medium-sized snow-white head with good retention.

After the appearance, the next attribute to look at when describing a beer style is the aroma. Each type of beer derives its aroma from the ingredients used in the brewing process. As such, you will come across beers that are malty, hoppy, fruity, spicy, floral, etc., depending on what was thrown in there during brewing.

Drinks that fall under the blonde beer category tend to have a combination of fruity and hoppy, low-to-moderate malty aroma. Blood ales typically do not have diacetyl or what would be described as a caramel or butterscotch aroma. Generally, mildly fruity and malty is acceptable.

After taking in the aroma, the next step to identifying a blonde beer is by its flavor. Beer flavors are as diverse as beer styles. Like aroma, the flavor of beer will depend on the ingredients used to brew the drink.

When it comes to blonde beer, the overarching flavor is sweet maltiness with hints of caramel. The finish, which is the lasting taste in the mouth is also an important attribute to consider. For blonde beer, this lingering taste feels dry and sweet.

Mouthfeel is closely related to the beer flavor. As the name suggests, this refers to how the beer feels inside the mouth. Mouthfeel is one of the characteristics that make beer so popular.

Everyone wants a beer that feels delicious, wholesome, and goes down easily. Some beers can have a pucker feeling while others can feel dry. Some will have a light crispy mouthfeel, while others will feel carbonated.

When it comes to the mouthfeel of blonde beer, you will notice low to medium carbonation. These beers will have a light to moderate body and will go down smoothly. The lingering aftertaste, also known as finish will be slightly dry. Notably, blonde beers have no astringency, that is, strong bitterness.

If you like to accompany your food with a glass of beer, you could pair up a Blonde Ale with roasted chicken, chicken Caesar salad, fried shrimp, or spaghetti.

As we mentioned, blonde beer is a broad term describing a certain style of beer. Under this style category, several brands refer to their beers as blonde ale, blonde beer, or other such variations.

Examples of some of these brands are:

These are just a few of the blonde beers you can find in the market. According to the BJCP, blonde ales contain up to 25% malt as well as sugar adjuncts and any variety of hops. The type of yeast can be slightly fruity, crisp American, or Kölsch. Some beer brands may contain slight additions of fruit, spice, and honey.

If you are interested in making your own beer, blonde beer is a great place to start. In fact, blonde ales are usually entry-level beers in many craft breweries and microbreweries.

We’ve gathered some pointers to help make your beer-making project a success:

Blonde beers are versatile and flexible, allowing you to use any kind of malt or even a mixture of malts to come up with a strong base. Your choice of malt will depend on the flavors you are looking for and this will vary from one region to another.

For example, American malt will be quite different from European malt. You can choose to mix different types of malt or just one type. What is really important is that you select the very best type of malt to produce high-quality beer.

2. Pay attention to the quality of water

Blonde ales do not use dark malts and therefore do not accumulate the acidity that is characteristic of these types of malts. As such, you should be careful with the water you use to make your beer.

Avoid alkaline water as it will require you to add more hops, which only worsens the quality of the beer. We recommend using soft water, as it will not overpower this light beer style.

3. Prepare mash at the right temperature

Mashing is the first step in the brewing process and it involves mixing grain with water to form a mash that is fermented later. The temperature at which you prepare the mash will affect the body and mouthfeel of your beer.

To make beer with a light body, prepare the mash at about 148°F for a duration of 60 to 90 minutes to thoroughly ferment the mixture. For a fuller body, you will need to prepare the mash at a higher temperature of about 152 °F for one hour. Higher temperatures leave some of the sugar unfermented, which creates a feeling of fullness and a malty flavor when you drink the beer.

Hops are the main ingredients that contribute to the bitterness of beer. Blonde beers have a balanced hoppy characteristic meaning they are neither too sweet nor too bitter. We recommend using hops with a low alpha acid percentage, as these tend to be less bitter and will give your beer the much-needed balance that is typical of golden ales.

While one type of hop is enough, you can add variety to your beer by using two varieties of hops but no more than that to keep your beer in the BJCP recommended flavor and bitterness range. Too many hops will give you a pale ale instead of the light blonde ale you are looking to produce in the first place.

A high attenuating yeast strain converts most of the sugar in the wort into alcohol and CO2. This variety of yeast will yield less fruity beer with a light body, which is exactly what blonde beers are about.

Be sure to ferment the yeast at lower temperatures to maximize the fermentation process. This will result in a light, crisp booze that is characteristic of golden or blonde ales.

Blonde beer has a lot to offer in terms of appearance, aroma, and flavor. Whether you are a newcomer into the world of beers or you are looking to try something lighter, cleaner, and crispier, blondes are a great choice. 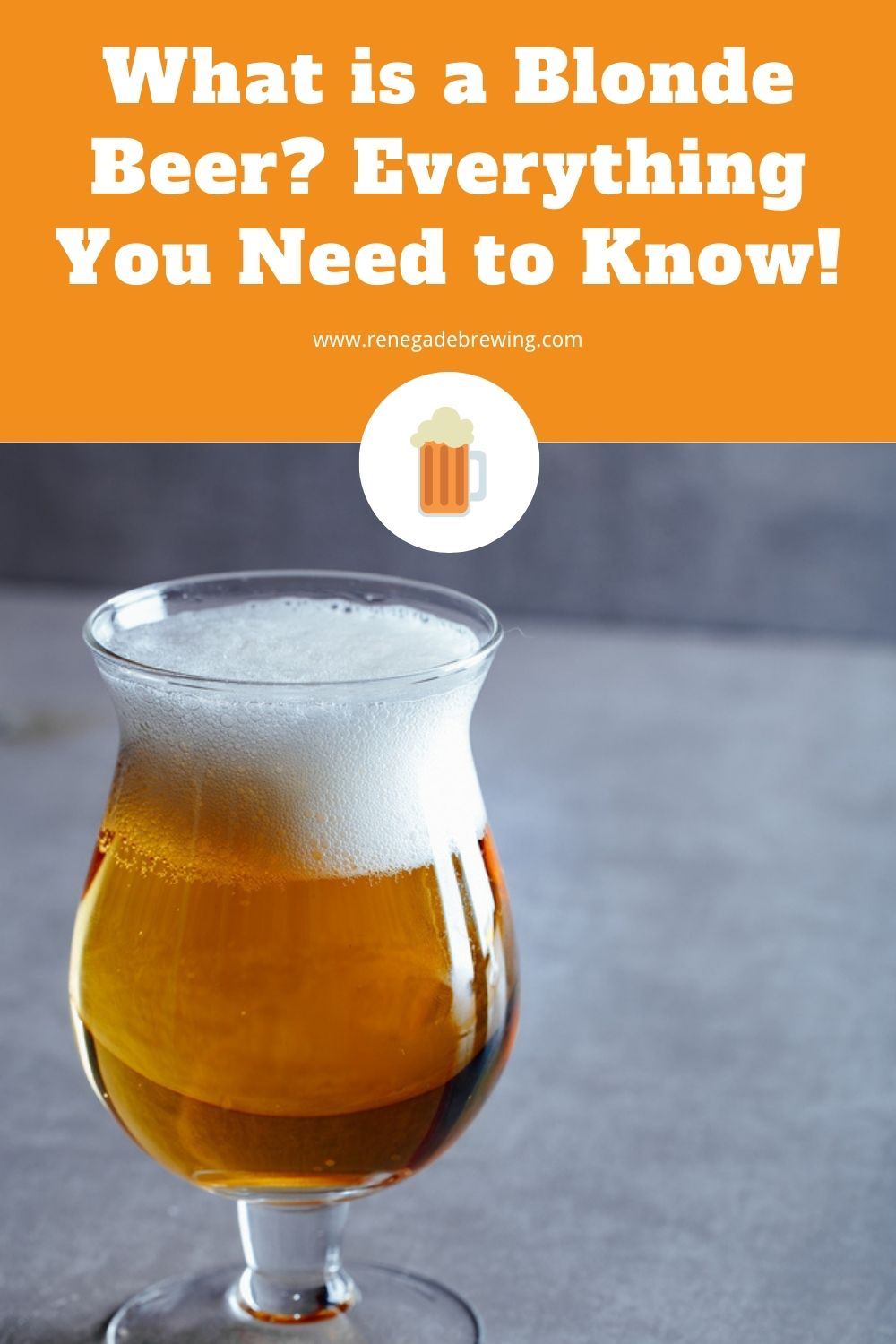 1 thought on “What is a Blonde Beer? Everything You Need to Know!”