Every beer contains essential ingredients like grains, yeast, spices, and water, but some manufacturers often add additional components that make their products unique. Even though no one put sugar on this list, each beer contains some of it remaining after grain fermentation in the yeast presence. 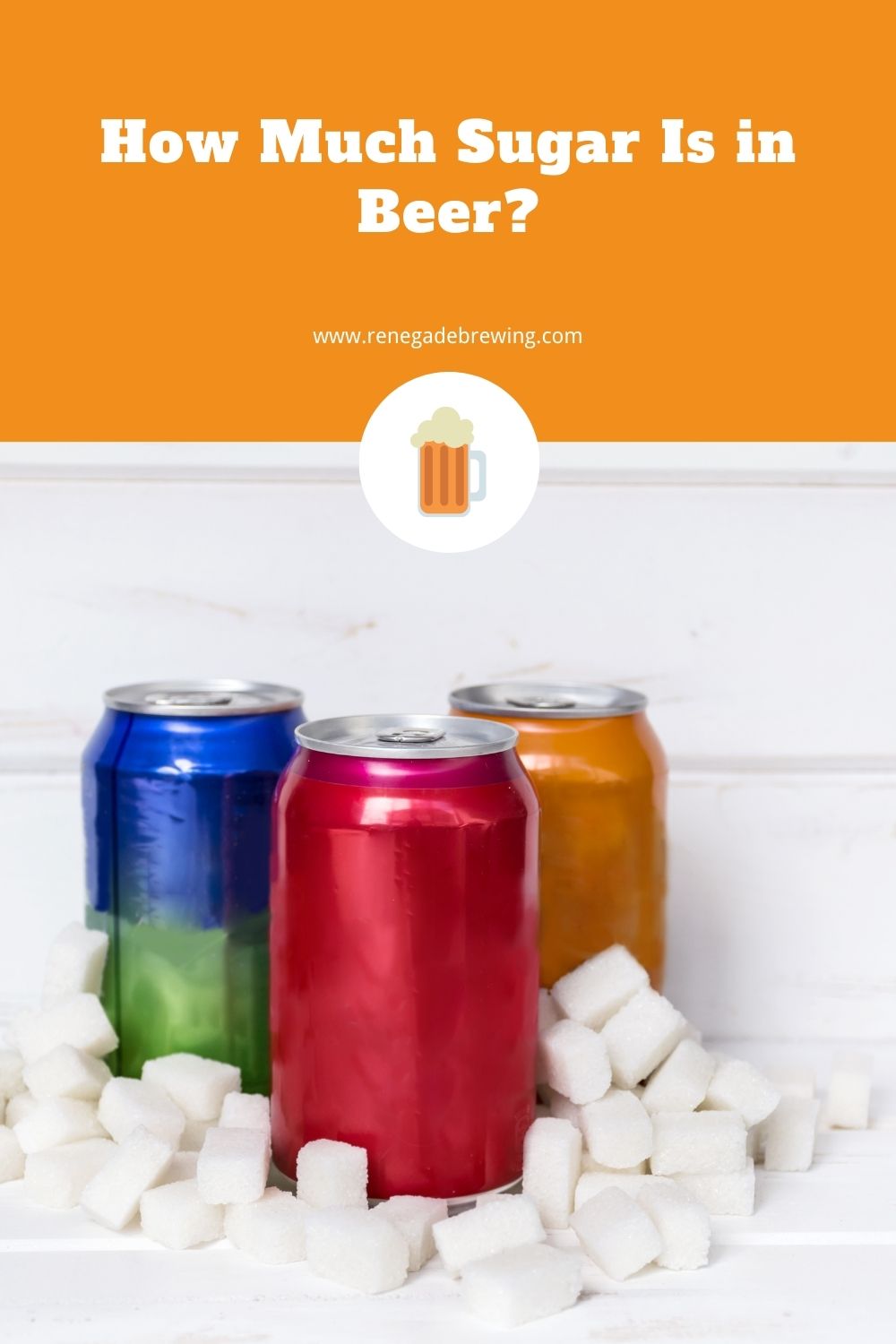 The question is how much sugar is in beer in general and how it affects this drink’s taste. For some people, its amount is not crucial, but you should be aware of its presence if you want to maintain your figure or lose weight. So, ‘beer belly’ is not a myth, and you should think about preventing it. Let’s take a closer look at this issue.

Once you decide to drink some beer, you need to make some essential choices. One of the most important things for your body and health is sugar content, the number of calories, and other ingredients’ presence in this drink.

As you have probably known, sugar is a basic carbs unit. Depending on the number of sugar molecules, there are four carbs types, including:

The primary sugar type in beer, maltose, comprises two glucose molecules, which classify it as a disaccharide. With other simple sugars, maltose makes about 80% of fermentable sugar in the wort. The remaining 20% are other oligosaccharides. It is vital since yeast can ferment only simple sugar in beer.

On the other hand, your body can’t digest and use oligosaccharides, so you can consider them calorie-free. However, this sugar is a valuable food for gut bacteria that act as prebiotic fibers. In other words, beer contains a low percentage of sugar, although the carbs’ content is high, and both things are great for you.

The question is, where does the sugar in beer come from even though it is never on the list of ingredients. You know that primary beer ingredients include grains, yeast, water, and spices. Sugar is a product of grains (malted barley) procession and fermentation in the yeast presence, technically called – beer gravity.

It is a method of wort extraction during beer brewing. The process includes a high gravity wort that contains a lot of sugar. After adding yeast into the batch, sugar levels will begin to drop as alcohol is formed.

Once the fermentation is complete, beer contains fermentable sugars and oligosaccharides. The final sugar content in beer will depend on a few factors, including:

The hops don’t affect the beer sweetness but add some bitterness characteristic to this drink.

Even though beer contains carbohydrates but has no sugar since it turns into alcohol during production, one study shows that 68% of beer lovers in Britain believe that this drink is high in sugar. Almost 84% consider it high in calories, while 85% of people are convinced that this drink is fattening.

The truth is that most beer types contain less than 0.03 ounces (1g) of sugar per 3.4 US fluid ounces (100 ml). To understand how low that sugar level actually is, you can compare it to the sugar content of other drinks:

How Much Sugar in Beer?

The sugar level in beer varies significantly, depending on the initial beer gravity and yeast type used for fermentation. Remember that non-alcoholic ones contain a high sugar level, while regular beer has more sugar than light ones because of differences in the fermentation process.

Labeling regulations in the US for alcoholic beverages don’t require the sugar level in this drink to be stated. Therefore, determining the sugar level in beer is a difficult task. In some cases, you can expect a higher sugar content when the beer has more carbs.

Another possibility is to check the presence of ingredients like honey or corn syrup manufacturers add to their recipes to achieve a distinctive flavor. I will give you a list of common beer types with the sugar and carb levels per 12 ounces (355 ml).

The production of light beers includes adding the enzyme glucoamylase to the wort that breaks down residual carbs. This process directly affects the sugar level in beers because these carbs transform into fermentable sugar.

As for non-alcoholic beer, it contains a lot of sugar because there is no conversion of carbs from wort into alcohol. On the other hand, regular beer has no sugar at all, but it is a carbs source that negatively affects the blood’s sugar level.

On the other hand, brewing the light beer includes a low-sugar extract. As a result, the process requires less fermentation and lower alcohol production. Since alcohol has more calories than carbs, such a beer contains fewer calories.

You need to understand that you don’t need to worry about sugar in a light beer. The calories are a more significant problem because alcohol calories are without any nutritional value. In other words, they are not beneficial for your body but will add your pounds.

Most regular lagers contain 0.35 to 0.5 ounces (10 – 15 g) carbs per pint (0.5 l). Be aware that manufacturers can add additional flavoring to some real ales with extra sugar or honey.

Beer doesn’t contain much sugar, but it will lower the blood sugar level like any other alcoholic drink. Namely, alcohol inhibits the processes of glycogenolysis and gluconeogenesis and consequently impairs sugar metabolism.

That disturbs the blood sugar balance in the body and causes hypoglycemia. Therefore, you can drink beer with a carb-containing meal when deciding to lose weight.

Never consume it with simple carbs that quickly increase the blood sugar level to prevent increased insulin response and hypoglycemia. Plus, alcoholic beer will interfere with the efficacy of hypoglycemic medications.

People with Diabetes and Beer

Many scientific studies show that drinking one or two beers a day are beneficial to people with diabetes. However, you should be careful and choose the right brand to prevent possible health issues.

The problem is in the alcohol level since it competes with the liver when it comes to glucose production when the blood sugar is low. That may lead to severely low blood sugar within 24 hours after drinking, especially if you are on insulin or other anti-hyperglycemic medicaments.

Plus, alcohol will probably disturb your judgment, and you may not realize on time that you have a problem with low blood sugar.

The best way to protect yourself is to avoid drinking beer on an empty stomach. In most cases, the recommended daily alcohol consumption is one drink for women and two for men. That way, it won’t cause hypoglycemia. Remember that you should consider a can or bottle of 12 ounces (0.33 l) as one drink!

If you consume beer moderately, it can be a significant part of your healthy diet. On average, it includes:

Most beer types don’t contain fat and have only a little sugar and additives.

Since yeast allows the production of alcohol from sugar, it is a vital element in beer brewing. As a result, this drink has a low sugar level. The only exception is the non-alcoholic one since manufacturers can produce beer without alcohol but can’t solve the remaining sugar problem in such a case. 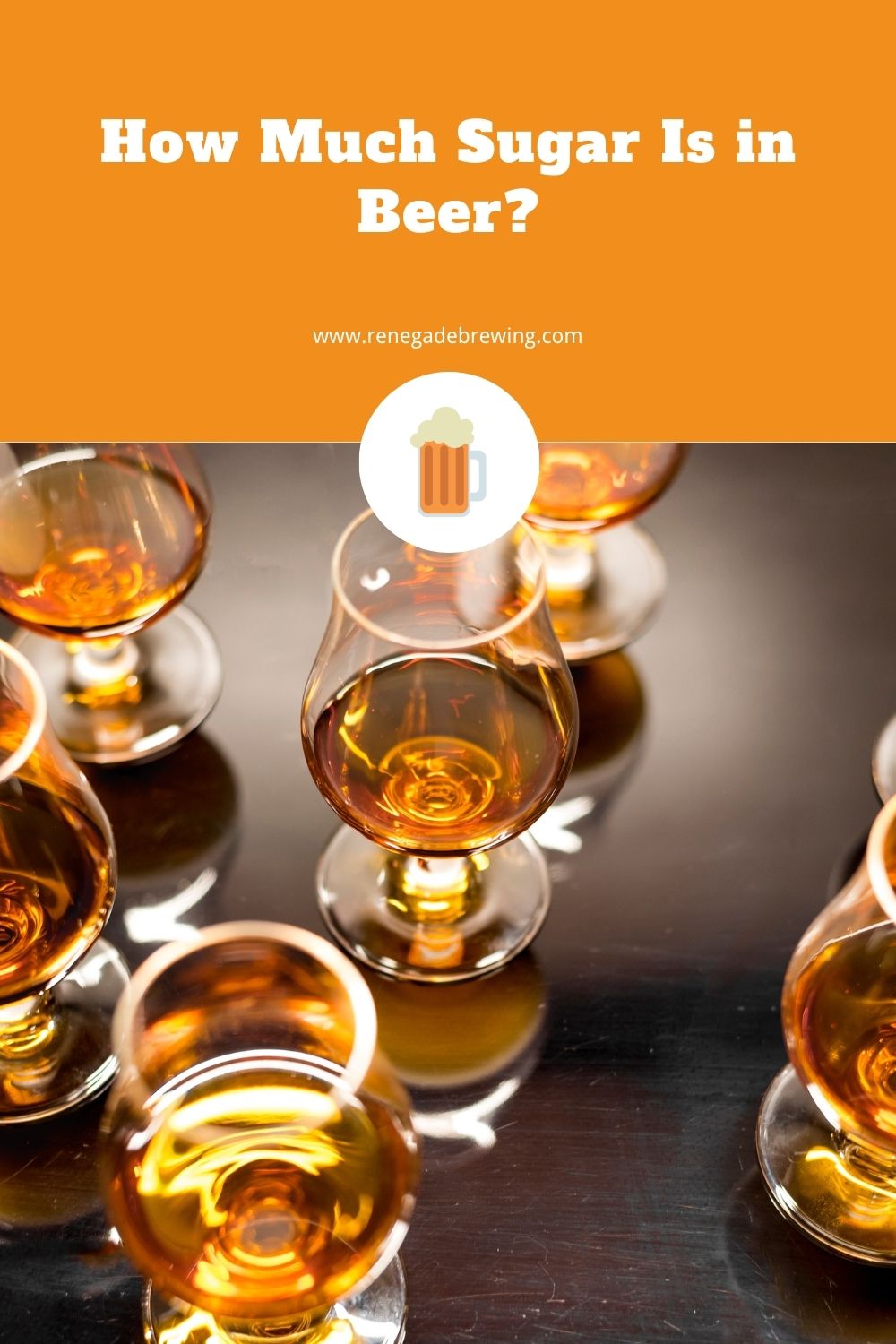