Root beer is often seen as a healthy alternative to standard beer. But if you’re trying to manage your caffeine intake, you’ll want to know whether it contains caffeine – and how much. 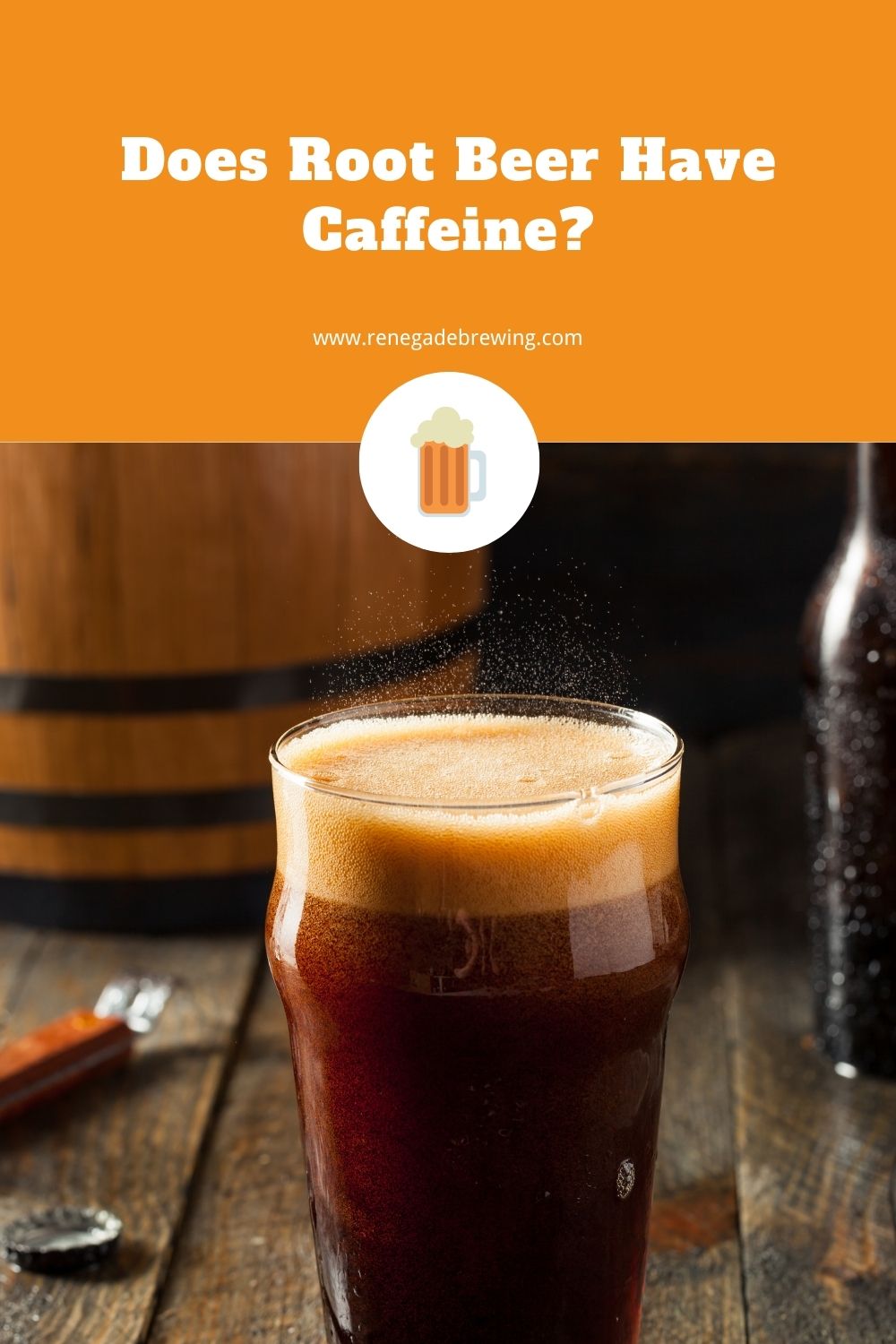 The answer isn’t entirely simple – but don’t worry. We’re going to consider the question of does root beer have caffeine, and tell you everything you need to know.

So if you’re ready to find out more, let’s get started!

Back to the Root Beer

If you want to find out what a drink contains, a good place to start is looking at how it’s made.

The first ever root beer was made by a man by the name of Charles Hires. Hires began bottling his drink towards the end of the nineteenth century. But he was drawing on a much longer tradition.

Native American peoples had been brewing drinks from the root of the sassafras plant for generations. Hires was following in their footsteps, and he originally planned to call the drink “root tea”.

But while Hires himself was teetotal, he knew that his main customers – the coalminers of Pennsylvania – very definitely were not. The name “root beer” was chosen instead – even though it didn’t contain any alcohol.

It also didn’t contain any caffeine. There’s none in sassafras, nor in any of the drink’s other ingredients. So root beer doesn’t contain caffeine, right?

As root beer became more and more popular, different manufacturers started to develop their own products.

Instead of using sassafras as their base, some were brewed with sarsaparilla root. Plenty of other flavors were included in different recipes besides.

Birch bark, juniper, coriander, licorice, hops, allspice, vanilla beans, dandelion and burdock all featured. You’ll find many of them in traditional and modern root bears to this day.

None of these ingredients, however, include caffeine. And indeed, most root beers don’t have any caffeine at all. But some do.

Barq’s root beer, like the one made by Hires, was first bottled back in the nineteenth century. Barq’s contains lots of ingredients found in other root beers – plus caffeine.

So how did that caffeine get in there? Well, Barq’s added it separately. The idea wasn’t to alter the flavor – caffeine doesn’t have any flavor at all – but to alter the drinking experience.

As any coffee lover knows, caffeine delivers a kick to the system. It can make you feel brighter, more alert and more awake. By adding caffeine, Barq’s made itself stand out from the root beer crowd.

Its marketing slogans through the years drew attention to this distinctive selling point. “Barq’s For Sparks!” went one, and “Barq’s Has Bite!” was another.

Do you want to avoid caffeine?

Most manufacturers, though, haven’t followed the Barq’s lead. A&W, Mug and even Barq’s own diet brand of root beer are all caffeine free. If you’re trying to reduce your caffeine intake, then, there are lots of root beers to choose from.

If you’re buying a root beer that isn’t listed here, check the label first. In the USA, any foods that have caffeine added, rather than occurring naturally in the ingredients, have to list it separately.

There’s nothing in traditional root beer that contains caffeine. That means if you’re buying your root beer in the US, and caffeine isn’t listed as an ingredient, it’s caffeine-free.

But for some folks, a caffeine buzz is part of the root beer drinking experience. If that sounds like you, Barq’s regular recipe is the one to pick.

Just don’t buy it from the Coca-Cola Freestyle machines, as the version there doesn’t have caffeine. That’s because the machines use the same basic formula for the regular and diet root beers.

And watch out if you’re buying Barq’s in the state of Utah too. The regular recipe you’ll find there usually doesn’t have caffeine. That’s because of a demographic quirk. A high proportion of followers of the Church of Jesus Christ of Latter Day Saints live there, and they eschew caffeine.

How much caffeine is there in caffeinated root beers?

The only root beer with caffeine on which we’ve managed to find any data is Barq’s. That contains 22.5 milligrams of caffeine in a 12-ounce serving.

And it’s lower than many other soft drinks too. It has less than half the caffeine of a can of Mountain Dew, Pepsi One or Diet Coke. And it has pretty much the same level as the chocolate versions of Slim-Fast diet drinks.

How much caffeine is it safe to drink?

But while the amount of caffeine in Barq’s regular root beer is relatively low compared to other drinks, it’s still there. So it makes sense to monitor how much you’re consuming.

Different people will have different responses to caffeine, so your body is your own best guide. If you feel jittery after a couple of cans, then don’t repeat the experience.

But as a rule of thumb, most healthy adults can consume up to 400 milligrams of caffeine a day without ill effects. That’s a lot of cans of Barq’s – 17 of them, in fact!

But remember, you’ll also be getting caffeine from other food and drink. If you’re drinking coffee or eating chocolate – or foods flavored with either of those substances – they’ll contain caffeine too.

If you’re watching your caffeine intake, take note of all those foods and drinks to get an accurate picture.

What happens if you drink too much root beer?

Overdosing on caffeine is extremely unlikely. In the very rare cases where it has happened, it involved vomiting and hallucinations.

But the chances of overdosing on caffeine from drinking too much root beer are very small. The caffeine level is low enough that your body would get rid of it before you reached that point.

More common side-effects of too much caffeine include restlessness and difficulty sleeping, anxiety and tremors. Too much caffeine can also cause an irregular heartbeat.

But if you’re worried about the health impacts of root beer, it isn’t just caffeine you need to consider.

Is there alcohol in root beer?

Like caffeine, alcohol isn’t part of the traditional root beer recipe. But also like caffeine, that hasn’t stopped some manufacturers from adding it in!

Brands like Coney Island, Not Your Father’s, and Best Damn Brewing Co all produce root beers containing alcohol. They can be pretty strong too.

So if you’re drinking root beer, remember to check the label!

Are there any other ingredients to watch out for?

As we’ve seen, traditional root beers were brewed with sassafras or sarsaparilla root. Both ingredients are now banned in the US by the Food and Drug Administration.

That’s because they contain safrole, a compound which was found to be carcinogenic. There are still heated arguments about the science behind this. But either way, you won’t find those ingredients in modern root beers.

Instead, in most cases the root beer taste comes from artificial flavors that mimic sassafras.

One other ingredient to take note of is one that pops up far more frequently in our diets: sugar.

Root beers generally contain a lot of it! A 16.9-ounce bottle of A&W Root Beer has 64 grams of sugar. And a can of Barq’s regular recipe has 44 grams of sugar, courtesy of the corn syrup in contains.

The daily recommended amount of added sugar for an adult is 50 grams. That means that just one serving of root beer can take you over that limit all by itself.

If you’re watching your weight, then, be careful how much root beer you drink. And make sure you clean your teeth regularly to avoid the dental problems sugar can cause.

But don’t feel you need to give up root beer altogether. As an occasional treat, sugary versions are fine. And there are some great sugar-free options out there.

Barq’s Diet Root Beer ditches the corn syrup in favor of aspartame. The result is a root beer that contains no sugar and no calories. (And unlike the regular Barq’s, this one is free of caffeine too.)

And GuS Root Beer is a tasty lower-sugar alternative from Grown-up Soda. It uses cane sugar, so if you want to steer clear of artificial sweeteners, it’s a good choice. But a bottle of this has only 95 calories, compared to the 170 calories in a bottle of A&W.

Ready for a root beer?

We hope you’ve enjoyed learning more about root beer and caffeine! If you’re trying to moderate how much caffeine you drink, you needn’t worry. There are lots of brands that don’t contain any caffeine at all. And even Barq’s has only a moderate amount.

But remember to watch out for sugar levels. They can be much more of a concern in terms of the impact on your health. And remember that some root beers contain alcohol – and they can be stronger than you might expect!

Like all things, root beer is great in moderation. Enjoy your next glass! 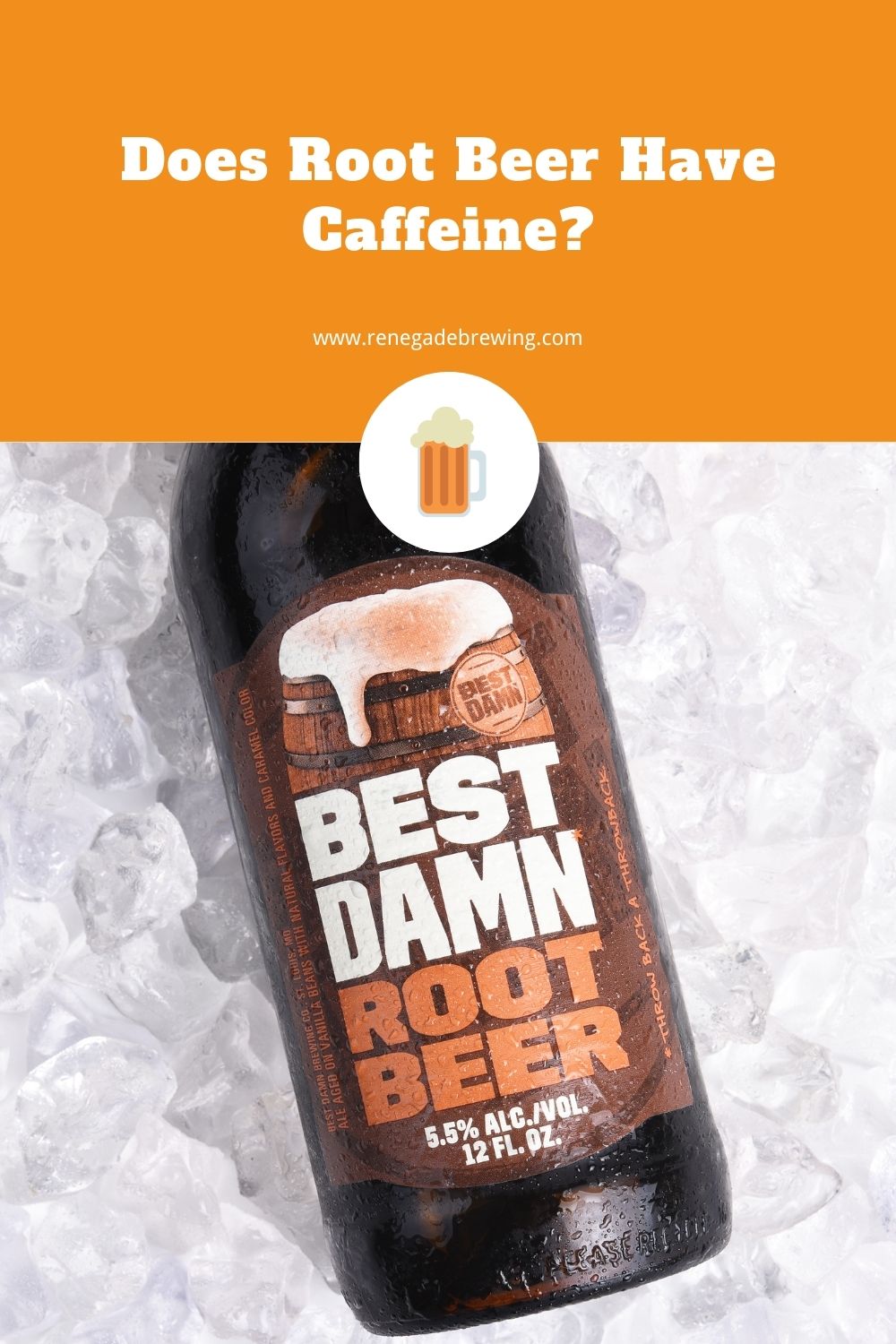