The world of craft beer is abuzz with new brews and years-old classics. Fat Tire is among the most enduring classics of the fast-paced craft beer scene. Even as new beers seemingly hit the market almost every other day, few can stand up to the flagship beer of the New Belgium Brewing Company. 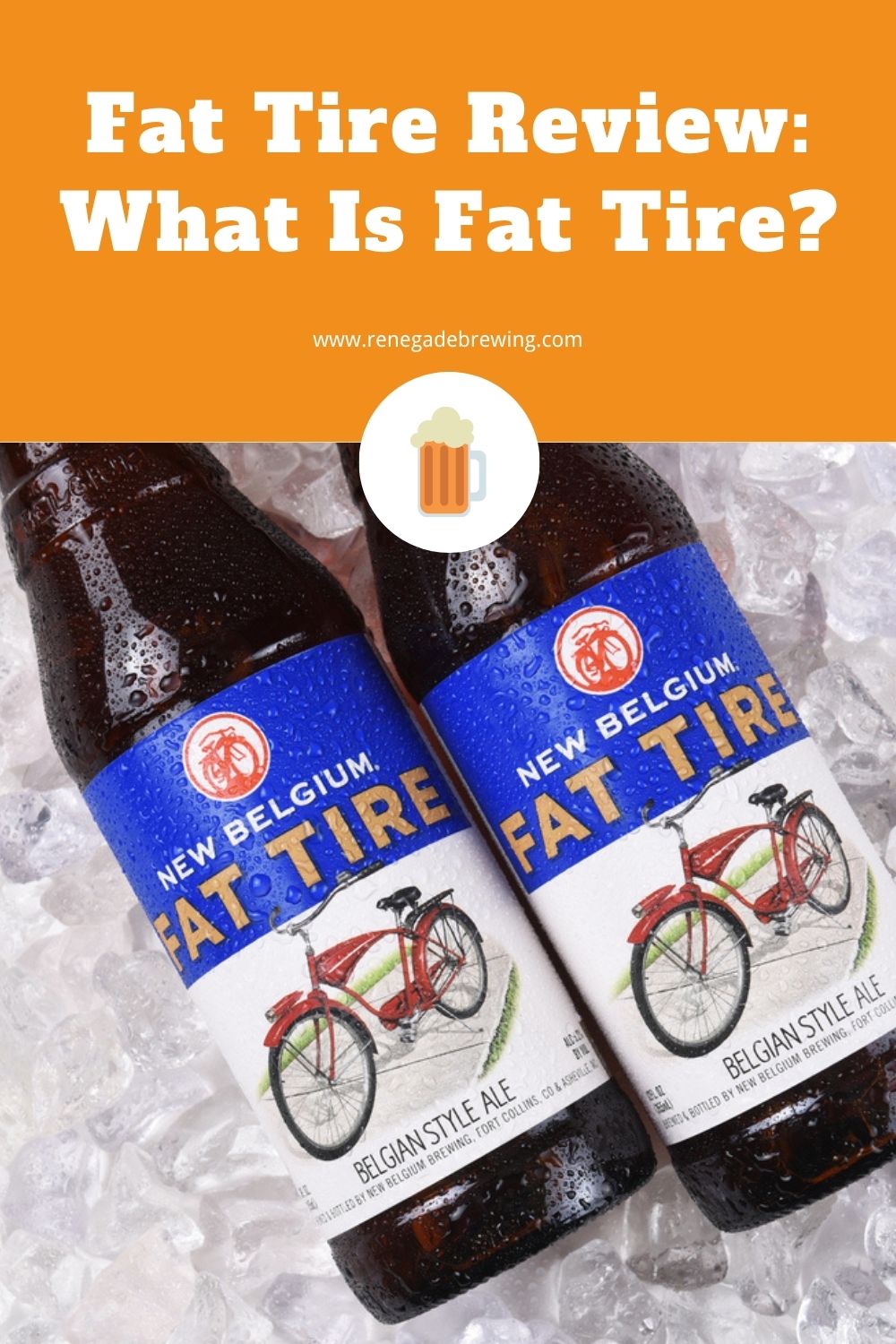 With its deeply Coloradoan roots, this beer has an interesting history and an equally fascinating profile. Whether you are new to the world of craft beer or you are just curious about the whole fuss behind this particular booze and wondering just what is Fat Tire?’ this article will give you the lowdown on everything you need to know. Read on and enjoy the ride!

What Is Fat Tire: A Brief Definition

Fat Tire is a red amber ale beer brewed by the nationally distributed New Belgium Brewing Company. The name ‘Fat Tire’ is a play on the nickname for mountain bicycles in Colorado.

Not to be confused with a flat tire, a beer tire, or fatty tires, Fat Tire has become synonymous with any easy-drinking amber ale brewed for beer amateurs who are dipping their toes into the vast pool of craft beer.

We’ll talk more about the profile including appearance, aroma, and flavor in a bit, for now, let’s dig into the history of this popular beer offering.

The History of Fat Tire Beer

In 1989, a young, thirty-something-year-old engineer by the name of Jeff Lebesch from Colorado, set off on a bicycle tour of Belgium. He opted to use a ‘fat tire’ also known as a mountain bike to explore the landscape and connect with the people in a way that a bus, car, or train would not have made possible.

On his extensive tour of the city of Bruges, Jeff stopped over at the Bruges Beertjes bar. As it was a weeknight, the bar would normally have been closed. But, the day that Jeff stopped over happened to be a national holiday and the bar was open that evening. Jeff went in to find an empty bar but as fate would have it, this was the perfect day to visit this particular bar. It was the day that his life would change forever.

Inside the bar, Jeff met the bar owner, and being the only patron that evening, this allowed the two to chat extensively about all things Belgian beer. As Jeff patiently listened, the pub owner went into great detail about the history, beer styles, brewing processes, spices, and science of beer-making in the country. Needless to say, Lebesch left that bar with a flaming desire to learn more about Belgium’s brewing tradition.

When he went back home to Colorado, Jeff knew that he wanted to brew a world-class drink that borrowed from the rich Belgian culture he had learned about. These were the early formations of what would eventual become Fat Tire. After playing around with the idea and many rounds of experimentation in their basement, in 1991 Jeff and his social worker wife, Kim Jordan, founded the New Belgium Brewing Company.

The first beer that the New Belgium Brewing Company brewed was Fat Tire. In the early days, all the brewing and operations took place in the basement of the couple’s house. One year later, in 1992, the two moved the company away from their home to a location in Fort Collins, and a decade after that they installed another brewing facility in their initial brewery in Fort Collins. In 2016, New Belgium set up their second brewery in North Carolina where operations are still ongoing.

Today, Fat Tire is a bulwark of the craft beer industry in the US. One can hardly mention craft beer in a sentence and not elicit references to Fat Tire. If it were not for that maiden trip to Belgium, New Belgium, and indeed Fat Tire might not have been a reality. Perhaps as a way to pay homage to the humble mountain bike, New Belgium adopted the image of a bicycle as its logo. Now every time you see a beer branded with a bicycle icon, you know for sure that it is nothing other than a Fat Tire.

Other than its interesting history, the Fat Tire beer is as peculiar as amber ales can be. Let’s take a look at the unique characteristics of this beer. By the way, if you would like to learn more about different beer styles, check out this helpful video.

When we talk about the appearance of the beer, what we are referring to is the color, clarity of the drink, the head and head retention, as well as the lacing.

Fat Tire has attractive copper and caramel color tones. Made using bottom-fermenting yeast, this ale boasts vibrant clarity that is topped by a small head. The head laces lightly with every sip of the ale. A stemless wine glass will accentuate the bold yet relaxed appearance of a Fat Tire.

Aroma is the notes that hit your nose when you lift a glass or bottle of beer to drink. Among craft beer lovers, there is a love-hate relationship when it comes to Fat Tire’s aroma. Some feel that the aroma is so subdued that it doesn’t leave any strong impression. On the other end, keen drinkers will pick up an underlying malty and bready aroma coming from the choice of yeast. From afar, there are notes of caramel but you would have to be very keen to notice this.

The other characteristic to consider is taste. Flavor is arguably Fat Tire’s strongest point and it is why this beer has such a loyal fan base. From the get-go, the brewers were keen to keep hops to a minimum, therefore resulting in a less bitter, smooth, and easy-to-drink beer. There are fewer fruity esters and more malty, bready, and biscuity flavors all coming together to make a clean, no-fuss style of beer. If you are new to craft beers of the amber ale variety, Fat Tire should be on your list of beers to sample.

In addition to its strong flavor profile, Fat Tire ranks fairly on the alcohol by volume sliding scale with an ABV of 5.2 and a calorie count of 160. New Belgium uses its proprietary house ale yeast that gives the cornerstone beer its distinct flavor profile. Willamette, Goldings, Nugget are the hops of choice while Pale, C-80, Munich, Victory malt are used as the base grain in this classic American amber ale.

If you would like to make your own American amber ale, we recommend this easy-to-follow video tutorial. Your beer might not come out like New Belgium’s ale but it is definitely worth a try if you want a no-frills, easy-drinking beer.

As part of their humorous, people-oriented, and fun-loving culture, Fat Tire quips that it ‘pairs well with people.’ But, all jokes aside, this amber ale will fit in well at any barbeque shindig. Served straight up from the bottle or in a stemless glass, the laid-back aroma and malty flavors go very well with any roasted food including roast chicken, roast potatoes, and of course,  herb-rubbed beef, lamb, or pork.

It is hard to answer the question ‘what is Fat Tire?’ without mentioning New Belgium’s commitment to sustainability. Not only is the company one of the few breweries that are certified B-corporations; it is also the first one to distribute the first certified carbon neutral beer, Fat Tire.

Beer-brewing is not only a carbon-intensive process, but the entire supply chain from the growing of wheat to the harvesting of water all contribute to the world’s carbon dioxide burden.

New Belgium is playing its role in lowering the carbon dioxide burden by making energy-efficient investments. For example, its breweries use energy-efficient installations to power the energy-intensive brewing processes. They are also improving refrigeration management, increasing hybrid vehicles to their fleet, and working with suppliers who equally adhere to green practices.

So, the next time you sit back to enjoy your chilled can of Fat Tire, pat yourself on the back for helping to save the world from the vagaries of climate change and environmental upheaval.

The idea behind Fat Tire was brewed in an empty pub in Belgium. But, its roots are classically American. While Belgian ales tend to have a more pronounced fruity flavor, their American counterparts, such as New Belgium’s flagship beer embrace bold malty and bready notes.

That said, Fat Tire is everything you would want in an introductory craft beer. Hops are kept to a minimum and although the aromas are subdued, there is a big emphasis on flavor. These attributes make this ale extremely drinkable; a beer that you would go back to time and time again. 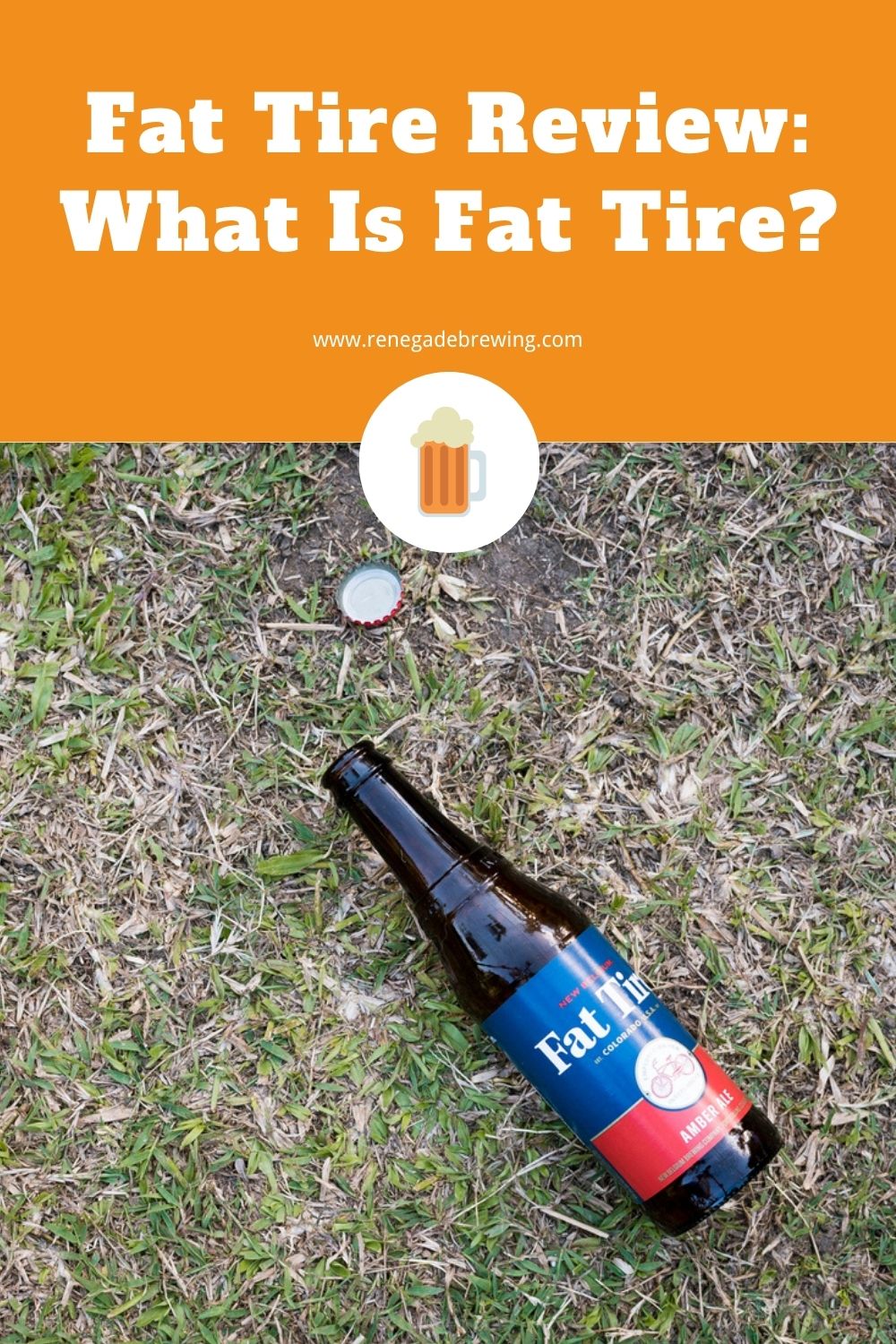 1 thought on “Fat Tire Review: What Is Fat Tire?”