You may have heard that beer was invented by women. And that hops were discovered by Saint Hildegarda de Bingen sometimes called Sibyl of the Rhine. First, what exactly are hops, and why do we put them in beer? Hops are a type of flower or plant cone. They give the beer a distinct flavor and aroma, adding a touch of desirable bitterness to your glass. They also help preserve beer.

Hops retain the foam and freshness of your beer. But before hops, beer was sometimes flavored using gruit, and some still see it as a workable alternative to hops. And because lots of us prefer our beer without hops, let’s explore some popular options for lovers of hop-less booze. Mind you some no-hops beers are actually low-hops beers, so be wary if you have zero-hops-tolerance.

Before we go further, any true zymurgist will tell you a beer – by definition – must have hops. If it has no hops, then it can’t be classified as beer. You may give it a different name like porter or wine, but it’s technically not beer. And it tastes sweet in ways some drinkers dislike. So whether you’re allergic to hops or you just prefer a different type of brew, let’s check out your choices.

Yes, gruit (sometimes spelled gruyt or grut) is a special mix of herbs used to make beer in the olden days. Gruit was used long before hops were an option, so it’s a sort of retro-styled brewing ingredient. And brewer Annick De Splenter revamped this magical mix and branded it.

Gentse Gruut is a hop-less beer named for its hometown, Grote Huidevettershoek in Ghent. It comes in blonde, white, amber, brown, and inferno. It took over two years of research to perfect her recipe in a top scientific lab. Her gruit replaces hops with traditional herbs and spices. 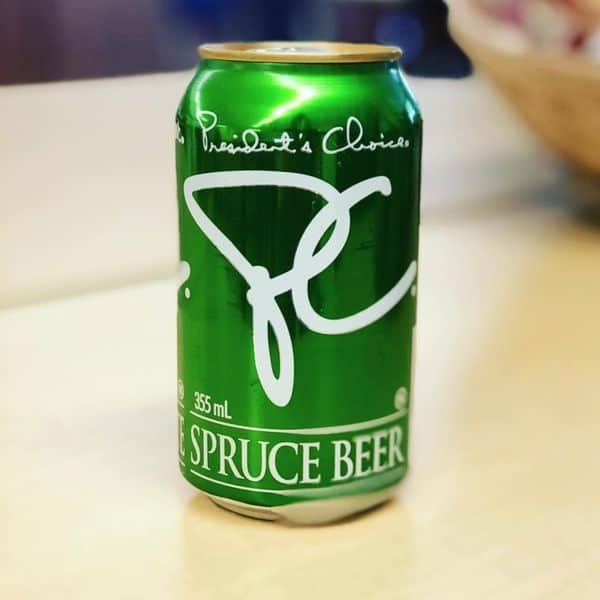 Purists won’t touch spruce beer because it often contains low levels of hops. But it’s artisanal and it relies on its other ingredients to drown the hoppy taste. The hops were boiled to make ‘hop water’ then mixed with sugar and molasses to make grain-free gluten-beer. It was an economic decision – American barley crops often failed and it was too pricy to import cereals. 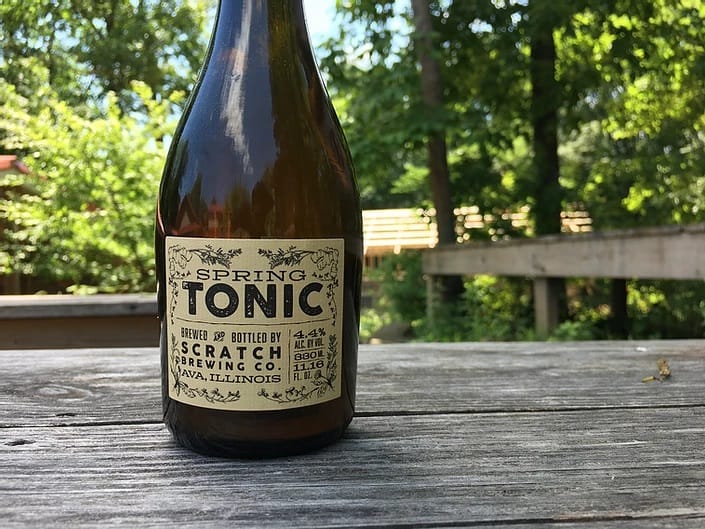 Another alternative to the anti-hops brigade is sour fruity beer. Spring Tonic is a prime example. It’s a craft beer bittered with spring garden greens. These include carrot tops, dandelions, ginger, clover, and citrus sprouts. This top drink comes from Scratch Brewing and is bottled in an elegant green wine-like package. The brewery is based in Ava, Illinois. Its ABV is 4.4%. 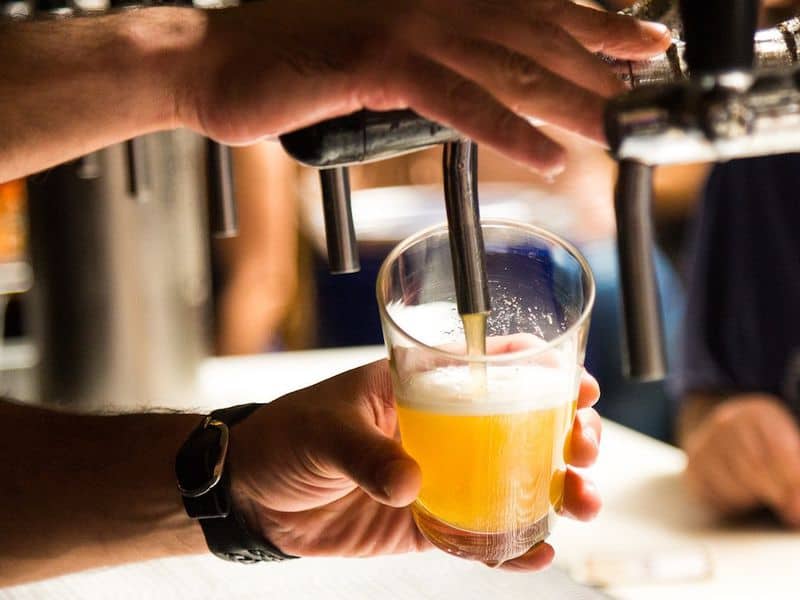 You might be looking for beers without hops because you’re allergic. But if you like the taste without the waste, you can opt for modified yeast. Scientists at UC Berkeley have developed a type of yeast that tastes hoppier than hops but uses minimal environmental resources. Charles Denby and Rachel Li have now launched Berkley Brewing Science to scale up their operation. 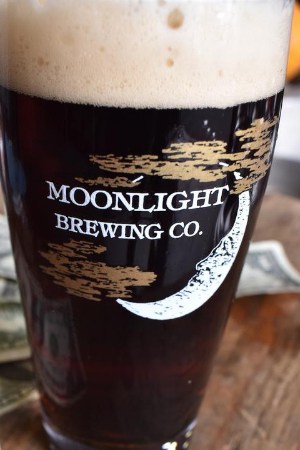 With a name like that, you’re already impressed. This special brew comes from Brian Hunt of Moonlight Brewing. The limited-edition drink uses redwood branches in place of hops. They give you the same taste and flavor you get from hops but none of the water waste. (It takes 50 pints of water to grow enough hops for a pint of beer.) Just drop the fresh leaves into the beer vat. 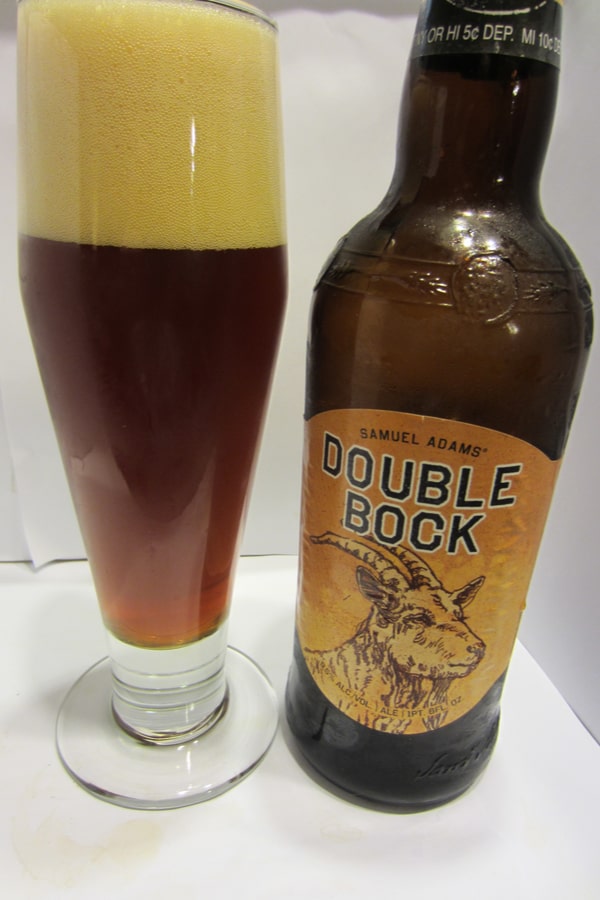 You can brew malt beer at home to be sure it has no hops. In this case, the hops are replaced with green malted corn, bay leaves, coriander, citrus, and black tea. Or you can buy commercial malt-centric craft beer like Sam Adams Doppelbock. This beer has won several awards and its blend of caramel, chocolate, barley, spices, and licorice. It has hops, but you barely taste them. 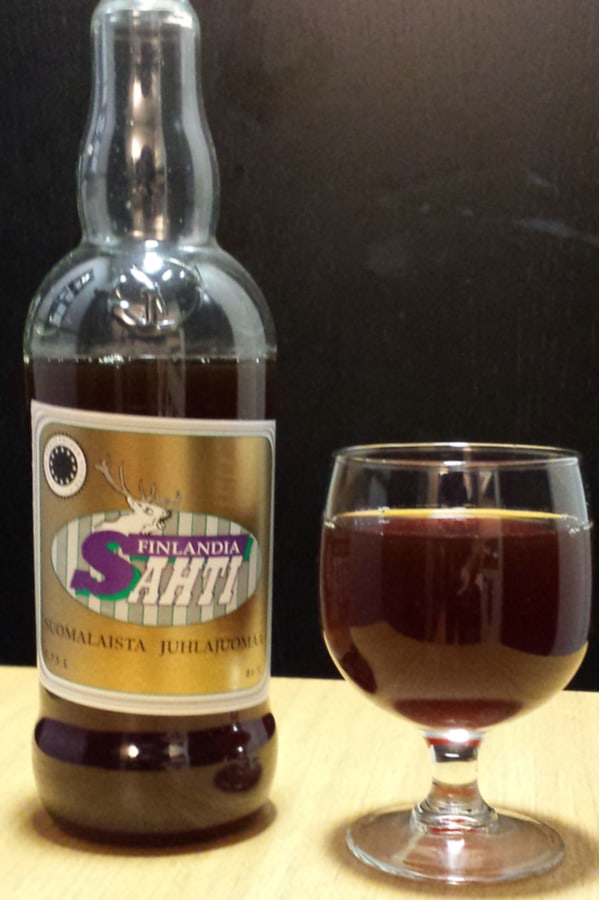 This traditional Finnish drink is brewed with juniper and rye in wooden barrels. The beer would be fermented via pre-heated river rocks dunked in the barrel. The beer wasn’t always boiled – some preferred to fermented it directly from the vat. A modern version of this no-hops recipe is Sah’tea by Dogfish Head. It uses black teas and coriander to replicate that Scandinavian flavor. 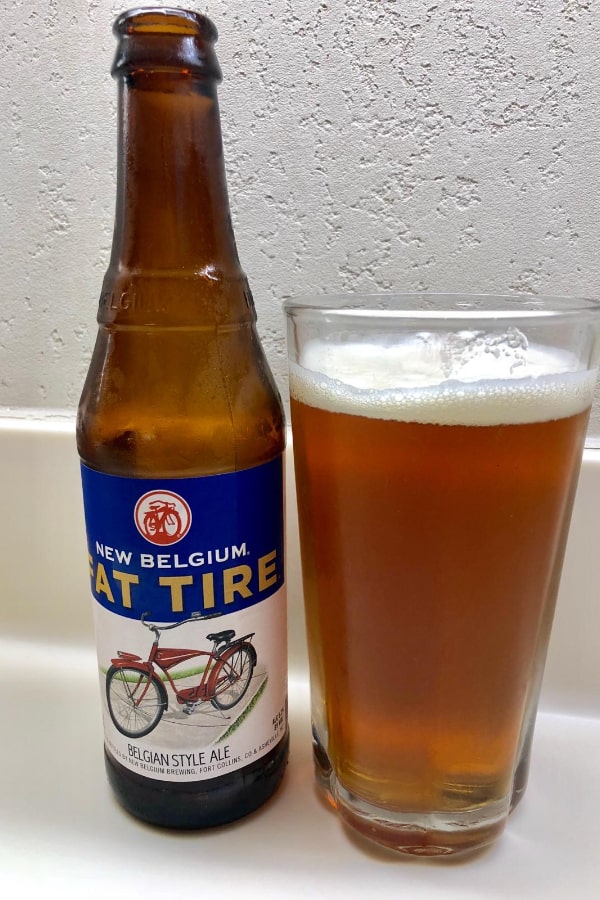 If you’re looking for traditionally-styled ale, get something like Fraoch. This Scottish brew from Williams Brothers uses heather flowers, malted barley, and sweet gale. Its ABV is 5%. Or you could opt for something contemporary like Fat Tire. Both ales have some hops, but the other herbs and flavors overpower the ops, giving them a distinct character and flavor. 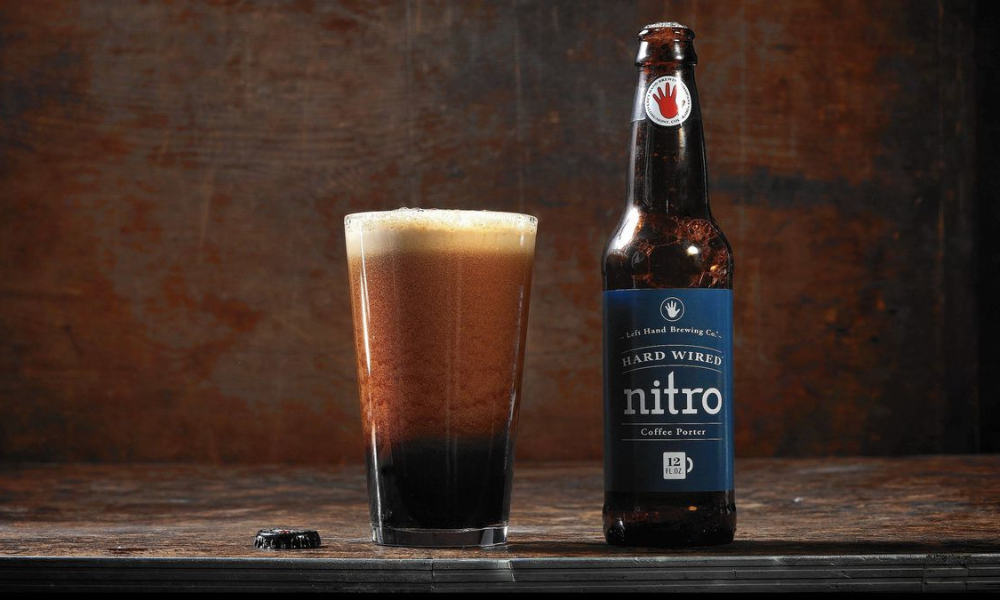 Stouts and porters are well-hopped beverages. So if your reasons for avoiding hops are health-related, you may want to stick to cucumbers. But if you prefer beers without hops from a flavor perspective, try Nitro. It’s a creamy milk stout carbonated with nitrogen. The fizzy mix of coffee and mocha kill any hoppy traces this dark drink may have. Just be sure you can take the lactose.

The Kimmie, The Yink & The Holy Gose 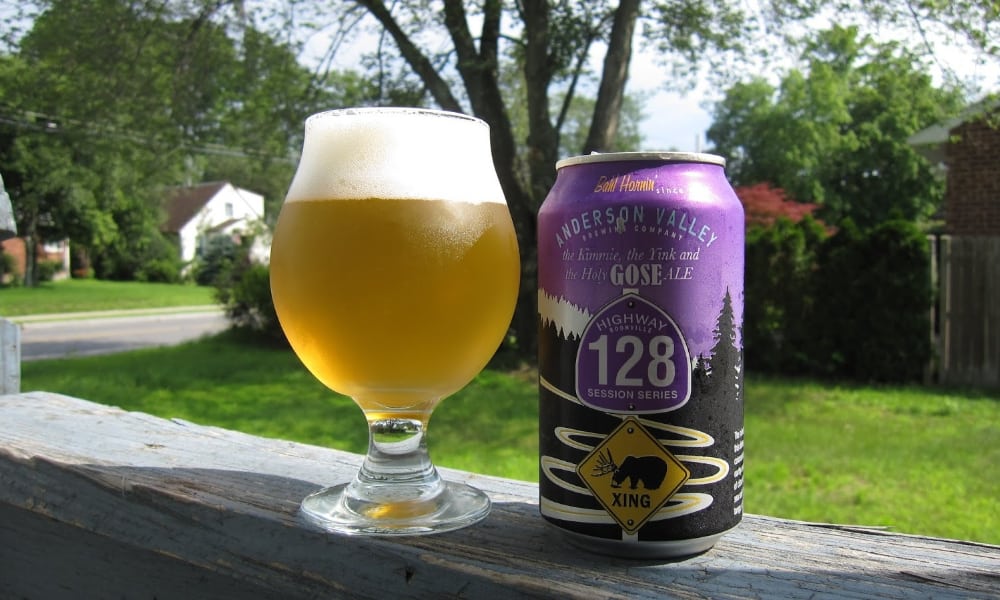 It has a lovely name. Sufficiently quirky and fully artisanal. Gose is a traditional German ale served warm in a weird-looking bottle. Yes, it has hops, but it also has salt (or is brewed with hard water), lemon, and herbs that overwhelm the characteristic bitterness of hops. This American version is flavored with coriander and canned with lemon peels and tropical fruit. 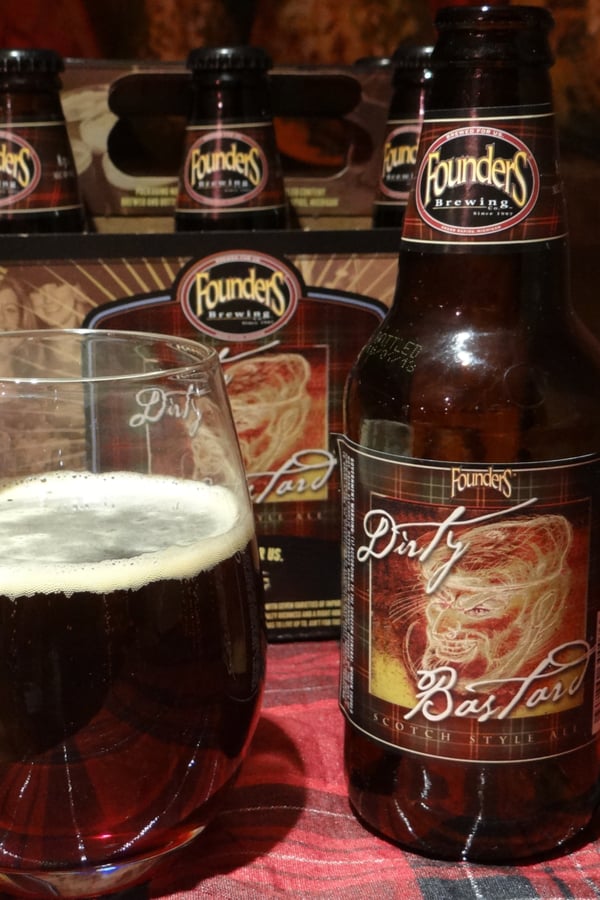 Technically speaking, ale is the opposite of hops because it’s defined as ‘an alcohol-based drink brewed with gruit instead of hops’. But while modern ales do use hops as preservatives, their flavors are strong enough to hide the hops. Dirty Bastard is a heavy malt version with an ABV of 8.5% and a taste profile that includes dark fruits, caramel, peat smoke, and Scotch Ale attitude. 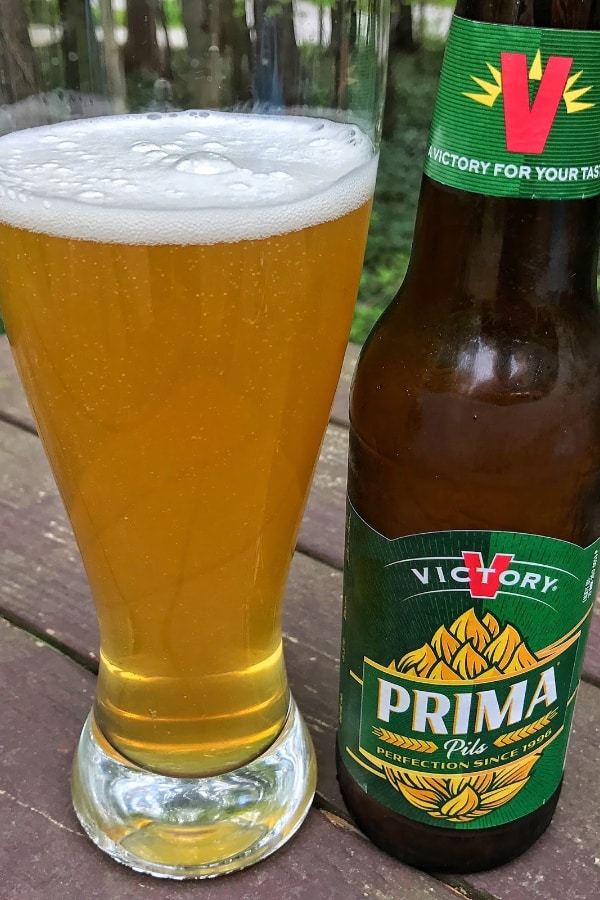 You don’t expect pilsners or lagers on a list of beers without hops. But Prima Pils is a malt-heavy drink and we’re including it here. So far, lots of the alternatives we’ve looked at are dark beers. Prima Pils has floral overtones of herbs and grass in its carefully curated mix of hops. So this is a hoppy beer that tastes nothing like stereotypical hops. It’s an American drink with a difference. 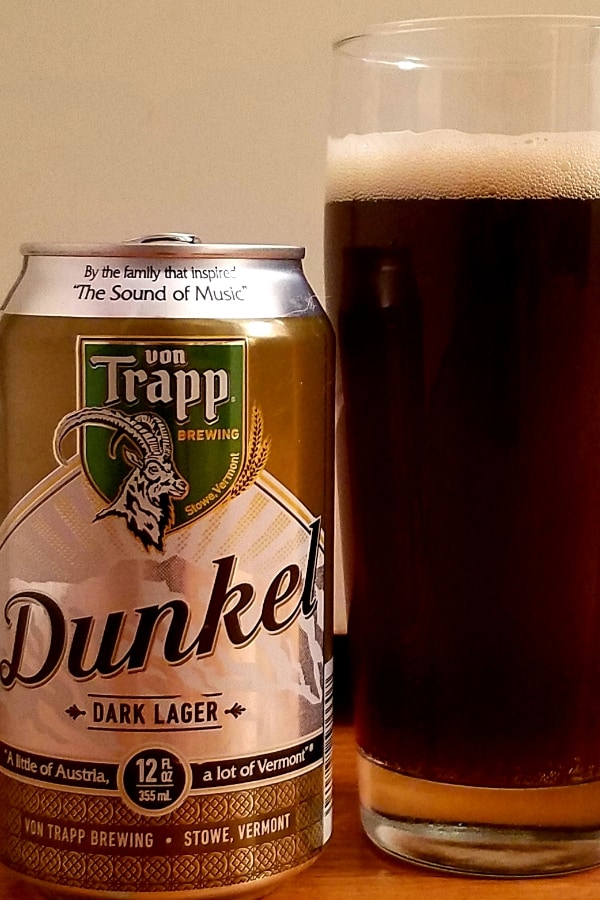 Dunkel is a type of dark lager and this brand has a heavy bready taste that crushes the hops in it. The beer is brewed in Vermont but it tastes authentically German. And while this drink is made in America, it’s brewed by those same Von Trapps. The drink has a rich toffee flavor and aroma that makes you forget all about hops and lets you sink into its smooth, creamy texture and taste. 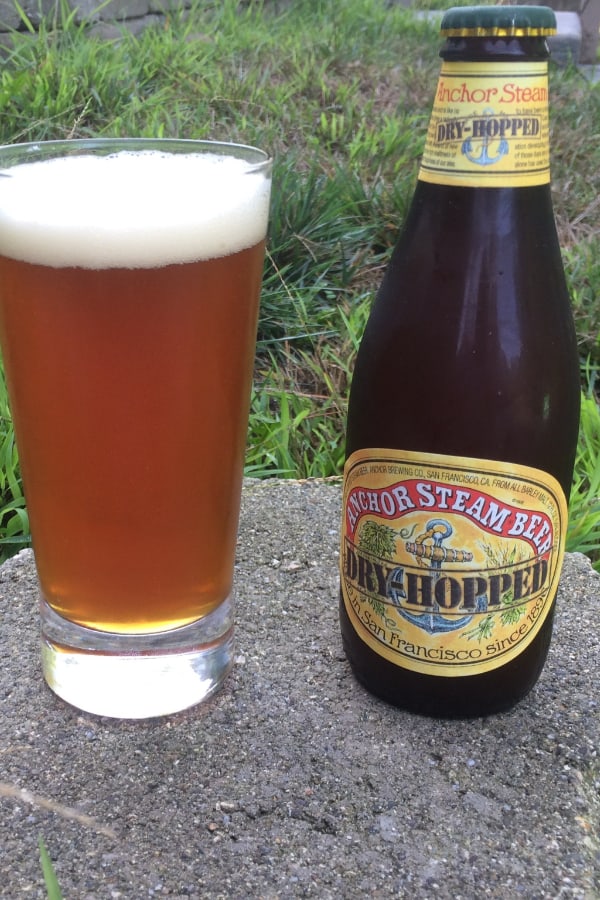 What’s so special about steam lager? The brewing technique is different. And while it contains hops – both in scent and palate – the flavor isn’t as harsh or bitter as typical hops. So while lots of prospectors missed out on the gold rush, they did give us this gold drink. The open vats and caramel malts give the beer an even taste and texture to go with its rich evocative color. 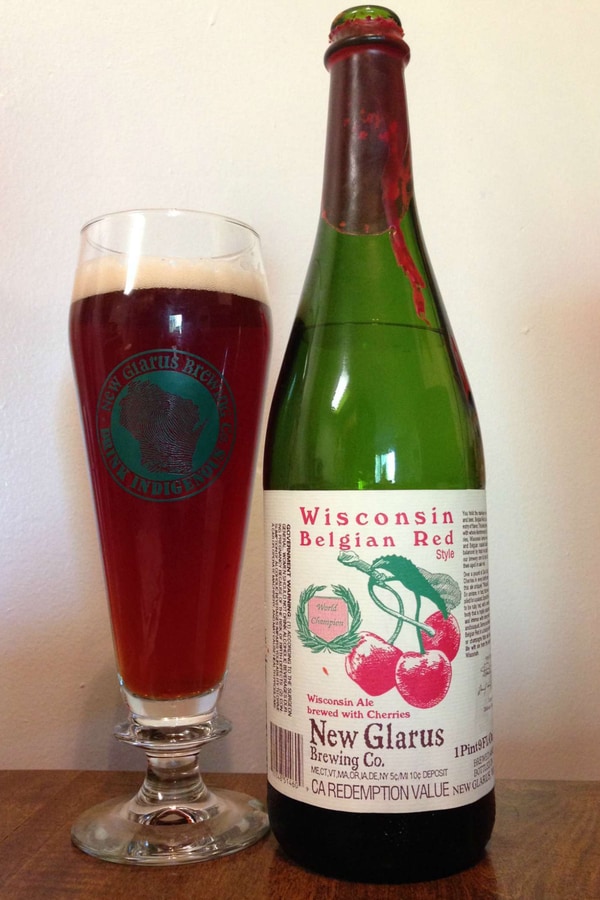 If you don’t like hops, you probably won’t enjoy IPAs. So you might prefer the signature of sour fruit beer instead. It focuses more on the sweet side with a cherry on top – every bottle carries at least a pound of cherries to cancel out the bitterness of hops. This makes it a wine-like kind of beer with roasted wheat and barley aged in oak barrels for a year.  The hops are from Hallertau. 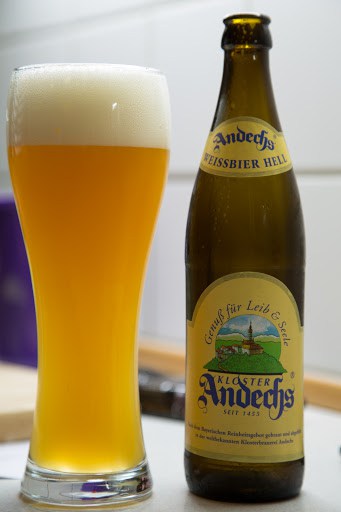 Those names may be harsh on your tongue but this drink most certainly isn’t. First brewed by Bavarian monks, this lager has some unexpected flavors that are as far from hops as possible. Mostly clovers and bananas. Andechs is the monastery where the beer is brewed. Its honeydew melon aroma is the perfect tonic to the bitter background hops in this mountain drink. 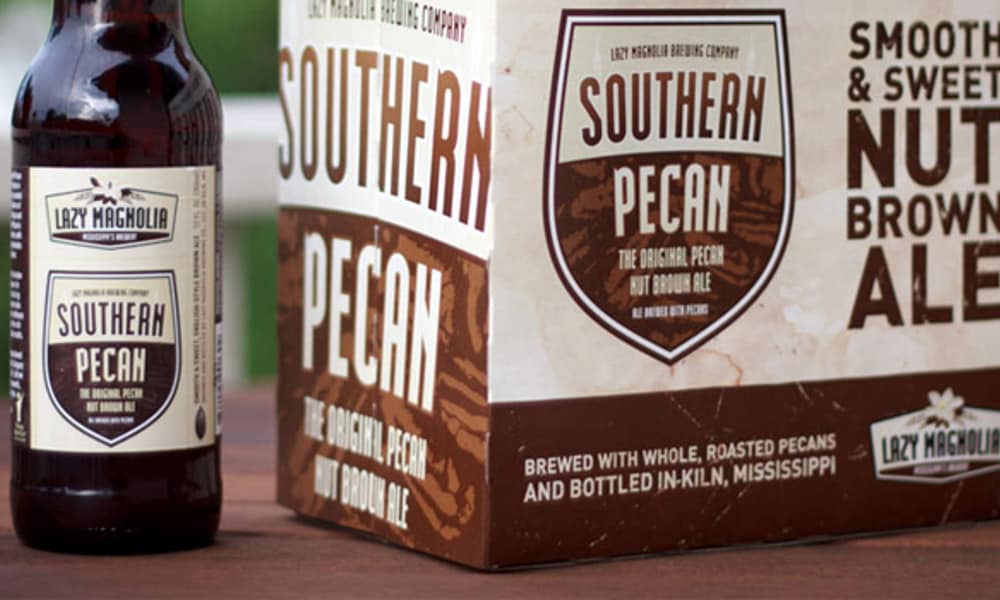 Nuts are a great way to offset the bitterness of hops without losing their preservative benefits. That’s why this day-drinking ale is heavy on the pecans and light on floral flavors. It’s a sweet 4.5% beer brewed in the Old England style of Lazy Magnolia Brewing. It’s a lightly hopped brew that goes great with burgers, steak, or even chocolate. The roasted nuts and caramel work well.

What’s your favorite beer – with or without hops? Tell us why you like it in the comments!