There is a saying that the only people who don’t like beer are those who haven’t found the right one. Indeed, there are so many types of beer that it is hard not to enjoy it. 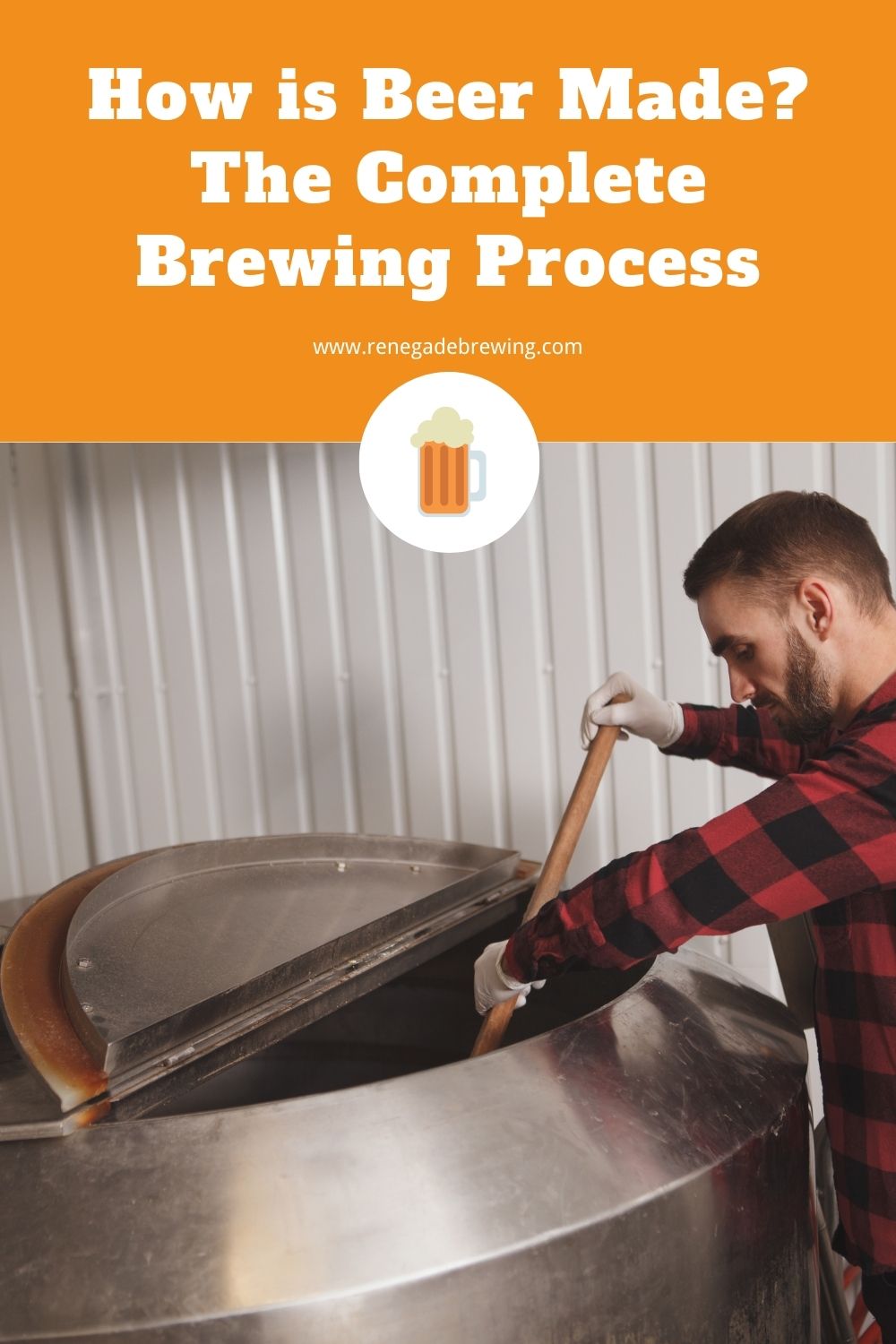 On the other hand, the brewing process is practically the same as several thousand years ago. If you think of starting homebrewing, you will want to know how is beer made. Let’s see.

How is Beer Made: Ingredients

The production of good beer begins with the choice of quality ingredients. While homebrewers often experiment with different additives, the famous beer recipes are a closely guarded secret that breweries follow precisely.

However, each beer contains four main ingredients that are added at different stages of beer production. They all affect final product features like its color, aroma, and alcohol content. 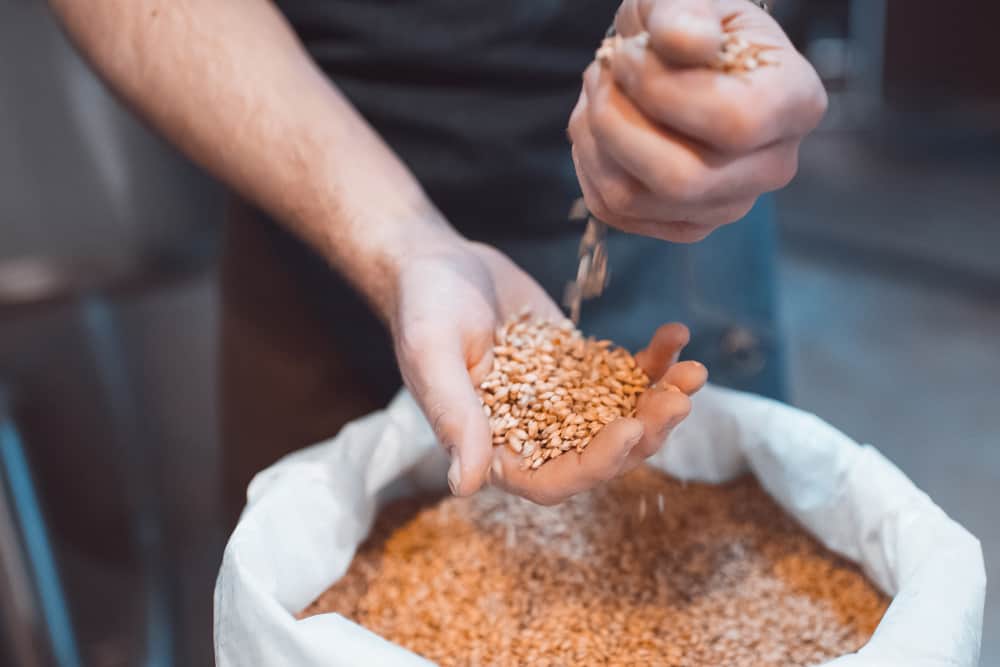 Beer production begins with malting grains. Barley is the most common grain in beer, but some recipes include wheat, corn, and rice. The beer you brew by adding any grains is well-known as all-grain beer.

You can store whole grains for months before brewing. Once you crush or mill them, you need to use them as soon as possible. However, you can also use a malt extract if you prefer that way. That way, you will skip the first stage of production and brew the beer faster and more comfortable.

The downside of this method is losing a chance to get an original recipe to your liking. Instead, the malt syrup you get from the brewery has a predefined aroma that will determine the beer taste.

The amount of hops (Humulus lupulus) you use will determine the beer bitterness. The more flowers you add, the higher is IBU (International Bitterness Unit) value. The rule is to use only the flowers of female plants during beer production.

There are many varieties of hops, and breweries choose those plants that have high levels of alpha acids. Keep in mind that the flowers also contain undesirable beta acids.

The percentage of acids depends on the region and weather conditions in the year of production. Therefore, keep track of hops quality over time to determine the best option for your beer.

There is a phrase among beer connoisseurs that brewers make wort and yeast make a beer. That means the yeast has a vital role in making this beverage.

These single-cell fungi determine the beer type. You should use the ale (top yeast) to ferment the beer at a warmer temperature and the lager (bottom yeast) for cold fermentation.

You can find both types in a liquid or powdered form. The powder has a longer shelf life, but there is a larger selection of liquid yeast on the market. So, you can choose different starters, depending on the beer style you want to brew.

The largest percentage of beer is water. Many homebrewers use tap water when making small amounts of beer. Since the water should be odorless, mass-production breweries chemically adapt the water’s properties to a particular recipe’s needs. It is also essential to calculate its alkalinity and hardiness before the brewing process begins. 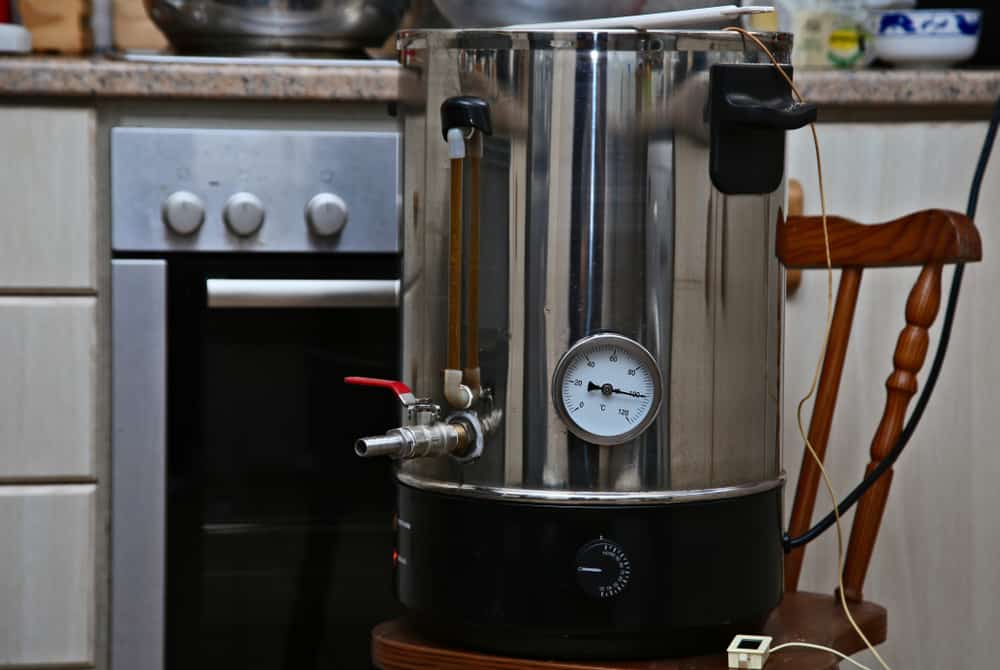 In addition to quality ingredients, you need the proper equipment to make a beer. In most cases, there is no need to transform the room into the lab to make beer for the first time.

Typically, brewing vessels are stainless steel except for the brewing pot, which is always made of copper. You can order one of many starters homebrewing kits online that contain:

You can buy all the equipment you need separately, as well. Keep in mind that many homebrewers choose to measure the wort attributes with a refractometer.

Don’t forget to clean all the vessels thoroughly before using them. If you use un-sanitized equipment, you will risk contaminating your brew and wasting all the effort, time, and ingredients you invested. 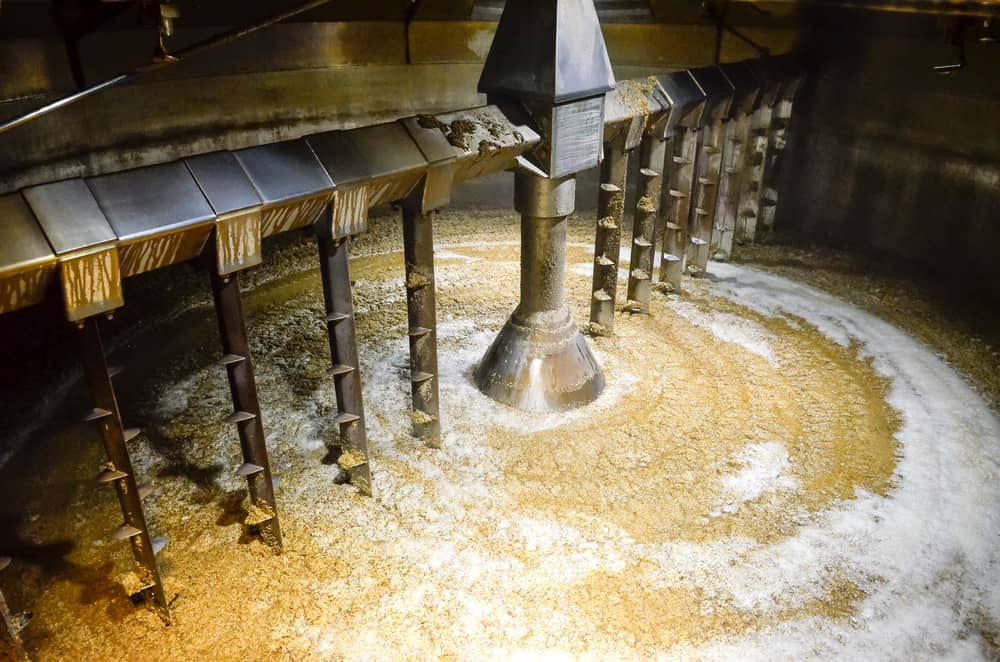 The first thing you need to do when making a beer is to soak ripe grains in the water you change daily. A few days later, you should transfer the grains to a shallow tank and aerate them with constant stirring.

The goal is to cause germination and lead to the production of enzymes such as malt diastase. Enzymes further convert barley and other grain starch into sugars needed for fermentation.

The next step is roasting grains, which will give you a product that brewers call malt. Roasting stops excessive germination, and the exact duration of this phase determines the beer’s color and taste. The longer you roast grains, the darker your beer will be.

Add hot water to the prepared malt to get a mash. A general rule of thumb is to use 6 cups (1.4 l) of water for 1 pound (0.45 kg) of grains, but the water amount depends on the desired mash density.

Be prepared to find the ideal malt to water ratio via trials and errors. On the other hand, you can use a proven recipe you got from a colleague brewer.

The mash needs to go through intense heating at a temperature of 145 to 158 F (63 – 70 C). The mashing lasts about an hour. Once the mixture cools off, you need to filtrate it to get a sub-product full of sugar called wort. 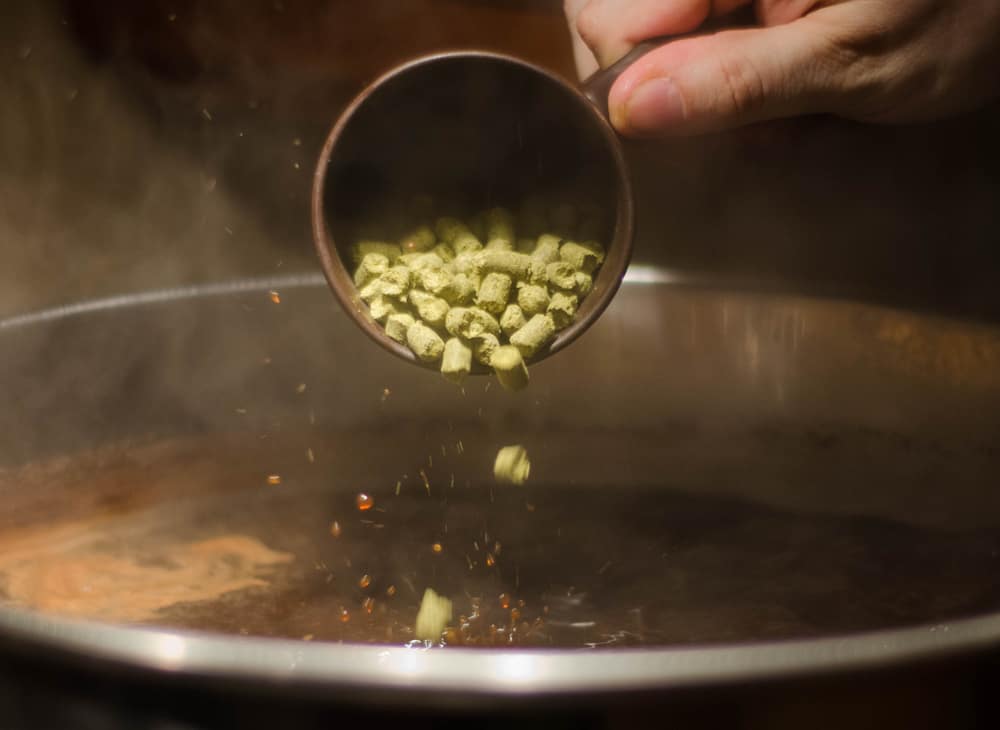 It is time to brew the wort. Traditionally, homebrewers use copper pots for brewing. This phase of brewing takes about two hours.

Add hops to the wort during the wort boiling. If you add the flowers at the beginning of the brewing, you will significantly affect the beer bitterness and taste. Therefore, many brewers prefer to add a dash of hops at the end of boiling to enrich the beer aroma.

The amount of hops you insert depends on the IBU value you want to get. Some beers are bitterer than others, so you need to use the online calculator to do precise measurements. It will be necessary to input the alpha acids value, the wort quantity, and the desired bitterness. 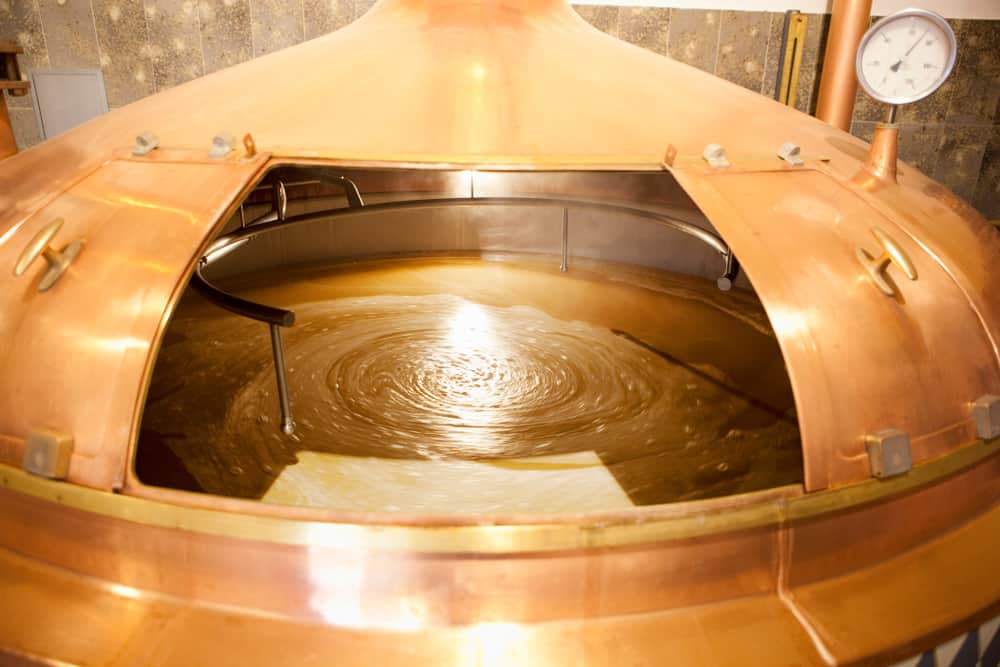 Fermentation is the last phase of beer preparation when it becomes an alcoholic beverage. Alcohol is created as a result of adding yeast, which transforms sugars into ethanol.

It is not easy to determine the exact amount of yeast you need. It will depend on the fermentation type, the temperature, and the amount of hopped wort. Some general rule is that you need 1.75 packs of liquid ale yeast for the ale of 5 gallons (18.9 l). For the same lager quantity, you will need to use three packages.

Top fermentation occurs at a temperature between 59 and 77 F (15 – 25 C). The ale yeast separates on the beer surface as a dense foam after using all the wort sugar. That produces beers with a higher percentage of alcohol. The fermentation process itself takes three to seven days.

Contrary, you can use low or bottom fermentation to make beers with a low percentage of alcohol. This fermentation takes about ten days because the lager yeast is active at a low temperature of 39.2 to 53.6 F (4 – 12 C). In such a case, yeast will settle to the vessel’s bottom after the process is complete. 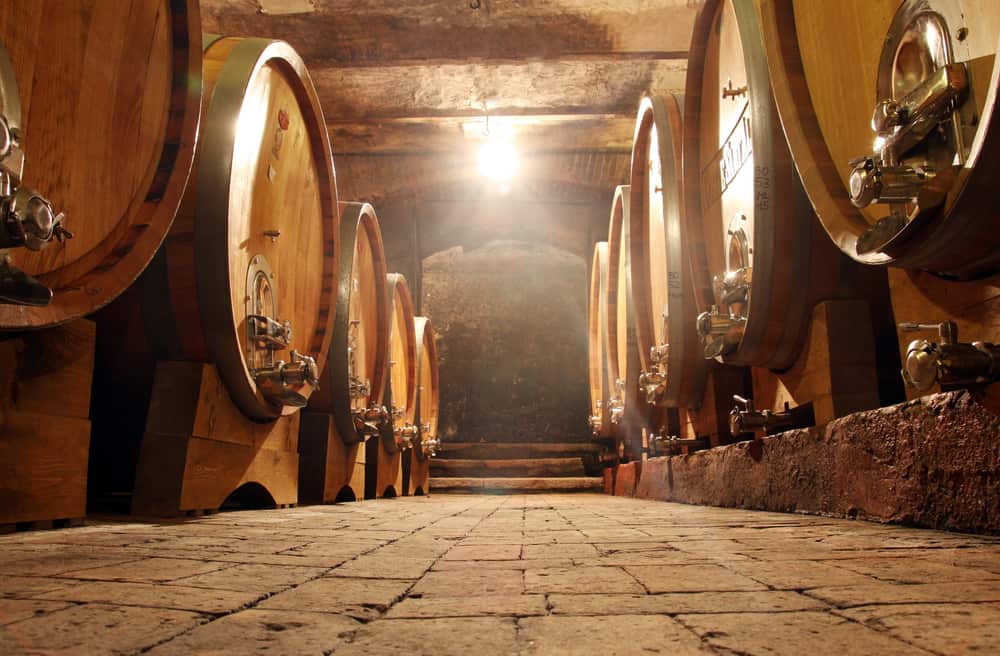 The final product of fermentation is the so-called young or green beer. This drink doesn’t have a pleasant taste because it contains butane-2,3-dione and pentane-2,3-dione. Don’t worry since their level decreases as the beer ages.

This beer goes to cellars for a maturation process that lasts from a few weeks to a couple of months. It will depend on the beer type and the brewery’s preferences.

You can pasteurize your beer, as well. The ones that don’t go through this process have a shorter shelf life and are often referred to as ice beers because you need to keep them refrigerated.

Once the beer is ready for consumption, the packaging process follows. You can decide to use bottles, cans, or rack kegs. It is crucial that the packaging is strong enough to withstand the extra pressure because you need to add carbon dioxide during bottling beer. For this reason, most homebrewers stick to glass bottles and avoid plastic packaging.

If you start homebrewing, you will quickly notice that each brewing stage has its by-products. Luckily, you can use them in multiple ways.

For example, feed animals with leftover grains and remaining hops or use them as fertilizer. The yeast after the fermentation process contains tons of vitamins, and you can use it as a dietary supplement.

If you reuse the same cans and bottles, you will save on the packaging cost and be eco-friendly at the same time.

Brewing is a science project based on quality ingredients, proper equipment, and math. You need to calculate the exact ratio of ingredients, the brewing time, the beer strength, and bitterness.

If you are a novice homebrewer, you can make the process easier by using starter kits, precision recipes, and online calculators. 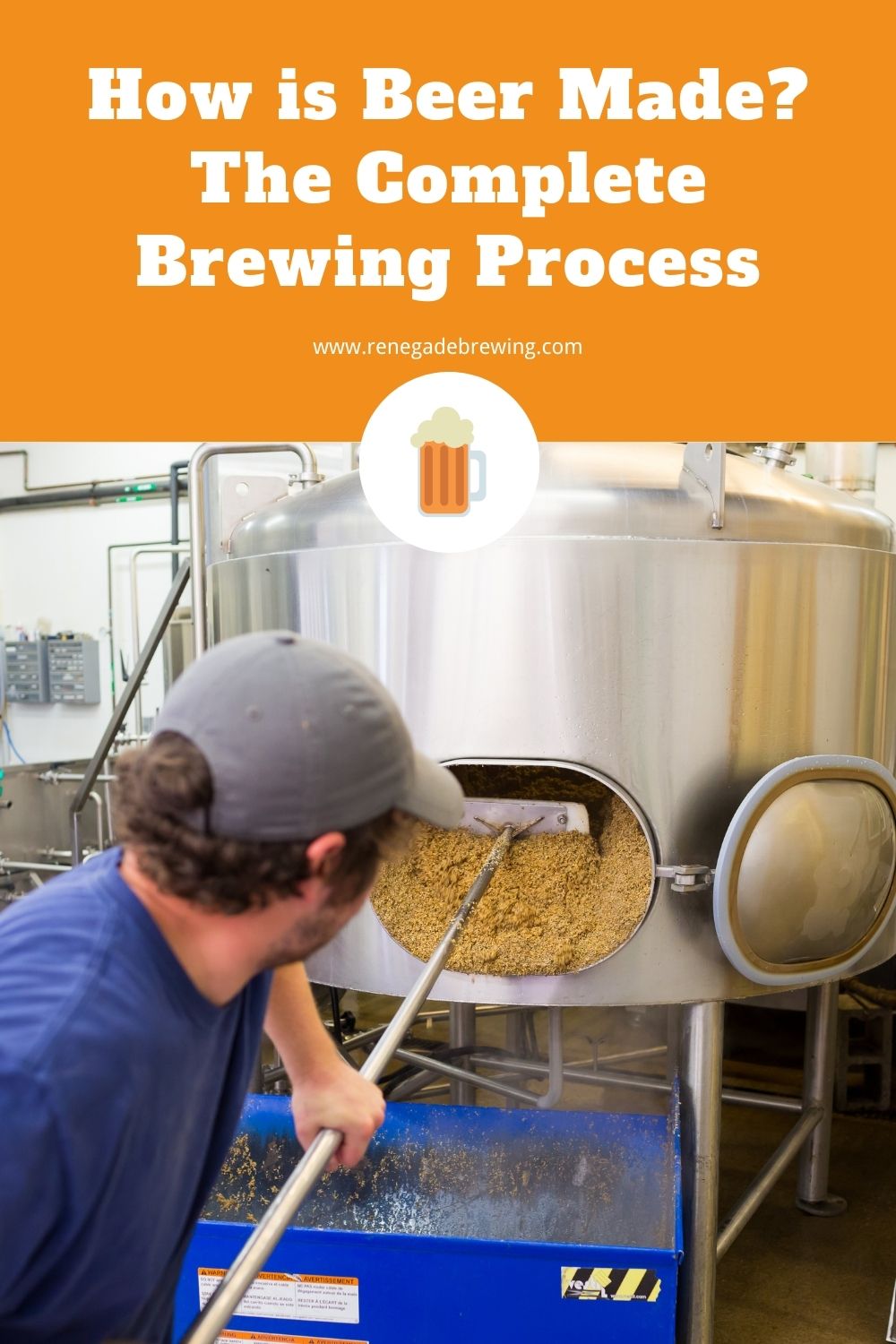