Some people get drunk on one beer, and some enjoy it all their lives without getting drunk. Keep in mind that severe drunkenness leads to alcoholism, and it may have serious health consequences. 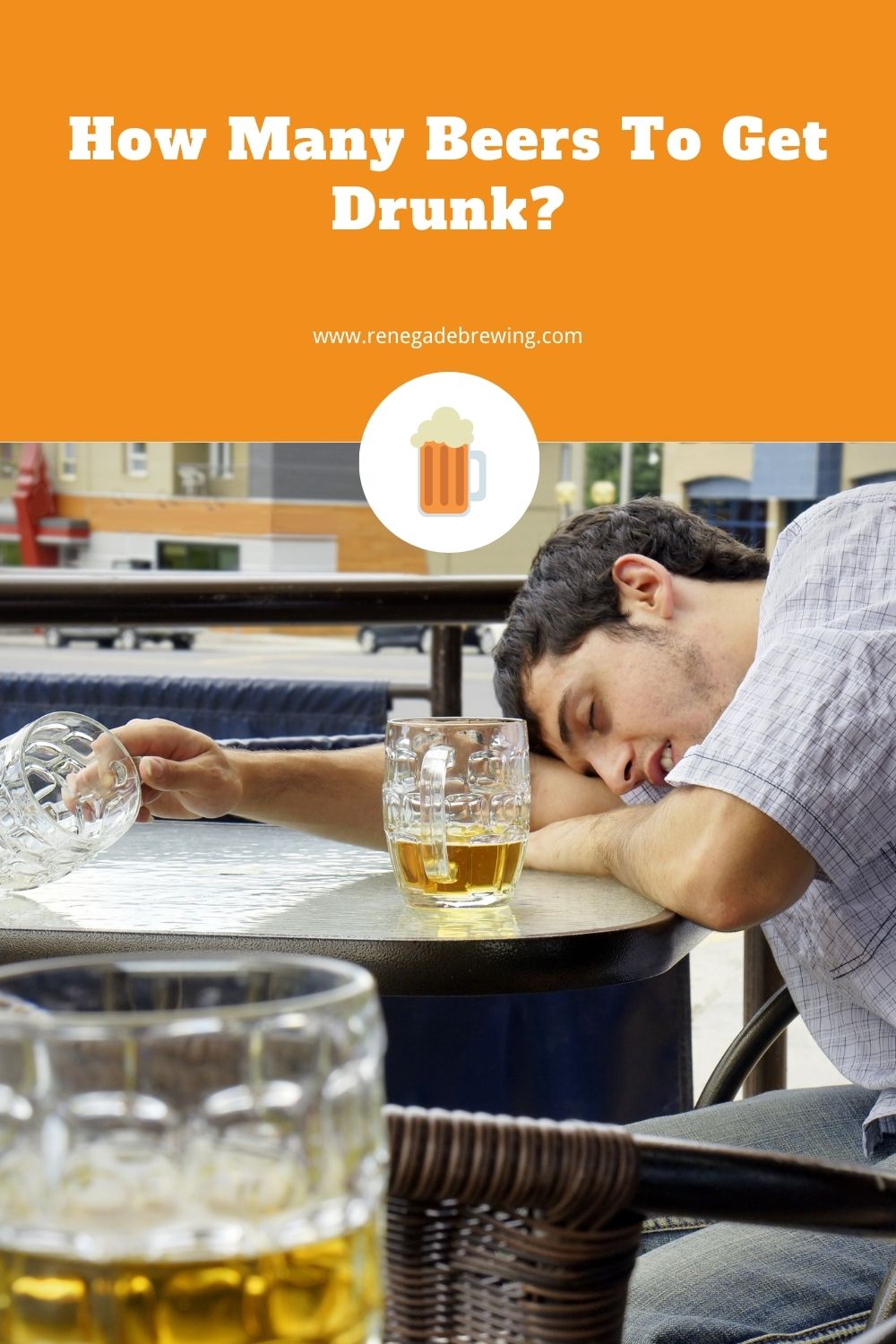 On the other hand, a small quantity of beer is beneficial for your health and can help you relax. Naturally, you can wonder what the right measure is and how many beers to get drunk. Well, the answer depends on several things.

Drunkenness is a subjective experience. Two people who drink the same type of beer in identical amounts will have entirely different reactions. How fast you get drunk depends on the attributes of your body.

The more you weigh, the more beer you need to drink to get drunk. A person who weighs 100 pounds (45 kg) can become intoxicated after two or three drinks, while the twice as heavy person will hardly feel the first signs of drunkenness after three drinks.

However, impaired judgment and slow effects start with 0.02 BAC (blood alcohol concentration). So, one drink is enough to give up driving home and call a taxi instead.

A lesser-known fact is that your height affects how fast you get drunk. Tall people have a lengthier circulatory system than short ones, so the same amount of alcohol is better distributed than in the lower person’s blood.

As you age, your alcohol tolerance decreases. Although experienced drinkers can drink more than someone who tastes beer for the first time, a decrease in muscle mass in the elderly causes drunkenness to occur more quickly.

Science has confirmed the fact that the average woman needs less beer to drink than the ordinary man. The reason is that women have more fat and less water in the body.

Besides, the hydration of the body is crucial. That is why many people ask for a glass of water in addition to alcohol. If your body is dehydrated, you will get drunk much faster.

Once you drink beer, it passes from the stomach into the small intestine. That passage will be slower after a meal due to digestion. On the other hand, alcohol will quickly reach the bloodstream when deciding to skip a meal and go directly to the liver and brain.

If a police officer stops you for drunk driving, he will use a breathalyzer to measure BAC. This value depends on several factors, such as your physical attributes, the beer’s strength, and the number of drinks you had.

If the test shows a value greater than 0.04, which is allowed by US law, you will be considered drunk. That situation will lead to legal consequences, including fines and arrests.

How much beer you can drink before getting drunk depends a lot on the beer type you consume. Generally, craft beers have a higher ABV (alcohol by volume) value than mass-produced beers.

Besides, light beers tend to have a lesser alcohol percentage than dark ales. That means you need to drink more beer to get drunk if you choose a less strong type. For instance, a beer with 5% ABV will lead to drunkenness more quickly than a 4% ABV one.

However, beer brands also differ in ABS, in addition to taste, recipe, and quality. Your body can react unevenly to two dark beers from different manufacturers. Plus, they have various calories count.

Your drink size also matters. For instance, you can drink three beers, but it is not the same whether you use a can, tube, or glass bottle. The bigger the packaging volume, the faster you will get intoxicated. It is also different when drinking several beers in an hour or enjoying them all night long.

In addition to ABV values, beer also has an alcohol unit value. This number shows pure alcohol content in a specific drink. One unit has around 0.3 ounces (9 ml) of pure alcohol that the average person’s metabolism can process in an hour.

You can use a simple equation to calculate this value:

If you drink 120 ounces (3.5 l) of beer with 4% alcohol, you will ingest 1.4 alcohol units. Keep in mind that it will be 1.8 units for 5% beer! How fast you will get drunk depends on how strong the beer is and how quickly you drink it. If you don’t give the body enough time to process alcohol, intoxication will occur.

Although many brands offer non-alcoholic beer, it is virtually impossible to produce this drink without a minimum amount of alcohol. Beer sold as alcohol-free actually has less than 0.05% ABV.

However, there is little chance to get drunk on non-alcoholic or low alcoholic beer because your body absorbs alcohol faster than you ingest it. One German study confirmed this.

Each of the 67 respondents was drinking 2.6 pints (1.5 l) of 0.4% alcohol beer for an hour. As a result, their average BAC was only 0.0056%, far below the legally allowed value. Besides, the subjects didn’t show or feel any symptoms of drunkenness.

So, the chances of getting drunk on a non-alcoholic beer are the same as eating a few cakes with rum, bananas, or rye bread. Your body can easily handle that amount of alcohol without any consequences.

Interestingly, you can get drunk on non-alcoholic beer if you believe that there is alcohol in it. It is a placebo effect that works in the opposite direction. The symptoms of drunkenness are weaker when you are convinced that you drink non-alcoholic beer.

There is a saying that anyone can drink beer, but only intelligent people know how to enjoy it. The amount of beers that leads you to drunkenness is individual. So, you are the only one who can judge when it is enough. From a medical point of view, there are seven levels of drunkenness.

Excessive alcohol use carries with it many risks, starting with impaired judgment. Once you get drunk, your reflexes will become slow, and perception disturbed. Plus, there is a high possibility of dangerous behaviors such as:

Alcohol consumption daily disrupts both personal and professional life and increases the risks of:

Alcohol overuse in women is defined as four drinks a day or eight a week. For men, the numbers are five drinks a day and fifteen every week. Any number below is considered low-risk drinking.

The number of beers needed to get drunk depends on its characteristics and your weight and body type. Some drinks are much stronger than others, and one or two craft beers can lead to intoxication. The consequences of excessive alcohol use are potentially severe and may lead to injury and death. 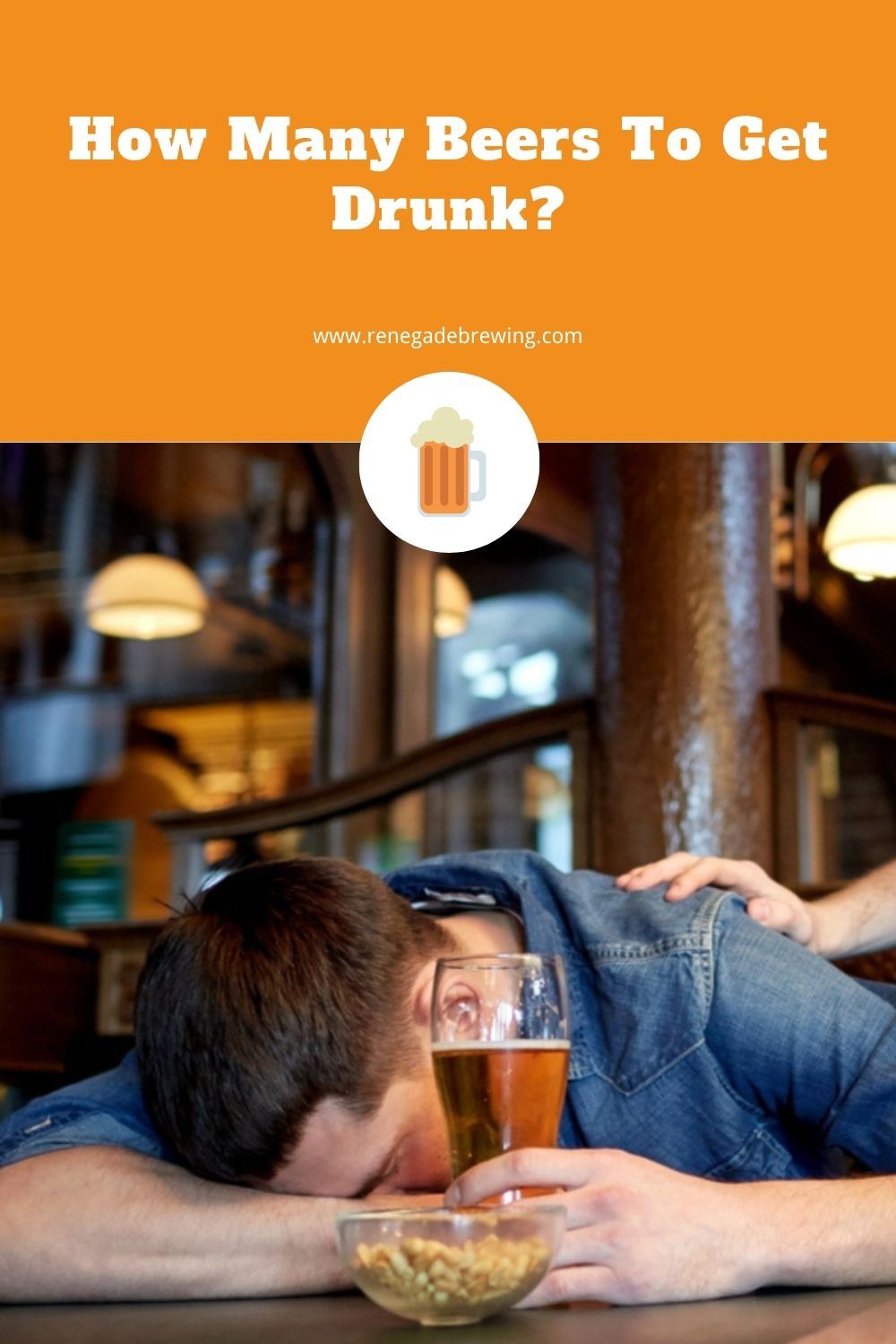 1 thought on “How Many Beers to Get Drunk?”