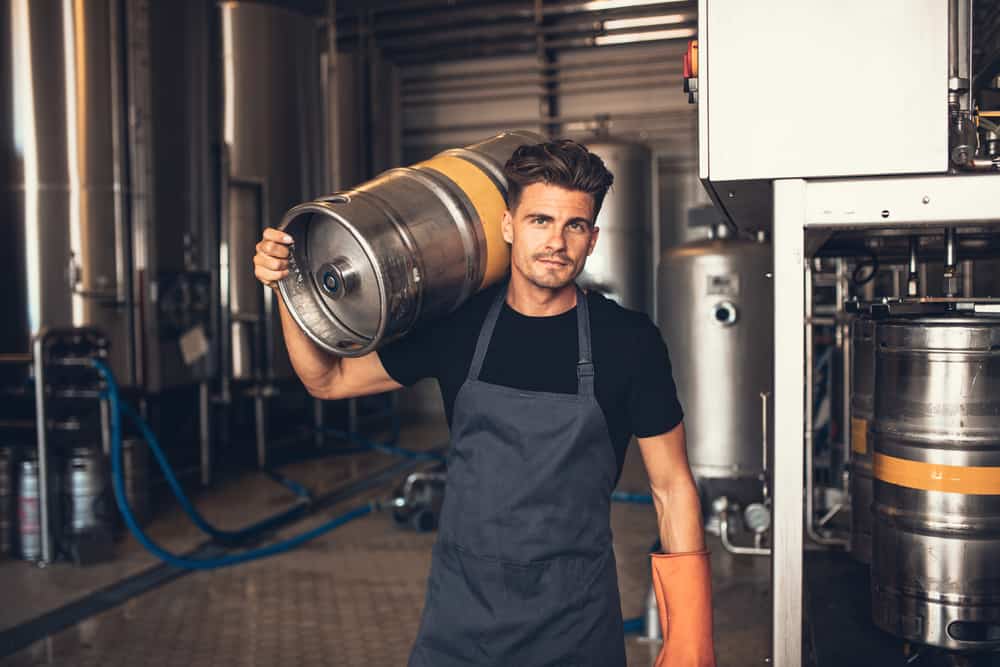 Whether you plan a big party or you want to enjoy your favorite beer day after day, renting a keg is a smart idea. Not only will you save some money, but tapped beer is also fresher and tastier than bottled ones.

Nowadays, most popular brands offer tapped beer, in addition to bottle and can. Pick a keg size by keeping in mind the number of drinks you plan to serve. How much beer is in a keg will primarily depend on its size. Let’s see.

Although there are several standard keg sizes, most people use this term to describe a half-barrel keg. Each size has its purpose. Some are suitable for large celebrations such as a wedding reception, while others are great for day-to-day beer consumption.

The smallest sized mini keg replaces only 14 beer cans, while the half-barrel contains almost 12 times more beer. More precisely, it is equal to 165 cans! Of course, this math is correct only when you use standard beer sizes:

This small keg is well-known as Bubba keg. As is the case with many products, the brand name has become synonymous with this 1.32 gallons (5 l) canister.

If you want to invite a few people over, the mini keg will provide more than enough drink. It contains 169 ounces (5 l) of beer, and you can use it instead of 14 standard bottles or cans of 12 ounces (355 ml).

Most Bubba kegs are non-returnable, and you don’t have to think about the rental cost. Plus, you can recycle them since they are from aluminum. Heineken mini keg is the most popular, and it comes with a CO2 canister. You can also find other brands’ Bubba, including draft beer, but it can take some effort.

Also Read:  What is a Beer Mile? Everything You Need to Know

Cornelius keg comes in one of two styles, including ball lock and pin lock keg. The model depends on the type of gas and liquid connectors. They were also known as Coca-Cola and Pepsi style keg in the past.

The reason is the initial purpose for Corny kegs, storing and tapping soda drinks. Many beer brands nowadays use 5-gallon stainless steel kegs that contain approximately 40 pints (18.9 l) of beer.

The Corny keg is also popular among homebrewers who prepare beers for personal use. One Cornelius keg has the same amount as 53 cans or ten growlers. If you organize a small party with a dozen people, you will have enough drinks with one keg.

The popular sixtel or one-sixth barrel keg has a slightly larger volume than the Cornelius keg, precisely 5.16 gallons (19.5 liters). It also goes under the names Tornado and Log, especially among college students. What distinguishes it from a Corny keg is that sixtel has a traditional keg valve and not a ball or pin lock.

You can often find this type of kegs in restaurants or pubs with a wide selection of craft beers. Their advantages are numerous. Among other things, they take up little space and the bartender can fit two different beers in a dual tap kegerator.

A sixtel keg is small enough you can store it at your home. If you enjoy your daily beer after dinner, this keg will save you from buying even 55 bottled beers.

These two types of kegs are perfect for gatherings of up to 30 people. They have the same volume of 7.75 gallons (29.3 l), making them half the standard keg. The primary difference is in their dimensions.

A slim keg is taller and narrower than a quarter model. Many refer to a slim one as tall quarter, while the short one is a stubby quarter or a pony keg. Whichever type you choose, you will get the same amount of beer. One 7.75-gallons (29.3 l) keg contains 62 pints or 82 cans of beer of 12 ounces (355 ml).

The standard keg is also the most popular rental option. It has 15.5 gallons (58.7 l), which means that you will get either 165 bottles lying around after the party or one empty keg.

Also Read:  How Much Sugar Is in Beer?

All macro-producing breweries use the half-barrel kegs, and you can see them in pubs and restaurants, or rent one in a local liquor store. Luckily, they fit perfectly in all standard size kegerators.

Renting this keg is usual for college parties and similar gatherings with 50 or more people. Since a half-barrel keg contains as much beer as 124 pints, you won’t risk running out of booze.

Many breweries use European keg sizes for storing and selling imported beers. The bulkiest, import keg aka European barrel, is similar to a standard half-barrel keg by volume.

If you rent an import keg, you will get 141 standard 12-ounces (355 ml) beers per one. You can also combine a 9.2-gallons (34.8 l) wall keg with a sixtel or a pony keg. That way, you can offer your guests both domestic and imported beers.

Remember that there is a significant distinction between a standard and a European half-barrel keg. The second one has only 6.6 gallons (25 l) in volume, thus being more suitable for homebrewing and craft beer than the mass-produced one.

You can see typical red solo glasses of about 16 ounces (473 ml) at every college feast. However, a quick internet search will show you that you can also find models of 32 ounces (946 ml).

The bigger the glass, the lower the number of beers you can tap from a keg. Plan your guest list and decide on a drink card to avoid wasting beer. If you plan to offer other drinks, you will need approximately one beer per person every two hours.

Once you get familiar with keg sizes and determine the approximate number of drinks you need, it is time to consider whether renting a keg is a cost-effective option. Most kegs are returnable, and you only buy a beer. The exceptions are mini-kegs, which you can recycle after use.

Also Read:  6 Tips to Get Rid of a Beer Belly

Remember that renting a keg comes with a variety of additional expenses. You need to place a deposit, rent a tap, and pay for delivery. Plus, you will need to order a tub and ice bags.

All these expenses can top $100, depending on the place you order, whether you pick up the keg, and other factors. Many people believe that they will save money ordering a keg, but they often pay more than cans.

Keep in mind that your beer in the keg will go bad quickly if you don’t have a kegerator. On the other hand, you can always store the excess cans for the next gathering.

Tips for Using the Keg

Once you start the keg, there will be some wasted beer. You can expect the first few beers to have more foam than liquid, but the same happens when the keg is almost empty. However, there are some tips to reduce losses to a minimum and pour a perfect glass of beer.

Place a keg where it will stand for the rest of the evening, be it in a bathtub, a tub with ice, or a clean garbage can. Let it rest for at least an hour before you tap it.

That way, you will allow the foam formed during transport to settle. Any shaking, moving from place to place, or accidental knocking down will create excess foam. As a result, you will get less beer from it.

Kegerator can be pricey, but it will pay off if you buy kegs relatively often. Besides keeping your drink cold, it reduces the chance of the beer spoiling.

You can spend a ton of ice to cool a beer, but you can’t store leftovers for longer than a couple of days. Plus, many liquor stores will charge an additional fee if you don’t return the keg on time.

The amount of beer in a keg depends on its size. There are several keg types different in volume, so it is impossible to give just one answer. Plus, the beer serving dose determines how many drinks there are in one keg. 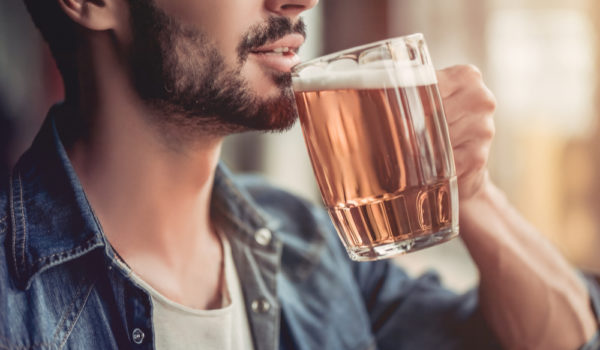 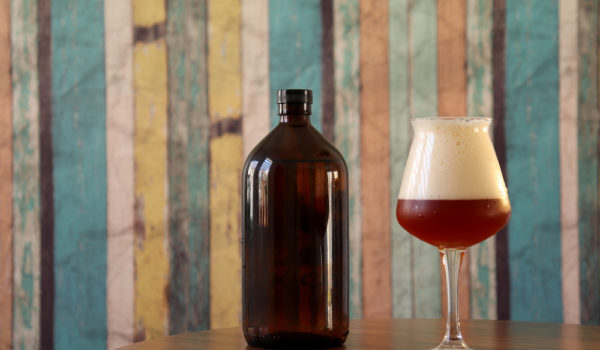