Can a person take beer without getting drunk? Yes- teetotalers too can take a beer or two without ruining their sobriety! The non-alcoholic beer gives you the original beer without the “drunk” effects of alcohol.

The production and consumption of non-alcoholic beer have experienced a sharp increase in America and the rest of the world. By 2020, the non-alcoholic beer market was already pouring over to the north of $9.5 billion. Global Market Insights reports predict that the industry will hit over 26 billion by 2026.

The alcohol-free beer enjoys a warm reception, especially from people pursuing healthy lifestyles. It’s, therefore, no wonder that most people these days prefer non-alcoholic beverages in social and corporate gatherings.

In this post, we’ll take you through all processes on how to make non-alcoholic beer.

Just as the name sounds, non-alcoholic beers are beverages that went through the same brewing process as conventional brews but no alcohol content.

The methods of preparation of a non-alcoholic beer determine whether it will taste like beer. And, a well-brewed NA beer isn’t a secondary drink to the traditional version. It tastes, smells, and has the same depth, but free of hangovers.

However, the United States laws allow up to 0.5% of alcohol in non-alcoholic beer. For this reason, the drink is also called light beer, small beer, and near beer.

How Non-Alcoholic Beer Is Made? 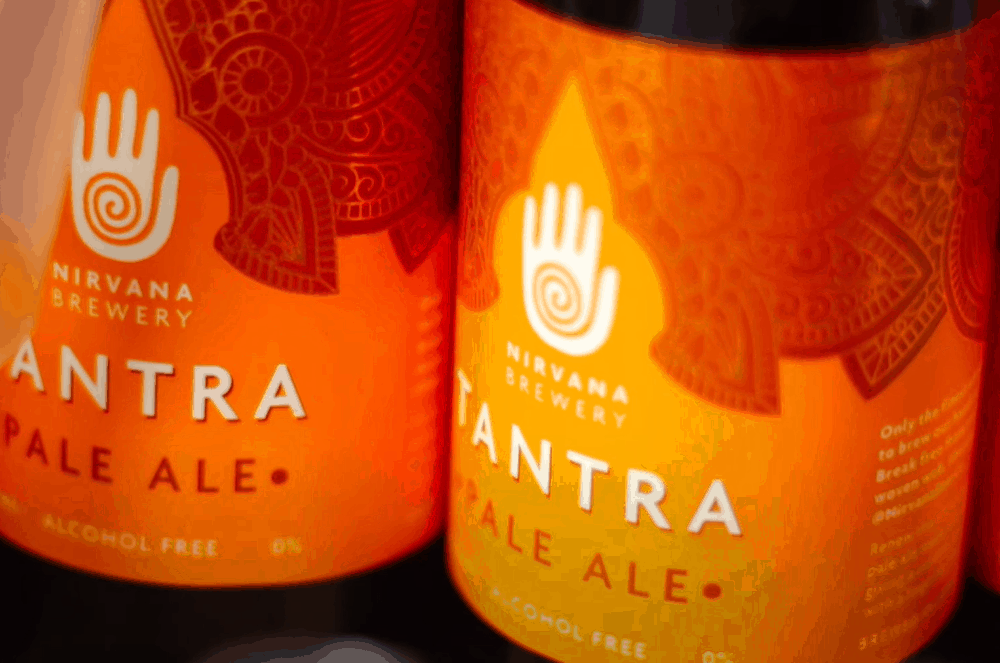 Whether you’re a teetotaler or a curious person, you’ll probably sit to wonder how a beer can be brewed, fermented and packed alcohol-free. And that’s precisely what we’re seeking to answer.

The process of brewing nonalcoholic beer rolls out just like the ordinary beverage. The malt is mashed into the wort and then fermented with yeast. Then, the brewer removes all the alcohol from the beer before carbonating and packaging it.

The process starts with malting, then milling, mashing, brewing, fermenting, maturation and packaging.

Removing the alcohol can be done by heating it to evaporate the low-boiling point ethanol. However, this method ends up distorting the flavor of the beer. So, researchers in the Middle East – a region known for its strict laws against alcohol use- found out that you can also separate the alcohol through pressurized de-alcoholization.

By 2020, the Middle East was already accounting for more than a third of all the global sales of alcohol-free beer.

The dealcoholization is the process by which alcohol is removed from the beer. Reverse osmosis or running water vapor or distillation separates the ethanol from beer.

High pressure forces the beer to go through a membrane and leaves behind all the larger molecules. The tiny water and alcohol molecules go through the membrane while the larger ones- the beer’s flavor and calories- stay behind.

In the end, you get a high concentration of beer on one end and alcohol and water on the other. The high-tech pressure equipment then separates water from the alcohol through distillation before channeling it to the beer.

Some brewers heat the mixture to the boiling point of alcohol and therefore distilling the steam. Alcohol boils at a lower temperature than water, and thus, most of it is evaporated in this process.

Unfortunately, heating beer could dissipate its aroma and flavors. However, advanced technology allows heating the beer at low pressure to maintain the flavor while evaporating the alcohol. The method of vacuum distillation yields high-quality beer flavors with little or no alcohol.

Water and alcohol are very soluble in each other, and brewers use this principle to dealcoholize beer. The beer is heated gently in a vacuum, and then water vapor or an inert gas such as nitrogen runs through it.

This picks up the alcohol while leaving behind the beer. However, some of the flavors may also join the drink. Some advanced machines will remove the taste from the alcohol and then take it back to the beer.

Alcohol is produced during the fermentation process. The yeast breaks sugars down to alcohol as one of the byproducts. If you can control how effectively the yeast breaks down these sugars, you may end up with 0.5% ABV.

The first method reduces the number of fermentable sugars in the wort. When there is little sugar, the alcohol produced will be far less. Some brewers might decide to use rice or corn instead of barley or wheat because they have fewer extractable sugars.

Such yeast will achieve the 0.5% ABV quickly. Unfortunately, it also means that if not all sugars are acted upon by the yeast, they might soon get to the final product, and you will have a beer with lots of calories.

So, adjusting the acidity, pressure, and temperature of the fermentation environment will restrict yeast’s action on the starch. Brewers, therefore, use this method to create a somewhat “unfinished” beer.

Some brewers don’t do any fermentation at all! We all know how vital the fermentation process is to beer. It’s the main reason why the drink gets its fizz, flavor, and alcohol.

But, some brands on the market shelves these days don’t give the lowest hoot to fermentation. Instead, they make a few cheat ingredients that make the beer taste like the original.

Some brewers simply make high concentrated beer using the traditional method. After the fermentation, they dilute the concentrate until it measures 0.5% on the ABV scale. The dilute beer is there carbonated and bottled.

Most alcohol-free beers contain up to 0.5% alcohol. However, this is still not enough to make you drunk. Admittedly, the ethanol is a natural product of fermentation.

If you are trying to lose weight, you need to cap on your alcohol intake. The alcohol-free beer has fewer calories than traditional brews. These brews have about 50 to 80kcal per 300 ml bottles, while the traditional brews have nearly 200kcal. So, the non-alcoholic drink will be a great accompaniment.

Some states in America permit the sale of low-alcohol beer to minors. However, some states restrict the drinking age to 21. 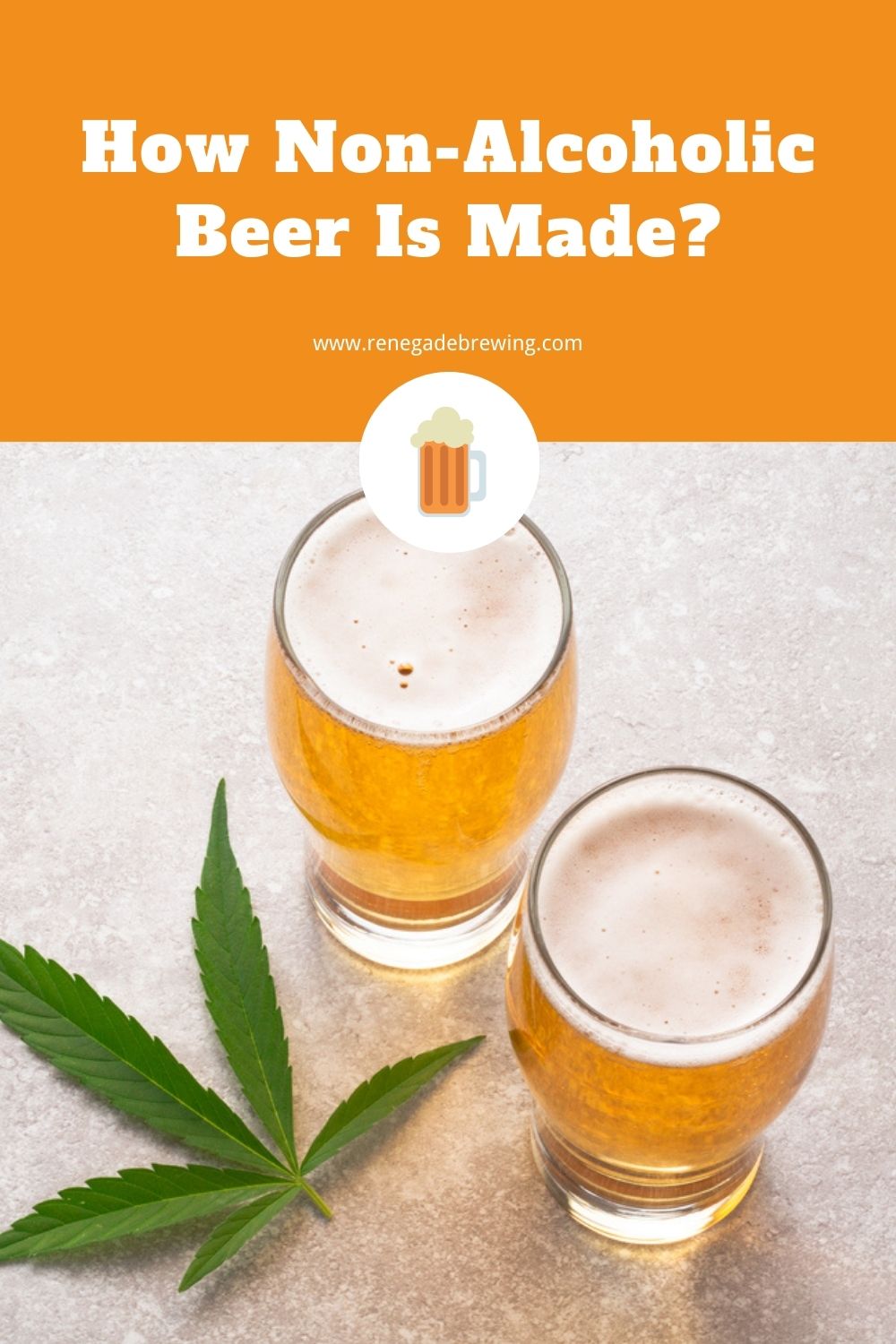 1 thought on “How Non-Alcoholic Beer Is Made?”