Did you know that about 188.79 million kiloliters of beer are consumed in one year? In America alone, the malt-based beer industry has more than $119.3 billion in annual sales. And, of all the beers in the world, lagers are the most popular.

But, the sale of beer has seen a sharp decline over the last five years. In the United States, beer volume sales have decreased by 2% in 2019 and 2018. Where’s all the competition coming from? 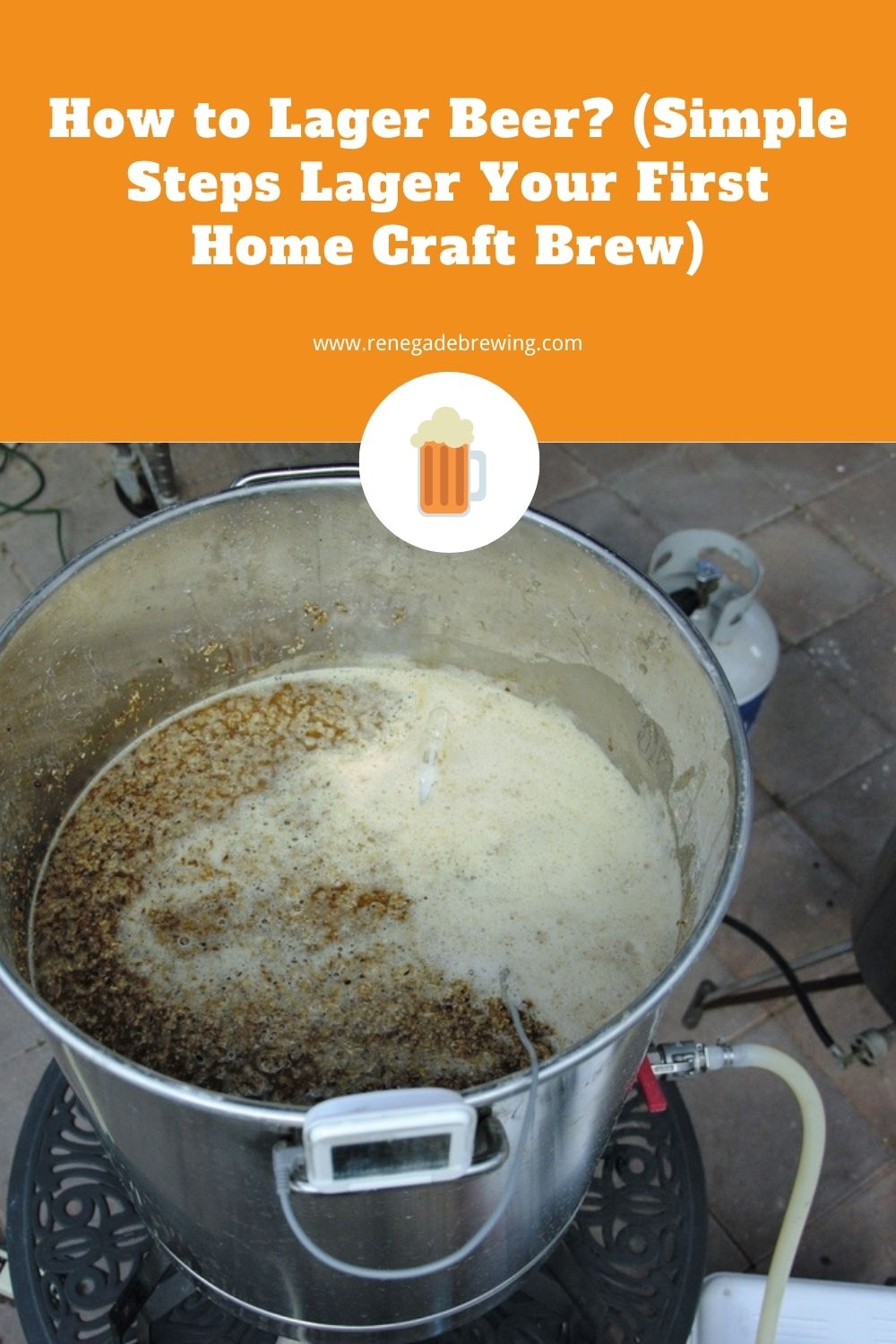 The Brewer Association reports that craft brewers are partly to blame for the drop in beer sales worldwide. More than 1.2 million American beer-enthusiasts are making their beverages at home!

When you make your first beer at home, you might never want to go back. In this post, you’ll learn how to lager beer traditionally.

Lagering is the cold storage that gives beer a better, smoother taste. It doesn’t matter which beer you are putting under cold storage. If you store an ale or a pilsner cold, you’ll be lagering it.

But, you’ll need to be attentive to every detail during the lagering process. If you make a mistake when brewing this, you could easily end up with vinegar instead of a lager! In this section, we’ll guide you on how to lager a beer successfully.

How to Lager Beer

Step 1. Get your ingredients ready 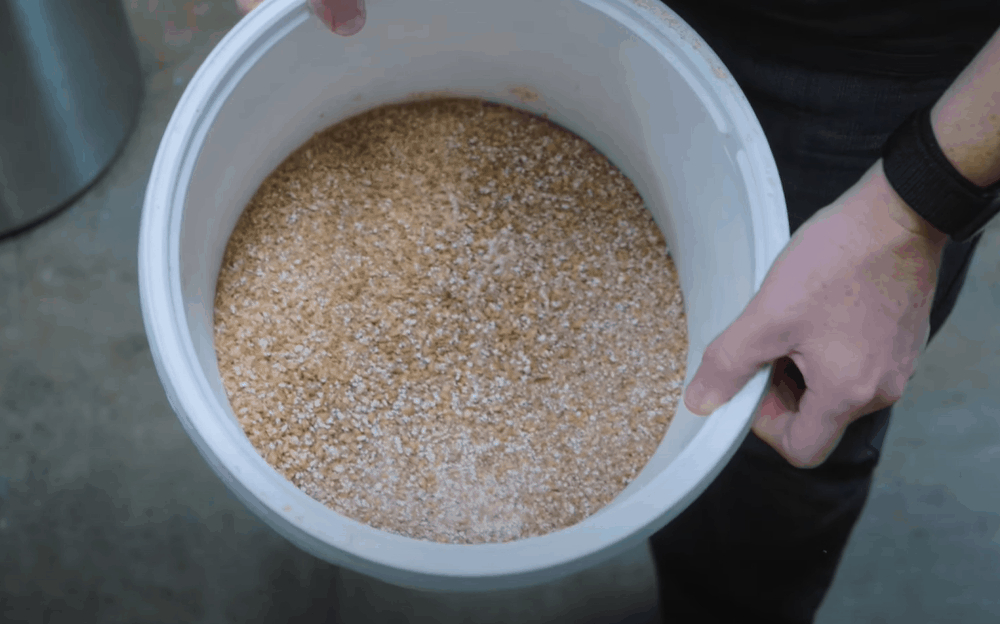 The main ingredients you need to lager your first beer include the following: 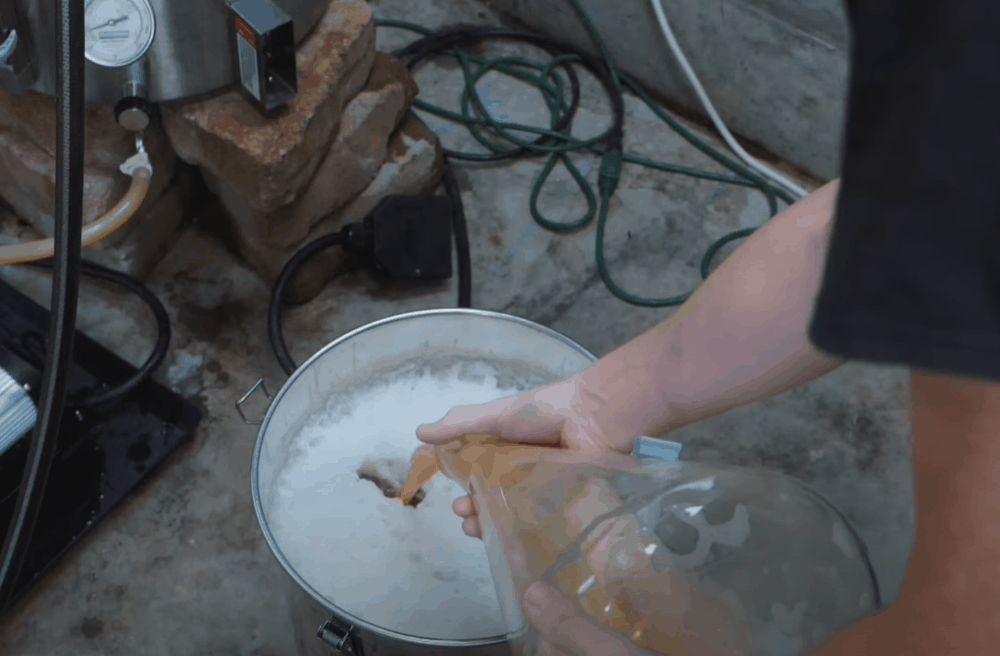 All lagering begins with the mixing of ingredients. Advanced brewers always begin with a yeast starter, and you should have one too! The yeast starter is, basically, an extract brew that speeds up your work. The starter keeps the yeast alive and guarantees accelerated fermentation.

The multiplied yeast cells limit bacteria from hurting your lagering process. A starter ferments your beer at cooler temperatures than what your ingredients manufacturer advises you. So, you’ll get a cleaner, smoother flavor of the beer. 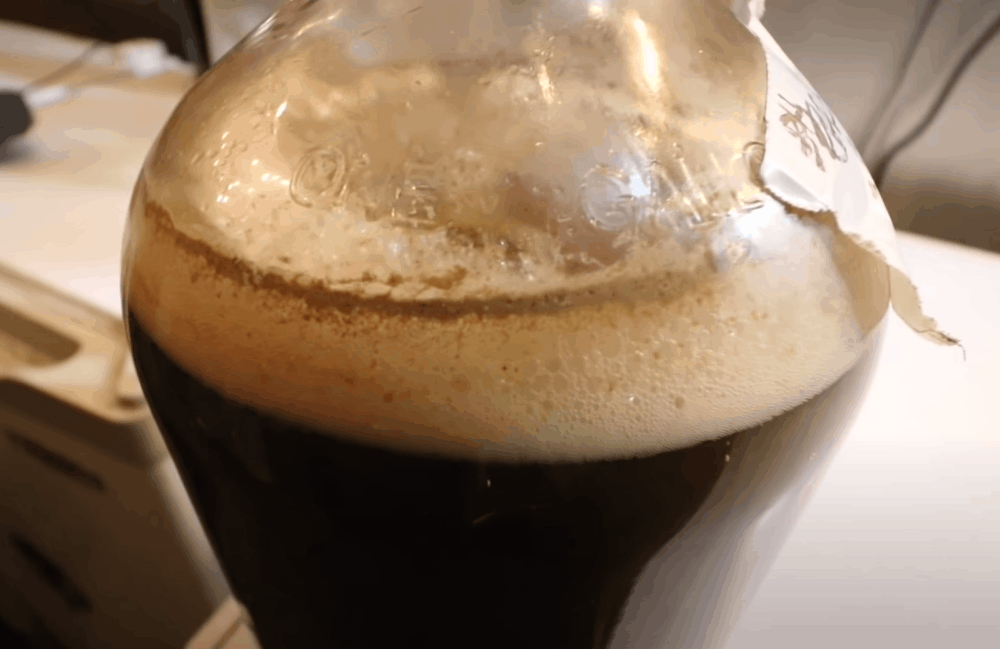 If you get everything right, the primary fermentation stage- which is the main fermentation process- should be pretty simple.

The yeast controls the first stage, where it breaks down the sugars into alcohol and carbon dioxide. The result can appear dirty, especially when the brewer decides to use warm temperatures for quick brewing. Or, you can do it slowly and cleanly.

Lagers must be fermented in cold temperatures. If you pitch your ingredients at a low temperature and maintain it that way, it will take a long time to ferment.

So, bring your solution to around 55 °F, depending on the strain of the yeast. Now pitch the starter into the wort and seal the fermenter.

Temperature control is the secret that most commercial beers hold. Jamil Zainasheff and Dr. Chris White- the authors of Yeast: The Practical Guide to Beer Fermentation, recommend temperature regulation during the fermentation process. They rightly make a huge claim that temperature control is more important than using sophisticated fermenters or using all-grain brewing procedures.

Generally, yeast produces tiny by-products during fermentation, but; they are so small that the human palate is not going to perceive them. However, if you increase the fermentation temperatures, then the concentration of these by-products increases as well.

High-temperature fermentation will cause unwanted flavors such as hot alcohol, butterscotch, chewing gum, green apples, or even ester. For many centuries, such tastes have been proofs of errors in the brewing process.

Have a temperature controller for your refrigerator. Or use appliances that can set precise temperatures for fermentation. 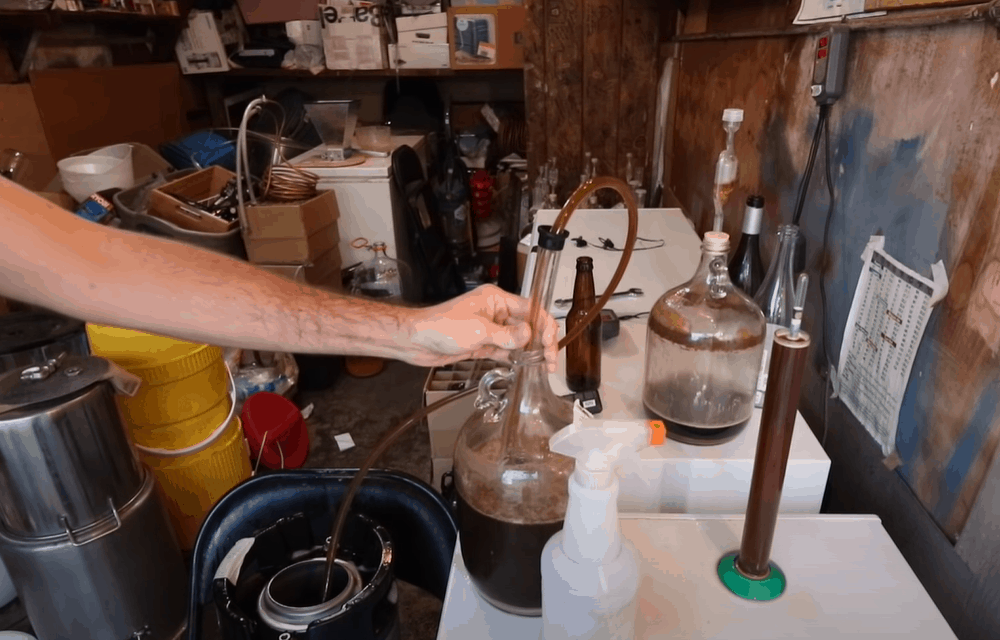 Also known as the diacetyl rest, the maturation stage allows yeast to work upon all unwanted compounds in the solution. Here, lager off-flavors like diacetyl, acetaldehyde, and others break down.

The maturation stage starts from the 20th to the 23rd day. At this point, your wort is already fermented into a beer. In most cases, the lager used will take about three weeks to break down the sugar into alcohol fully. You can speed this process up by raising the temperatures to 65 °F.

Remember, increasing the temperature will make the yeast act faster on the beer. Because you already have temperature controls and the fermentation process is complete, this should be safe.

If you want to check the flavor, you can always sneak in a thief tap to detect any butterscotch. And, if the butterscotch is undetectable, you can go ahead and put it under lager conditions. 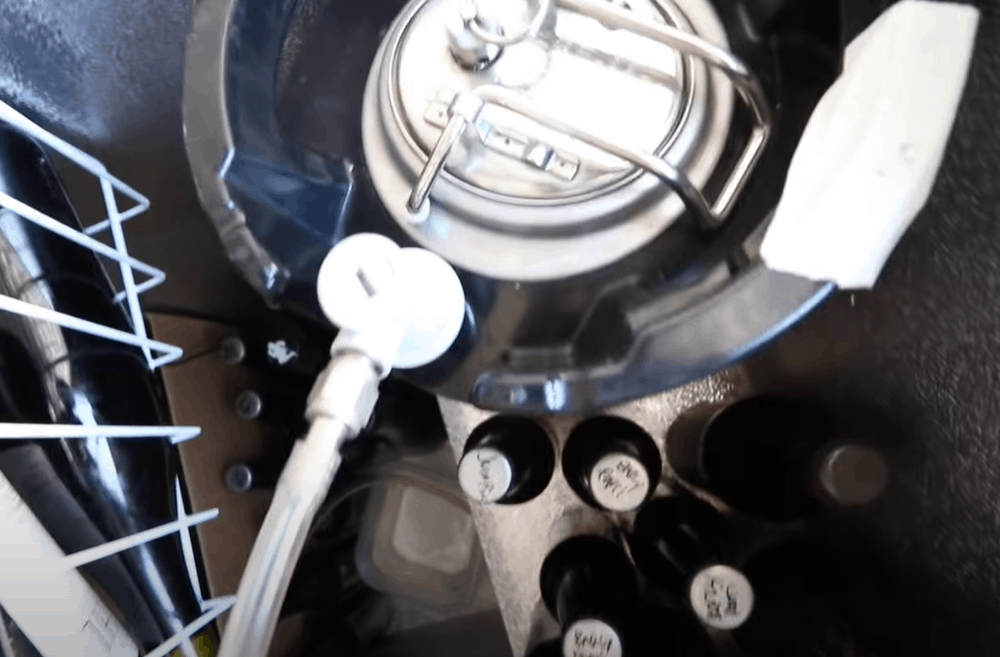 The lagering stage- or the cold stabilization- smoothens the flavors of the beer. It’s in this cold storage fermentation process that the “lager” gets its name. The low temperatures make dull-looking proteins coagulate and drop to the bottom of the lagering tank. As the polyphenols coalesce and fall at the bottom, the beer becomes clearer and tastier.

Lagering begins from day 24 to around day 50. By this time, you already have the beer perfectly fermented, and it’s only time to refine the tastes and flavors. Lower the temperatures slowly from 60 to between 30 and 40 °F. Then you will need to hold it on at this temperature for about 4 to 5 weeks.

Of course, you must lower the temperature slowly by about 1 or 2 degrees per day. Seamless temperature control ensures you don’t disturb the yeast to be alive and healthy for the next cold storage fermentation process.

Lowering the temperature quickly shocks them to release too much ester into the beer. Lagering promotes flocculation, in which solids fall from the suspension and settle at the bottom. Flocculation produces a clean, tasty drink.

And when the process is complete, it’s time to pour into the serving vessel. Make sure it is clean and sanitized to remove any bacteria present. Remember, bacteria can make your beer toxic and undrinkable- it’s certainly unwelcome at this party!

These stages can run concurrently without any intervention. But, some brewers alter temperatures for every stage just to optimize the process. For instance, some people study the fermentation schedule and increase the temperature during the maturation stage. This gives the yeast a more optimal environment for breaking down the sugars. However, another large party of brewers maintains the cold temperatures all through the process.

When taking your work through this procedure, certain keys will guide you to making the perfect lager.

The word “lager” means “to store” in German- this suggests it will be a long-term process. Unlike other beers such as ales that can be ready and bottled in two weeks, lagers require two to three months. The lagering process is done under cold temperatures, which means that the yeast will be slow and the fermentation will run at a considerably slower pace. Do not abbreviate any stage of the lagering process unless you want off-flavors. With a little patience, you’ll get the desirable clean beer you are anticipating.

Temperature Control is everything!

First, understand the nature of the yeast you are using because each strain operates under a different optimum temperature. Get reliable temperature control appliances to maintain the warmth of the wort.

Have a yeast starter ready

You need enough yeast cells for successful pitching. Reduced temperatures will delay yeast growth, which is unacceptable in the first stage because it might give room for unwanted bacteria. So, pitch a great amount of yeast, at least thrice what’s needed in ale fermentation.

The only organisms you want in your wort is the yeast- bacteria are unwelcome! Sanitizing all your brewing appliances and vessels kills all bacteria. Left to enjoy the party, the bacteria can eat up the yeast or destroy your lager. Some ester and off-tastes can be a result of overgrown bacteria.

Answers to FAQs about How to Lager Beer

Gabriel Sedlmayr and Anton Dreher brewed the first pale lagers. The German and Austrian were friends and ran the Spaten Brewery in Bayern City. Until 1870, Carl Von Linde made the first industrial lagering tanks for the company’s large-scale production process.

Lager comes from the German word “largen” which means “cold storage brewing.” So, you can lager any beer, including an ale, pilsner or anything!

Lagering makes the beer cleaner and gives it a smoother, cleaner taste. Similarly, if you are savoring a keg, it tastes far better after a few more weeks. So, inasmuch as lagering does not turn beer into anything else, it improves its taste and color. 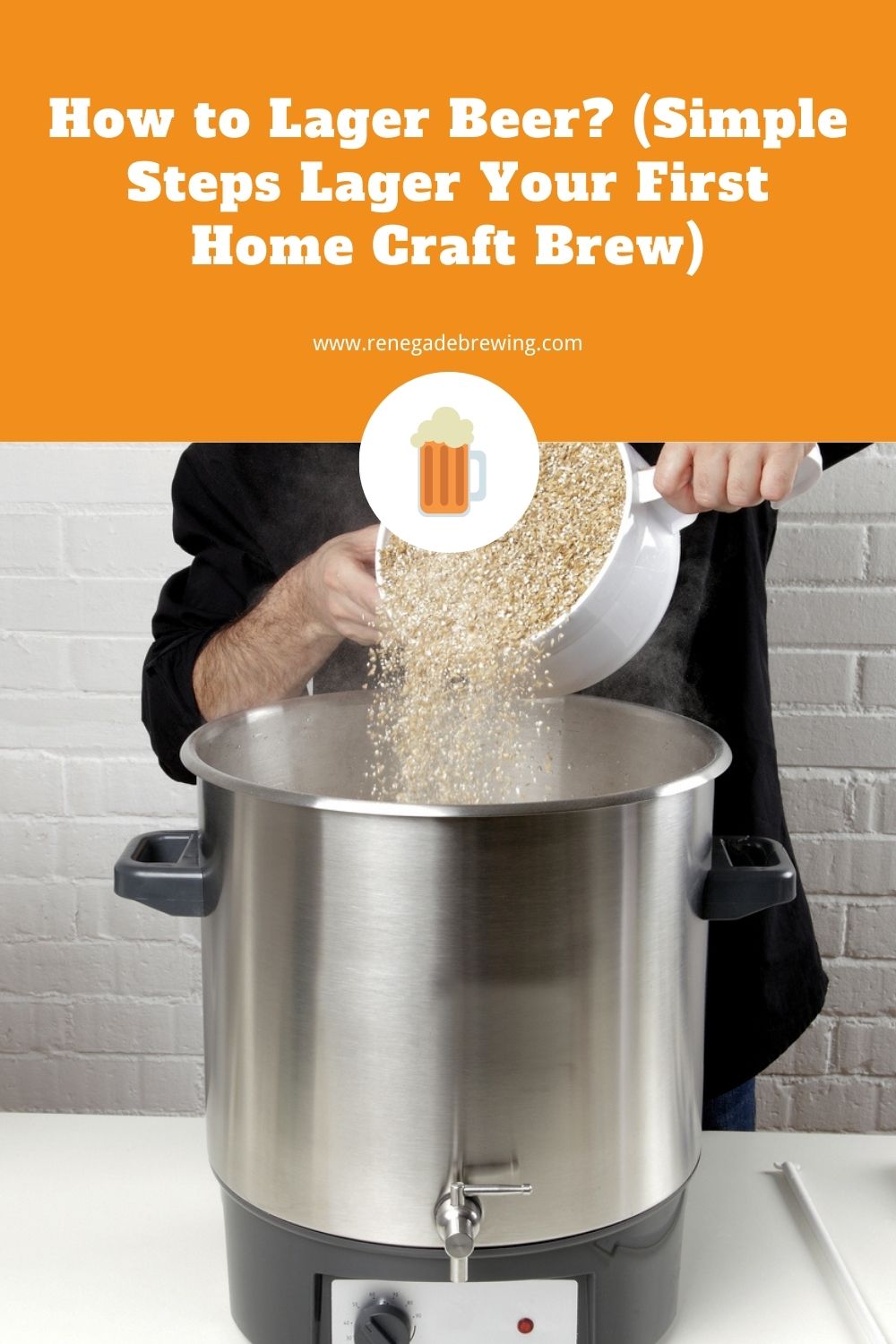