Having friends over for a party can be fun, but the hangover and the mess afterward are not quite. However, we’re aiming to reduce one headache for you – empty beer bottles and cans!

The sole purpose of having a beer tower is to make drinking easier. Everybody can fill their glasses as much as they like, whenever they want! But does that mean you have to spend a handsome amount of money on fancy store-bought beer towers? Absolutely not!

To your rescue, we’ve gathered 17 DIY beer tower ideas. Though not all of these are beer tower DIYs, each DIY’s purpose, however, is the same.

If you have a kegerator system, it can easily serve as your beer tower. All you need to do is add a draft beer tower on top for easy dispensing.

In this tutorial video, you’ll get to know how to assemble a two-tap beer tower. The tutorial is quite detailed, and you’ll be guided step-by-step. The only downside of the video is that the audio is quite minimal. So, keep your ears sharp! 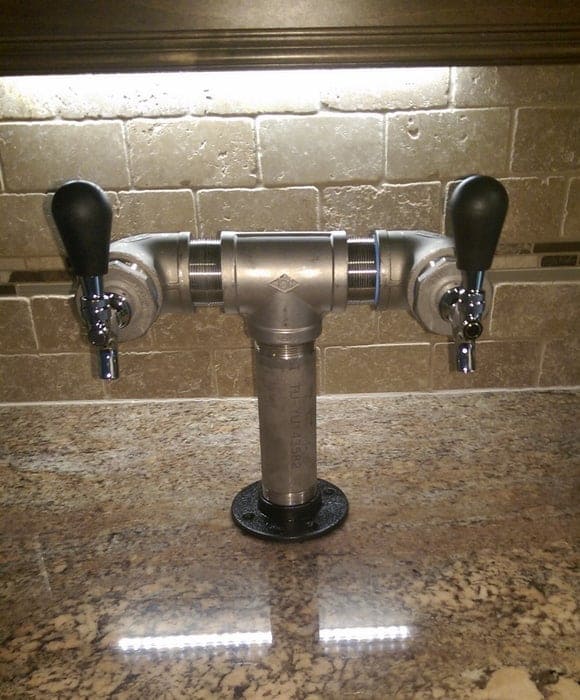 In this written tutorial by Instructables, learn to make a stainless-steel piper draft beer tower. The beer tower is two-tapped. If you’re more interested in such DIYs, Instructables is the perfect place for you to go!

If you own a Tripel Karmeliet draft beer tower and are wondering how to install it, here’s the perfect video for you. The video’s description also contains plenty of information; make sure you check it out.

If you’re searching for a channel with beer-related information, DIYs, and How-to videos, you might want to check out Leaders Beverage channel on YouTube. 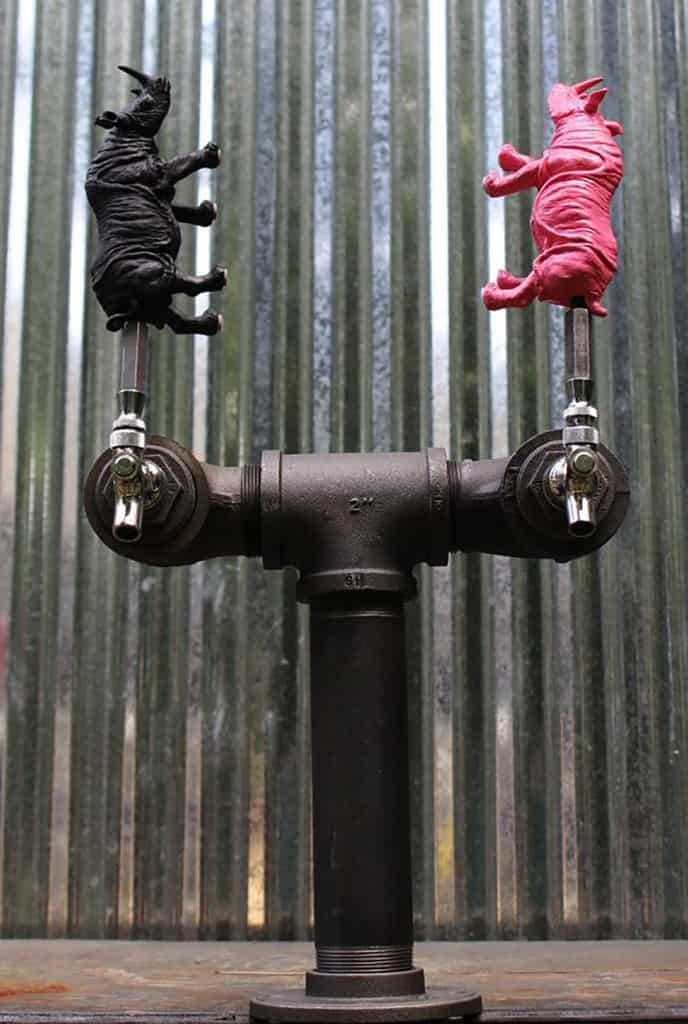 The blogger from because beer saw a black, industrial, and rugged draft beer tower on Pinterest and decided to build one for himself. All the supplies needed for the project along with their prices and links are listed in the blog.

If you want to see the final completed version and the tools required as well as the future options for this project, make sure to check out the final updated blog.

When in need, a jockey box can also serve you as a beer tower. What’s more, the beer will be served more chilled! Isn’t that even better?

Learn how to make a double tap jockey box that’ll come in handy during parties and picnics by following this tutorial by BEER-N-BBQ by Larry. All the supplies and tools needed are mentioned in the description box.

6. How to make a Watermelon Keg – Tipsy Bartender

In this tutorial, the Youtubers from Tipsy Bartender turn the watermelon into a liquor-filled keg. However, you can fill the watermelon with beer to turn it into a beer dispenser, or in fancy words, a beer tower!

If you mind the watermelon scent in your beer, we have a solution for you as well! Take a wine bag, attach a clear pipe on the top of the bag, drill two holes in the watermelon, insert the bag, add the nozzle, pour the beer from the pipe, and you’re done!

Why make a beer tower when party kegs themselves are easy to fill, easy to chill, portable, and easy to drink!

You even don’t have to invest in an expensive kegging system as long as you own a few party kegs. If you homebrew, you won’t even have to bottle the beer to share with your friends, as party kegs are easily portable.

Know about a few party kegs accessories that will step up your entire drinking game in this YouTube video. 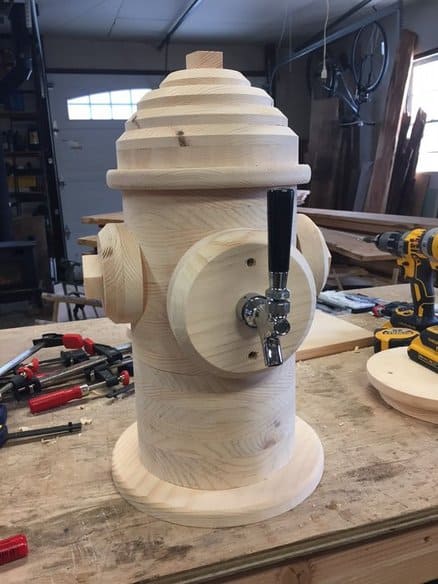 As a previous volunteer fireman, this blogger decided to make two wooden fire hydrants; one out of plywood that can be used to store a bottle of booze and the other out of pinewood with functional access to a beer tap.

If you’re a beginner at woodworking, this project might be a hard pass for you. However, if you can figure out the plans yourself, this beer tower will definitely catch eyes at your next party!

9. How to turn Pumpkins into a drinks tapping kit DIY Beer Keg

If you love pumpkin beer and don’t mind a slight pumpkin flavor and aroma in your beer, we’ve got an excellent beer tower idea for your next Halloween party!

Watch this video tutorial to convert a pumpkin into a beer keg. The link to the fruit tapping kit is mentioned in the video’s description.

10. How To Fill A Beer Tower/Giraffe

If you want to learn exciting cocktail recipes, there are a few available on The Beer Giraffe channel. 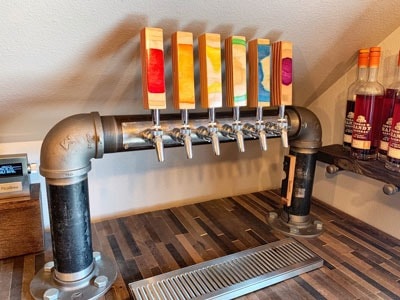 Beer tower is great, but you might still have to wait for your turn. With this 6-tap tower made using black pipes, you won’t have to!

Read this tutorial blog by BREW your own to make one for yourself. All the materials and tools required are listed at the beginning, followed by step-by-step instructions along with images of the DIY process.

Before you add a draft beer tower to your keg, you need to know their types to determine what type suits your needs the best. Watch this YouTube video to earn about different types of draft beer towers.

If you’re in need of a beer tower for your kegerator system, the purchase link is also provided in the description section. To know more about kegerator-related DIYs and information, you might want to go through Kegworks channel.

You might have seen a champagne glass tower at some fancy parties. Well, you can make one out of beer as well. Use plastic glasses and build a beer tower for you and your friends by following this tutorial.

This DIY can be very fun, and once you’re done, you can simply pick the glasses and enjoy! However, don’t make it huge; as the bigger it is, the greater are the chances of spilling! 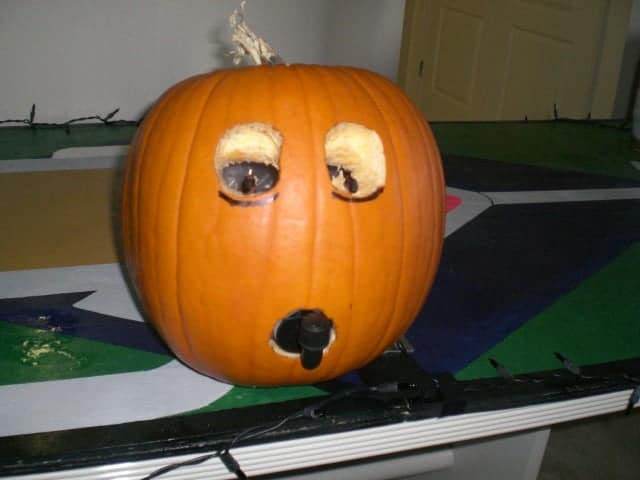 Forget about a beer tower and make a pumpkin dispense your beer! We’ve already discussed a pumpkin keg before. But what makes this DIY different is that in this DIY, you’ll be using a wine bag to prevent your beer from touching the pumpkin.

You can also use a beer line cleaner to clean the wine bag, as the blogger did. What’s more, you can even carve out the eyes in the pumpkin and use LEDs to spice it up!

Do you know what’s more fun than dispensing beer out of a tower? Dispensing it from a wall! Yes, you read that right! Watch this tutorial video to learn how to attach coffee and beer taps to the wall.

So, if you’re ready to do some elbow-greasing, convert your entire wall into a beer tower! 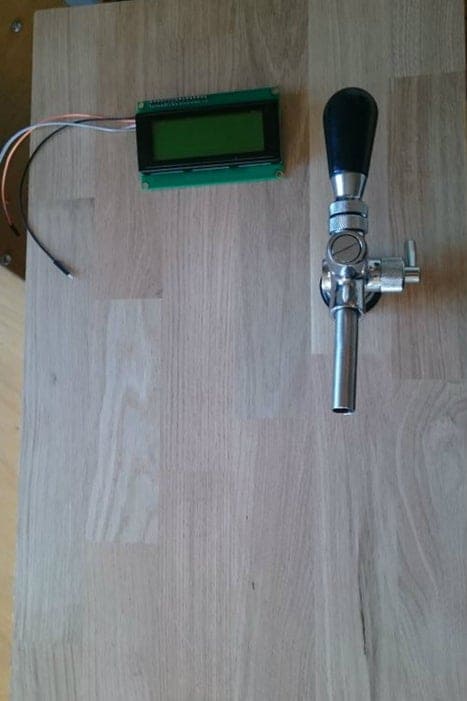 This DIY tutorial is relatively sophisticated as it requires knowledge of software and electronics. This blogger from Instructables designed and DIYed an automated beer dispenser that requires a coin to be activated.

If you’re confident enough to do this project, all the supplies needed are listed in the first step. Moreover, the tutorial is quite elaborate, and all the necessary files and images are attached to the post itself.

We know by now, as long as we own mini-kegs, we don’t need some fancy beer tower. Here in this video by Dre Smith, you’ll learn how to install a ball lock tap system to your mini keg.

Ball-lock taps are mostly used for standard kegs. However, you might have to tweak it a little to install it into a mini-keg, and this Youtuber will tell you exactly how to.

The idea behind a beer tower is that you and your friends can serve beer ownself with ease. With all the 17 DIYs, you’d be able to do so. This 17 DIY beer tower list is incredibly diverse; thus, choose any one that you think would be the best fit and DIY it.

However, if you’re looking for fun and unique ideas, making a beer glass tower or carving out pumpkins and watermelons to make a DIY beer tower would be the best choices. Which idea did you like the most? 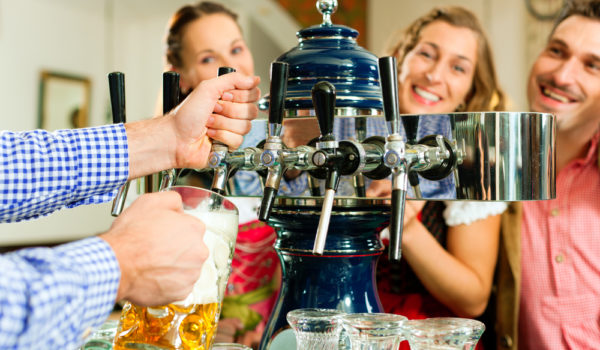 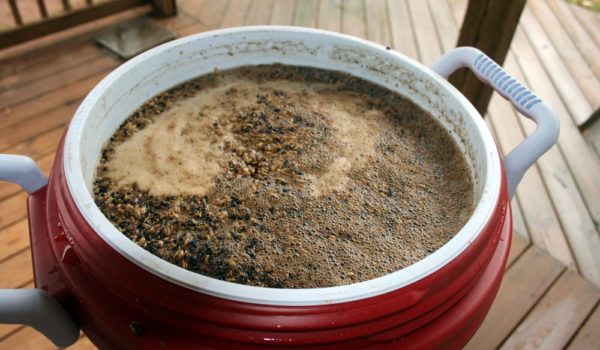 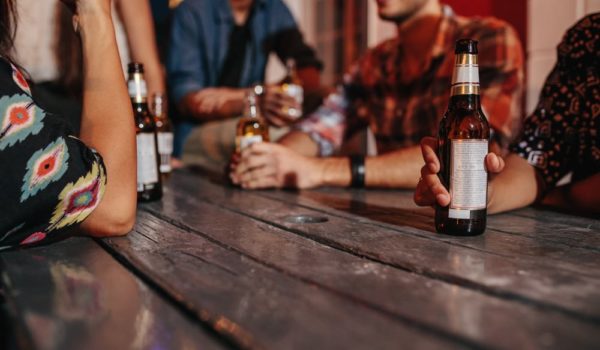 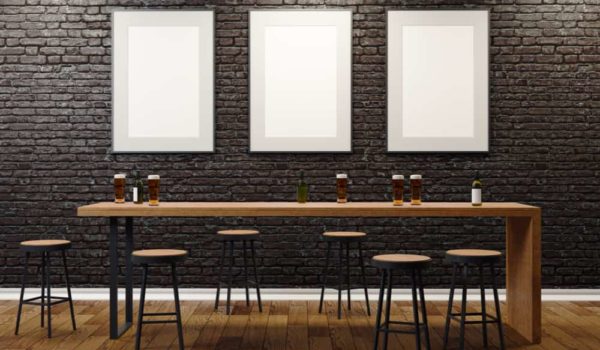 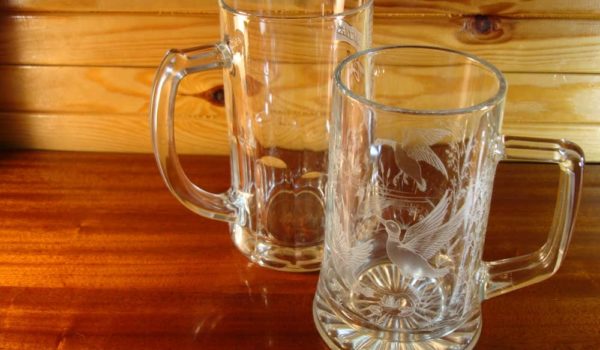 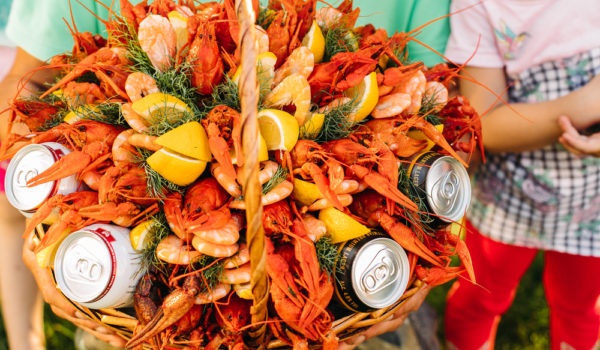