Barq’s Root Beer has been made for over a hundred years. It’s a well-known brand, but there’s still lots of confusion out there about whether it contains caffeine. 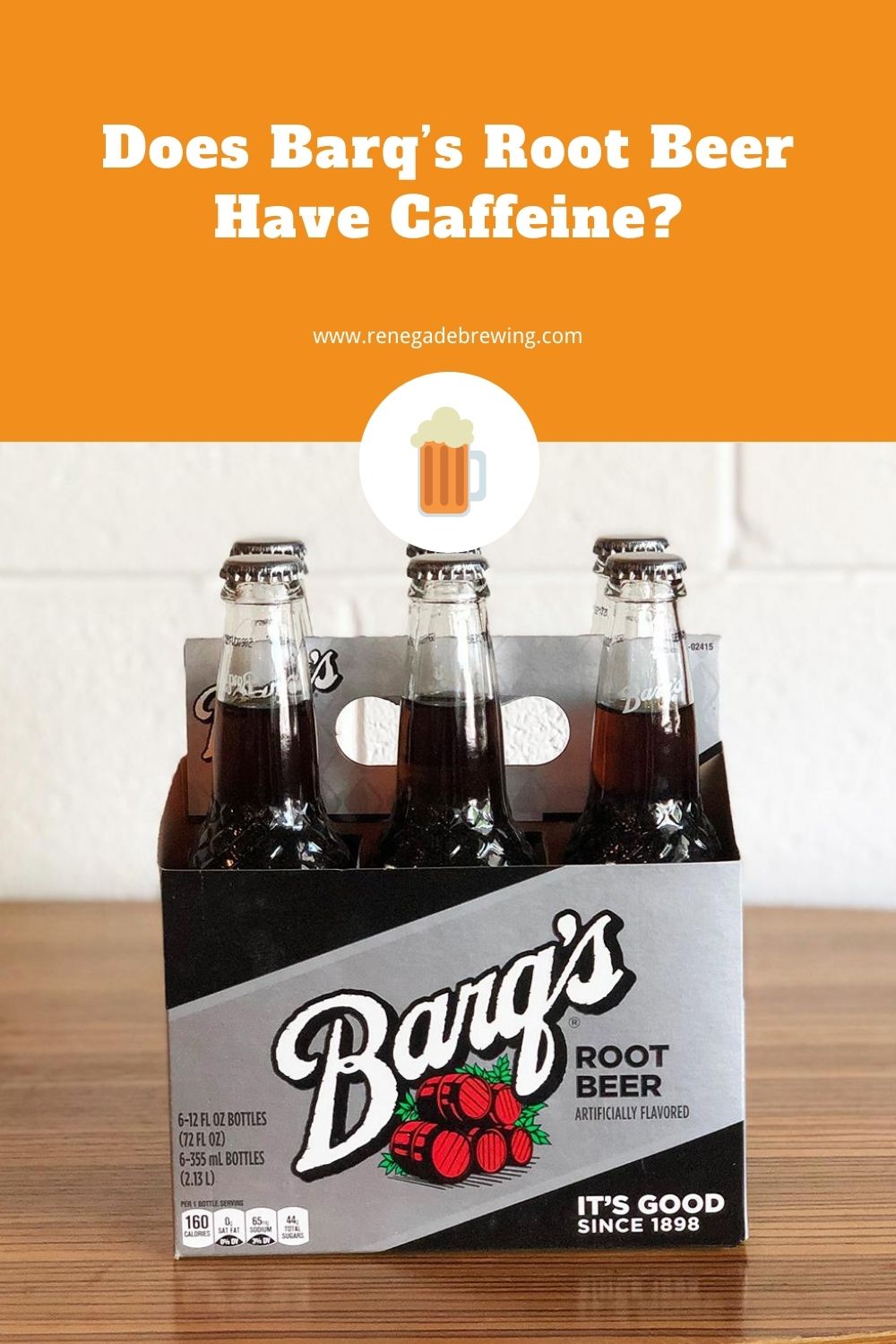 That confusion ends here! We’re going to tell you everything you need to know about Barq’s and caffeine. If you’re trying to monitor your caffeine intake, or just want to know what’s in your favorite drink, read on!

The history of root beer goes back many centuries. Its roots – pardon the pun – go back to beverages prepared by indigenous American peoples from the sassafras root.

The first root beer to be marketed commercially was made by a pharmacist called Charles Hines. He developed his sassafras-based beverage in 1875, and began selling it the next year.

Hines was teetotal, and originally wanted to call his drink “root tea”. But he was also a canny operator. He knew he’d have a better chance of selling his product to coal miners if he called it beer instead.

Either way, there was no caffeine in the original root beer recipe. But when Barq’s moved into the market, that changed.

The Invention of Barq’s Root Beer

Barq’s came on the scene in 1898 – although the Barq’s website claims it was first bottled in 1871.  Its inventor was Edward Charles Edmond Barq Senior. The unusual surname came courtesy of Edward’s French parents.

He spent his childhood in New Orleans but later moved to Biloxi, Mississippi. It was here that he first formulated his own brand of root beer.

Unlike most other root beers based on sassafras, the Barq’s recipe used sarsaparilla root. It was simply called “Barq’s”, with no mention of root beer on the packaging.

Today, Barq’s is owned by Coca-Cola. “Root beer” is proudly stated on the can, and nowadays you can buy two different versions – original and diet.

So Does Barq’s Have Caffeine?

So if most root beers don’t have caffeine, what about Barq’s? The answer is yes – and no!

Regular Barq’s does have caffeine. There are 22.5 milligrams in each 12-ounce can.

The diet version, on the other hand, is caffeine free. If you want to get the Barq’s flavor without the caffeine kick, that’s the one to buy.

But there are some exceptions to this simple rule. If you’re buying your regular Barq’s from a Coca-Cola Freestyle machine, it’s caffeine free.

That’s because the same basic formula is used in the machines for both the original and diet versions. The only difference is that the original version uses corn syrup, while the diet drink uses the artificial sweetener aspartame.

And if you’re buying your original Barq’s in the US state of Utah, it’s quite likely to be caffeine-free too! That’s because Utah has a high Mormon population who avoid caffeinated drinks.

Why Does Barq’s Contain Caffeine?

You might be wondering why standard Barq’s generally contains caffeine when most other root beers don’t. There’s no caffeine in the natural ingredients that go into making a root beer. So where does it come from?

FDA regulations governing food and drink labeling have clear rules about this. If a product contains caffeine because it occurs naturally in the ingredients, it doesn’t have to be listed on the label. If you add it in separately, the label has to show it.

Take a look at the Barq’s original root beer label and you’ll find caffeine. It’s there between citric acid and artificial and natural flavors. That’s right – the caffeine is added separately. But why?

The answer certainly isn’t the taste. Despite what some lovers of caffeinated drinks believe, caffeine itself is entirely flavorless.

It is, however, addictive. And it gives you a buzz when you consume it.

Over the years, advertising for Barq’s has hinted at this caffeine hit. In the 1970s, the cathchphrase was “Barq’s got sparks!”. And since 1995, it’s used some clever wordplay in its slogan “Barq’s is the one with bite!”

Like a bite, a mild dose of caffeine can wake you right up. And that caffeine buzz isn’t something you’ll get from most other root beers. That gives Barq’s a unique selling point in the market.

How Much Caffeine Does Barq’s Root Beer Contain?

We already know that one standard 12-ounce can of original Barq’s contains 22.5 milligrams of caffeine. But how does that compare to other drinks?

Well, it certainly doesn’t count as a high-caffeine beverage. The energy drink Red Bull contains almost four times as much caffeine as Barq’s, with 80 milligrams in 12 ounces.

Bart’s has significantly less caffeine than any of these drinks. It comes in at about the same caffeine content as A&W’s Diet Cream Soda and chocolate-flavored Slim-Fast drinks.

And it’s much lower in caffeine than coffee. If you drink instant coffee in a standard 8-ounce serving, you’ll be getting anywhere between 65 and 100 milligrams of caffeine. That rises to between 115 and 175 milligrams for the same sized serving of drip coffee.

And let’s face it – if you buy your coffee in a coffee shop, you’ll almost certainly be drinking a serving that’s much bigger than 8 ounces.

Should I Be Worried About Drinking Too Much Caffeine from Barq’s Root Beer?

It’s reasonable for most people not to worry too much about the caffeine in regular Barq’s Root Beer. The caffeine levels in plenty of other sodas are far higher. And the same goes for coffee and most kinds of tea.

If you’re drinking one or two cans a day, that’s unlikely to be anything to worry about on its own. (Unless, of course, you’re on a low or no-caffeine regimen for health reasons.)

But don’t forget to take into account the other sources of caffeine in your diet. Tea, coffee and soda drinks are obvious culprits. But chocolate contains caffeine too. And the same goes for chocolate-flavored foods like ice-cream or cake.

Even smaller amounts can add up. So if you’re trying to reduce your caffeine intake, make sure you consider all the food and drinks it can pop up in.

So How Much Barq’s Root Beer is the Right Amount?

When it comes to caffeine, there have been a host of studies looking at health impacts. The data is complex, and it’s hard to say what counts as “safe”. A level of caffeine consumption that doesn’t affect your heart, bone density or behavior might still adversely affect blood pressure.

Overall, though, there’s a consensus that healthy adults should be able to consume up to 400 milligrams of caffeine a day. If you weren’t getting caffeine from any other source, that would mean you could drink up to 17 cans a day!

That’s reduced to 300 milligrams – 13 cans – for pregnant women. The British National Health Service errs on the side of caution and recommends expectant mothers stick to a limit of 200 milligrams. That’s a positively stingy 8 cans.

If you have particular health conditions, of course, the amount of caffeine you can safely consume may be lower. And of course, Barq’s root beer contains other things besides caffeine too.

Drinking 17 cans of root beer might be just about alright in terms of the caffeine content, but there are other things to consider. The main one is sugar.

Original Barq’s root beer is sweetened with corn syrup that’s high in fructose. That gives it a total sugar content of 44 grams. That’s a whopping 89% of your total daily recommended amount of added sugars. Those 17 cans aren’t sounding like such a good idea now!

Anyone watching their weight will need to be aware of that. And there are 170 calories in each can too. For women, that’s almost a tenth of their total daily allowance. For men, it’s about one fourteenth.

Most people will be planning on eating as well as drinking! So a couple of cans of root beer can be all it takes to push you over those guideline amounts.

If you want to reduce your caffeine or sugar intake, Barq’s Diet Root Beer is a great option. It contains no caffeine and no sugars, because it’s sweetened with aspartame instead.

Aspartame does, however, contain phenylalanine. This isn’t a problem for most people, but it can be very serious for anyone with phenylketonuria, also known as PKU. These days, babies in the US are routinely screened for PKU, so most people will know if they have it.

Too much phenylalanine can also worsen feelings of anxiety or distress. If you’ve got a sleep disorder, try to limit the amount you consume.

Barq’s Root Beer and Your Health

The amount of caffeine in each can isn’t high – but remember to count the other sources of caffeine in your diet. If you’re trying to reduce your caffeine intake, Barq’s Diet Root Beer is a good option.

Or if you want a caffeine-free version of the regular recipe, buy it from a Coca-Cola Freestyle machine – or go to Utah! 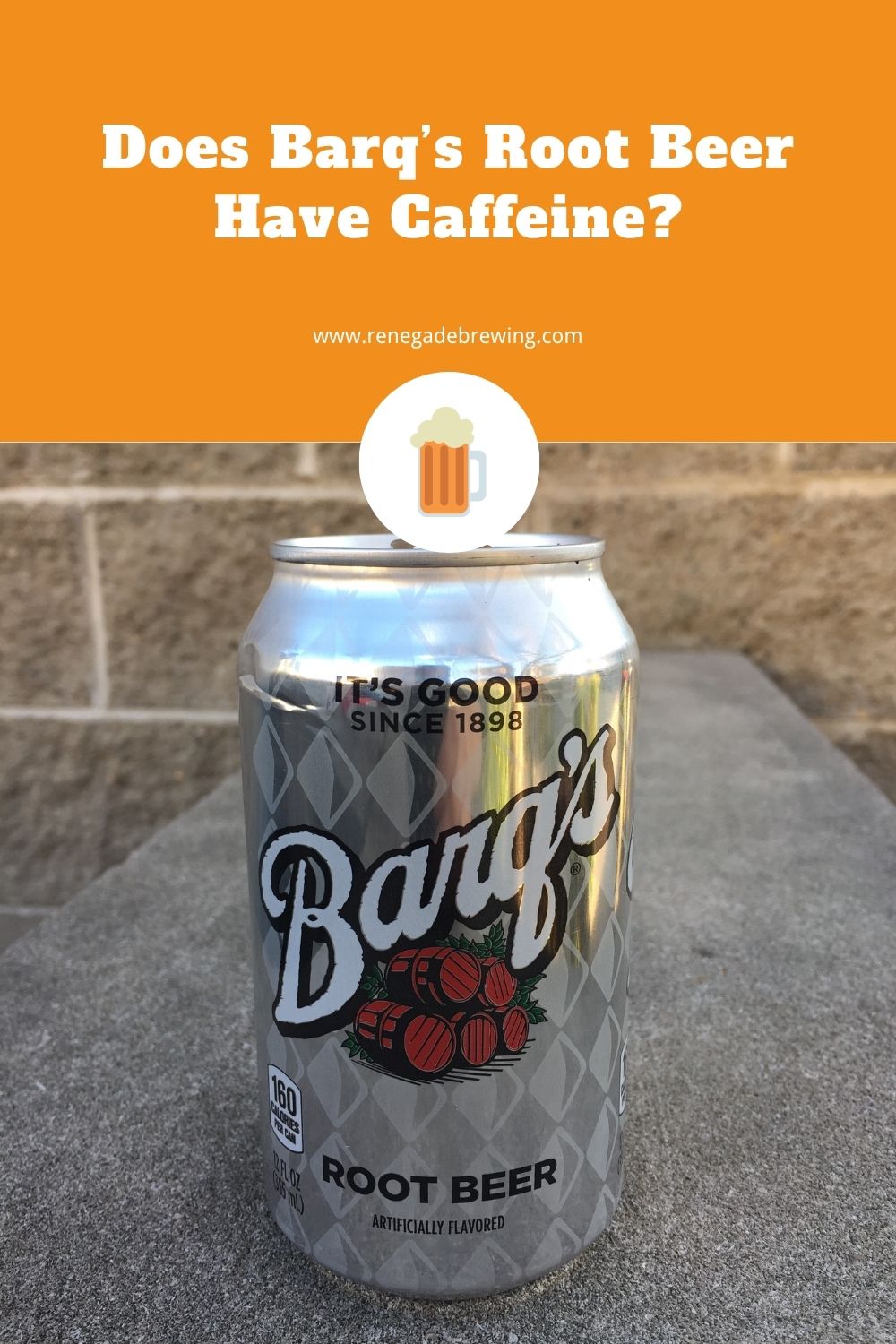 2 thoughts on “Does Barq’s Root Beer Have Caffeine?”