The world of alcohol offers a dizzying number of drinks to suit all kinds of tastes and preferences. Malt liquor and beer are some of the most popular choices for surprisingly different reasons. 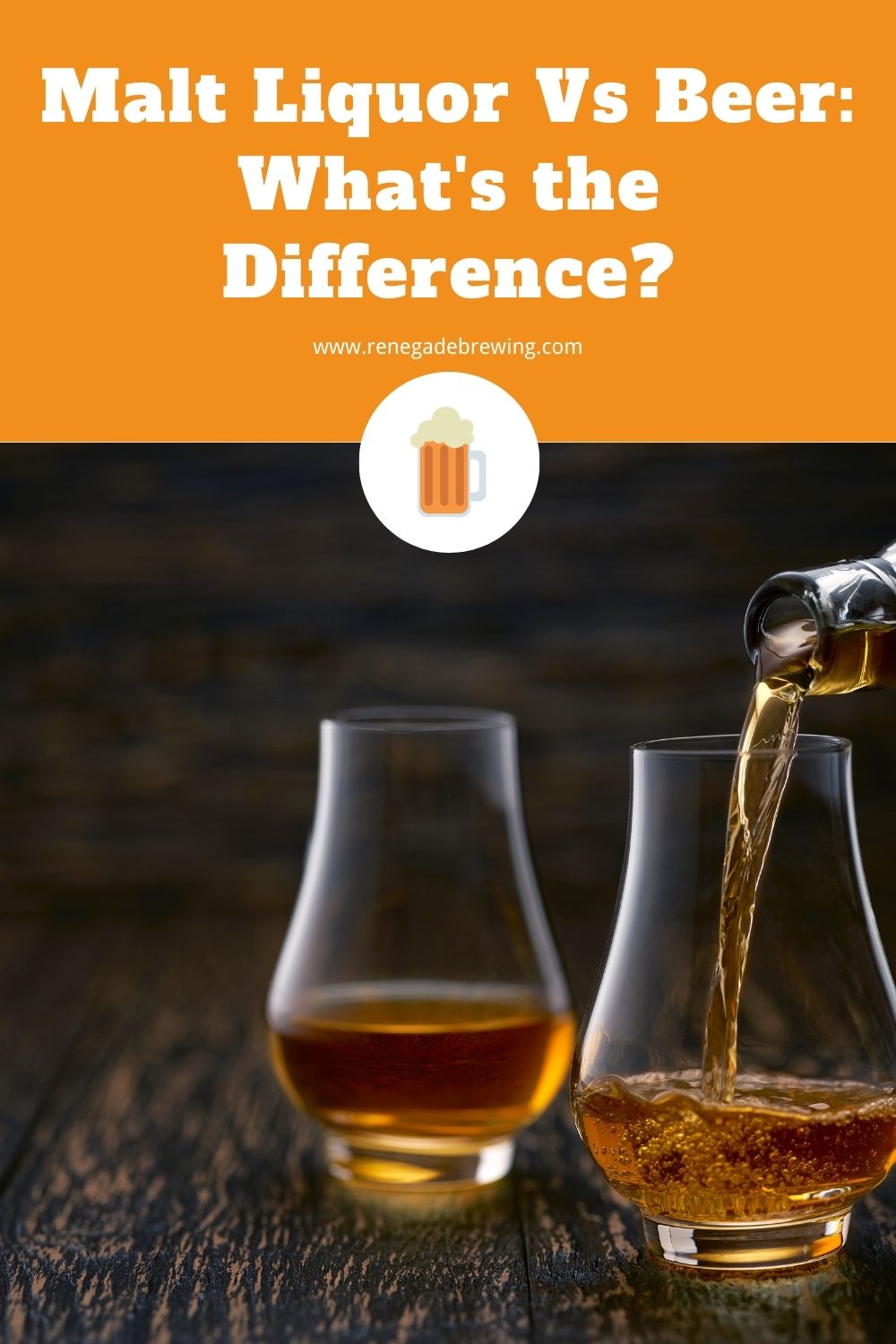 If you want to learn more about the differences and similarities between malt liquor vs beer, you are in the right place. Read on, we have the whole scoop. 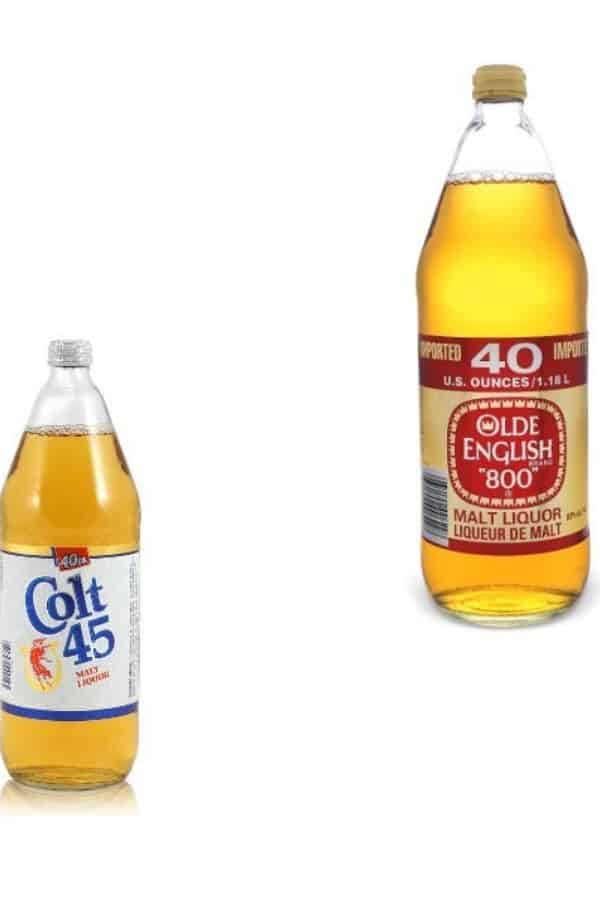 Beer is an umbrella term for a type of alcoholic drink produced through the process of fermenting grain using yeast. There are many types of beers but these can be broadly categorized into ale and lager.

The difference between ale and lager lies in how the beer is fermented. Lager beers are bottom-fermented at cold temperatures while ale beers are top-fermented at much warmer temperatures. By and large, malt liquor is a lager type of beer.

We’ll have a look at the different fermentation processes in a bit. For now, keep in mind that when referring to ‘beer’ what we are talking about is regular beer, which can be an ale or lager.

The first difference between beer and malt liquor is how the two are manufactured. As a lager, malt liquor goes through a bottom fermentation process while regular beer is made using either bottom or top fermentation.

When making alcohol, brewers use yeast that either settles at the bottom of the fermentation container or floats to the top.

When manufacturing malt liquor of the lager kind, brewers use bottom-fermenting yeast that is a hybrid of the Saccharomyces eubayanus yeast and the Saccharomyces cerevisiae yeast. The resulting yeast sinks to the bottom of the vessel, therefore, the name bottom fermentation.

On the other hand, brewers use the top-fermenting ale yeast known as Saccharomyces cerevisiae to make ale beer.

The alcohol by volume percentage is the main difference between malt liquor and regular beer. These two types of drinks have a huge difference in their alcohol content and this is mostly because of the way each is manufactured.

Let’s start with regular beer. Brewers use water, barley, yeast, and hops to make regular beer. These same ingredients, except for hops, are used to make malt liquor but brewers also add cheaper sources of sugar including dextrose, rice, and corn, and special enzymes into the brew. This additional sugar gives malt liquor a much higher alcohol content than regular beer.

Now, let’s move on to something else that differentiates malt liquor from regular beer—flavor. Regular beer, fermented using ale yeast at a warmer temperature tends towards a more rounded, subdued, and bitter-ish taste. The signature bitter flavor of beer comes from hops, which are cone-shaped flowers known as Humulus lupulus. Hops help to balance out the sweetness of malt, giving regular beer that smooth, tapered flavor that makes this drink so popular.

Malt liquor on the other hand offers a fruitier, less bitter taste mostly due to the added sugars. Also, being primarily a lager, malt liquor generally has more carbonation (the fizzy bubbles) because of the high sugar content, which the yeast breaks down into carbon dioxide.

A common misconception is that all ales are dark and that all lagers take on a lighter tinge. In reality, the color of any particular brand of ale or lager will depend on how the brewer manufactures the base malt.

Generally, the color of malt liquor ranges from straw to pale amber. Beer can take on a light and hazy color, a deep dark tinge, or anything in between.

The color depends on how the brewer roasts the malts. When the malts are roasted for a long period, the result is a darker, browner beer. This browning process is known as the Maillard Reaction.

When making malt liquor, brewers roast the malts for a shorter period, giving the drink its signature light amber color. Changes in water temperature and pH levels during the malting process will also affect the color of the resulting alcohol. Using water with a higher pH level makes the resulting drink darker.

Another factor that contributes to the color is the process of filtering the brew. Some brewers don’t filter their brews resulting in a darker, heavier drink while others do a light filtration to produce a lighter appearance as is the case with malt liquor.

Another distinct difference between malt liquor and regular beer is the price point. Generally, malt liquor has historically been considerably cheaper than regular beer.

Malt liquor was introduced to the market to boost the beer industry at a time when beer consumption was at an all-time low and consumers were beginning to prefer wine and spirits.

Since then, malt liquor has been viewed as alcohol for those on a tight budget. What makes this drink so popular is the fact that not only is it packaged in a large bottle; it also packs a high alcohol content compared to regular beer.

There is a lot of reference to malt liquor in pop culture with the basic premise being that with this drink, you can get drunk for cheap. Beer, on the other hand, is considered a more refined, classier drink, and most of the time, a 12-ounce can doesn’t come cheap.

As we’ve seen, malt liquor can be categorized as a beer but the main difference between malt liquor and regular beer is the fermentation process and the alcohol content.

In the general sense of it,  beer that is made using added sugars and has an alcohol content of more than five percent ceases to be beer and instead becomes malt liquor, a much cheaper lager that is also known as a forty. 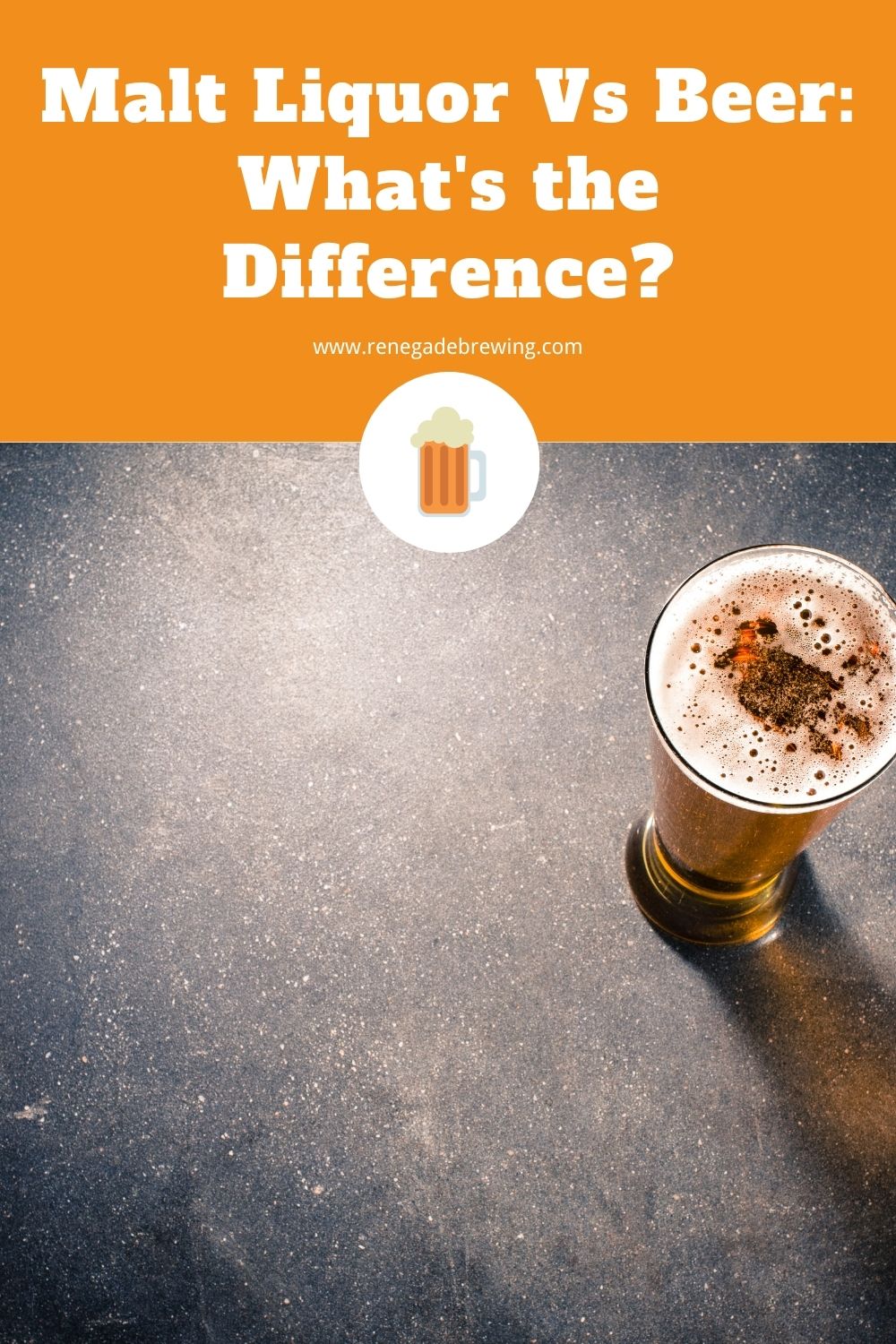