Many people are confused once the question of a difference between sarsaparilla vs. root beer arises. Considering their similarities, it is a logical question. Both of them are derived from the same root, and their appearance is pretty much the same. There are also many admirers of their taste worldwide. Plus, sarsaparilla is a necessary ingredient in both these beverages’ preparation. 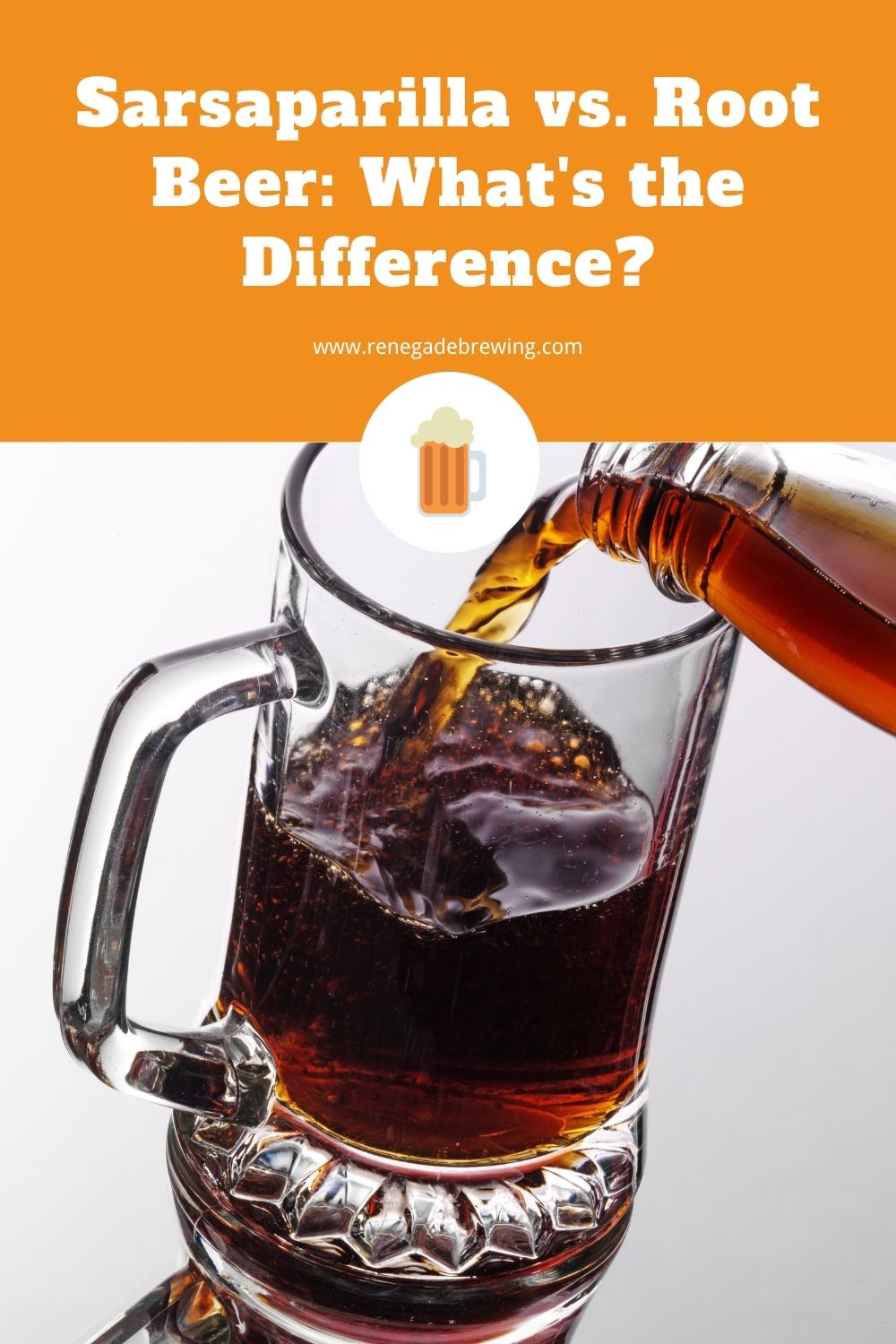 In the very beginning, both are made from the native North American plants’ roots and used as medicinal tonics. Manufacturers have used sarsaparilla vine to make sarsaparilla. On the other hand, now banned sassafras trees’ roots were the primary ingredient for producing root beer. Nowadays, many admirers agree that the differences between the two nowadays are minor. It is time to solve that mystery.

The Native Americans used both beverages and named them after the ingredients they used in producing. They used sarsaparilla as a medicinal drink, but its naturally bitter taste was the probable reason for the root beer introduction.

At the very beginning, these two drinks were entirely different. Nowadays, root beer is also made from sarsaparilla with other ingredients added to indulge its bitter taste. That way, Americans got a sweet drink that they have loved for so long.

These two beverages have different tastes, but it is not all. They also differ in variations, alcohol percentage, and carbonation level. Plus, many people still consider the original sarsaparilla a medicinal drink that helps treat several health conditions.

There are also differences in preparation. To solve the issue of bitter sarsaparilla taste, people started to use licorice flavorings and wintergreen. As a result, they made a root beer variant that Charles Elmer Hires promoted as a brand.

Indigenous peoples of Central and South America used its roots for treating rheumatism, colds, cough, skin issues, but also in the prevention of sexual impotence and cancer. Spanish soldiers imported the plant to Europe in the 16th century as a cure for syphilis.

The beverage became popular in the US in the 19th century as a medicine for curing blood problems. It is possible to make this beverage with a few sarsaparilla species. It includes plants from the Smilax family or wild sarsaparilla belonging to the Aralia family.

It contains A, C, D, and B-complex vitamins and many minerals, including iron, iodine, manganese, copper, zinc, and silicon. Scientists have also discovered that this plant features active chemical properties, including anti-cancer and anti-inflammatory compounds and antioxidants:

The beverage use is restricted for pregnant and nursing women and patients suffering from a sensitive stomach and kidney or prostate disorders.

What is Root Beer?

Root beer is an essential part of American culture since the 19th century. The consumption started in the 1840s, but the first documented recipes dated to the 1860s.

Charles Elmer Hires was the one introducing Hires Root Beer as an alternative to alcohol in 1875. It was the first root beer commercial brand. His idea was to name the product Root Tea, but the ‘Root Beer’ label made it more attractive to coal miners in Pennsylvania.

Nowadays, manufacturers use different mixes to get unique flavors of this sweet and foamy drink. They produce different beverage types, including:

This drink’s primary ingredient was the sassafras (Sassafras albidum) from the laurel family. Unfortunately, it was discovered that volatile oils in this plant could cause cancer.

Since 90% of the tree is safrole, the FDA banned the plant use after uncovered its carcinogen properties. Nowadays, manufacturers flavor the modern beverage variation with sassafras oils and birch without adding the original plant. Most modern root beers don’t contain the sassafras but include:

This drink often contains a tasty combination of sarsaparilla roots and ingredients like cinnamon, vanilla, nutmeg, anise, honey, juniper, aspartame, burdock, and wintergreen. That is a reason why some experts consider it adulterated sarsaparilla.

Believe it or not, there is also a variation with added caffeine. These ingredients change the beverage taste, which is an excellent choice for people disliking original sarsaparilla bitterness. Most root beer production is centered in America, but you can also find some versions in Thailand and the Philippines. You can make your own beverage at home, as well.

The process of root beer production

You should start by boiling molasses syrup and water. Then, cool it down for three hours before adding yeast, sassafras oil, and wintergreen.

After the fermentation process that lasts approximately 12 hours, you can strain and rebottle your beverage to allow the second fermentation. In most cases, you should stop the procedure once your root beer reaches 2% of alcohol. Any additional fermentation will cause an increased alcohol content level.

Nowadays, you can use root beer to make an excellent tasty BBQ sauce. Ingredients include:

Both sarsaparilla and root beer are popular drinks that the Native Americans made before Europeans arrived at the new continent. In the beginning, they use these beverages as tonics to cure some medical conditions. However, there are a few primary differences between the two, such as:

Initially, people used the sarsaparilla vine to produce sarsaparilla. On the other hand, root beer was made from the sassafras tree’s roots and bark and birch oil. As I have already mentioned, these roots are excluded from use because of potential carcinogenic properties.

There is also a difference in other ingredients’ content. Initially, sarsaparilla contains only the vine. However, manufacturers have mixed sarsaparilla plants with many different components over time to get various flavors.

The most popular sarsaparilla color is soft and gentle brown, while root beer is more dark brown.

Sarsaparilla is well-known for its bolder and pretty bitter taste. Nowadays, some manufacturers add licorice or some other sweeter ingredients to reduce the bitterness. On the other hand, root beer is sweet with a lighter aftertaste. It significantly differs in flavors, depending on added ingredients.

More Popular Drink in the US – Sarsaparilla vs. Root Beer

The fact is that root beer is the most popular beverage in the US and makes approximately 3% of the country’s all-available soft drink market. However, variations in consumer taste and looking for healthier options have affected both beverages’ recipes over the years.

The latest market research shows that full-calorie sodas consumption has declined by more than 25% in recent years, and most Americans try to avoid soft drinks. Statistically, teens drunk such beverages about 24% less in 2013 compared to 2006. As a result, childhood obesity has decreased over the previous seven years.

That affects the sarsaparilla and root beer production, as well. Nowadays, companies substitute corn syrup with cane sugar to get low-calorie drinks. The first positive results were shown very quickly. That means you can drink your favorite beverages and stay healthy and slim at the same time.

Both sarsaparilla and root beer are tasty and highly popular in the US. Which one will be your preferred choice is a matter of your taste. If you like a bit bitter flavor, you should pick out a glass of sarsaparilla. Otherwise, sweet root beer is the beverage for you.

One more thing! With sarsaparilla, you will get a non-alcoholic, healthy drink, while you can choose among a few sweet beer options. Whatever your decision is, cheers! 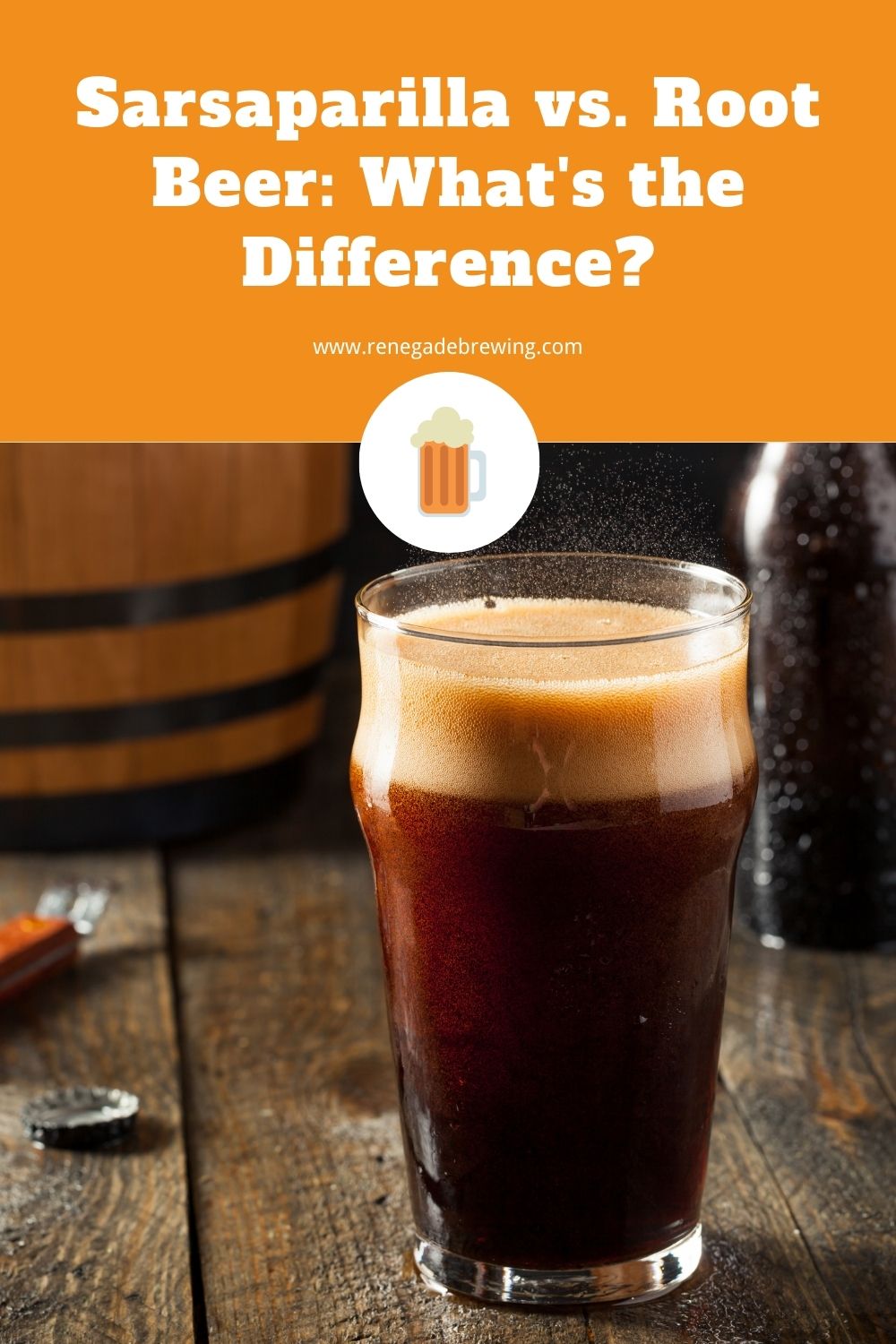 1 thought on “Sarsaparilla vs. Root Beer: What’s the Difference?”