You might know Shock Top from its flagship Belgian White beer. Or, you might be a fan of their flavored specialties. Whatever might be your reason, you surely want to know more about Shock Top, don’t you? 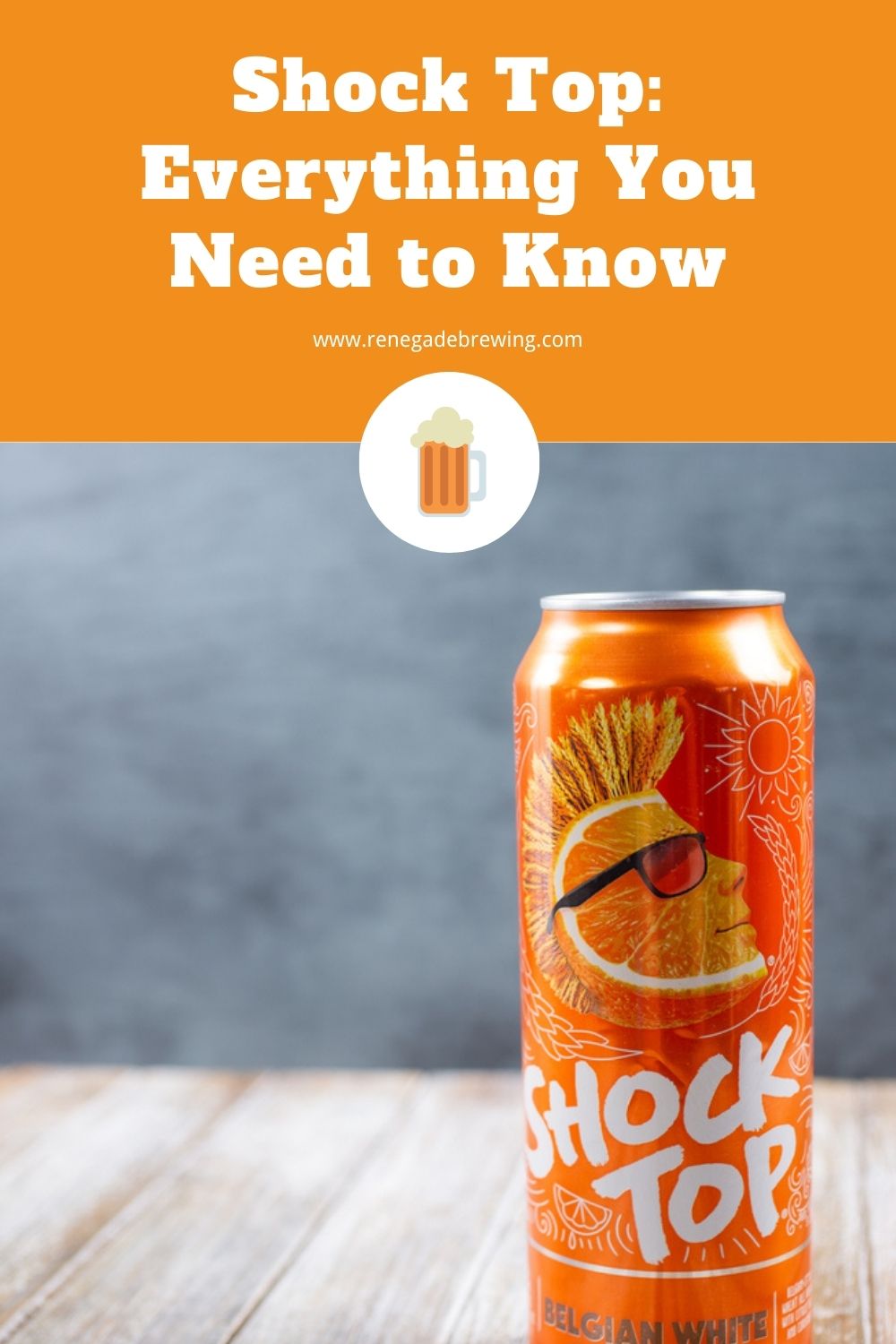 If ‘Yes’ is your answer, you’re at the right place! In this post, we’ll discuss everything you need to know about Shock Top beers; their history, their varieties, and even their calorie content.

If you have any queries on Shock Top, you’ll be answered! Read on to find out more about your favorite beer!

What is Shock Top?

Shock Top was introduced as a 5.2% Belgian Wheat ale by Anheuser-Bush in 2006. This ale is brewed with two row-barley and imported Hallertau hops.

These are then blended with Willamette hops and Cascade. The fresh citrus notes in the Shock Top are the result of added orange, lemon, and lime peels to the brew kettle during the brewing.

The ale, as it is unfiltered, has a cloudy texture and a light golden color. And, the taste, of course, is fresh and smooth! Today, Shock Top comes in various exotic flavors. Some are seasonals, whereas some are specialties.

They introduced Shock Top as a 5.2% alcohol by volume Belgian wheat ale as a seasonal beer in 2006. The beer was brewed in Fort Collins, Colorado, under the name of Spring Heat Spiced Wheat.

What’s more, by bragging a bronze medal in the same award in 2007, Shock Top proved itself unstoppable and was able to earn a reputation in the market quickly. The beer was then made available all year round since 2007.

Since then, Shock Top has been able to introduce varieties of innovative flavored beers as seasonals as well as specialties.

Are you someone who is calorie-conscious? If you’re always checking the labels of each food item and beverage, including beers, this section is specially catered to you. Let’s learn about calorie content in different shock top beers, shall we?

Shock Top has a wide range of beers; their flavored beers are the ones you should try if you don’t really enjoy the same-old beer-y taste.

And, with each flavor, the calorie distribution is slightly different. We won’t discuss every type of beer that Shock Top has ever introduced; let’s go brief on a few popular ones!

With 15 g carb and 2.2 g protein per serving size (i.e., 12 oz), the calorie percentage distribution for pumpkin wheat beer is the same as for Belgian white. However, the total calorie is slightly more – 168 every 12 oz. bottle or can.

Honeycrisp apple wheat ale contains 100% carbohydrate, with the actual amount being 15 g per 12 oz beer. The total calorie content for this beer is 167 calories.

Now, if you’re trying to follow a low-calorie diet, we may have found a suitable beer option for you! Though lemon shandy beer by Shock Top is not as low-calorie as other low-calorie beers available in the market, you may want to give it a try just for its fresh citrusy flavor.

The total calorie content in lemon shandy is just 126 calories, with 100% carbohydrate. You can expect 12 oz. of lemon shandy to have around 3 g of carbs.

What to Pair Your Shock Top With?

As we’ve said before, though Shock Top is famous for its Belgian White, their beer varieties are unbeatable. Despite being flavored, wheat beers are not everybody’s cup of tea! Some even find the wheat-y taste overpowering.

But for those who love wheat beers, you might be wondering what you can pair it with. Let’s discuss briefly what type of food goes best with your Shock Top!

Cucumbers and leafy greens go well with wheat beers. Whatever be the beer flavor, bready wheat or with some citrusy note, salad and wheat beer combination is a hit for sure!

What’s more, if you want to experiment with some creamy dressings, go for it! Cut boiled eggs or some sliced ham or turkey on top will definitely spice up the combination.

Lighter fish and wheat beers match perfectly in flavor as well as weight. What’s more, if you want to take the combination to the next level, a squeeze of lemon will do the job!

Your favorite bowl of fruit salad also best compliments Shock Top wheat beer. The fruity refreshment in the background, along with your favorite wheat beer, will make a perfect afternoon lunch!

At last, what you love your beer most with comes down to you. You might find some overhyped combination blunt, but some awkward recipe might be a hit for you.

So, if you want to experiment with the food pairings for your Shock Top, that’s great too! But if you’re unsure and don’t want to risk it either, it’d be best if you take our food pairing suggestions.

How Long Does Your Shock Top Last?

As alcohol percentages in beers are relatively lower than other liquors, they tend to go bad quickly. Generally, beers are known to be at their prime for about 6 months. However, continued refrigeration might make sure that the beer is of good quality for about 6-9 months.

Most importantly, make sure you check the expiry date on your Shock Top. The dates on beer bottles are notorious for being cryptic. If you’re unable to crack it, a good internet search would be enough to do the job!

If your Shock Top has passed its expiry date, we’d recommend you not to drink it. You can also check your beer for any foul smell or texture. You should also be able to see your Shock Top foam up once you open it. If it doesn’t, the beer isn’t quite drinkable.

A quick beer storage tip for you – always store your Shock Tops away from heat and sunlight. And if possible, keep the bottles and cans refrigerated at all times. As the colder the beer, the better!

Drinking expired beer can come with its own set of health risks. So, before you chug on one, always remember to make sure that the beer is fine.

A Perfect Way to Enjoy Your Shock Top

Many have no idea how to drink their Shock Top. Wheat beer is in itself either a hit or a miss! But even if you’re not a fan of Shock Tops, adding one or two ingredients might make it ideal for your palate.

So, are you looking for a brilliant Shock Top recipe to enjoy with your friends and family on summer nights? If yes, Cooking With Amber has the perfect recipe for you.

Basically, the recipe to make a loaded Shock Top comprises a 12-ounce Belgian White Shock Top, 1.5 ounces shot Grand Marnier and a splice of orange or cranberry juice. If you want to make it fancy, finish it up with orange slice toppings.

Take a pitcher with ice cubes, pour all the ingredients, and dress it up! Once you’re done, enjoy it with your friends and family.

Beers and summer make a beautiful combination. And what’s more, if the beer is flavored, the freshness is unbeatable. Likewise, wheat beer has a different fan base. Whatever be your choice, Shock Top has it ready for you.

With this detailed guide on Shock Top, we might have answered all your queries. By now, you know the calorie content for each Shock Top variety! You even know if a Shock Top bottle you just discovered in your refrigerator is still drinkable or not, don’t you?

So, which Shock Top flavor do you love the most? And, what about wheat beers? What’s your take on it? Let us know! 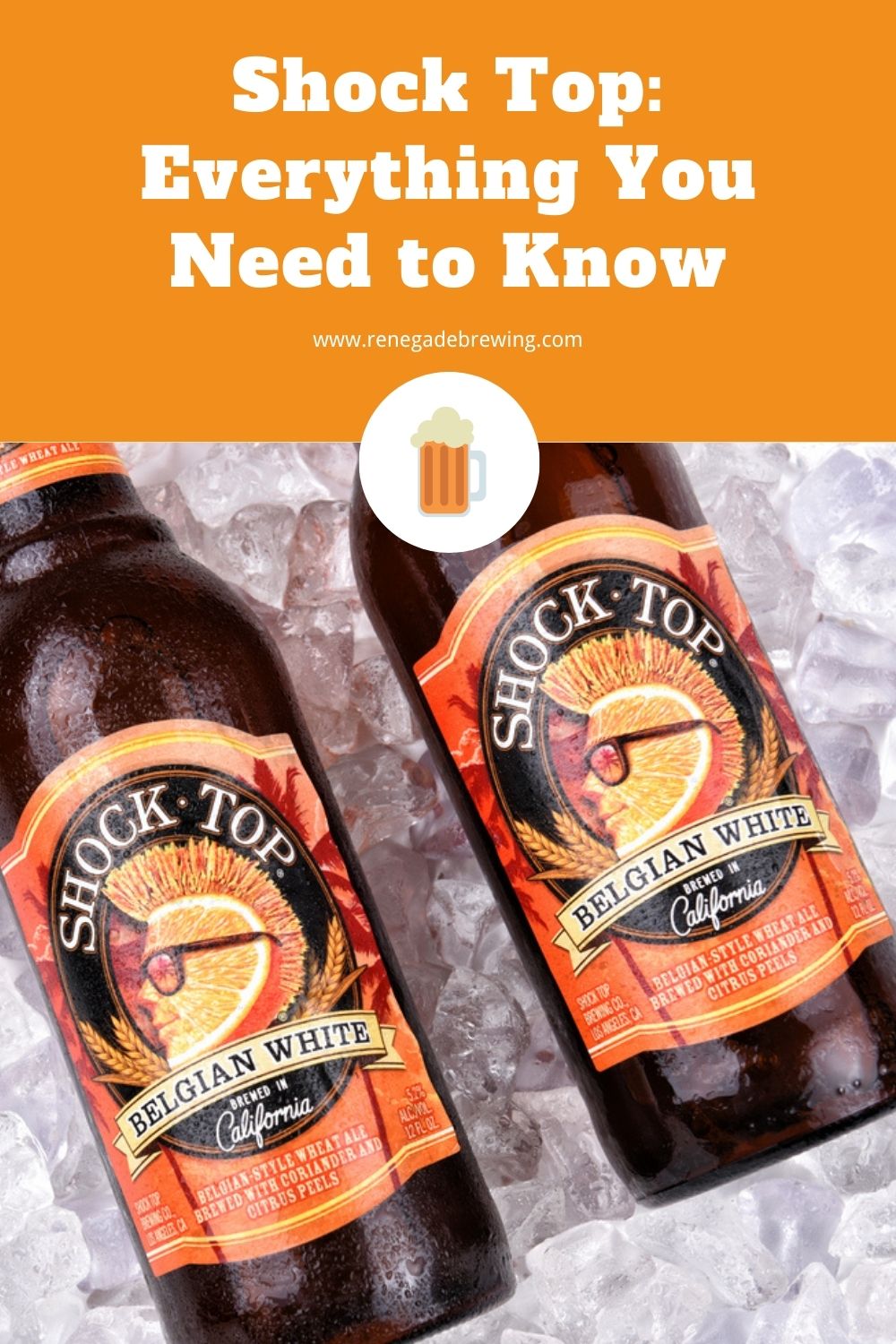 9 thoughts on “Shock Top: Everything You Need to Know”