Let’s start by telling you a short one-lined story, shall we? During medieval times, until the 19th century, folks from Europe used to drink small beer in preference to water only because water supplies were considered unsanitary at the time! 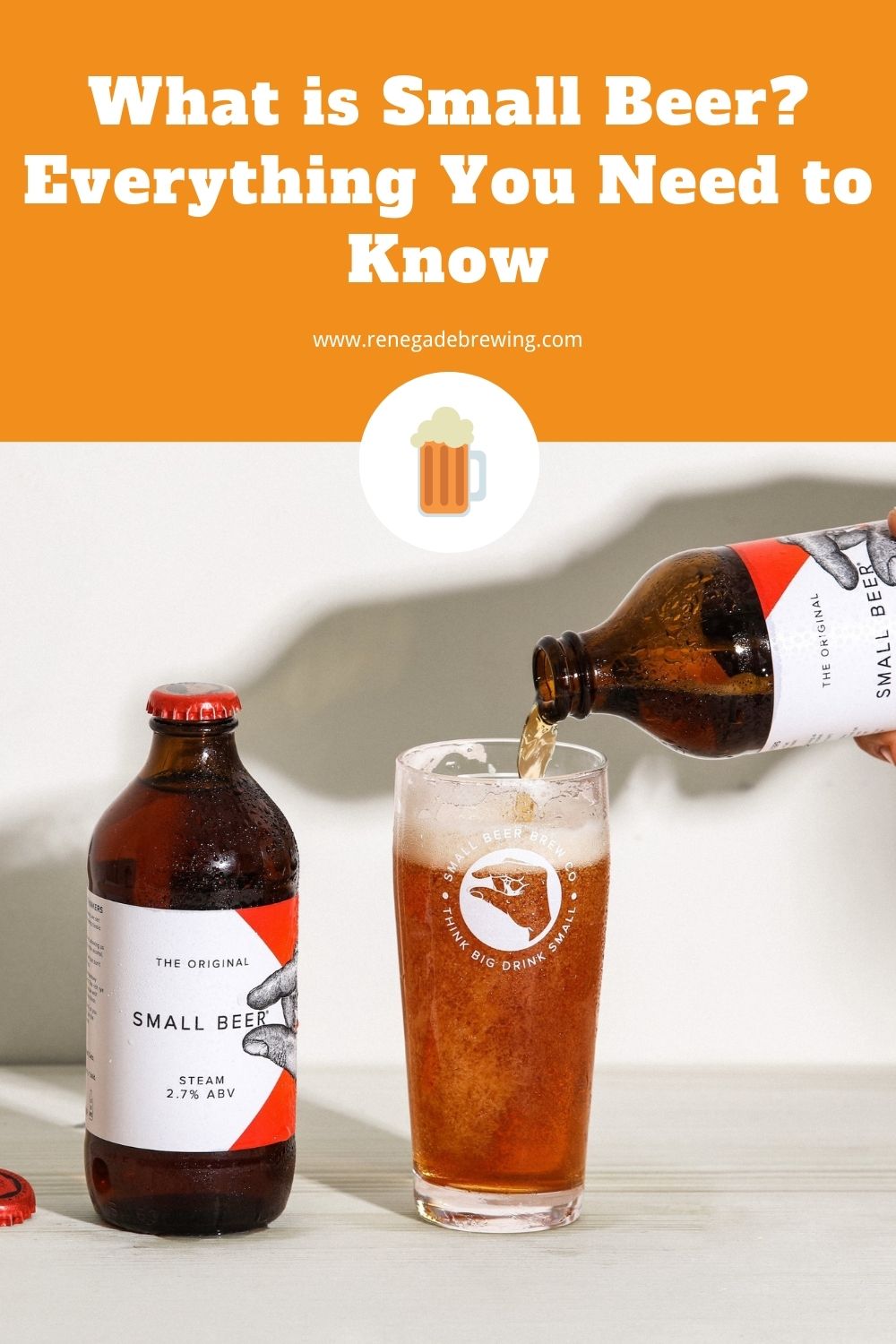 Well, I don’t know how much truth this story holds; the only thing I know is you sure are excited to know more about small beer and its interesting history. That’s what we’re here for!

In this post, I’ll share the meaning of small beer, its history, and even a recipe for making a small beer with you.

And, don’t worry, if you want to make some small beer for yourself, we’ll also provide you with recipes and food pairing ideas further in this post. Now, let’s get started, shall we?

What is Small Beer?

So, what is small beer? Well, truth to be told, for most of my life, I thought that small beer is just beer in a smaller bottle. If you thought the same too, know that you were not the only one! Now, let’s make things clear once and for all.

Small beer simply is a weaker beer with lower alcohol by volume than typical beers, i.e., it has an alcohol percentage of around 0.5% to 2.8%. ‘Small’ in its name means weak or of lesser potential.

Though not very popular today, small beers used to be the go-to drink in the old days, even more, popular than water! We’ll talk more about that in the history section.

Does diluting a standard beer make you a small beer?

No, making a small beer is definitely not that simple. On top of that, diluted beer wouldn’t taste great either. However, many companies did use the name ‘Small Beer’ to market their product while they were just filling the bottles with diluted regular beer.

But the case scenario is different today. Many small beer companies are emerging lately, and they’ve been producing high-class tasty and quality small beers. You must try one soon!

When it comes to making small beers, it requires you to use re-boiled mash, usually leftover from brewing a batch of stronger beer. Many even use third runnings to make small beers.

A Brief History of Small Beer

The history of small beer dates back centuries. There has been evidence of major authors and well-known personas in history like Shakespeare mentioning small beer in their art and literature.

Also Read:  What is a Gose Beer? Everything You Need to Know

Interestingly, there were times when people, regardless of their age, drank small beer all the time, more often than they did water. But how could possibly they drink beers all the time and still be sober enough to function and do their work? The answer – small beers!

It was during the 18th century; small beer became socially acceptable. Families used to make small beers to transform their spent grain into a flavorful but low alcohol brew, which became popular as small beers. And during the 19th century, small beer even replaced malt liquors as the drink of choice for common folks.

Logically, a small beer definitely might have been more common amongst workers, servants, and the poor, as small beer used to cost lesser shillings than the regulars.

Moreover, small beer was a cheap way to be hydrated and intake calories. As we’ve been hearing stories about drinking water being scarce earlier, the popularity of drinking small beer during this day is unquestionable!

Are There Any Benefits of Drinking Small Beer?

So, do you want to replace your regular beers with small beers? Well, it might be the right decision! Why? Here are a few benefits of small beers.

How many times have you felt dehydrated during a hangover and stayed away from beers for days? Well, those days will be gone. Thanks to its lower alcohol percentage, small beers make you feel more hydrated instead!

Even if you love beer, you don’t have to chug on strong beers to enjoy. Properly brewed small beers are excellent when it comes to flavor. And, saving a few percent on each bottle will definitely make your body happy.

You’ll get to drink your favorite beverage, and still, the alcohol percentage in your blood will be significantly lower. How great is that?

However, the alcohol concentration in the latter group members’ blood was significantly higher, almost double, compared to the former group.

So, if you could have equal fun and reduce the alcohol stress in your body with small beers, who wouldn’t choose it over the common beers?

How to Make Small Beer?

Today, there are a lot of small beer recipes available on the internet. But this 1757 small beer recipe by George Washington is one you’d definitely want to try out. Here’s the recipe as it is.

“Take a large Sifter full of Bran Hops to your Taste — Boil these 3 hours. Then strain out 30 Gall. Into a Cooler, put in 3 Gallons of Molasses while the beer is scalding hot or rather drain the molasses into the Cooler. Strain the beer on it while boiling hot let this stand til it is little more than blood warm. Then put in a quart of yeast if the weather is very cold cover it over with a Blanket. Let it work in the Cooler 24 hours then put it into the Cask. Leave the Bung open til it is almost done working — Bottle it that day Week it was Brewed.”

The New York Public Library and Coney Island Brewing Company, located in Brooklyn, collaborated in 2011 to brew a porter quite similar yet slightly changed to the recipe in order to bring a modern twist to the taste of the beer such that it caters to the palate of drinkers nowadays.

Moreover, in the 1716 edition of The Whole Art of Husbandry, you can find two more recipes for making small beer. Among the two recipes, the first one is considered the most traditional one. We’ll share this recipe with you as well. Here it is!

Now, all that’s left is for you to start the brewing. May you make an epic batch of small beer!

Small beers are usually ale or lager. A food pairing guide for your standard beers will do its job if you want to know what to snack with your small beers. However, for your ease, I’ll share some foods that best goes with small beers.

Small beers are arising in today’s market at quite a rapid rate, and we’ve no doubt that it has come to claim its recognition.

However, the only downside is that people might overdrink small beers just because they didn’t feel drunk enough. But if drank in moderation, any beer, small or regular, makes your day, doesn’t it? 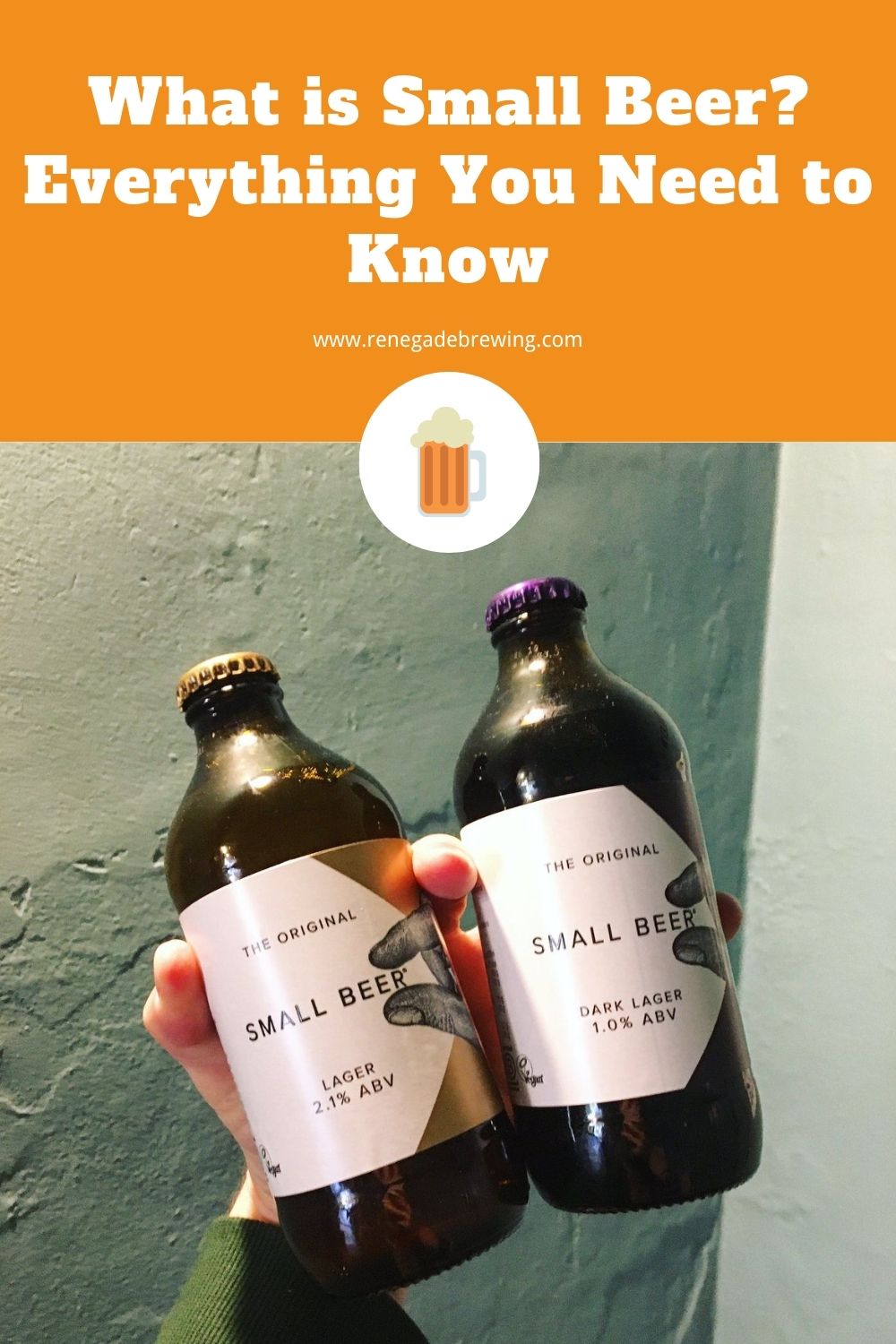