Beer color is one of the first things you notice when pouring this beverage into a glass. If you order a beer in a bar, you will expect it to have a particular shade. For example, a pilsner should be pale gold, while ale is always dark brown.

Although many roughly classify beer as a light or dark drink, it can have dozens of colors, depending on ingredients and style. Thus, the beer color chart is a broad term and encompasses many nuances, often described by numerical values.

The way of describing and defining beer color will depend on whether you merely enjoy this drink or produce it. Several methods and scales identify the brew shade, but they are mostly unknown and unnecessary to laypersons.

A beer that a professional brewer sees as 20 SMR value (Standard Reference Method), most people define as plain brown. So, you will hardly notice the difference in the two brands’ beer of the same style unless you are a homebrewer.

The key colors most people use to describe beer are:

You may also use or find terms like straw, copper, gold, reddish, or deep brown on the label. That is a good enough description for a layman, but brewers use a much more precise range.

Precisely determined grains ratio has a significant impact on beer color, but it also affects beer’s flavor. It is almost a rule that light beers have a softer, crisper, and more refreshing taste than dark ones, which come with a fuller, bitterer, and more intense aroma.

If the brewer decides to add brew extracts of fruit, coffee, or caramel, these ingredients will change the original brew shade. However, different brewing phases also influence the final product’s tone.

Once you soak the grain in water and it germinates, you will get a malt that is further prepared for fermentation by roasting. The more you roast malt, the beer will have a darker color. It is as simple as that. The roasting duration and the temperature you use determine the exact shade of brew.

Then, you should add malted barley to hot water during the mashing process. That way, you will create fermentable sugars, which yeast turns into alcohol later. The mash color will depend on the PH values of the water. The higher the PH, the darker the beer will be.

Also Read:  How to Use a Hydrometer? (With Video & Examples)

Plus, some brewers keep the water warm at the same intensity while others fluctuate it. You can see the difference in beer limpidity and its color clearness at the end of brewing.

In the next stage, it is necessary to extract the liquid from mashed malt to get a wort. Cool it quickly and remove the remaining malt particles from it before fermentation starts. The intensity of the temperature difference in the cooling phase will significantly affect the beer color and clarity.

Brewers use different yeast varieties to create alcohol by reacting with sugars in the wort. Fermentation temperature, yeast type, and filtering refinement will influence the final beer color the most. On the other hand, you can find unfiltered beers on the market with fuzzier and duller colors than filtered ones.

In 1950, the ASBC (American Society of Brewing Chemists) created the SRM (Standard Reference Method) scale, which is the most common method for determining beer color to date.

In general, these shades vary from pale straw, with 2 SRM value, to black with 40 SRM. However, imperial stouts have even higher values than black. Thus, brewers sometimes include colors with SRM values between 50 and 80, as well.

European breweries use the EBC (European Beer Color) chart for quantitatively describing beer color. The procedure is very similar to determining the SRM value and is performed using a spectrophotometer.

The same as on the SRM scale, light-colored beers have a smaller numeric value. Plus, you can quickly convert one value to another using the following equations:

If you want to avoid math, you can find useful converters of these scales on the ASBC (American Society of Brewing Chemists) website.

Brewers often indicate the wort color on the Lovibond scale while using the SRM scale to determine the final product.

The crucial disadvantage of the Lovibond method is the subjective color experience of each examiner. Lovibond himself used glass plates painted in the typical beer colors and compared wort samples with them.

Today’s methods are much more precise and computerized. There are converters on the Net that switch degL (degrees Lovibond) into SRM or EBC scale and vice versa. You can also use the following equations:

In rare cases, breweries also use the MCU (Malt Color Units) method to predict the expected wort color during fermentation. That way, they can adjust the recipe to get the desired result.

You need two equations using Lovibond and SRM scales for this method. First, visually determine the current shade of the mass by the Lovibond method. Then, use it to obtain MCU and calculate the beer SRM value. 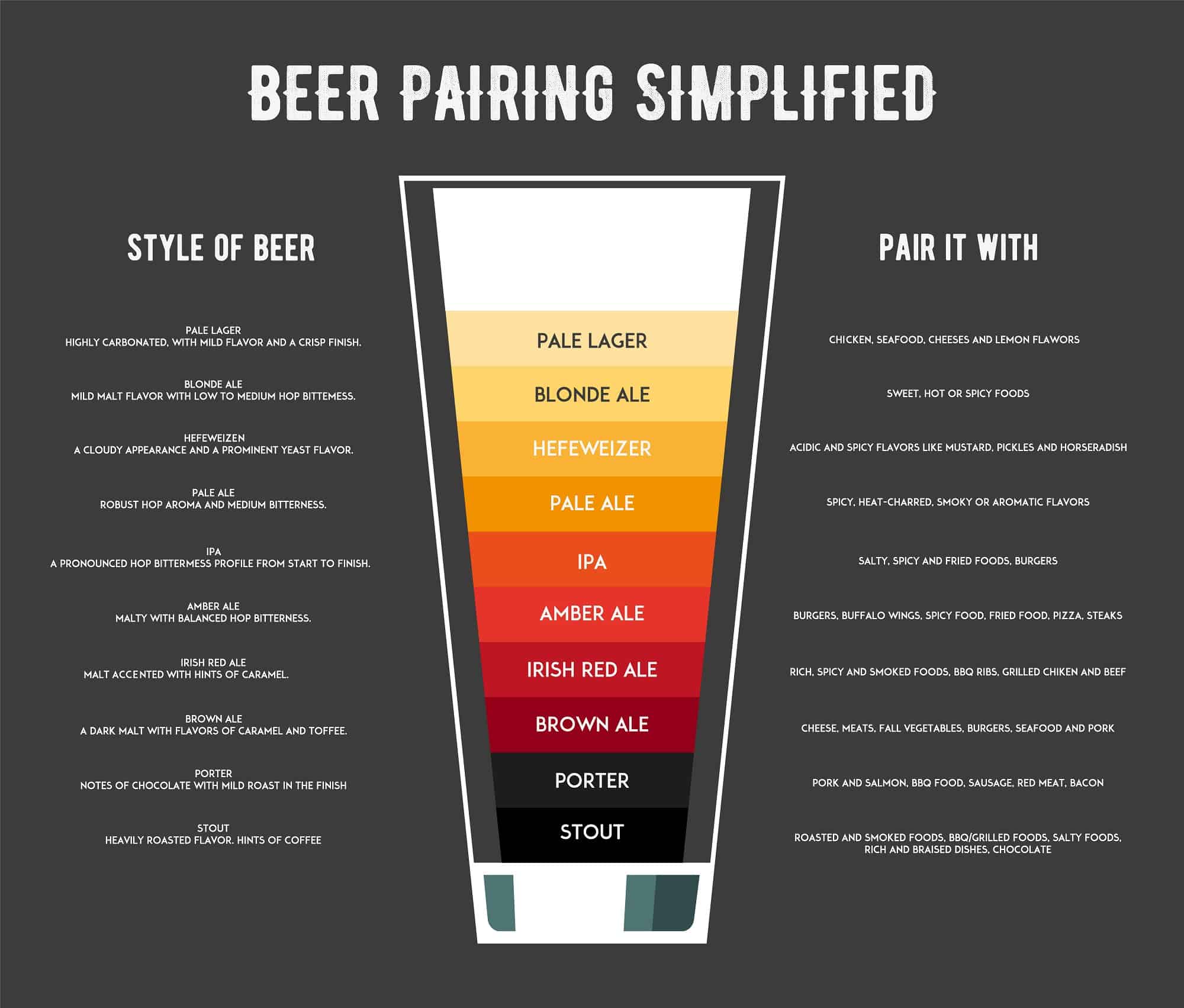 As I have already mentioned, different beer styles have some shade of specific color by default. The so-called blondie beers, citrus combinations, pilsners, and sour beers have light SRM shades with values ​​between 2 and 11.

They are followed by Amber ales, IPA, and some lagers that reach a numerical value of 20. After this value, dark beers begin.

In general, porters and stouts have different shades of brown, red, and dark brown, and they are on the SRM scale at values ​​of 20 to 40. However, imperial stouts are among the darkest, 40+ SRM beers.

In most cases, beer color can tell you a lot about its taste before you even sip it. Dark shaded beers tend to have a more complex flavor, and they often leave a strong aftertaste in your mouth, including a coffee, caramel, and malty aroma.

Also Read:  How To Make Hefeweizen

Contrary, light beers are more comfortable to drink, more refreshing, and you don’t need to be a beer connoisseur to enjoy them. However, dark beer admirers consider their taste too mild and bland.

That is the reason many breweries enhance their light beers with fruity, flowery, or citrus aromas. In some cases, you will get a slice of lemon or lime next or in your bottle of light beer, mostly because of its neutral flavor.

The Way to Measure Beer Color

Determining beer color is not a complicated procedure, whether you perform it in the laboratory or at home. If you are merely curious about your favorite beer exactly shade, you need to use the following steps:

Keep in mind that you can only get an accurate result in natural daylight. Using a flashlight or other artificial light source will make the beer brighter.

Of course, you will determine your beer color using the Lovibond scale in this case. Keep in mind that your eyes’ subjectivity will affect the result since not all people perceive color equally.

You will need a spectrophotometer, cuvettes, and a computer with the specific software if you want to define the numerical color value on the SRM color chart.

There are many different beer colors, ranging from pale, almost colorless, to dark black. Brewers most often use SRM or EBC scales to identify the exact brew shade.

You can predict the color and taste of a particular beer by its style. However, there are also differences in tone, depending on the recipe and brand.