The first records of this beverage date back to about six thousand years ago, making it one of the most popular drinks throughout history. However, some people never had a glass of beer for various reasons. If you are one of them, you probably wonder what does beer taste like. 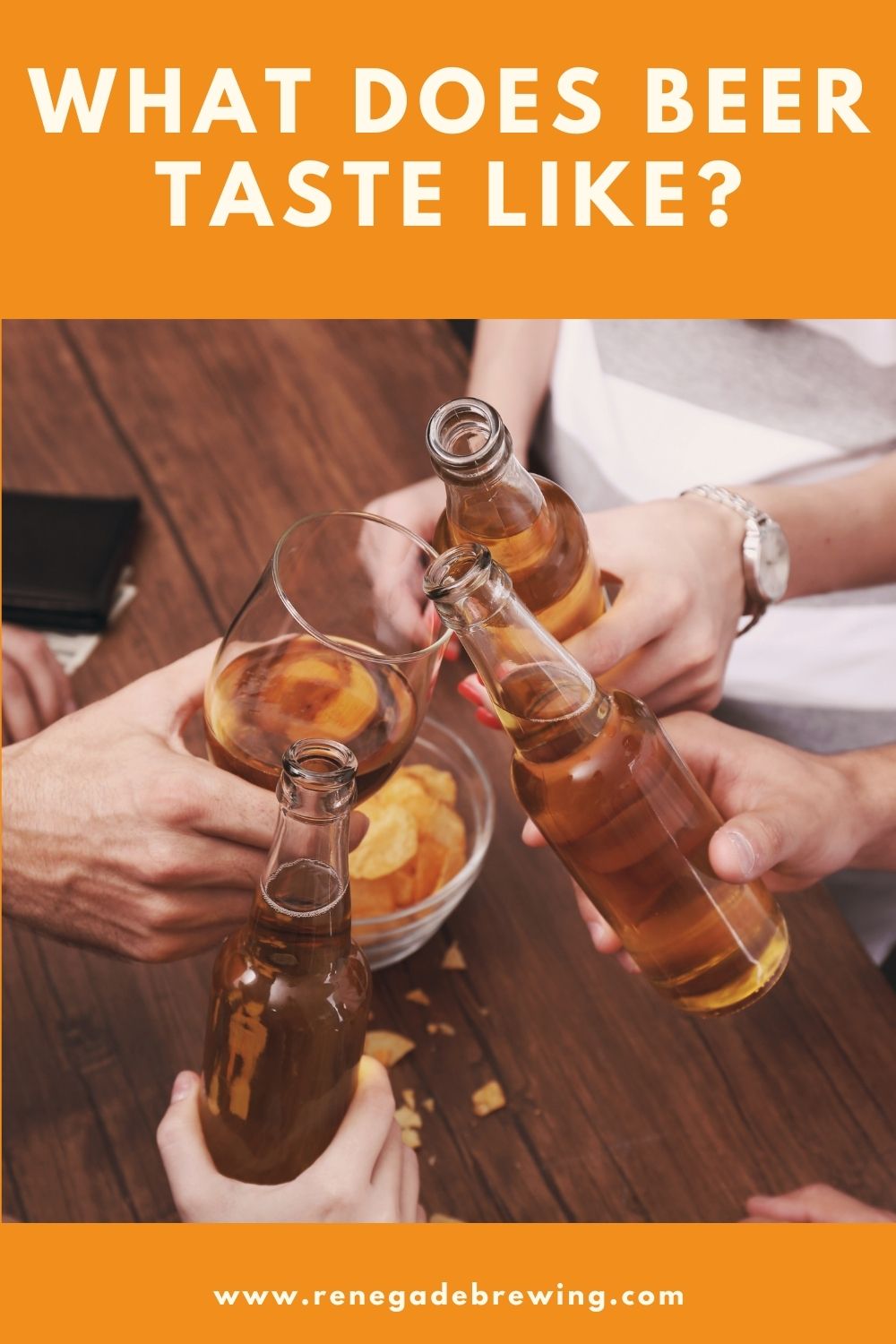 There is no simple answer to this question. The taste spectrum of beer is very wide, from bitter, to sour or sweet. Still, it is possible to make some guidelines if you consider the difference in beer types.

The taste of beer primarily depends on its ingredients. The largest percentage of this drink is water, so its influence on beer quality is significant. In addition to water, beer contains, depending on the recipe, hops, yeast, and malt (barley). Necessary ingredients’ quantities depend on the specific brand and recipe and include:

Some brewers also add fruits, spices, or other additives to their beers to give them a specific taste.

Next, the fermentation temperature significantly affects the taste. Beer connoisseurs point out that the vital separation of beer is into two types, including lager beers and ale that differ in fermentation methods.

Brew masters state that beer temperature can change your experience connected to its taste. Thus, the rule is to consume light beers chilled while dark, strong beers should have room temperature. In other words, you won’t taste the right flavor if you drink a lukewarm pilsner or a too cold porter.

The choice of beer container is one of the vital factors, but the storage method before sale counts, as well. Beer standing in wooden barrels will always have a different taste than the one stored in metal containers.

Some people prefer drinking beer from a glass bottle, while others always choose to buy a canned beer. Believe it or not, those details give the final impression of beer aftertaste.

The beer terminology is confusing to many laymen. The crucial thing you need to know is that every beer is either lager or ale. What separates them is the mode of production.

Therefore, the fermentation time will vary depending on using the top or bottom yeast. So, ales will take approximately 3 to 5 weeks for warm fermentation while lagers go through the cold fermentation process that lasts about six to eight weeks.

Keep in mind that both sorts come in numerous colors and tastes. For instance, you can have a light ale and an amber lager or vice versa.

Beer connoisseurs say that there is also a crucial difference between ale and lager taste. The lager has a crispier and clearer flavor than ale. Contrary, the ale possesses an absolute fullness and sweetness of aroma due to fast fermentation.

Nowadays, most massive produces beers belong to the camps. The brewery can deliver a larger quantity to customers because the production process is shorter. Plus, many modern lager beers contain cheaper cereal supplements, such as rice and corn. Unfortunately, that always reduces the beer taste quality.

Craft beer is not a synonym for either lager or ale beer, but one of those two. The term craft beer refers to the beer produced by a small brewery instead of mass production.

According to the US Brewers Association, the craft breweries produce less than 3% of total US annual sales. That is roughly the amount of 6 million barrels (954 million gallons).

Craft beers have a different, fuller taste because breweries emphasize specific aromas, depending on the batch. They are also usually served at room temperature or slightly chilled so that you can fully taste them.

Although there is an alcohol-free labeled beer on the market, the truth is that it is practically impossible to produce it. However, companies use different methods, from vacuum distillation to reverse osmosis, to keep this percentage as low as possible.

Nowadays, you can determine four groups of beers, depending on the amount of alcohol they contain.

As you probably expect, there is a significant difference in beer taste between these four categories. The reason is a different ethanol level that provides a sweet flavor and smell that is impossible to replace with artificial additives.

Therefore, regular beer drinkers can feel the difference between alcoholic and alcohol-free beer in an aftertaste and aroma. At the same time, the underlying yeast and grain taste remain unchanged, maintaining an original flavor.

If you drink beer at least occasionally, you probably have a preferred brand and packaging. Some people only buy canned beer, while others choose to drink the one from a glass bottle.

Studies have shown that people have a pronounced preference for a particular beer only when seeing the package. Asked to compare two samples from plastic cups, most participants can’t notice any difference in texture, freshness, or taste.

There is one exception when it comes to light beers in clear glass bottles. If you expose such a beer to the sun, it will get a so-called skunk taste.

Canned beer is protected from this type of change, while brown and green glass bottles reduce the risk of changing the taste. If you prefer light lager beer, choose a can instead of a glass bottle to minimize this inconvenience.

Although it has been proven that there is no difference in the quality of the same brand bottled and canned beer, you can sometimes feel a metal taste when opening the can. There are several reasons for that:

Drinking from a beer can

Beer cans have an inner lining that prevents beer contamination with metal. So, the simplest explanation is that sensations of smell and taste mix into one experience.

In most cases, you probably sense the smell of a beer can while drinking. Pour a beer in a glass, wait for a couple of minutes, and taste it. If the metallic flavor is still there, you should open another beer.

Sometimes, even the best breweries have a bad batch. A potential cause of metal aftertaste in your mouth is poor-quality hops or barley. If the seller stored the grains improperly, they spoiled and affected beer flavor.

Unfortunately, there is no help other than throwing the beer away in that case. Then, buy a new can from another batch.

Finally, your beer can be contaminated with metal. The cause is water in the beer or its reaction with the copper or iron that equipment contains.

In some cases, leaving a beer to breathe and oxidize can neutralize the metal taste. So, leave the can open for about 15 minutes and take a sip after. If there is no change, throw it away.

In addition to the division into ale and lager, beers are also divided into light, medium, and dark. These categories also differ in the specificity of taste, color, foam, and way of serving.

This type of beer is characterized by an extremely mild, almost neutral taste. Many people define it as diluted and watery. So, most light beers are used to prepare cocktails or served with a citrus slice that improves the taste.

They can be yellow or orange, depending on the brand. All wheat beers have rich bread flavor and bitterness, but some have fruity and spicy fermentation flavors.

Drinking amber ales feel like having a liquid meal. The taste is specific, bready, similar to wheat beer but much bitter at the same time. Sometimes, these beers have additional aromas of caramel, nougat, or dark fruit.

If you enjoy the roasted coffee flavor, porter beer is the right choice for you. It has a dark brown color and a thick texture. You can also sense the notes of chocolate, caramel, or spices, depending on the brand.

Finally, dark beers have a thick, rich foam, creamy texture, and the darkest color. They are served at room temperature and have a rich, unusual taste. Sometimes you can feel some wooden aroma or a coffee aftertaste while drinking it.

Many factors affect the beer taste, including the alcohol percentage and added ingredients. Light beers tend to have a clearer and mild aroma than dark, porter, and stout ones, characterized by a rich and intense taste. Cheers! 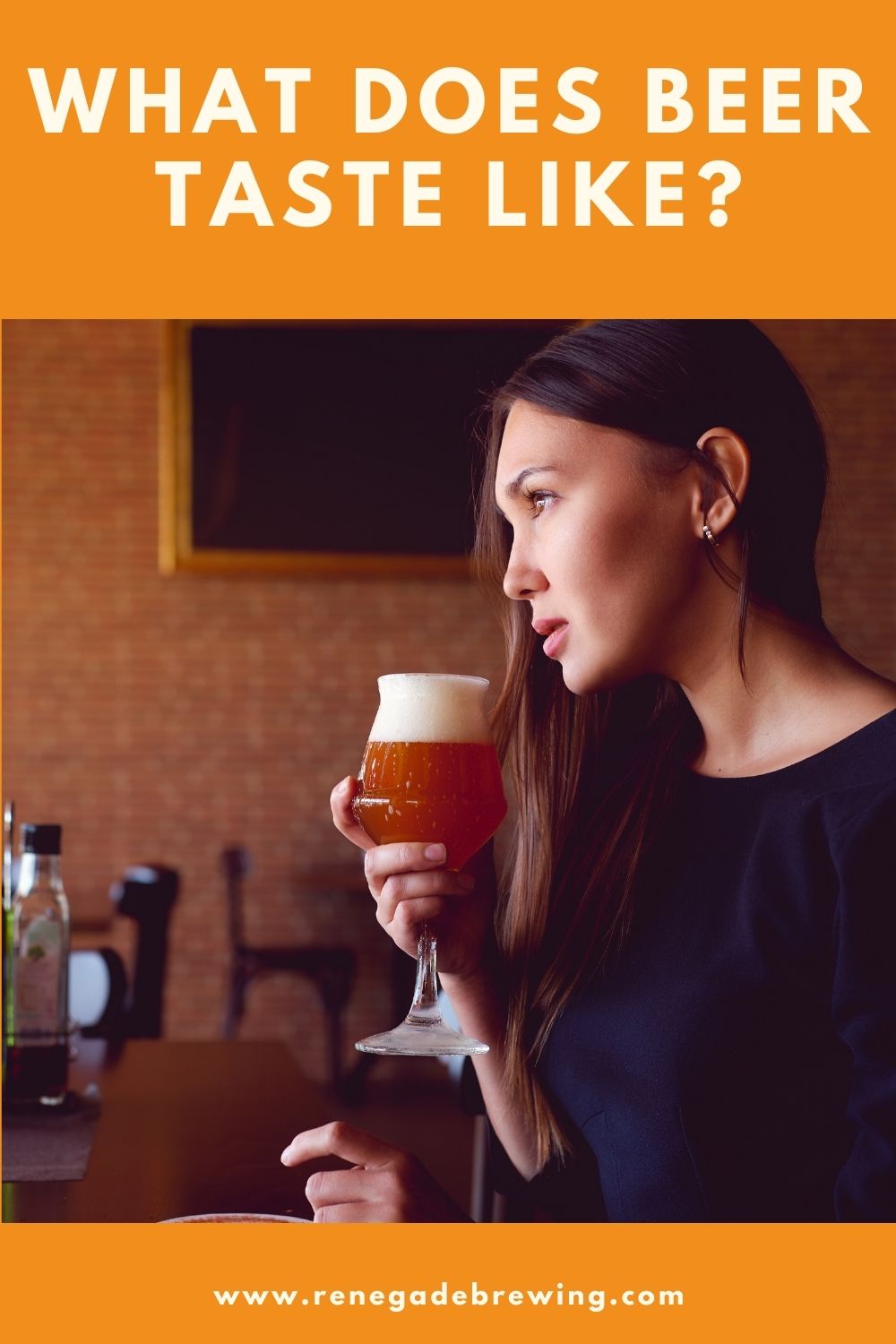