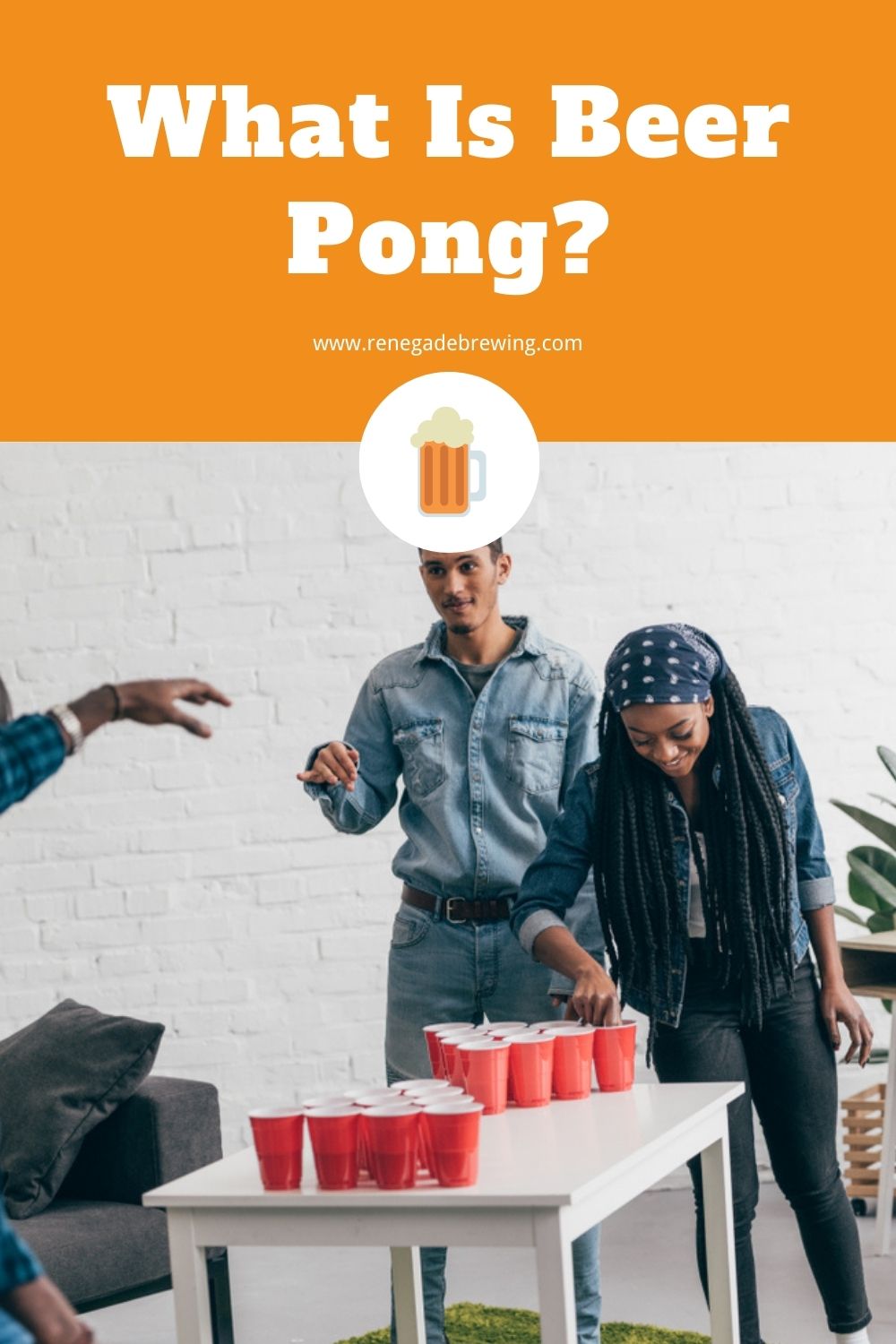 Beer pong is a traditional part of many student parties and fraternity lives. You are probably familiar with this game from your student days. Plus, it is hard to find a college-themed movie without a scene with guys drinking beer and cheering around the table.

Nevertheless, you may wonder what is beer pong and does it have any official rules? Let’s see.

Modern students can thank the Dartmouth College fraternity for creating beer pong during the 1950s. The probable explanation is that the ball fell into the beer glass during the Ping-Pong match.

At that moment, students got a new drinking game. Initially, they played beer pong similar to Ping-Pong, using its table, net, and paddles. The goal of the game was to throw the ball in the opponent’s cup filled with beer.

When that happened, the opponent player needed to drink the beer from a cup. The team hitting all the cases won. During the 1980s, students started playing beer pong without a net. Plus, they used paddles without handles, resulting in better player accuracy.

There are several things you need to play beer pong, besides friends and party mood. The standard equipment includes:

Nowadays, you can find various beer pong table designs, including portable tables you can take on camping. There are even beer pong table models that glow in the dark in case you feel extra adventurous. However, any table will be appropriate, as long as it is the Ping-Pong table’s approximate size.

The same goes for beer cups. Traditionally, students use red cups for beer and blue ones for water. Their sizes and colors can vary, depending on the agreement between the teams playing.

You need at least three friends to play beer pong since the minimal number of players is four, meaning two teams with two players each. However, dozens of people can play in tournaments or large fraternity parties. In that case, the team winning the first match continues to play with challenged teams until someone loses.

As for the amount of beer, there are online calculators you can use. You should enter the number of players, rounds, cup size, and similar information to determine exactly how many beers you need to buy.

Some calculators can even estimate the budget you need or how drunk you will get, based on your age, sex, and number of beers.

The basic beer pong rules are simple. You should fill cups with beer, arrange them, and try to sink all the opponent team’s cups. Each team takes turns in tossing, throwing, and bouncing Ping-Pong balls into the cups.

If you land a ball in a cup, the opponent will drink beer from it. However, there are some additional rules that you can take more or less seriously, depending on the circumstances in which you are playing.

These rules are obligatory in professional tournaments, but they are a matter of agreement when you play with close friends.

Once the teams fill the cups and arrange them on a table, two players from opposite teams shoot the balls while keeping eye contact. If they both miss or hit, their partners shot.

This mini-contest repeats until only one player hits the cup, deciding which team will start playing first.

This rule is not mentioned until someone breaks it. It goes without saying that you keep your elbows behind the table’s edge, while some players insist that it goes for your wrists, as well.

Once your team has 6, 4, 3, or 2 cups left on your side of the table, you have a right to require racking, re-racking, or reforming. The terms vary, but the point is the same. You can rearrange your cups twice per game. Plus, you can always pull back or center the last remaining cup.

If your ball bounce of the table and then sink a cup, your opponent will remove that cup plus another one of their choice. The rule doesn’t apply when only two cups are remaining.

Once you sink a cup, it is considered a Death cup or a Bitch cup until your opponent drinks it. If you manage to hit the Death cup again while the opponent holds it, you instantly win the game.

However, sinking the Death cup while it is on the table is worth three cups. The other team removes another two cups of their choice. Speed ​​and accuracy seem to be the key to this path to victory.

Each player can specify a cup they intend to shot once per game. The condition is that it is a single cup due to the formation or sinking surrounding cups. If a hit is successful, the defending team removes one additional cup.

In the overtime, both teams have three cups on the table in a triangle formation. The potential winning team shots first. There are no re-racking cups, but you can move back or center the last cup on your side.

Although today’s students don’t differentiate between these two games, you can still hear the term ‘Beirut’ from time to time. Passionate beer pong players point out that there are three significant differences between the original beer pong from Dartmouth University and Beirut:

As I mentioned before, the original beer pong game can have several formations, different in the number of cups. The most popular are:

You can also organize many other formations, including Games of Death, World Cup, and Enchanted Forest. The rules, formation names, cup numbers, and size vary from fraternity to fraternity.

Playing beer pong takes practice. Still, there are a few tricks that will help you in case you play for the first time:

Unfortunately, beer pong is, like other drinking games, more of an excuse for binge drinking at student parties than real fun. A winning team plays until they lose, which sometimes means they will play five or more rounds for the night. In that case, both team players drink a significant amount of alcohol.

How fast you will get drunk if you play beer pong depends on several factors. Your BAC (blood alcohol concentration) level is affected by the beer amount and strength, sex, age, and the food eating before the match. Plus, you will drink more if you are a skillful player that meets several opponents during one party.

Losing in a first game can also get you drunk. If an opponent team sinks all your cups, you and your partner will drink between three and six beers. That is more than enough beverage to get the average student drunk.

Beer pong is a drinking game popular among students and youth. Players fill cups with beer, place them in a specific formation, and try to sink them by throwing a Ping-Pong ball inside. There are many beer pong rules, but many are used only in official tournaments and serious competitions. 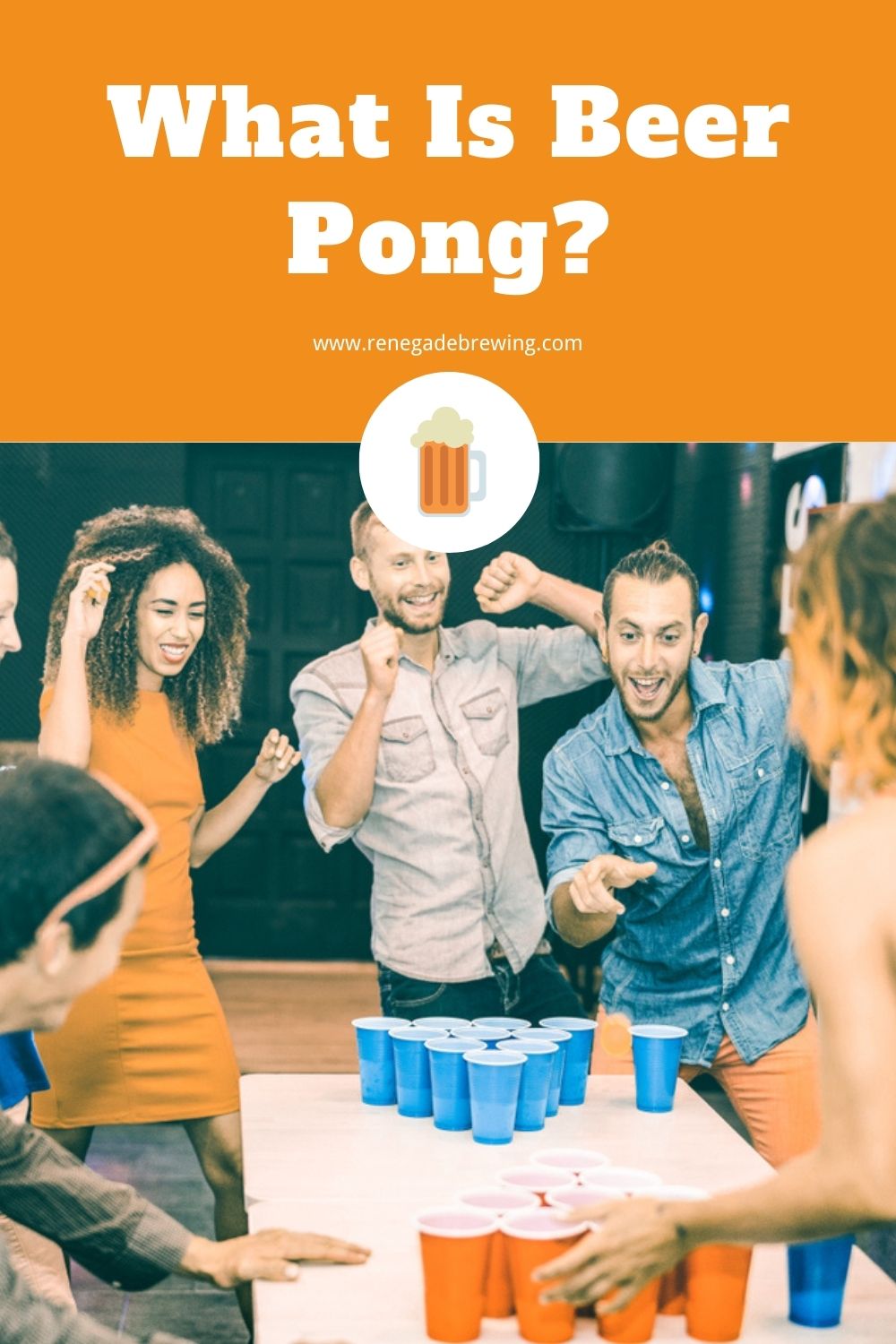