Draft beer is one of those terms we hear all the time. But what exactly is it? And is better or worse than any other kind of beer? 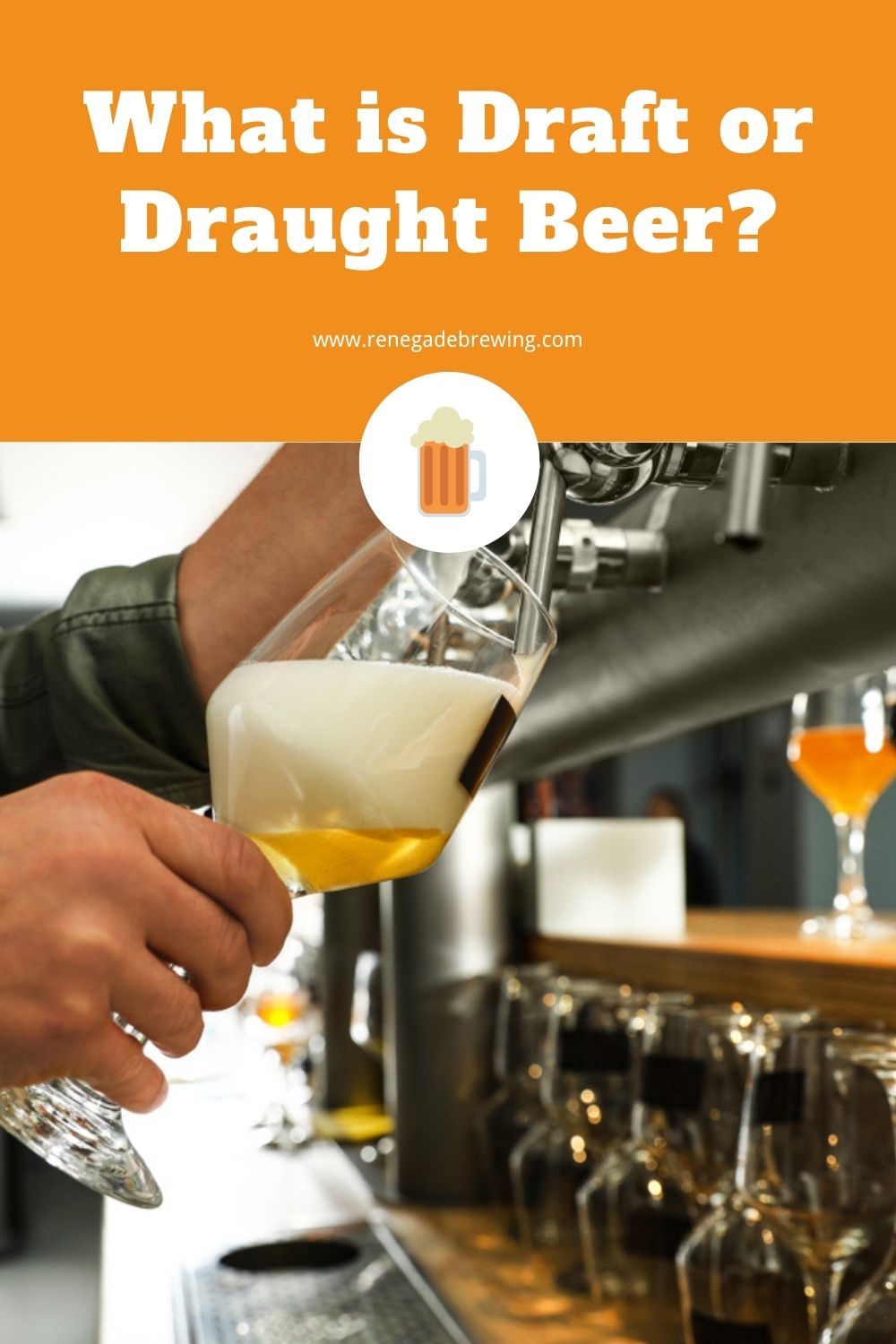 If you’ve been wanting to find out more, you’ve come to the right place! We’re going to explore the fascinating world of draft beer. We’ll find out what it is, how it got its name, and what separates it from other kinds of beers.

Let’s start by sorting out that tricky spelling!

You may see this kind of beer described as either “draft” or “draught”. If you’re wondering what the difference between them is – there’s none at all. As with so many spelling issues, the variation here is simply the result of an ocean.

On the east side of the Atlantic, the Brits refer to draught beer. Head west, and those in the US usually use the spelling d-r-a-f-t. So where does the name come from?

Well, prior to 1785, beer would simply be drawn straight from the barrel and carried to the customer. The Old English word for carry, dragan, lies at the root of draft – or draught. It started off life being used for serving or drinking beer. But over time, it became focused specifically on the beer itself.

Whichever way you spell it, it’s the same stuff. So what exactly is it?

What is draft beer?

Draft beer is simply beer that is served straight from a keg or cask. It’s the kind that comes out of the pumps at a bar, rather than in a can or bottle.

You may also hear the term “keg beer”. This is beer that comes specifically from a pressurized keg. So all keg beer is draft beer, but not all draft beer is keg beer.

Another variant is “canned draft” beer. This might sound like a contradiction in terms, but it’s all about the way the beer is carbonated. With canned draft, there’s a widget – a small plastic container of gas, usually nitrogen – in the can.

When the can is opened, the air pressure around the widget lessens. The gas then bursts into the beer, creating lovely foamy bubbles that form the head when it’s poured. The result is similar to beer from a tap, hence the term.

There are, however, some exceptions to these categories. Because draft beer is often considered superior – more on this later – some brewers use the term as a marketing device. An example is Miller Genuine Draft lager, which comes in a bottle.

With the Miller example, there’s no widget to replicate the pressurized cask or keg. Instead, the name is simply intended to suggest that it’s as high quality as you’d get from the pumps. Miller claims that filtering their beer four times means it’s exceptionally smooth. Perhaps it is – but it’s still not draft beer.

To make matters more confusing, in parts of the world, the term is used differently again. In Japan, for example, it denotes unpasteurized bottled or canned beer. This is considered to have a fresher taste than pasteurized ales, though the shelf life is shorter.

Is draft beer the same as real ale?

One other cause for confusion is whether draft beer and real ale are the same things.

Draft beer, as we’ve seen, can be stored in a cask or a keg. Real ale, on the other hand, comes specifically from a cask – although more recently, it has come to cover some bottled beers too.

The term “real ale” was coined by CAMRA, a British group campaigning to protect traditional brewing methods. In order to qualify, a beer has to meet several criteria.

It must be unpasteurized and unfiltered. And most importantly, the ale must go into the cask whilst the yeast is still live. Whilst there, it continues a secondary fermentation. Enthusiasts say this gives their preferred beverage a deeper flavor and smoother style.

And unlike beer in a keg, casks aren’t pressurized, and no carbon dioxide is added to real ale. The beer is less fizzy than you’ll get from a keg, but shouldn’t be completely flat. A properly stored real ale should be lightly effervescent – giving just a gentle prickle on your tongue.

Lots of beers come in draft form, as well as being canned or bottled. So is there any truth to the idea that draft beer is better?

Well, the argument does have some logic. If beer is exposed to light and air, it will become stale more quickly. Beer in a cask or keg – especially one in a traditional pub cellar – will be kept nice and dark.

The same thing, of course, can be said for cans. And with cans, there’s arguably even less chance of air infiltrating the container.

Bottles, on the other hand, will admit some light. Most beer bottles are brown to help reduce light levels – but they won’t protect the beer as well as a cask, keg or can. They may also let in small amount of air around the bottle top.

There’s also the argument that draft beer is usually sold at a faster rate than bottles or cans. We have no empirical evidence for this, but it’s certainly a widely shared opinion. That matters, because it means the stock is regularly refreshed, giving you a better chance of fresher beer.

Note, though, that freshness is more of an issue for some styles of beer than others. With an IPA, you ideally want to consume it within a month of brewing. That makes draft a good bet.

But if your preferred beer is an imperial stout, some can be enjoyed up to 10 years after brewing. That makes how long your beer has been in the refrigerator or keg far less of a concern.

The case against draft

While there’s a reasonable case for draft beer having superior qualities, there are other factors that work against it.

The main thing to remember with draft beer is that it’s very vulnerable to the quality of the barkeeping. It the lines running from the barrel to the tap aren’t clean, impurities can affect the taste of the beer.

And keeping tap lines completely clean isn’t necessarily easy. If a pub has a deep cellar, those lines can be very long. That means there’s lots of opportunities for the beer to pick up impurities along the way.

If any of these factors aren’t perfect, you may taste the difference in what ends up in your glass.

Some people claim that draft beer is stronger than bottled or canned varieties. So are they right?

The way to tell how strong a beer is, is to check its alcohol content. This is measured in “alcohol by volume”, or ABV. This is a percentage figure, and it tells you how many parts of alcohol there are per hundred parts of drink.

In some cases, draft and bottled or canned versions of the same brand have a different ABV. Sierra Nevada’s canned Original Pale Ale has an ABV of 5.6 percent. Their draft version actually has a lower ABV, at 5 percent.

But another difference relates to the drinking experience. Remember, it’s not just the alcohol content of your beer that will determine how it affects you. Another key factor is how quickly you drink it.

Draft beer has to run along the tap lines and into the glass. During this journey, some of the carbon dioxides will be knocked out of it. That makes for a slightly less fizzy and smoother beer.

The result is that it can be drunk more quickly than a bottled or canned variety. This may be behind Sierra Nevada’s decision to give its draft beer a lower alcohol content.

Generally speaking, draft beers are also less expensive than bottled or canned varieties. This may be another reason for people drinking more of it.

Draft beer is certainly not stronger overall than other kinds. But it may have got that reputation because it’s easy to drink more than canned or bottled varieties.

Anyone feeling the effects the next day might, therefore, wrongly blame the strength of the beer for their sore head. The real culprit is much more likely to be the quantity they consumed.

We hope you’ve enjoyed our journey into the world of draft beer!

Beer that’s kept in a cask or keg at the right temperature will have optimal conditions to stay fresh. And the passage along the tap line and into the glass will knock out some fizz, giving a smoother style.

Here’s to enjoying your next glass of draft beer. Cheers! 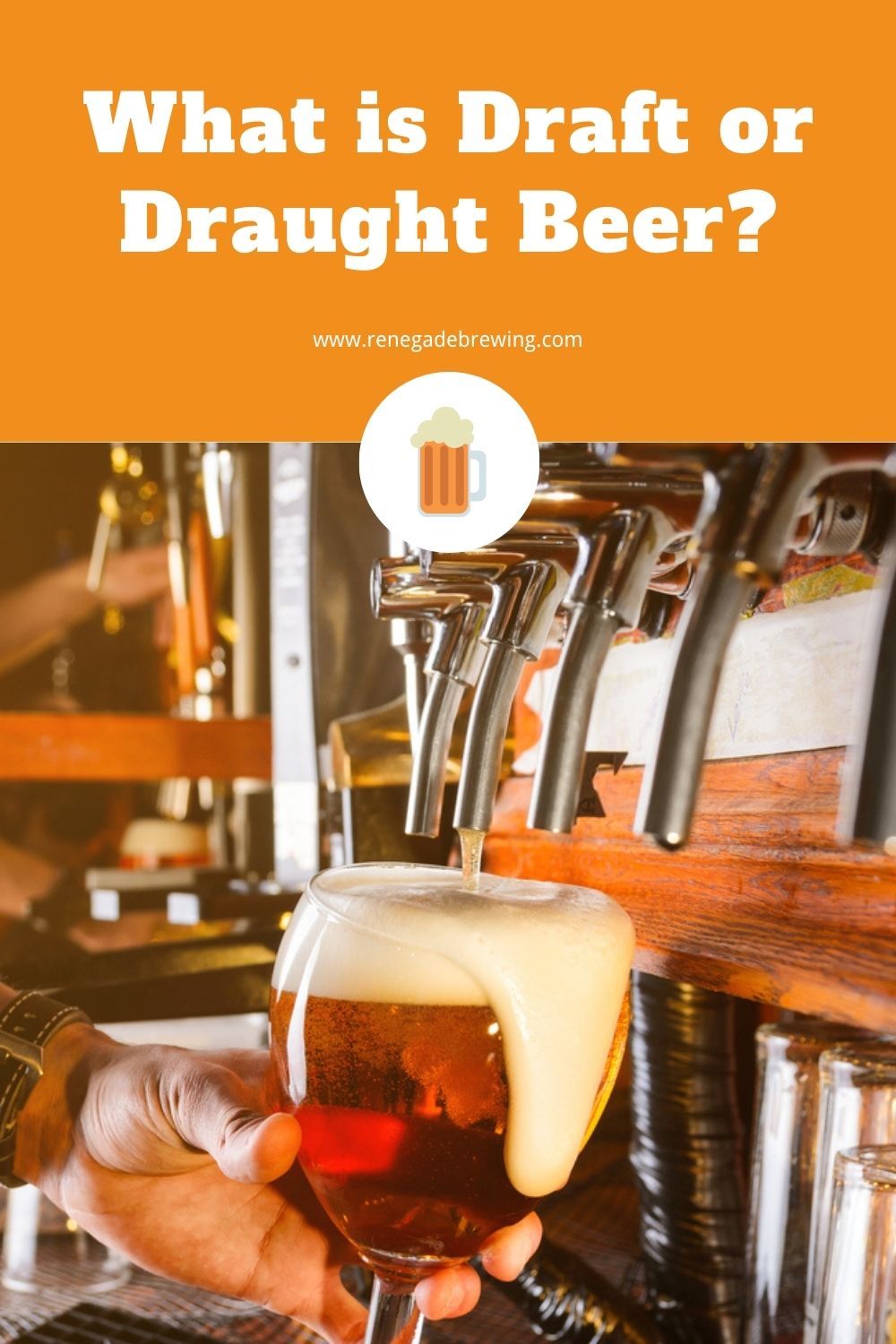