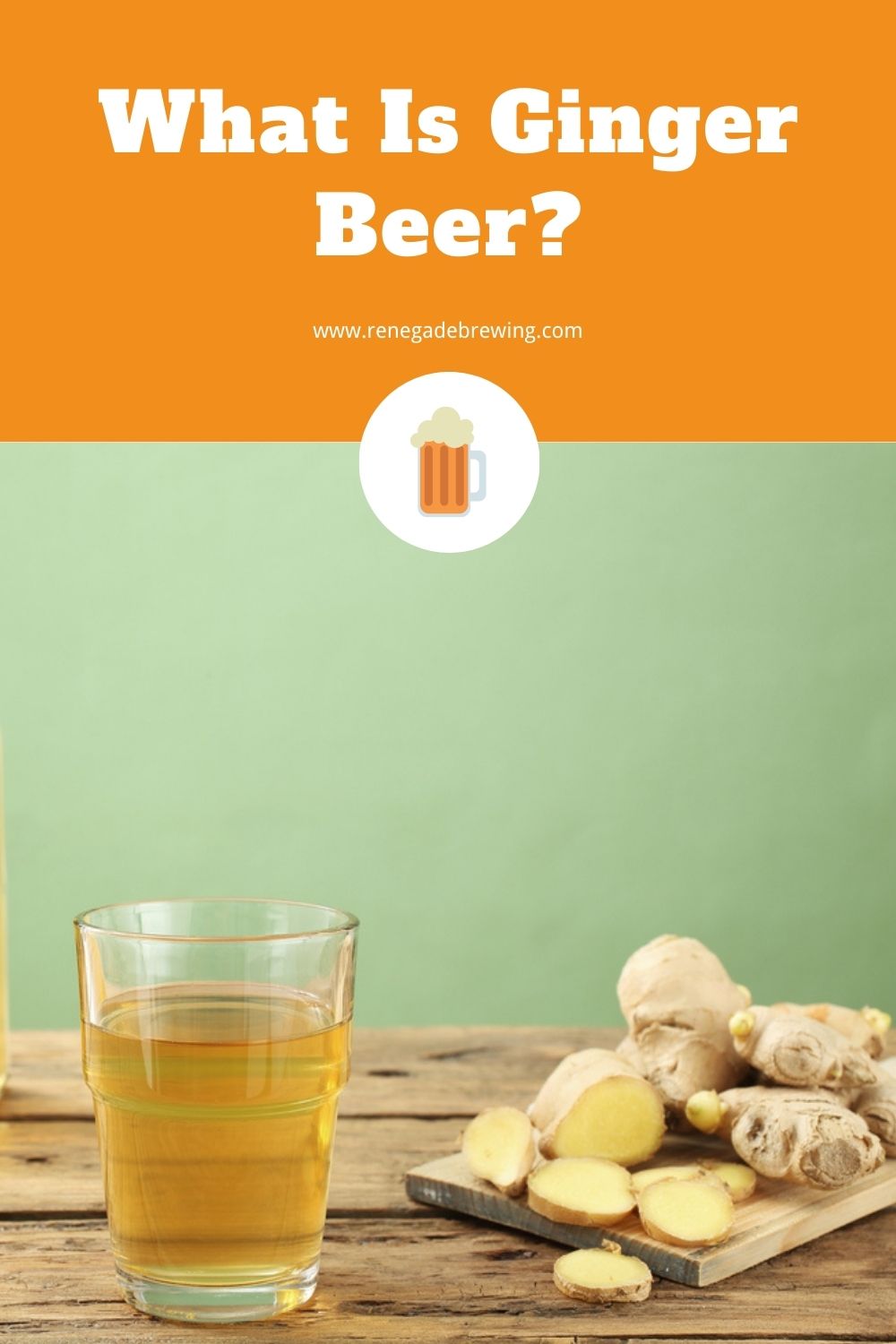 Many people enjoy ginger beer but don’t know what is ginger beer exactly. Additionally, you should know whether this beverage is actually a real brew and what are the differences between ginger beer and ginger ale.

One more thing. Even though its origin makes people think that this beer type is an alcoholic drink, it is not the case. Ginger beer never contains more than 0.5% alcohol, so that you can classify it as an alcoholic-free and unique beverage rather than ginger-flavored beer.

What Is Ginger Beer?

Ginger beer is a non-alcoholic beverage made of water, lemon juice, ginger, and sugar. When it was invented in the mid-1700s in England, brewers used the ginger beer plant as a starter culture. Nowadays, it is replaced with yeast. After fermentation, it is necessary to carbonate and bottle the beverage appropriately.

Thanks to its robust, aromatic, and spicy flavor, you can drink your favorite beverage like any other soft drink or mix it with almost anything. The best option is to use it to make a delicious cocktail or mocktail, such as:

In the 1800s, the English enjoyed a ginger beer with 11% alcohol, but the modern version is something different and definitely not so strong. It is a bit similar to ginger ale, but with lower sugar content and less bubble, with a stronger taste.

The English exported their ginger beer to the US for years, but Americans started producing their own non-alcoholic version during the Prohibition in the 1920s.

Modern variation can be different, depending on the brand. Some can contain up to 0.5% of alcohol, while others are entirely alcohol-free because manufacturers carbonate it instead of fermenting.

Some brewers make it with champagne yeast, while others choose to finish their product with the process of forced carbonation to get a soft drink. In the end, it can be cloudy or clear, depending on the filtering process.

Most people know that ginger beer is a perfect ingredient of several cocktails, but only a few are aware of its health benefits when consumed on its own. These advantages come from ginger, which has always been considered a medicinal plant.

It contains natural oil, gingerol, rich in vitamin B6 and minerals, such as potassium, magnesium, copper, and manganese.

Since many people don’t like this root’s taste, the most popular way to take it is in a beer form. Ginger beer is a refreshing drink that is healthier than most carbonated beverages.

Plus, you can quickly prepare it in your own home. Let’s discover all the benefits you can get by drinking this so-called beer.

Drinking ginger beer can be an alternative to a proper diet and regularly working out when pregnancy, illness, or injury recovery don’t allow such regimens. You can be sure that ginger is a natural plant, entirely safe, and without any side effects.

Scientists have even proven that ginger extracts are superior to antibiotics. Drinking ginger beer containing gingerol can help you against Staphylococcus Aureus and Streptococcus Pyogenes.

Believe it or not, ginger beer can help you if you suffer from osteoarthritis, arthritis, hepatitis, esophagitis, gastritis, and other body inflammation types. In fact, ginger’s active compounds effectively relieve pain and suppress inflammation when you consume this root regularly.

Plus, the potassium it contains will help in detoxification. With antioxidant glutathione that produces your body, it will eliminate harmful free radicals from your system. This plant also contains manganese, which is helpful in the heart’s blood vessel lining protection.

There is still no final conclusion that ginger is effective against cancer. However, there are early indications that active compounds every ginger beer contain have anti-cancer properties.

A study conducted in 2015 showed that ginger was effective against cholangiocarcinoma as well as gastric, liver, and pancreatic cancer. If you know that liver and gastrointestinal cancer are among the most common cancers worldwide, you can understand the importance of ginger intake.

Guess what! You can thank ginger beer for your youthful appearance if you like it. Drinking this beverage will prevent wrinkles occurrence and delay the aging process. The primary reasons are increasing dopamine and serotonin levels and reducing both emotional or psychological stress.

Ginger roots are traditionally recognized as beneficial against mental issues, including:

Basically, it promotes the activity of the neurotransmitter acetylcholine that helps in learning, and improves memory.

The primary difference between the two is in the production process. You need to ferment (brew) ginger beer with yeast, while it is necessary to carbonate water flavored with ginger to get ginger ale.

The differences were evident in the past. Ginger beer was an alcoholic drink made from water, sugar, and fermenting ginger. Its flavor was spicier, stronger-tasting, and more robust. The best option was to mix it with other ingredients and make a cocktail.

Ginger ale was a light, sweet, non-alcoholic, ginger-flavored drink with a mild flavor. It was invented in Ireland in 1851, but John McLaughlin perfected it in 1907 and made the Canada Dry style of ginger ale. Canadians often used it as an alternative to soda.

There were two ginger ale versions. A golden one had a strong ginger flavor, while a dry pale type was usually mellowly flavored.

As I have already mentioned, modern ginger beer is a non-alcoholic drink with only 0.5% of alcohol, according to FDA requirements. Thanks to natural fermentation, this beverage is less carbonated and can develop a beer-like head after pouring into a tall glass. Some brewers let it unfiltered and cloudy, so you need to shake it before use.

In such a situation, the differences between the two are only in taste. You will notice the difference as soon as you drink them, even if you are not a top connoisseur.

Unlike supermarket ginger beer, traditionally made spicy homemade ginger beer contains freshly grated ginger, yeast, and sugar. Such a beverage without preservatives and other chemicals is beneficial for your body.

A simplified recipe will only take two to three days to complete, unlike the authentic version that requires a preparation time of at least 4 to 6 weeks.

Once you decide that it is time to drink your beer, you can do two things:

One more thing! Some people choose to keep the ginger sediment. However, it is better to strain it out to get a more refined quaff.

Ginger beer is a refreshing bubbly drink with a gingery taste you can drink on its own or add it into your favorite cocktail. Even though there are plenty of commercial brands available on the market, you should try homemade stuff that is highly beneficial for your health. 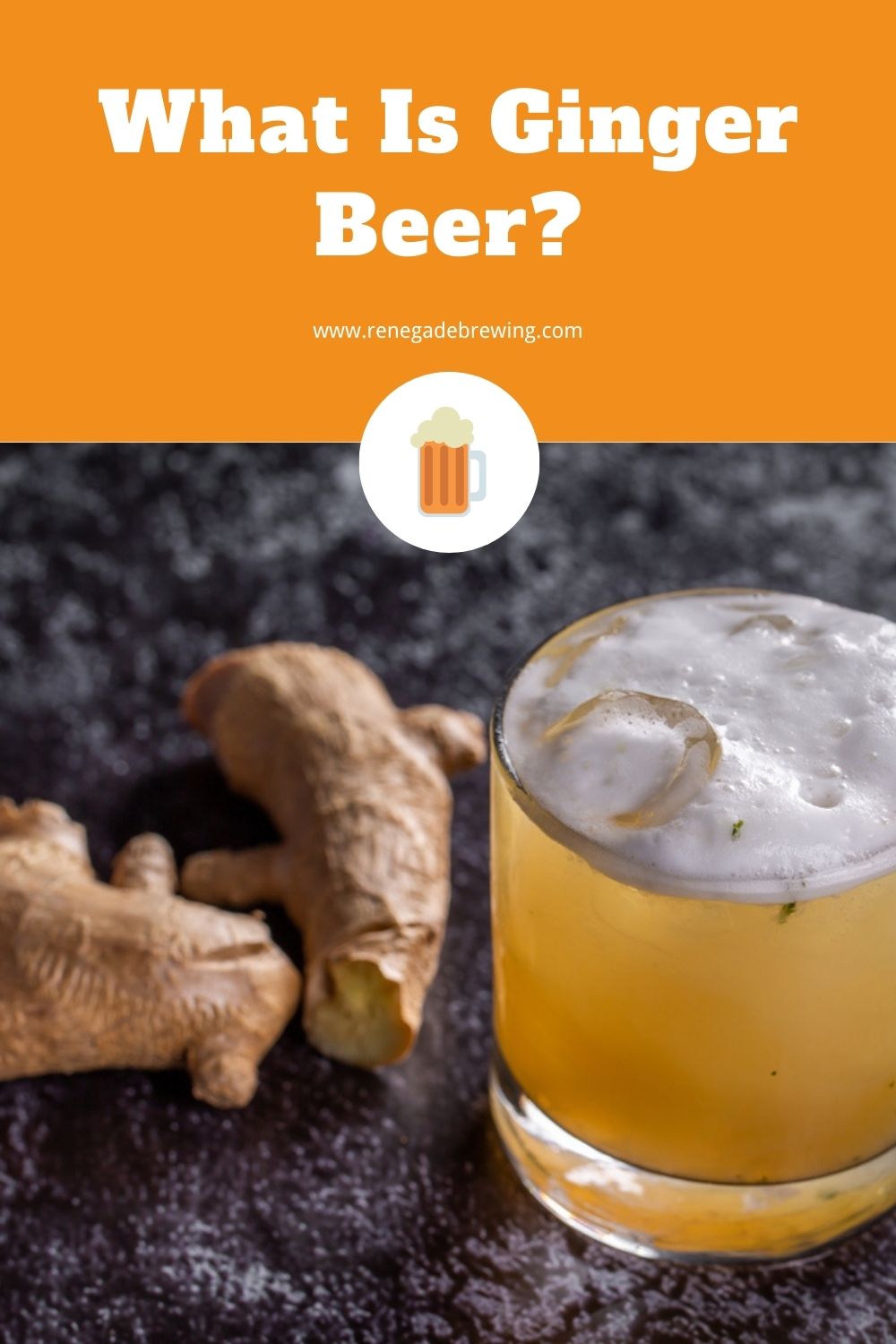