Until recently, I didn’t know what is IPA beer. If you have the same question, this is the right place for you. Currently, a fruity-hoppy IPA (India pale ale) is the most popular beer style available on the market. However, not all IPA brews are the same, and you can find nine different types at the moment, plus numerous experimental variations. 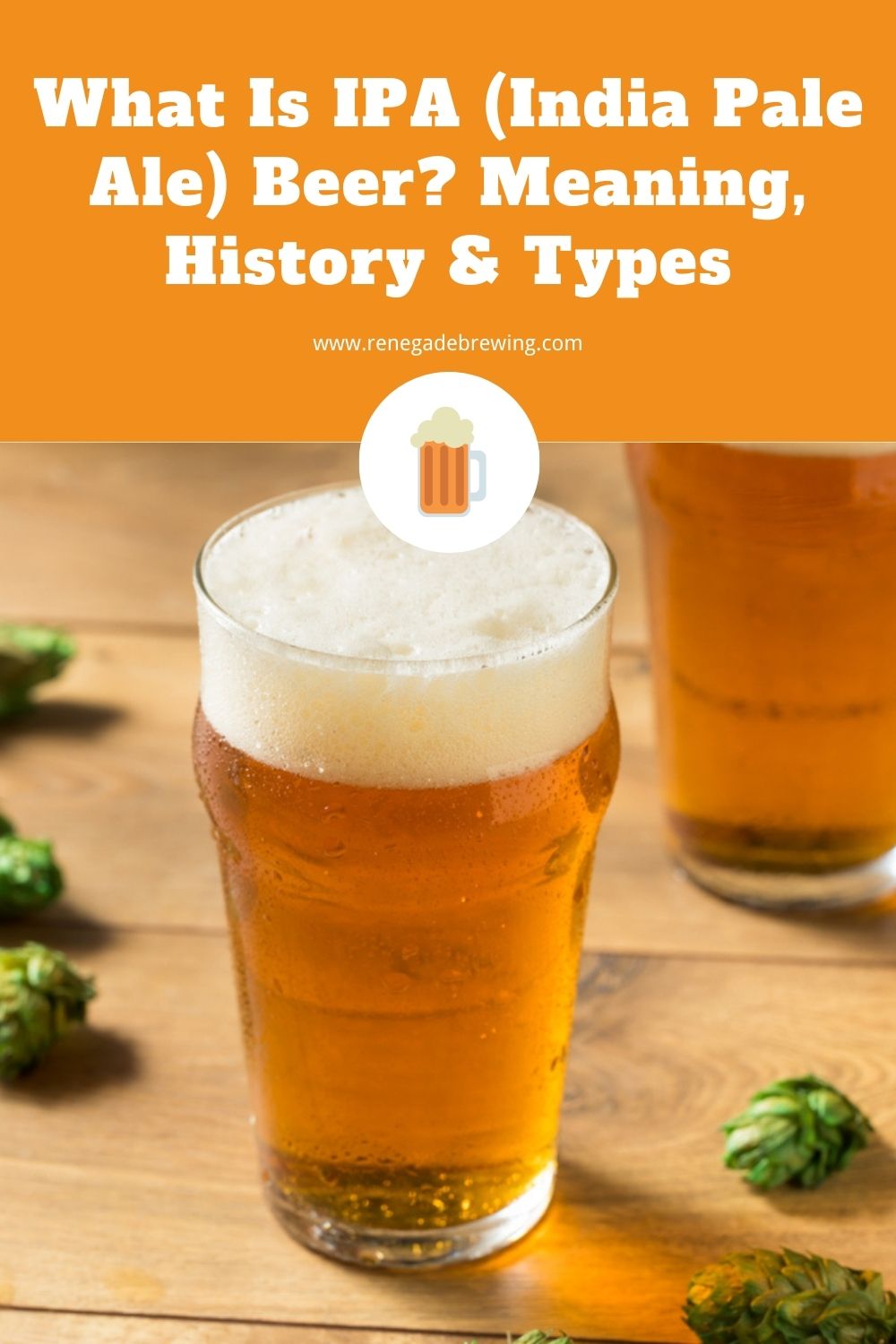 That means, if you don’t like one IPA because it is too bitter or contains a too high percentage of alcohol, you can always choose another bottle and try a different type. Now, it is time to find the right IPA for you. Let’s go!

What Is IPA beer?

Refreshing, fruity-bitter IPA (India pale ale) is quickly recognizable by the intensive hop flavor. The goal is to get a beer with emphasized hop note.

If you know that there are about 200 different hop types worldwide, you will realize how vast possibilities there are to get a unique beverage. To makes things better, brewers add different fruity flavors and create endless possibilities.

IPAs usually contain 5.5% to 7.5% of alcohol, but the most types available on the market are from 6 to 7%. Session IPA has lower and Double IPA higher alcohol percentage.

You have probably heard the popular myth of sailors transporting beer from England to India in the 18th century. They allegedly added extra hops as a preservative to this beverage to prevent spoilage and keep it fresh. The truth is that many brewers shipped beer from London to the East at that time.

However, most people connect Hodgson’s Bow Brewery with this idea since the pale ale this brewery produced was undoubtedly the top-selling type in India. The first recipe for this pale ale was printed in 1821, precisely describing the hop quantity needed to get it.

By definition, IPA beer is actually overly hopped pale ale that contains more hop oils working as preservatives. They kept this brew fresh on the way from England to India in times of the empire.

After blooming home breweries in the US in the 1980s, people started to make grape-fruity, piney, and mega IPAs along with traditional lemony, earthy, and grassy ones.

Different IPA types imply that ingredients used in the brewing technique and production process provide a particular beer flavor and appearance. So, you can always connect a specific style with precisely determined taste.

The best thing is that you have unlimited options, so you can add any ingredient you want to get a unique product.

British IPA is the original beer style, and all others come from it. Initially, it was hoppy golden ale made of British hops, such as holdings and fuggles varieties. The final product has a light citrus, grassy, and earthy character. This beer is highly bitter because of the storage process.

In the past, British brewers added hops as preservatives to beer. The goal was to keep it fresh until the ship reaches India. After an extended period, hops would lose their fruity flavor, and beer in barrels would start tasting bitter. This bitterness, along with a malty and one-noted flavor, makes this beer type quite unpopular nowadays.

It is a relatively young but trendy beer style thanks to its fruity, juicy, and cloudy flavor. Plus, it is not so bitter since the brewer adds the hops later.

This beer invented in California is some kind of British IPA made of American C, Cascade, Chinook, and Citra, hops. The first one appeared in the 1980s when someone decided to use Pacific Northwest hops. It seems that five brewers came with the same idea at the same time.

This IPA type was the first that involved the fruity hop aroma. Don’t think that this beer is not bitter. It is, often up to 80 IBUs (international bittering units), which is the top bitterness the human palate can sense at all.

It is a drink with perfectly balanced bitterness and tropical fruit notes. Such a combination has a unique citrus aroma, with pine and a slightly weed-like smell. Unlike the original British IPA, this beer is less dry since brewers use crystal malt.

This beer type is relatively new, but it is based on the West Coast IPA style. The primary difference is in yeast. While brewers use clean and flavorless yeast in California and focus on the hop aroma, East Coast brewers prefer using complicated British yeast.

This yeast type produces a unique flavor and smell during fermentation, so its tropical, stone fruit and banana notes improve typical hop aromas. Thanks to all these flavors, it is possible to reduce hops content, so this beer is less bitter but sweeter, and it looks a bit cloudy with a specific pillow-like texture.

Belgian IPA is a beer type made with Belgian-style yeast that adds a unique spicy, stone fruit note. Some brewers use fungi Brettanomyces that offer your IPA juicy citrus or orange zest flavor.

This particular beer was a typical product from East Coast when it became trendy about five years ago. It is sweeter, creamier, and tangier than most other IPAs, and you can quickly recognize it for its cloudy appearance that will remind you of freshly squeezed juice.

Thanks to added flaked malts and wheat, this IPA has a silky body that emphasizes its bitterness. Hoppy, juicy flavors and delicious fruit aroma from citrus zest and tropical or stone fruit make it desirable.

This category includes both sweet fruity East Coast IPA flavor and pine West Coast IPA taste. Unlike other IPAs getting a fruity note from hops, this type is a unique combination of actual fruit and fruity hop varieties.

Some connoisseurs don’t consider black IPA (Cascadian Dark Ale) an IPA at all. The purpose of making such a beer style is to get a drink that smells like a West Coast IPA and looks stout.

The brew taste of this full-bodied IPA is somewhere in between these two. A hoppy finish and roasted malts help it get such a black color.

It is a modern IPA with more hops, so it is more intense and stronger, with an excellent balance between the sweetness and higher alcohol percentage. The result is a brew with 6 to 8% ABV.

Some brewers decided to make this beer with 10 to 12% ABV (alcohol by volume), sometimes even 13%. One thing is for sure. This brew is not for those with a weak heart and a sensitive stomach. However, this type is trendy since most breweries released it only once a year, making it exclusive.

This casual dry drinking session offers 3 to 5% of hops and a top aroma with a small amount of bitterness. This particular  IPA is highly drinkable and full-flavored as much as possible. The advantage of this beer is that you can drink it repeatedly without severe consequences and even keep working after sipping a bottle.

This seasonal beer is unbelievably trendy these days. The secret is in the grapefruit aroma that overpowers the hops flavor. Plus, this fruit provides unique acidity and a bit sour taste. When you brew it appropriately, you will get a clean and bitter beer with a desired fruity note.

Brewers make this IPA type with wheat malt but with a recognizable hop emphasis.

This beer type doesn’t contain alcohol and even doesn’t taste like a typical IPA. To get this variation, brewers use special yeast.

You will get this beer type by adding extra hops to the cooled wort later in the fermentation process instead of during boiling as usual. Only that way can you ensure a strong sweet hoppy aroma and a better smell without additional bitterness. Be prepared that this method takes at least a week to two.

Most brewers use different hop varieties to get multiple flavored beers. On the other hand, real masters choose to add only one hop type throughout a few various processes. In such a case, they highlight the specific hop characteristics.

Most people believe that some IPAs are double dry-hopped, although it is meaningless unless they consider adding hop twice as a double process. It seems that it is more of a marketing trick since brewers want you to believe that their product is something special.

You can make this so-called wet-hopped IPA only once a year. You need hops from the harvesting season peak in September to get this product. The goal is to create a beer within 24 hours from collecting it out to the boiling process. Only that way can you get a fully intense and fresh hop flavor.

IPA contains more hops than traditional beer, and it is usually a bit more expensive, but the calorific value is not much different from other beer styles. Although the history of its origin is not the clearest, that shouldn’t stop you from enjoying this brew’s unique taste. 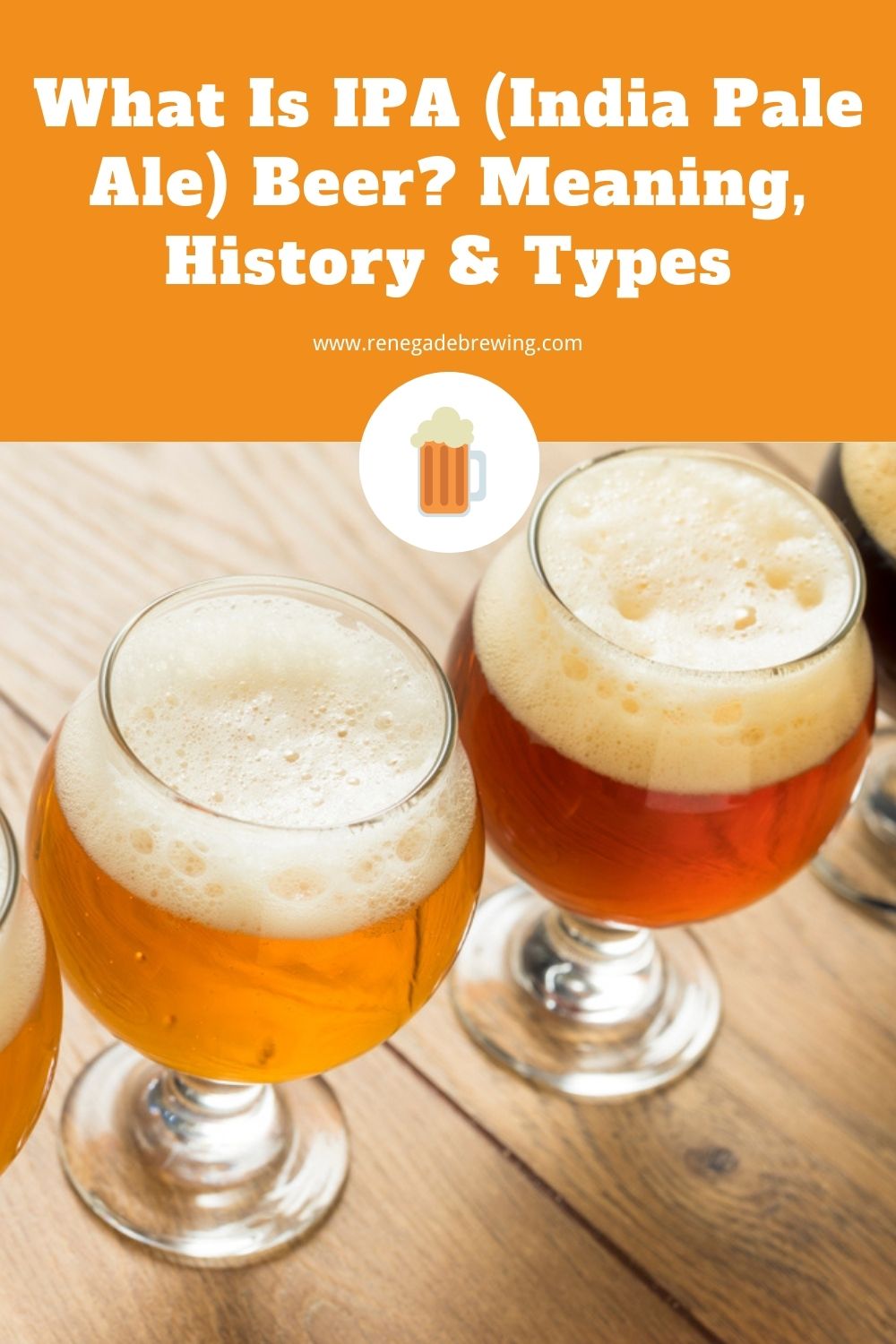