If someone asks you what beverage children love the most, you will probably picture in your mind a delicious soft drink with a heavy foam and floating vanilla ice cream on the top. Nowadays, it is hard to imagine kids’ birthday parties without a root beer, but the adults enjoy it, as well. 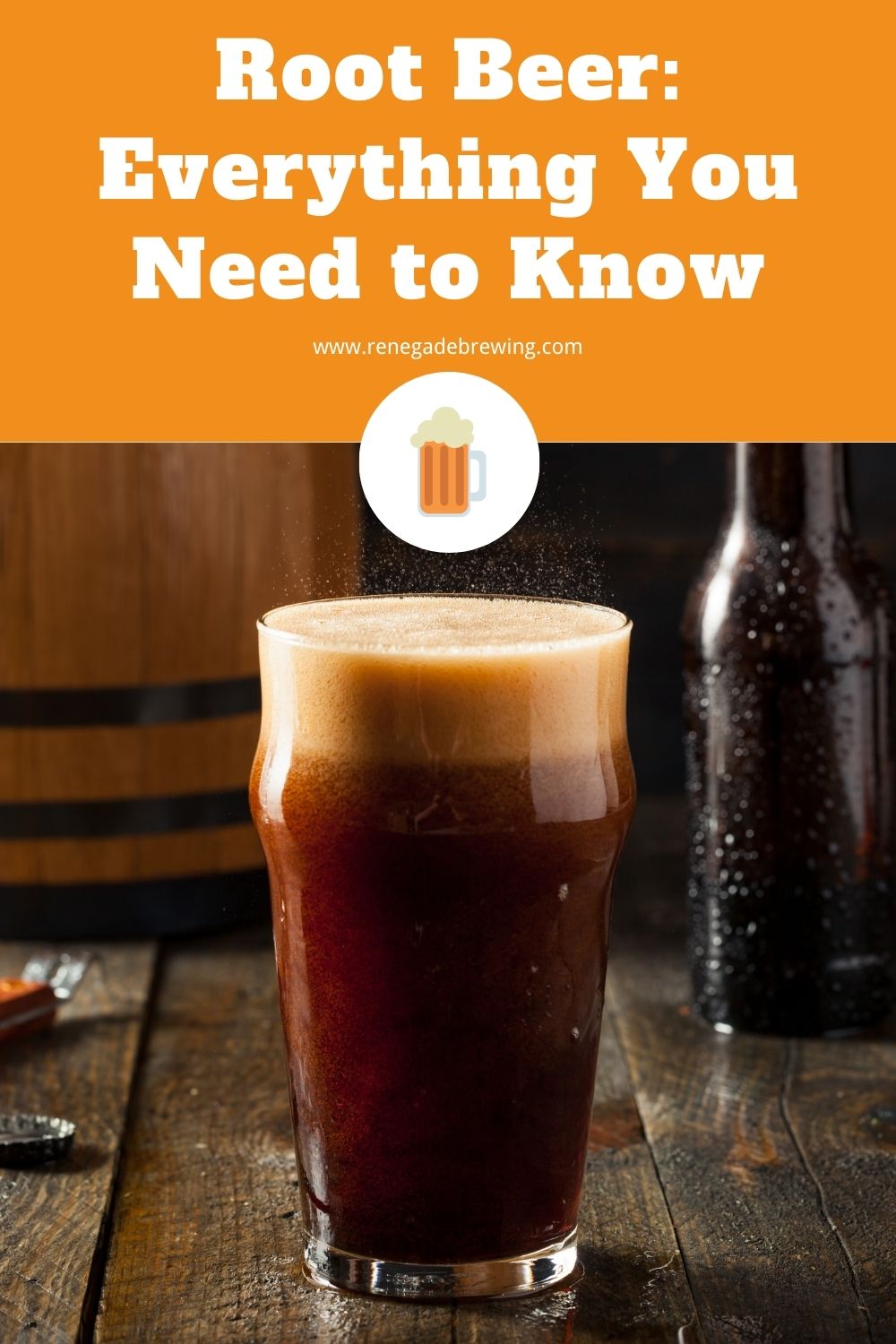 This popular drink is typically non-alcoholic, gluten-free, and caffeine-free. Still, its name is misleading since a root beer doesn’t contain sassafras root anymore, nor it belongs to beers. So, let’s find out what is a root beer.

Long back in the 19th century, the Appalachian settlers made tea from the sassafras tree roots. They used this drink as a medicine because it contained sassafras bark, sarsaparilla root, and a dozen other herbs.

Pharmacist Charles Elmer Hires tasted tea in this area during his honeymoon. After being convinced of its healing properties, he started selling the herbal mix as a cure-all tea under the Hires Root Tea label.

Later, in 1876 he presented the liquid form of tea at the Philadelphia Centennial Exposition, and the root beer was officially born. Hires cleverly changed the product name from tea to beer, thus made it more appealing to an average working-class man.

Root beer has significantly gained in popularity during the Prohibition period since it traditionally doesn’t contain alcohol. However, homebrewers found a way to modify the recipe, so they started producing an alcoholic version.

The next crucial year in root beer history was 1960 when the FDA banned the sassafras tree as an ingredient in human food and beverage. The reason was safrole, a sassafras oil constituent connected with cancer development in many studies.

Starting with 1960, the manufacturers removed sassafras root from the beer recipe and began using artificial sassafras flavoring or safrole-free leaves instead. That has stayed a common practice until these days.

One thing has remained constant throughout the history of root beer. You can consume this drink almost exclusively in North America. In rare cases, you can find it in the UK, Australia, and occasionally in some Asian countries, like Malaysia.

Nowadays, you can find hundreds of root beer recipes you can prepare at home, while the famous brands keep their formulas as a trade secret. Either way, your root beer can taste like vanilla, molasses, coffee, or anise. The traditional recipe includes five types of ingredients:

Different root beer brands show variations in color, taste, and foam density. Not only do they contain various ingredients, but the manufacturing process alters, as well. Some manufacturers still carbonate drinks to get more bubbles, while others add different chemicals to make foam last longer.

If you or our children enjoy root beer, you will be happy to know you can effortlessly brew it at your home in a short time. There are three different methods to produce your own beverage.

The quickest way to make this beverage is to use a root beer extract. That way, you will avoid all the hassle of finding the right recipe, as well as chopping herbs, roots, and berries.

Instead, you can buy a root beer extract that contains sarsaparilla, wintergreen, licorice, and vanilla. Then, put it in the container with two cups of water, one cup of sugar, and one cup of yeast.

If you seal the vessel tight, the yeast will carbonize the water due to the chemical reaction that creates carbon dioxide. Additionally, you can add spices and herbs of your preference to enhance the flavor.

You can also make a root beer soda with this extract if you like it. All you need to do is mix it with a cup of sugar and two cups of water and pour it into a pot. Cook over medium heat until the liquid level reduces by half.

Let it cool off and make root beer soda after mixing a third of the syrup with two-thirds of seltzer water. Don’t forget to add some ice cream on the top!

If you prefer using the traditional recipe for root beer brewery, you will need a starter like kombucha, fermented soda, or aka ginger bug. Put the simmered herbs, spices, and berries you want in the liquid and leave the mixture for about 12 hours to release the aroma.

Add sweetener you prefer, be it white, yellow, or brown sugar. You can pour the liquid into bottles after sugar melts and leave it to ferment before use. A root beer ferments faster in a warm room than in the cold one, so you need to pay attention to your kitchen temperature.

One of the greatest birthday present ideas for your kid is a root beer kit. You can purchase this set online on various sites. Your child will get brewing yeast, funnels, a root beer extract, and instructions for a fun and educational experiment.

Still, manufacturers recommend parental control during the brewing process. That way, you will get a great bonding opportunity while preparing your favorite beverage.

You can purchase a root beer kit to prepare an alcoholic root beer, as well. However, this adult version comes with some additional ingredients like Spikenard root, dark roasted malted barley, and ale yeast.

Plus, you will get all the equipment you need, including a thermometer, siphon hose, and a glass fermentation jar. Once you prepare the beverage, its ABV (alcohol by volume) value will be around 5%, depending on the brand, so keep it away from kids!

As previously mentioned, alcoholic root beers existed during Prohibition. In recent decades, so-called hard root beers with high ABV value have become popular. The well-known brand, Not Your Father’s Root Beer, produces this drink in several variants, from 5.9% to 19.5% ABV. This drink has the characteristic taste, smell, and appearance of a non-alcoholic root beer.

The same goes for other brands of alcoholic root beer, like Coney Island Hard Root Beer. Although parents can enjoy drinking it, there is a severe risk for children, so be careful.

Unfortunately, the difference in taste between alcoholic and non-alcoholic types is almost negligible, and the label can be insufficiently clear. Therefore, it is not rare for a child to face severe health consequences after consuming this beer, such as alcohol poisoning.

Keep in mind that many teenagers start consuming alcohol with this drink. The well-known sweet herbal aroma makes it seem less dangerous, so young people don’t think about the percentage of alcohol it contains and the consequences of underage drinking.

You can use both an alcoholic and non-alcoholic root beer for numerous cocktails, such as White Russian, Rocky Mountain, and Royal Hard Root Beer. However, this beverage or its extract is also an excellent ingredient for preparing cakes, pies, pancakes, and muffins.

Unfortunately, only a few people use root beer as an addition to many cooked meals, including beans, chicken, and pasta. Plus, you can prepare an unusual barbeque marinade or root beer macarons next time you run out of ideas.

One of the simplest desserts you can prepare with this drink is root beer popsicles. It is enough to cool the root beer well, mix it with vanilla ice cream in equal proportions, and add chopped fruit, such as cherries or strawberries. Fill the molds, put them in the freezer for a few hours, and take them out five minutes before serving.

Ironically, modern, commercially produced root beer can harm your health, although Hires announced the traditional recipe for a cure for all diseases in 1876. The reason for that is primarily HFCS (high fructose corn syrup), which many scientific studies associated with diabetes, obesity, and high blood pressure.

Additionally, the manufacturers add tons of artificial sweeteners, additives, and preservatives, to improve taste and prolong this product’s shelf life. Frequent consumption of root beer can disrupt your sleep, cause problems with your teeth and gums, and cause anxiety, nervousness, and depression.

Contrary, a home-made rood beer will benefit your health in more than one way. The usual ingredients like licorice, cinnamon, and ginger, actually boost your immune system.

Sassafras is famous for skin problem prevention, slowing down gout, and rheumatism, while its replacement, wintergreen, can relieve severe pain. That is why it is crucial to grow your own herbs or purchase organic and ethically wild-crafted and picked herbs if you make homebrew root beer.

Root beer is a soft, typically non-alcoholic soda drink made from herbs, roots, spices, and berries. Nowadays, there are many different flavors and brands enjoyed by both adults and children.

You can use root beer to make cocktails, desserts, or even savory dishes. However, commercial root beer is full of artificial additives that can harm your health. 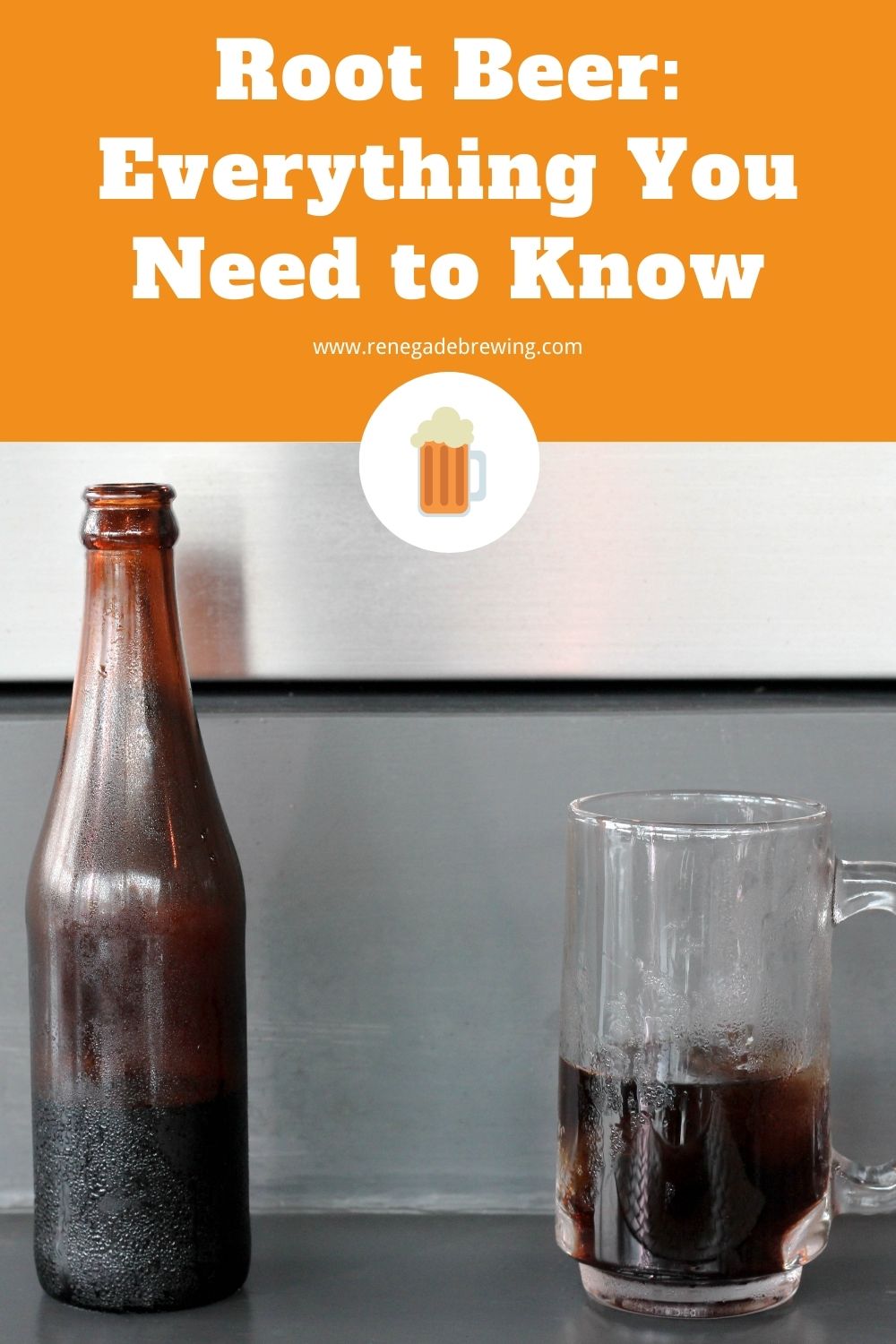 1 thought on “Root Beer: Everything You Need to Know”