Many beer lovers don’t know what is Shandy beer and the difference between this tasty drink and Radler. It is crucial for those who enjoy brew taste but can’t drink alcoholic beverages for many reasons. Yes, Shandy is often alcohol-free or contains a low alcohol percentage. 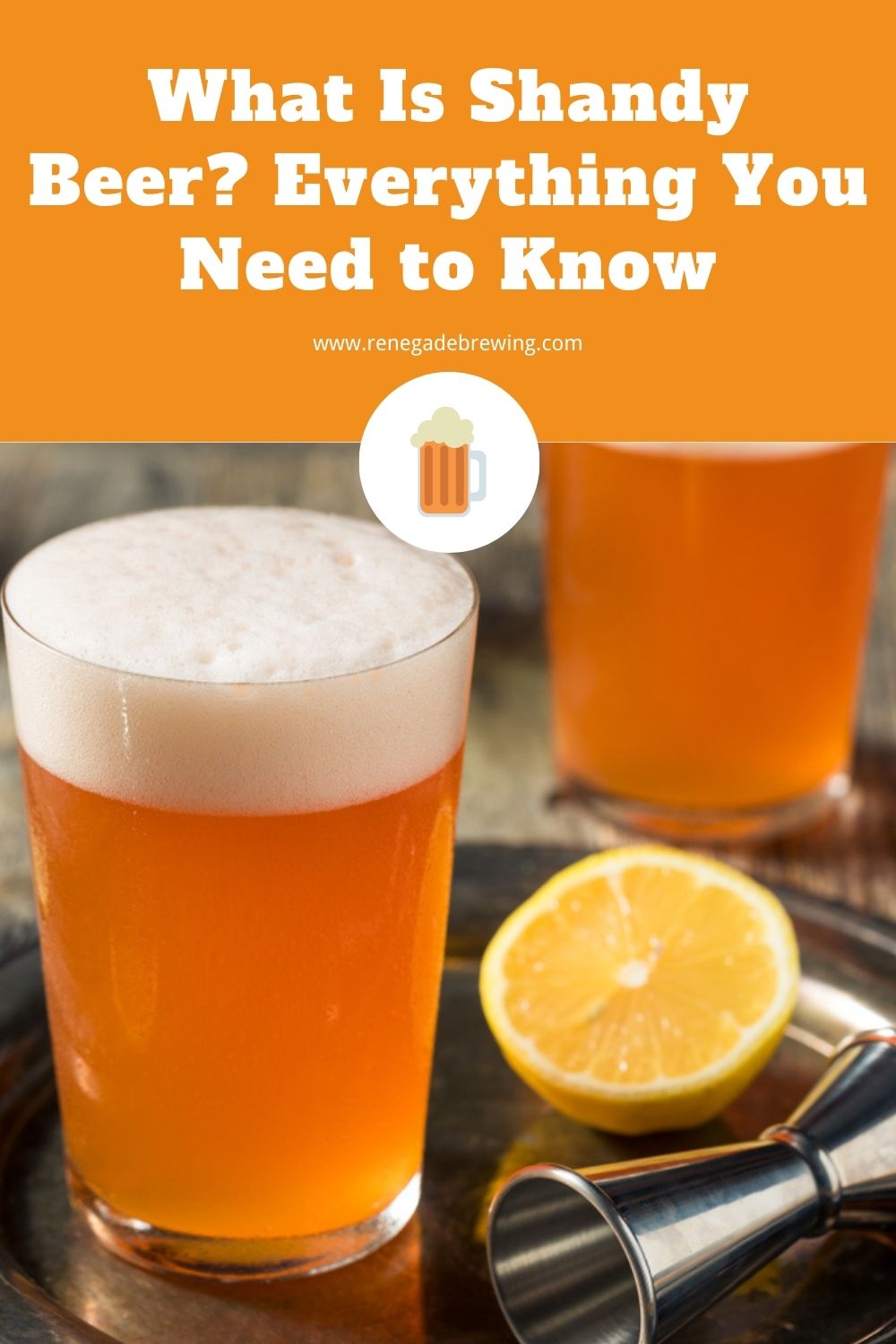 It is a refreshing summer beverage made of wheat beer and lemon. You can also use a blond lager or pilsner with citrus juice, grapefruit, lime, or ginger to get a tasty contrast. The best of all is that you can adjust flavors to your preferences and even make your beer sweet by adding agave or natural honey.

What is Sandy Beer?

Shandy is a refreshing, non-alcoholic citrus beer. It is usually a blond lager (Pils or Hefeweizen) or wheat beer that contains lemon or lemon-lime, and it may or may not be carbonated. However, it can be more encompassing and include ginger beer, ginger ale, grapefruit, apple, or orange juice.

The beer type used in Shandy mainly varies by consumers’ taste and region. For instance, hoppy ales taste excellently in combination with lemon.

Many bartenders even serve this beer with a lemon or lime wedge, so you can suppose that it goes very well to Shandy. On the other hand, you shouldn’t mix stouts with lemonade since their flavors don’t play well together.

Some people consider this beer an excellent fresh summer beverage because of its lightness, but you can also drink this easy beer cocktail combined with fall flavors.

Like Radler, Shandy has a lower ABV level but higher sugar and acid than a standard beer. In some states, the low alcohol content exempts non-alcoholic (rock) shandies from laws governing alcoholic beverage sales.

One of the significant advantages is that you can choose to buy commercially made Shandy, find a craft brewery that produces this beer type, or create your own beverage.

Keep in mind that lemonade used in a traditional beverage is a tangier variety with lower sugar content. That combination results in a refreshing drink that will help you cool down without too much alcohol intake.

In general, this beer is not gluten-free unless you use gluten-free beer to make it. Even though most types include beer and lemon in the same proportion, you can always add more or less soda and vice versa, depending on your taste.

You can find pre-mixed Shandy in cans, like the iconic Del’s Shandy, sold seasonally in many US regions. It is a mix of two Rhode Island-based brands, Gansett lager and Del’s Frozen lemonade. Since 2019, you can also purchase Del’s Watermelon Shandy.

Initially, Shandy was well known as ‘shandygaff’ in Victorian England, where brewers mixed beer with lemonade. Most British colonies accepted the idea, and some even used other available ingredients to make their own versions.

For example, ginger beer became very popular in the Caribbean. A similar beverage called Radler was trendy in Austria and Germany. Since the first mention of Shandy was recorded in 1842 in a magistrate proceeding’s report, it is considered older compared to Radler invented in 1922.

In those times, ale with ginger beer was a replacement for fancy French sparkling wine. It was a forerunner of contemporary lager and lemonade combination.

In the very beginning, ginger beer was poured from bottles. Later, people ordered fresh-made Shandy in pubs or made it at their homes.

Etonians and drinkers in Windsor preferred drinking this beer in the 1850s. In 1855, the word ‘shandygaff’ was added to the Oxford English Dictionary. After shortening it, the new term ‘shandy’ found its place in this dictionary in 1876.

Even Dickens wrote about this drink in 1860. He claimed that an honest man prefers drinking shandygaff over any other beverage during hot weather. Seven years later, the Weston-super-Mare Gazette printed a poem about drinking this beer and hinted at a social shift in taste among Englishmen in summer.

The combination of lager and lemonade was first mentioned in 1870 in Seville, Spain. At least one lager brewery from this city spread Shandy into his motherland. It is known that he served this summer beer with a ladle.

You can find an article in Gloucester Citizen from 1902 about a delightful beverage made of ale and ginger-beer, called a ‘poor man’s champagne.’ A few weeks later, the Gloucestershire Echo wrote about a man drinking incredible 55 pints (26 l) of shandygaff for one night.

Unfortunately, the popularity of this refreshing drink decreased over time, and the Nottingham Evening Post mentioned that fact with regret in 1930. In 1935, it was under 1% of the beer market in Britain.

During the 1960s, the more-familiar lager and lemonade combination appeared as a refreshing summer drink for ladies. This mix has stayed the same until today.

The only difference nowadays is in the occurrence of commercially made Shandy. The first was Leinenkugel, the Beverage Company from Wisconsin that launched its bottled version in 2007.

Even though the nutrient content depends on the brand, one Shandy of 12 ounces (340 g) usually contains approximately:

It doesn’t contain any fats, proteins, fibers, and vitamins. Since modern Shandy beer is made of wheat beer and fruity soda or juice in equal proportions, you can expect it to be sweet. Always read the label to check the sugar content in the juice you want to use.

As for the percentage of alcohol, you can find it on the label. Most commercial brand Shandies contain 4.2 to 4.5% ABV (alcohol by volume) like most light beers.

Basically, the ABV value depends on the beer-to-juice ratio. If you choose the one with a 50:50 ratio, you can suppose that your Shandy contains half ABV than an average beer.

Differences Between Shandy and Radler

Both Shandy and Radler are refreshing citrus beverages, and many people believe that these beer types are the same. However, there are a few differences between them:

Side Effects of Drinking

Be aware that commercial Shandy contains low alcohol levels. It is necessary to know if you plan to drive or finish any job that requires focus.

You should avoid this beverage if you are younger than 21 years of age, pregnant, or recovering from alcoholism. After drinking too much alcohol, you may face symptoms, such as:

Remember that moderate drinking includes one drink for women and not more than two drinks for men per day.

When you make hand-made Shandy for yourself or your family, you should pick out the best ingredients possible. In such a case, you need to avoid commercially produced juices and carbonated soda and choose natural lemonade to add to your favorite beer.

Apart from lemonade, you can also use ginger ale or ginger beer if you prefer those flavors.

Choose your favorite beer like wheat beer, pilsner, or a light lager. Then, make lemonade by squeezing lemons. If you prefer using store-bought lemonade, you should look for a brand with the lowest sugar percentage if possible.

That way, you will avoid getting an excessive sweet drink. Pour beer into a cold pint glass and add lemonade. In the end, it will be lovely to garnish your beverage with a lemon slice.

This variation is more comfortable with making. Buy bottles of beer and soda. Pour them into a cold pint glass and garnish your drink with a slice of lemon. You can also use lime if you prefer its taste.

The procedure is the same. Pour beer and carbonated beverage with lemon and lime flavor into a cold pint glass, and garnish it with a lemon slice.

You can make your Shandy by using some other juice besides lemon.

You will need nutty or malty brown ale for this combination. Then, add sparkling pear juice in a cold pint glass and garnish it with lemon and pear slices.

Try to find pumpkin ale, and pour it into a cold pint glass. Add ginger beer and orange juice and garnish your drink with an orange slice.

Nowadays, you can buy a commercial Shandy, but you should make it on your own if you prefer to get a delicious beverage. Choose a refreshing light lager or wheat beer and make lemonade of fresh lemons, water, and some sugar. Always garnish your drink with a slice of lemon for ultimate pleasure. 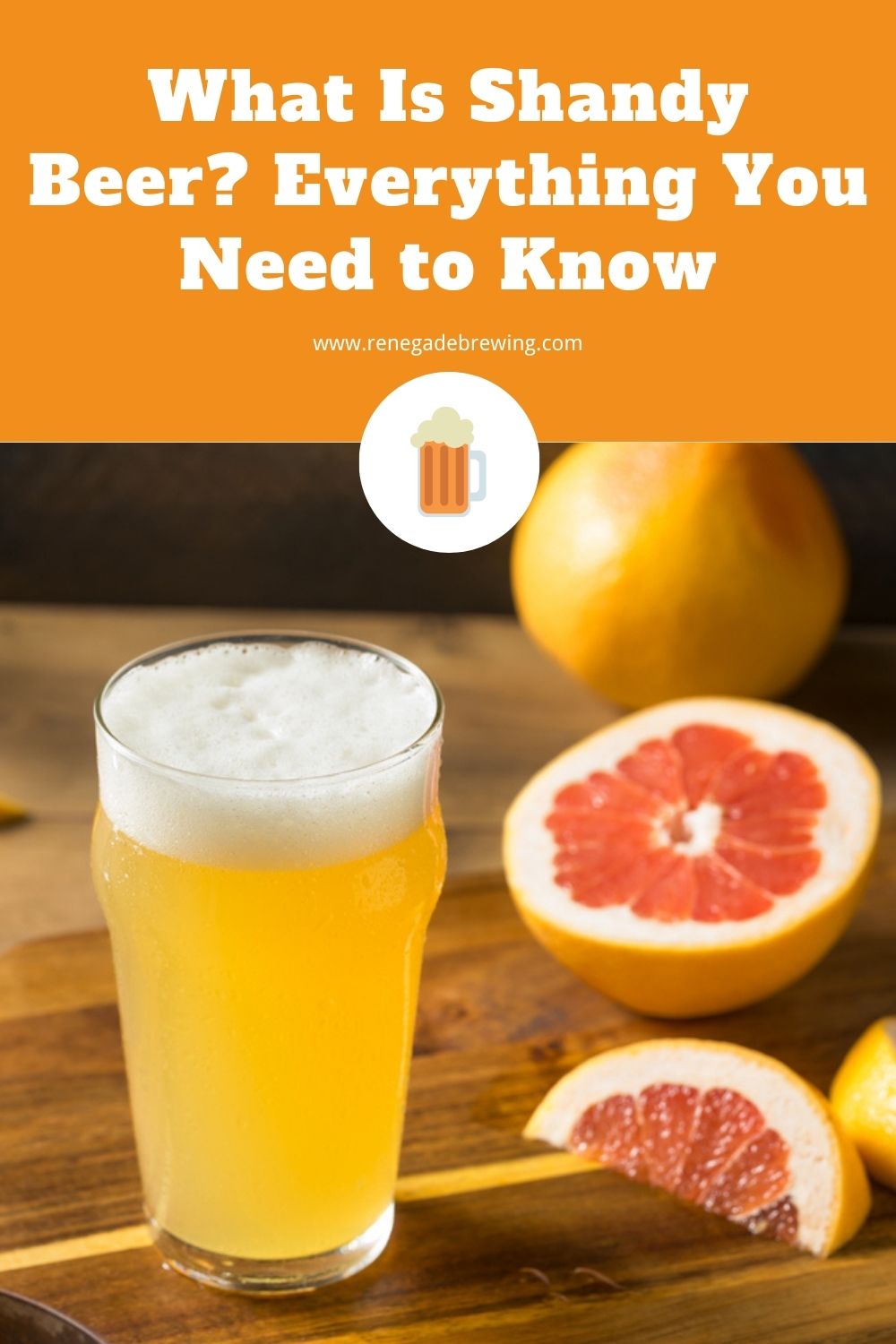