Partying is all fun until you have to the bathroom all the time! Everyone is out dancing and drinking, but you just can’t hold wee for fifteen minutes. And, that’s when you find it uncomfortable, and the next day, you search out “Why does beer make you pee?” 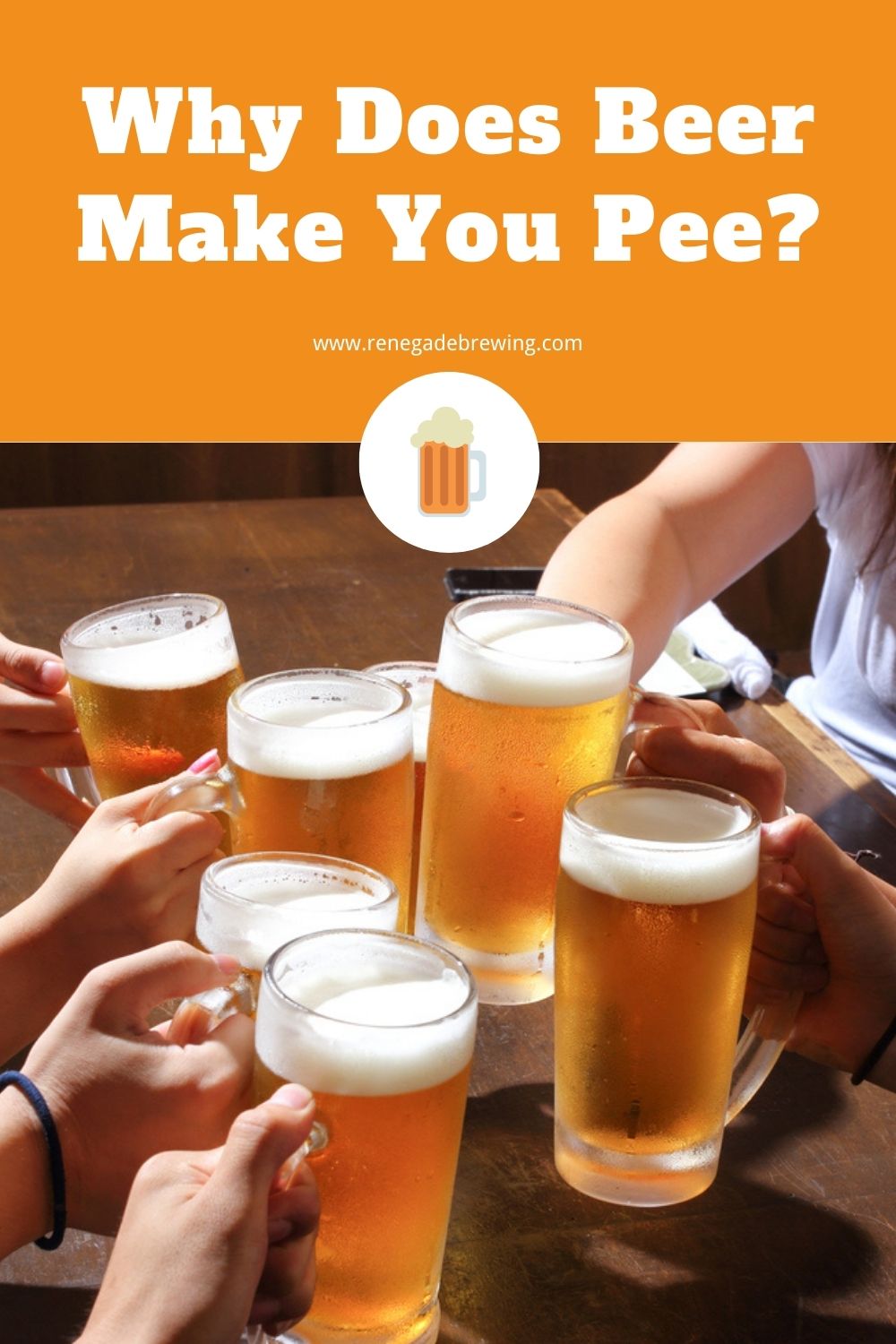 We’re glad you did, and we have the most straightforward, most detailed answer for you!

HINT: No, you’re not necessarily diabetic.

It makes sense that you urinate so much after drinking beer just because it’s “water in and water out.” But, there is more science to this than it sounds. The main reason beer makes you pee because the alcohol in it alters how hormones work in your body. That’s what we’ll be explaining in a minute or three.

How Beer makes you Pee?

It doesn’t come as a surprise to see many drunk people urinating frequently. And, this is because alcohol creates an unusual urge to urinate. Sometimes, you might even urinate more fluids than you have actually taken.

Dr. Grace Eggleton of the London University College wrote a paper that explained in detail how alcohol alters the diuretic action of the human body. In short, when you drink a beer, there are chemical changes in your body that will make you want to go to the toilet.

Both alcohol and water are liquids, and your kidneys will need to remove them from the blood. However, the alcohol might wait a little longer as it is broken down, but; the water will be the first to leave.

Kidneys regulate water levels in the blood. First, this pair of bean-like structures in your abdomen monitors the plasma osmolality of your blood to determine whether you have a good balance of water and soluble.

Osmolality is basically the ratio of water versus soluble substances in your blood. When you have more water than salts and sugars in the body, your kidneys will make you urinate so you can reduce it. And when the levels of sugars and salts saturate your blood, your kidneys will try to retain as much fluid as possible to dilute the concentration to safe levels.

In an ideal situation, your body will eject the same amount of water that gets in, especially when kidneys are working appropriately.

Beer contains about 5% of alcohol that inhibits the production of the Antidiuretic Hormone (ADH). Also known as vasopressin, this hormone motivates the kidneys to retain as much water as possible.

In most cases, the brain communicates to the inner organ systems through chemical messengers known as hormones. When the brain, for instance, triggers the release of ADH, it’s trying to communicate to the kidney to increase plasma osmolality by increasing fluids in the body.

Alcohol blocks this path of communication and suppresses ADH. So, your kidneys fail to retain water, and; therefore, you will start to feel the urge to urinate more often.

When you drink a few beer bottles, you might want to urinate more than when you take the exact amount of water. It’s because of the suppression of ADH by the beer. Ethanol makes your hormone production slow and ineffective, and therefore the kidneys don’t function accurately.

So, the body will release more liquid than it should. Often, this causes nausea, dehydration, and headaches. A hangover is, therefore, nothing but a body’s reaction to after-alcohol dehydration.

Why do some beers cause more urination than others do?

You’ve already seen that the reason you feel like urinating after taking beer is due to the diuretic effect of alcohol.  It’s evident that when you take a beverage with more alcohol content, it will have a more severe diuretic effect on your kidneys. The more alcohol you take, the more you will want to release urine.

The journal Alcohol and Alcoholism studied the comparison of various beverages and their urine output. They found that increasing the alcohol content by 2% made individuals want to pee more often. Low-alcohol drinks such as beer have little diuretic effect as compared to strong distilled spirits and liquors.

And, why do some drinkers pee more than others? 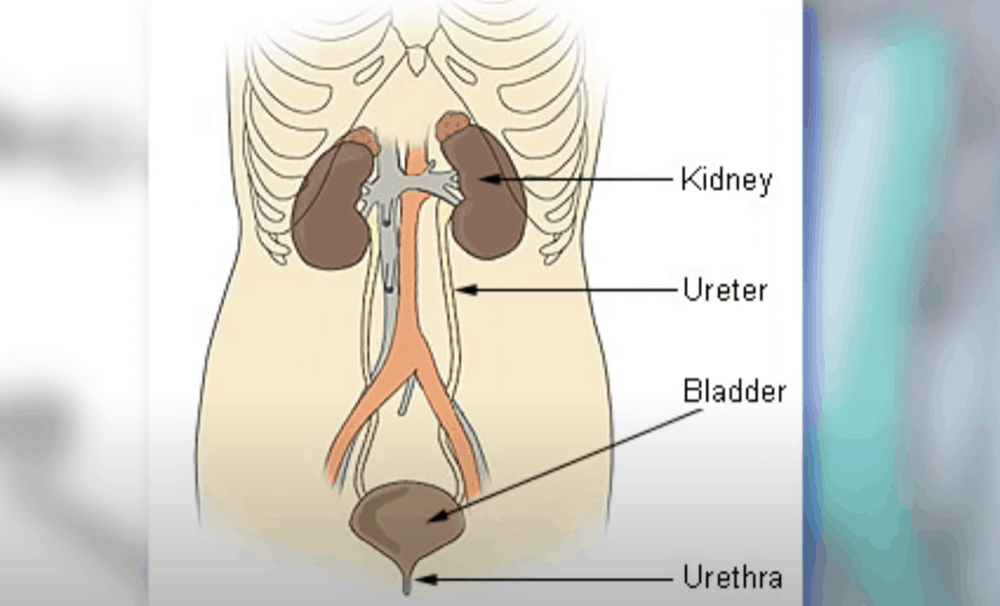 Certain factors influence how much you urinate after you take a beer. Some of these factors have to do with the beer itself, or others are about you. For instance, if it’s the first time you are drinking in a while, your body will react differently from a person who has been in the game for long.

Some people tend to have been accustomed to alcohol. If you are drinking for the first day, you are likely to go to the bathroom more often than someone who’s a regular visitor at the bar. For some drinkers, the body has already accepted and adapted to alcohol in the blood.

And, of course, some people just know how to control their bladders when drinking to avoid breaking the seal too early. Breaking the seal is a psychological skill in which you tune your mind away from urinating. You resist the urge to go to the bathroom until you can’t hold it any longer.

However, urologists advise against holding pee because it can make you vulnerable to urinary tract infections (UTIs). Also, you don’t want a disconnection between your brain and the bladder because you might end up peeing on yourself at a party!

How to stop peeing so much when drinking?

It’s nearly impossible to stop the urge to visit your bathroom while you are still drinking. And, you should not hold your wee for too long as you could hurt your bladder.

But, if you still want to, you could work on kegel exercises to make your muscles strong enough to withstand an urge. And, you may want to shed off some weight to improve your urinary incontinence.

Why do I pee on my bed or myself after drinking beer?

If you’ve been to a whole night-out party, you’ve probably experienced this or seen friends who wet their beds. In most cases, it means they drank too much, but; there are biological reasons why it happens to some people and not everyone.

Alcohol “blacks you out” and can make you do a lot of spontaneous things. When the alcohol in your blood is too high, it could cause temporary memory loss. All your inhibitions go alongside your self-control.

Studies estimate that 50% of people will have a blackout when they hit 0.22% of alcohol in their blood.

When you’re blacked out, you will find difficulty talking, walking, or even coordinating your bladder! And although your brain is “temporarily out of service,” your bladder is still filling up with the beer. So, when it’s time for it to empty the urine, you might not even feel it.

The best you can do is to avoid drinking amounts that can get you to that point. And, go to the bathroom before you sleep.

Why does beer make you pee clear?

The alcohol in beer inhibits the production and work of the vasopressin hormone that prevents water loss. By the time your urine is as clear as water, you have already passed all the urine.

The colorless wee is just water. When you see clear urine, you need to halt your drinking spree or start drinking water to rehydrate.

Urine only lowers the BAC by ten percent, and the rest can stay in your blood for longer. How fast the alcohol in your blood disappears depends heavily on your liver’s metabolism rate.

The Blood Alcohol Concentration (BAC) varies from person to person. A 180-pound adult man will have around 0.06% BAC after three bottles and back to 0.04% after an hour. Then, a woman weighing 140 pounds will be at 0.07% after two drinks.

Why am I unable to urinate when drinking alcohol?

Although beer has diuretic effects, a small percentage of drinkers complain they cannot pee after drinking. While scientists are still studying this phenomenon, doctors agree that this could result from autonomic bladder dysfunction caused by alcoholic neuropathy.

Alcohol numbs the abdomen and breaks down the communication between the brain and the bladder. Sometimes, it could be due to nerve damage, and it causes urinary retention.

Why does urine burn after drinking beer?

It’s common to feel a burning sensation when urinating after heavy drinking. Dysuria occurs when alcohol hurts your bladder because of the acidic irritants acting on its lining. However, you need to check with your doctor to confirm that you don’t have a UTI.

How can I prevent my kidneys from getting damaged by beer?

Alcohol strains your kidneys a great deal, but; with the right advice, you can manage that. For instance, you should drink water frequently, especially when drinking your beer.

It’s advisable to take about twice as much water as the beer.  Drinking water rehydrates your blood and lessens the stress on your kidneys. Also, you dilute any byproducts of beer or kidney processes.

However, if you are an underlying kidney issue, we recommend that you see your urologist for specialized advice on how you should drink your beer safely. 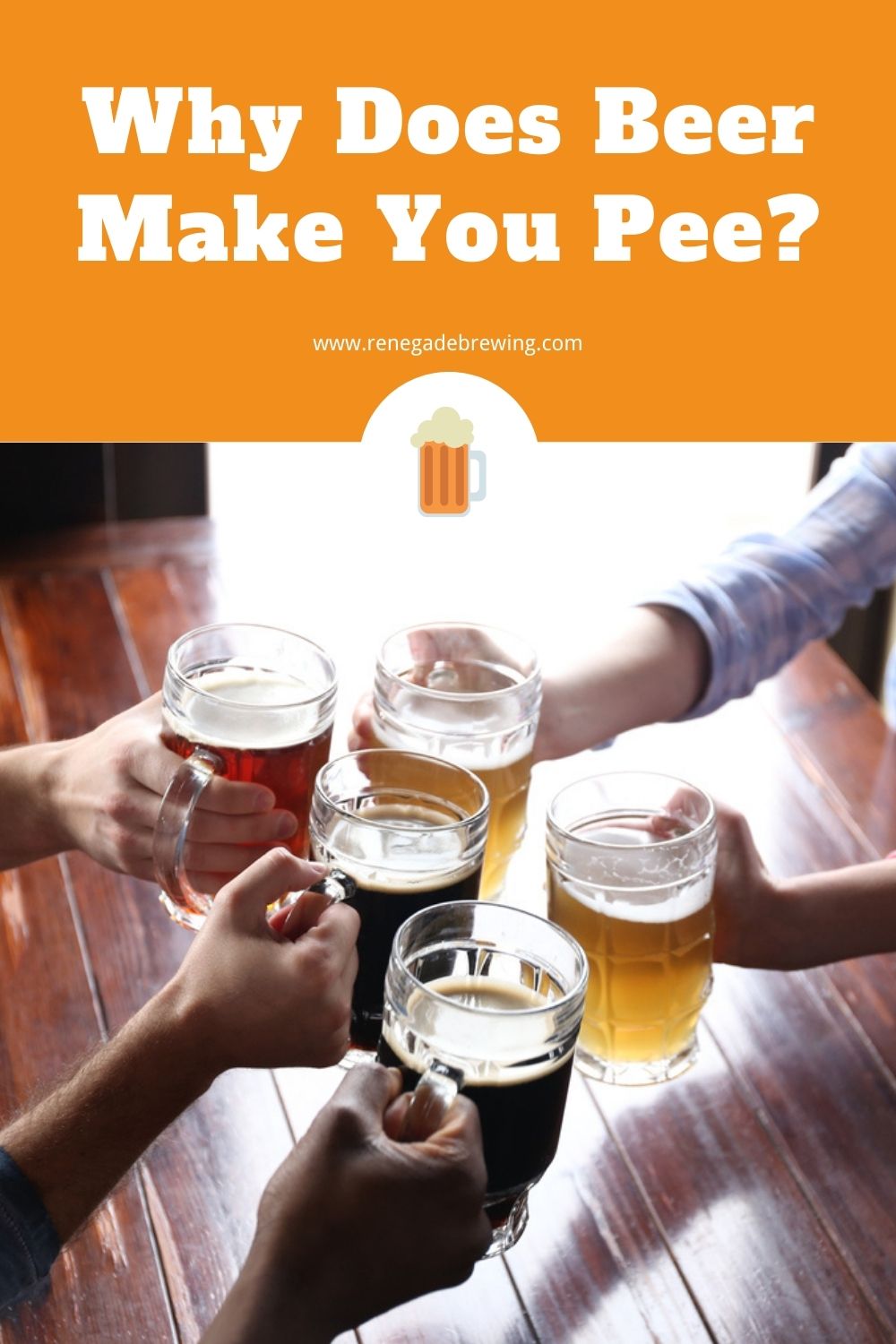