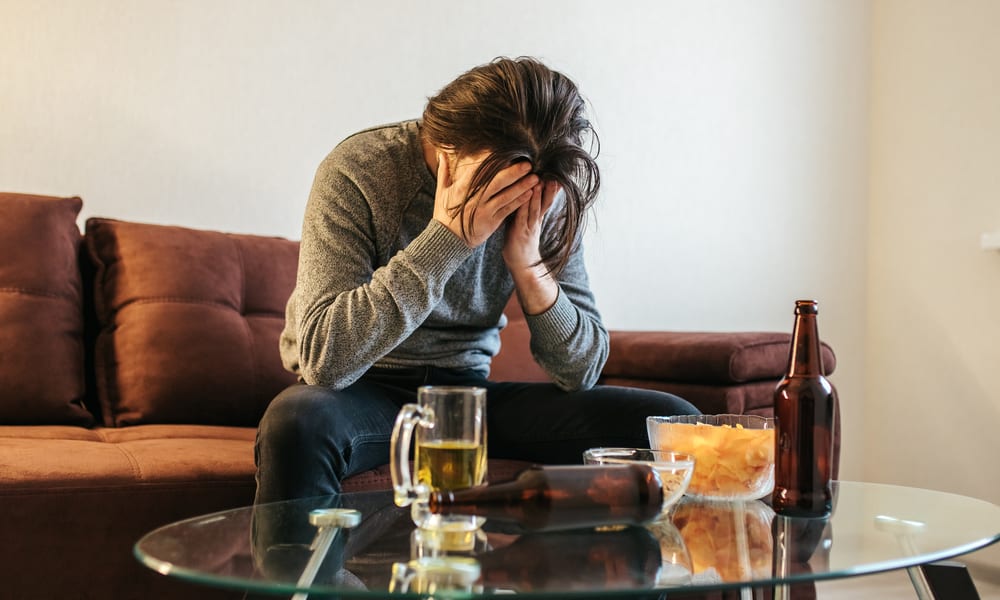 Drinking beer is an enjoyable experience, especially when you spend time in the company of your best friends. The problem arises the next morning when you probably have only one question in your mind – Why does beer give me a headache?

Experts in the UK estimate that alcohol-induced headache problem affects only one man of the 10.8 million adults drinking at a worrying level. It sounds like a negligible percentage, but it can be huge if it is about you. Keep in mind that it may strike anyone regarding the age, gender, and background. The next question is – What to do? Let’s see.

Most people experience headaches after drinking alcohol, but the alcohol-induced headache is something different. According to the ICHD (International Classification of Headache Disorders), there are two well-known categories. Both represent a severe medical issue and require adequate treatment.

This issue, better known as cocktail headache, occurs almost immediately or within three hours after alcohol consumption and lasts no more than 72 hours from the beginning of abstinence.

You will know that you have this particular problem when you start feeling a pulsating sensation on both head sides (bilateral pain). Its intensity will increase after any attempt at physical activity.

This so-called hangover headache type usually begins 5 to 12 hours after consuming alcohol. It is more common and followed by dull pain and fatigue. It is not rare that alcohol-induced headaches are similar to usual, cluster or tension headaches and migraines.

Scientists suggest that genetics can be responsible for a tendency to alcohol-induced headaches. It seems that the occurrence of this unpleasant effect forces people to abstain from alcohol.

Since those people rarely suffer from alcohol abuse disorders, it seems that a predisposition to alcohol-induced headache represents some kind of alcohol overuse protection.

Alcohol triggers approximately one-third of migraines in people, although its exact role is not entirely clear. The probable reason is the acute brain blood vessel dilatation. The alcohol absorption rate will also depend on your mood since increased adrenaline forces alcohol through the body faster than in everyday situations.

Be aware that beer can cause hangovers of severity ranges from 0 to 5 (of max 8), depending on the number of drinks consumed. Their levels are connected with a few alcohol ingredients, including:

Also Read:  Rack of Beer: Everything You Need to Know

These alcohol by-products are responsible for horrible after-party headaches. Luckily, beer contains only 27 mg congeners per liter, which classifies it in low congeners.

This chemical stimulates the immune system to produce more and more histamine, which boosts inflammation. The problem can occur when histamine can’t break down, and its level stays for too long and cause a histamine intolerance.

This alcohol is beer’s primary ingredient and causes migraine after getting into your system and causing vasodilation, the blood vessels dilatation. As a natural diuretic, it is also responsible for minerals and fluid loss from the body, which is a direct trigger for headaches because of the newly formed imbalance in the body.

Many food ingredients can trigger a headache or a migraine attack after overdrinking, including:

Cheeses, processed meats, and dried fruits contain high levels of these compounds, so you should avoid eating them before party time.

Does Homebrew Cause a Headache?

Many people complain of a hangover and a severe headache after drinking homebrew beer, even in moderate amounts. The most likely reason is the fusel alcohol this beer contains. The term ‘fusel’ is a German word that literally means ‘bad liquor.’

These high alcohols are a mix of amyl alcohols, a by-product created during fermentation. The good news is that you can reduce their presence by applying proper homebrewing techniques.

Chemically, they are aromatic and aliphatic alcohols with open-chain carbons produced after an amino acid breakdown. You will always determine a high fusel alcohol level initially, but this percentage will drop during the final fermentation step.

When you enjoy brewing, you should be aware of factors that lead to high fusels production and find a way to lower their amount. So, you need to pay attention to these things:

The question is does fusel alcohol can cause a beer off-flavor. The answer is not simple and can be both yes and no. Since fusels are a part of the fermentation process, they naturally affect the beer flavor profile. On the other hand, their high percentage will add sour flavors to the finished homebrew.

Also Read:  8 Tips to Get Drunk Fast With Beer

These alcohols will provide a boozy homebrew taste, specific aroma, and pleasant warming sensation in the stomach after consuming beer at a moderate level. Keep in mind that beers with a high fusel alcohol percentage are referred to as hot and often have a hint of fruitiness.

In general, the secret of making a high-quality homemade beer is in achieving the right fusel alcohol balance while brewing. The problem is that an average homebrewer can’t precisely predict what happens with beer during its production. However, you can avoid too many fusel alcohols in homebrew in a few ways:

Once the freshly prepared homebrew causes you a bad headache and hangovers, you can try to reduce excessive fusels away. The uncomplicated option is to store the bottled beer and let it sit for long before drinking it again.

When you usually keep bottled beer about six weeks before consumption, you should let it sit for several months to get a product with a low level of fusels. Unfortunately, the results of this particular method can be different and not always satisfying.

How Many Beers Cause a Headache?

Even though many people believe that one bottle of quality beer won’t cause an alcohol-induced headache, it is not necessarily true. It actually depends on many factors, including crucial ones such as:

Plus, you can tolerate some beer brands better than others. No one can tell you why it is so because it differs for each person.

How Long Will Headaches Last?

In most cases, a hangover usually lasts up to 24 hours, but it can prolong to 72 hours. Remember that plenty of water and a good night’s sleep will significantly help relieve headache symptoms.

The day after the party can be an absolute nightmare filled with headache and hangover you need to put under control before it blows your head away. The best strategies include:

Some vitamins, including vitamin C and B6, and particular tea types can help your body eliminate alcohol. Also, bananas, nuts, eggs, ginger, and spinach intake will help in most cases.

Even 92% of the US population has experienced a bad headache after drinking beer, wine, or liquor at some point in their lives. In some cases, you can prevent this horrible condition. Let’s see.

About one-quarter of people suffering from migraines avoid alcohol to prevent triggering an attack. However, only 6% of people with this problem have an attack after drinking beer because alcohol doesn’t have a consistent effect on this type of headache.

On the other hand, people who often suffer from cluster headaches are usually susceptible to alcohol, including beer. The only way to determine your case is to test your limits in controlled conditions.

To determine whether the beer will trigger an attack, you should drink some and wait 30 minutes to 3 hours to see your reaction. Both the beer-connected migraines and headaches will usually occur within that period.

However, the first signs of hangover appear the next day, and that condition can evolve into a multi-day migraine attack. Since your limits are never the same as other people’s, you shouldn’t drink more beer than you are comfortable with.

If you enjoy drinking beer, but you are also prone to migraine attacks or alcohol-induced headaches, the best option is to weigh the advantages and downsides of this pleasure. In most cases, moderation is the key to an excellent night out without a horrible hangover tormenting you the next morning. 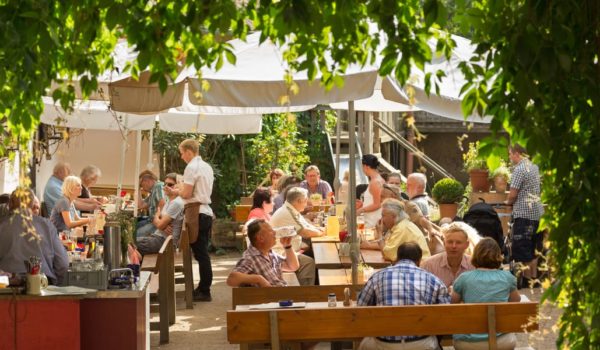 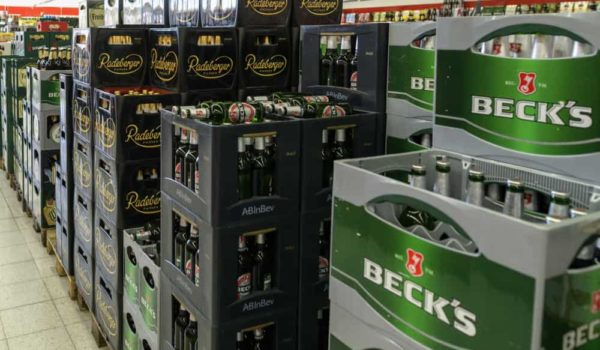