Since beer is one of the oldest beverages people have ever made, you guess it is also on the list of favorite drinks. However, many beer lovers don’t know who and when they invented beer. 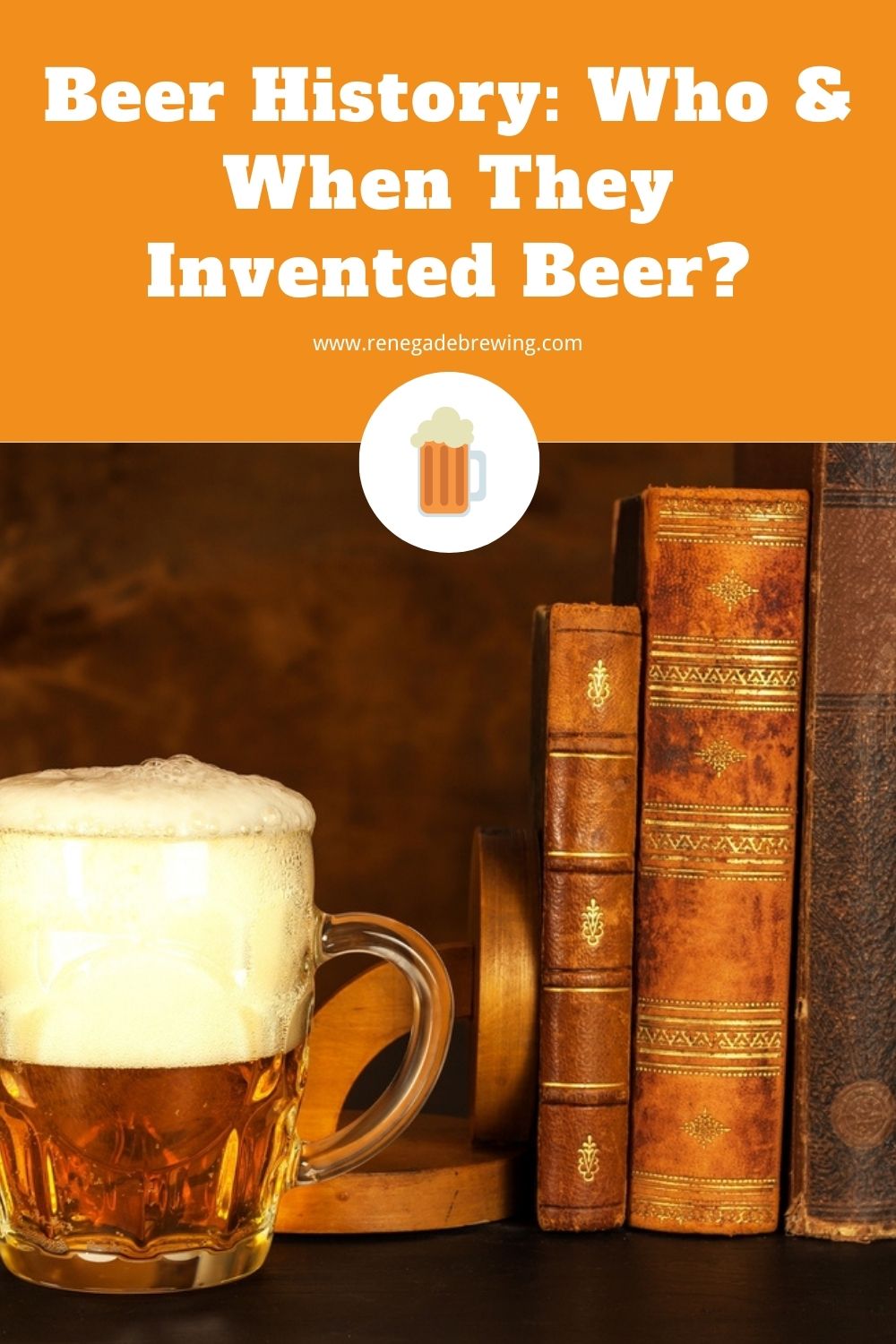 Historians assume that people discovered cereal fermentation by-products thousands of years ago. Nowadays, it is known that such transformation was possible thanks to wild yeasts from the air. So, let’s discover all about beer’s exciting history.

The ancient Chinese produced the first beer Kui in 7000 BC. However, Sumerians and Babylonians probably knew about beer 3,000 years before them. Surprisingly, most brewery owners were women. According to clay tablets, beer was also a well-respected craft in ancient Persia at least 7,000 years ago.

The first chemically confirmed barley beer was made at Godin Tepe in the Iran Central Zagros Mountains somewhere between 3500 and 3100 BC. Syrian priestesses from ancient city Elba produced a range of beers back to 2500 BC, including the particular types brewed for religious ceremonies.

Ancient Egypt strictly controlled brewing since they used it as an offering to the gods or a medicine. The curiosity was that the Egyptians taught the Greeks about producing brew. It was also popular in Ancient Rome until wine become the favored drink.

The primary reason for beer popularity in ancient times was the uncertain water quality. There were clear indications that drinking such water often led to the development of certain diseases like cholera, and beer was a significant part of prevention.

Beer was a part of the daily ancient Mesopotamians’ diet, and many myths, paintings, and poems showed both humans and their gods enjoying this beverage. They used a special straw to drink a thick, porridge-like brew.

The Sumerians believed that gods gave them this drink as a gift to promote people’s happiness and well-being. They used different words to describe beer, including:

In the very beginning, brew produced women at their homes from twice-baked barley bread Bippar or the priestesses of Ninkasi. The Alulu beer receipt from the Ur in 2050 BC was proof of commercializing brewing at that time.

Mesopotamian beer production significantly increased under Babylonian rule. These people had laws concerning the issue, including famous paragraphs 108 to 110 of the Code of Hammurabi.

The Babylonians brewed various beer types classified into 20 different categories, depending on brew characteristics. This beverage became a regular product in commodity trade with Egypt over time.

Ancient Egyptians had Tenenit, a goddess of beer closely associated with Meskhenet, goddess of childbirth. Its name is derived from the Egyptian word Tenemu that meant beer. According to their legend, the great god Osiris himself taught humans how to brew beer. In the beginning, women brewed it, but men took over the business later.

Heqet (Hecht), a honey-flavored brew, was the most popular type in Egypt. Beer was often compensation for labor, and it is known that the Giza workers received three beer rations a day.

Queen Cleopatra VII lost most of her popularity because of implementing the first-ever tax on beer. Egyptians considered this drink medicine and prepared more than 100 remedies with it as an ingredient. Therefore, they felt such a tax unjust.

Beer in Ancient Greece and Rome

The Greeks took over the craft brewing from Egyptians. Even the Greek word Zythos came from the Egyptian name for beer – Zytum. Since the climate was different, the brew wasn’t as good as Egyptian’s, and the Greeks considered it a low-class barbarian drink.

Тhe Emperor Julian wrote a poem glorifying the nectar-like wine scent and compared the beer smell with a goat odor. Despite that, the Romans brewed beer Cerevisia in ancient Treveris. There are also proofs of brewing in Castra Regina, the Roman military encampment on Danube in 179 CE.

The Germans started brewing beer Ol in 800 BC. The first beer jugs were discovered in a tomb in northern Bavaria in the Kasendorf village. In those times, women made beer at home to supplement daily meals.

In time, Christian monks took over craft brewing. The monastery Kulmbacher Monchshof Kloster, founded in 1349 in Kulmbach, started producing many beer types, including Schwartzbier, their most famous brew today.

The Germans instituted Reinheitsgebot, their purity law in 1516 that regulated the ingredients breweries could legally use, including water, hops, barley, and yeast. They also believed that this beverage is a necessary staple of a healthy diet and instituted its daily ration.

The Finnish Saga of Kalewala from the 17th century has been preserved to this day. It described beer production and showed people’s admiration for the beer effects. The Finns considered a brew a magical beverage that their gods brought to the earth to help people stay healthy, happy, and with peace of mind.

Believe it or not, the rising of Christianity increased beer production, and the primary role in brewing had monks. Since available water wasn’t clear and the risk of illnesses was constant, people drank beer instead.

Monks could drink beer even during fasting periods, and they started brewing in an early period. The father of Western monasticism was Saint Benedict. He lived from 480 to 547 and established rules that defined the monastery life’s standards throughout Europe.

One of the rules included obligatory offering food and drinks to travelers. Consequently, most travelers stopped by monasteries during the Middle Ages, and monks shared food and beer with them.

Even today, you can hear the term ‘Gloazen Stutjes,’ a ‘sandwich in a glass’ in parts of West Flanders, relating to that old custom. Monks began to sell their beer in some kind of medieval pubs over time under their patron saint’s name.

In the 10th century, the Vatican took control of the brewing process, and they used names of real or often imaginary saints for this purpose. That custom has stayed until these days, and many beer brands still bear the name of different saints who became brewing and brewers patrons.

However, many people brewed beer in their homes, especially in Britain after Henry VIII broke off relations with the Catholic Church and closed monasteries. They invoked their patron saints’ names while brewing to ensure to get a quality beer. When the process was unsuccessful, people needed culprits.

Sometimes, they blamed evil spirits but also determined ‘brewing witches’ and burnt them at the pyre. The last known case was recorded in the late 1500s.

The Plan of St. Gall, dating from 820, is the oldest existing brewery plan that shows a Benedictine monastery with brewing facilities. Based on this document, you can conclude that monastic breweries’ production level was approximately 100 gallons (378.5 l) per day.

Monks were the first brewers that used wild hops, and Abbot Adalhard of Corbie, France, was the first to mention that information in 822. German monks started the same practice in 1200.

Monks also improved the brewing process and emphasized the importance of cleaning and sanitization in the Middle Ages. In the 12th and 13th centuries, the first commercial breweries were established based on the monasteries’ production model.

Unfortunately, only 30 monasteries remained in Europe by 1815, marking the end of the era of monastery breweries.

Nowadays, a dozen Trappist monasteries still make beer, including the oldest one established in the late 16th century. They are famous for their Belgian-style ales. St. Sixtus of Westvleteren produces the best and most desired beer worldwide in limited quantities.

Have you ever heard about the Beer Belt? It included Ireland, the United Kingdom, the Netherlands, Belgium, Germany, France, Russia, and Czechoslovakia. Their moderate climate, countless underground water sources, and fertile soil favorable for cereal growing made this part of Europe an ideal region for brewing.

Since mineral water was different in each particular country, people living there produced their own beer with distinctive character and taste.

For instance, very hard water in Dublin is perfect for brewing stout, like Guinness. On the other hand, soft water in the Czech Republic was ideal for creating Pilsen, while water rich in gypsum made England’s Burton on Trent the center of pale ale brewing.

The oldest operating commercial brewery is in Bavaria, at the Weihenstephan Abbey. It got the right to brew beer in 1040. The particularly unique regions were those rich in wild yeasts in the air that allow the specific beer’s production.

Since the late Middle Ages, beer has taken its place among the most common European drinks, especially in regions where conditions for grape cultivation were impossible.

Nowadays, multinational companies dominate modern beer production, but you can still find thousands of small breweries in Beer Belt countries. Moreover, craft brewing is highly popular in the US again, and the market is overwhelmed with new beer flavors.

Even though many ancient people were making brew centuries ago, they often faced the problem with storing this beverage. That was solved with the first beer with hops discovered in the 9th century.

Once Louis Pasteur established the germ theory of fermentation in 1857, breweries started to add yeast in beer, and the modern beverage was born. 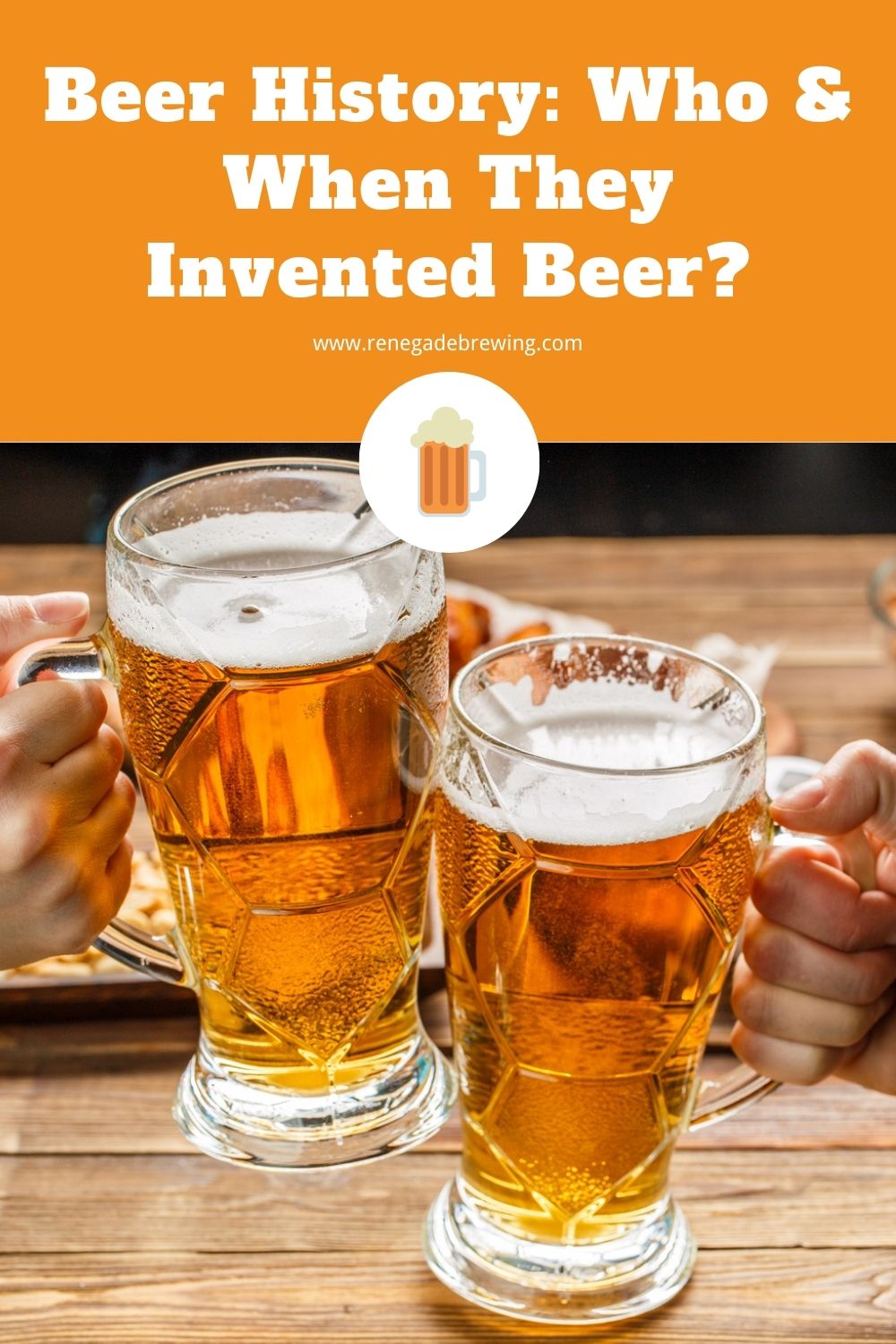