Minty and sweet, herbal and earthy, steadfast and refreshing, birch beer is the adult soft drink that takes you back to your childhood. Although many confuse it with the cloyingly sweet root beer with its sharp bubblegum taste, birch is adamantly different. 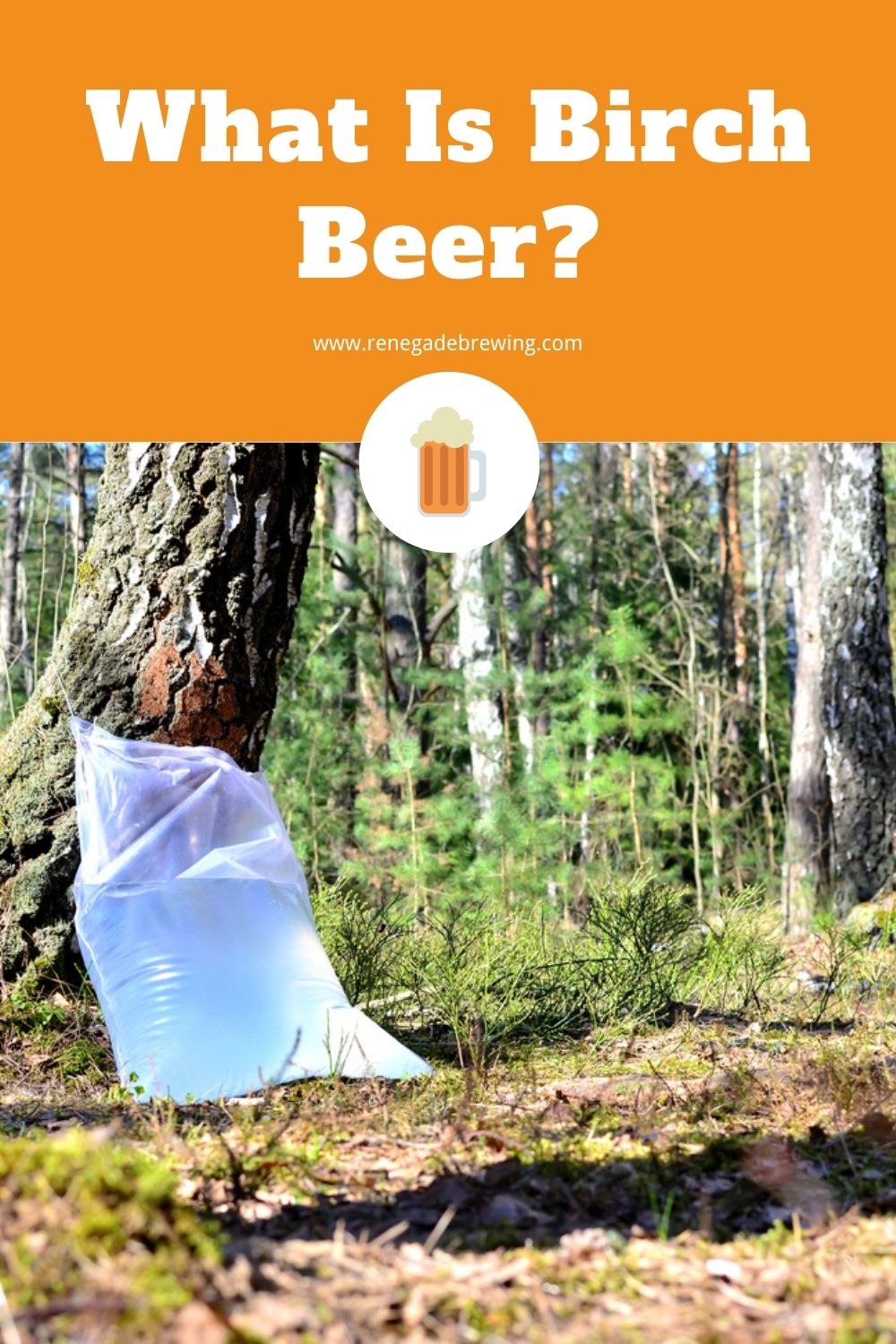 In this article, we’ll give you the lowdown and answer the question: what is birch beer? We’ll also take you down history, and finally introduce you to an easy recipe that you can use to make birch beer at home.

Let’s get right into it!

Definition: What Is Birch Beer?

Contrary to its name, birch beer is not a beer but a sweetened, carbonated soft drink that originally hails from Pennsylvania.

Traditional birch beer was made using sap tapped straight from the birch tree but over the years, substitutes such as birch syrup, birch oil, and birch bark have been used to manufacture this fizzy drink at a commercial level. Yeast is added to ferment the syrup and to encourage the production of CO2, which gives the drink its crispy mouthfeel.

The flavor of birch beer is characteristically earthy, spicy, and sweet. There are undeniable hints of wintergreen and mint but depending on your recipe, your drink might also have notes of cloves and nutmeg, vanilla and cinnamon, and any other spice combination you might prefer if you choose to make it at home.

The color of birch beer will largely depend on the tree from which the sap, bark, or essential oil is extracted. Generally, the color tends to range from brown, which is the original color of the birch tree, to red, and white as well. The red type tends to have a softer mouthfeel; the carbonation is not too intense. On the other end of the spectrum is white birch beer, which is clearer with a strong wintergreen flavor.

The History of Birch Beer

The earliest mention of birch beer was in the mid-1600s. American colonists began brewing this drink in their homes given that many could not afford the costly imported alcohols. Alcoholic birch beer was seen as a way to get high without breaking the bank.

The early recipe for making alcoholic birch beer called for the direct fermentation of sap tapped from the birch tree instead of reducing the sap into essential oil and then mixing with refined sugar and boiling the mixture to create a syrup as is customary these days. A small amount of yeast would then be added to the syrup and the mixture set aside for a couple of days to allow for fermentation.

Birch trees are unique to the northeastern United States. In particular, the sweet birch tree, also known as Betula lenta from which American birch beer is brewed grows in large swathes in a region that begins in Canada and extends to Alabama, Georgia, Pennsylvania, and Maine. This is unsurprisingly the reason why this sweet, carbonated soft drink is unique to the northeastern states and Pennsylvania in particular.

The commercial production of birch beer began shortly after the implementation of Prohibition. In the period between 1920 and 1933, there was a constitutional ban on the production, sale, transportation, and importation of alcoholic beverages. Following this ban, those in the alcohol and beer bottling industry had to find a way to keep afloat and survive while they campaigned to bring an end to the ban.

In Pennsylvania and a couple of other northeastern states, brewers resorted to making carbonated drinks and this is how birch beer came to be manufactured at a commercial level. So, were it not for Prohibition, birch beer would have probably not made its way to our grocery stores and our homes.

A few notable examples of companies that made the foray into the commercial manufacturing of birch beer are Kutztown Soda Works, Reading Draft, Boylan, and Appalachian Brewing Company. Popular birch beers include Foxon Park, Sioux City, Hank’s, Stewart’s, and Avery’s just to mention a few.

What Is The Difference Between Birch Beer, Root Beer, and Sarsaparilla?

Many people wrongly interchange the terms ‘root beer’ and ‘birch beer.’ There is also a tendency to assume that root beer and sarsaparilla are the same. Let’s clarify what each of these is.

Like birch beer, sarsaparilla is a carbonated soft drink made from the root of the smilax ornata plant, which is a native of Central America. The Spanish name for this plant is zarzaparrilla. Because it is made from the root of a plant, it is generally considered a root beer. In the United States, sarsaparilla is mostly brewed by the many craft beer brewers spread out across different states.

Root beer is also a carbonated soft drink. The early root beers were made using the roots of the sassafras plant by extracting safrole oil from the root-bark of the plant. However, the Food and Drug Administration (FDA) banned the use of safrole as it is linked to some types of cancer. Root beer can be made from the root of just about any plant with popular choices being acacia, licorice root, and wintergreen root.

As the name suggests, birch beer is made from extracts of birch bark and birch sap, which is usually evaporated into essential birch oil. As you can see, root beer and sarsaparilla are not similar to each other and neither are they similar to birch beer. These drinks often have a slightly similar taste due to the addition of common flavors such as wintergreen, licorice, yucca, and vanilla but the core ingredients that are used to make each of these drinks are different.

Now that you know what birch beer is, let’s check out a simple recipe for brewing your own birch beer at home if you so wish.

Try this simple recipe and you just might permanently opt for the homemade version of birch beer. You can either use birch oil or birch bark, which comes in powder, flakes, or medium-sized pieces.

Follow these easy steps to make your first ever batch of birch beer: 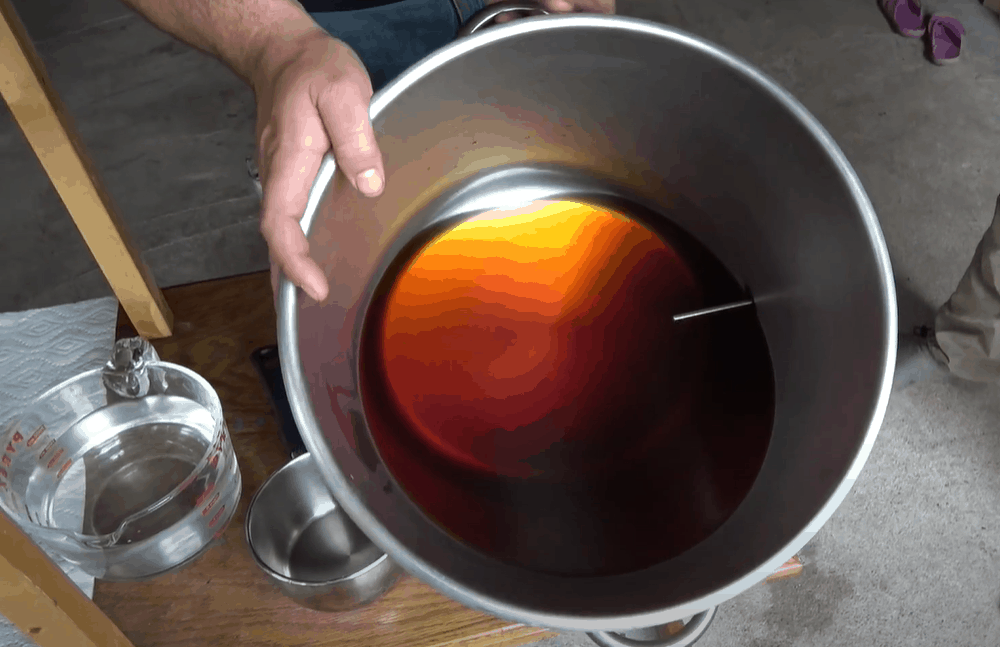 Birch water will serve as the base for your sweet beer. If you are using oil, fill a small bowl with water and then add a few drops of the birch oil. That’s it—you have your birch water!

If using birch bark, boil water in a saucepan then add the bark. Continue to boil the water for an additional 5 to 10 minutes. Turn down the heat and allow the bark-infused water to cool. At this point, you can filter the bark water to separate the bark from the water. 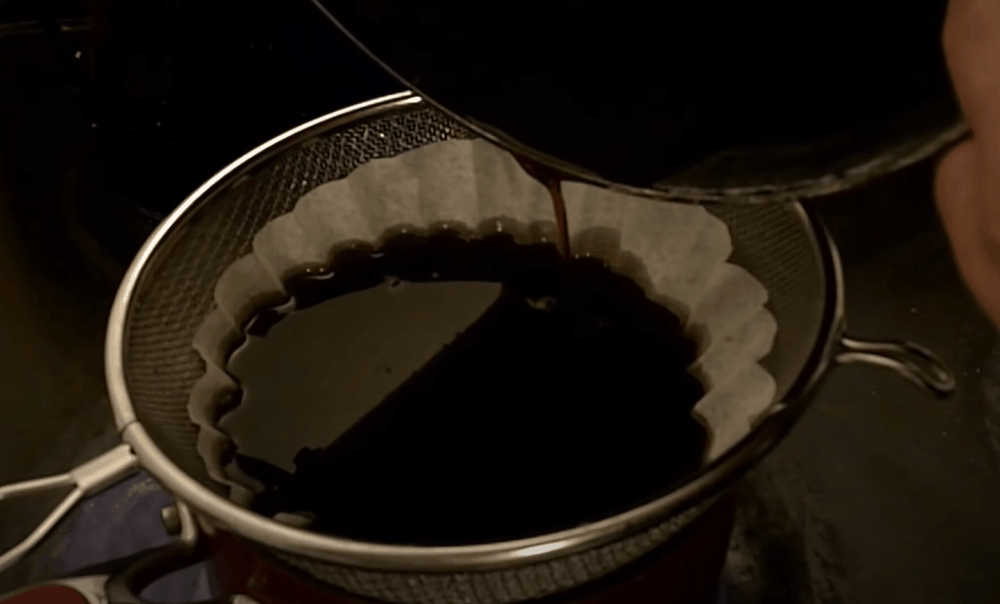 The syrup will sweeten your birch beer and provide a medium for the yeast to convert to CO2 and traces of alcohol. You can use regular table sugar but for added flavor and color, molasses or brown sugar are great choices.

Dissolve the sugar in a cup of water and then bring the mixture to a boil until the sugar dissolves. Set the syrup aside to cool. 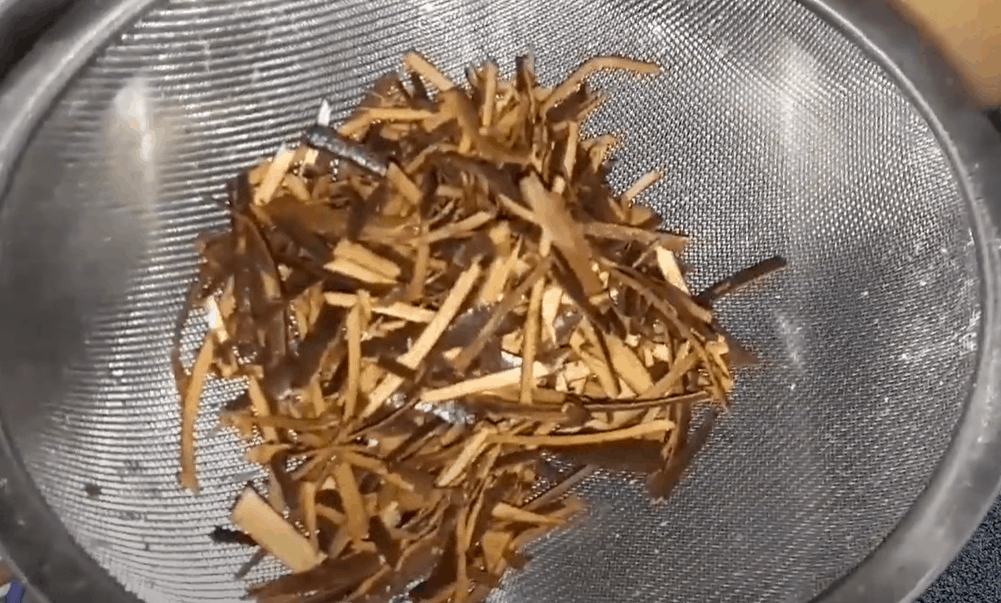 We recommend using fresh ingredients for flavoring. Take the birch water you had prepared earlier and place it in a pan.

Add your flavoring of choice such as whole cinnamon sticks or crushed vanilla beans and bring to a boil. Sieve to separate the flavorings from the birch water. Allow this flavored water to cool. 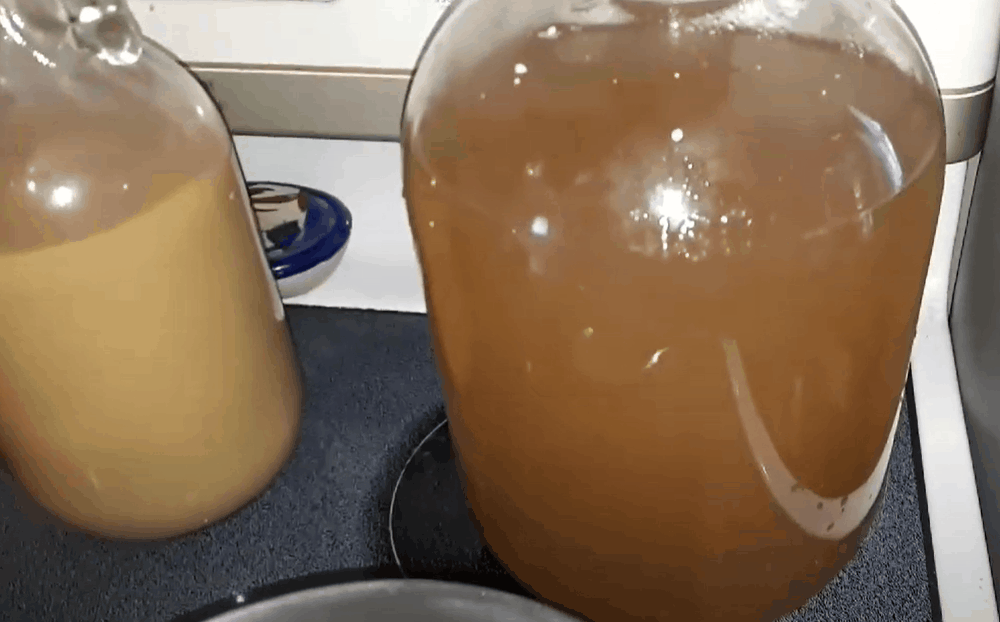 Transfer the syrup into a mason jar and pour the birch water over it. Stir to dissolve the syrup. 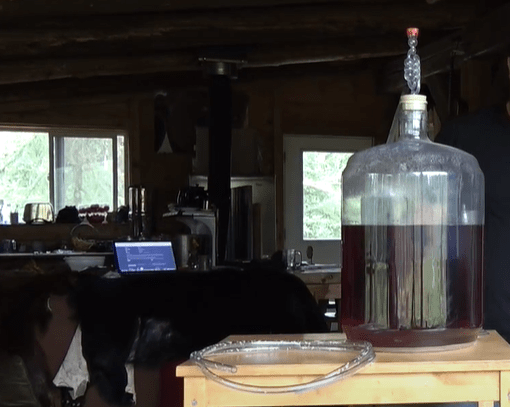 Store the mason jar at room temperature for up to 36 hours. Allowing the mixture to ferment for too long will increase the alcohol content. Taste to check that it is as carbonated as you want it to be.

Once you are satisfied with the level of carbonation, chill your birch beer in the fridge for two days before drinking. The low temperatures will slow down fermentation, leaving you with a nice cold, crispy, and minty beverage for your enjoyment.

Birch Beer: The Beer That Is Not Really A Beer

Beyond the borders of Pennsylvania, birch beer might not be as popular. Still, there is a reason why those who drink it for the first time almost always fall in love with it. Not to be confused with root beer, birch beer is refreshingly minty, spicy, and well balanced.

If you fancy, you can make your own. The good news is that you do not need access to birch trees from which to draw sap. Grab some birch oil or bark from your local health store and follow the steps we have outlined above to prepare your beverage. Happy brewing! 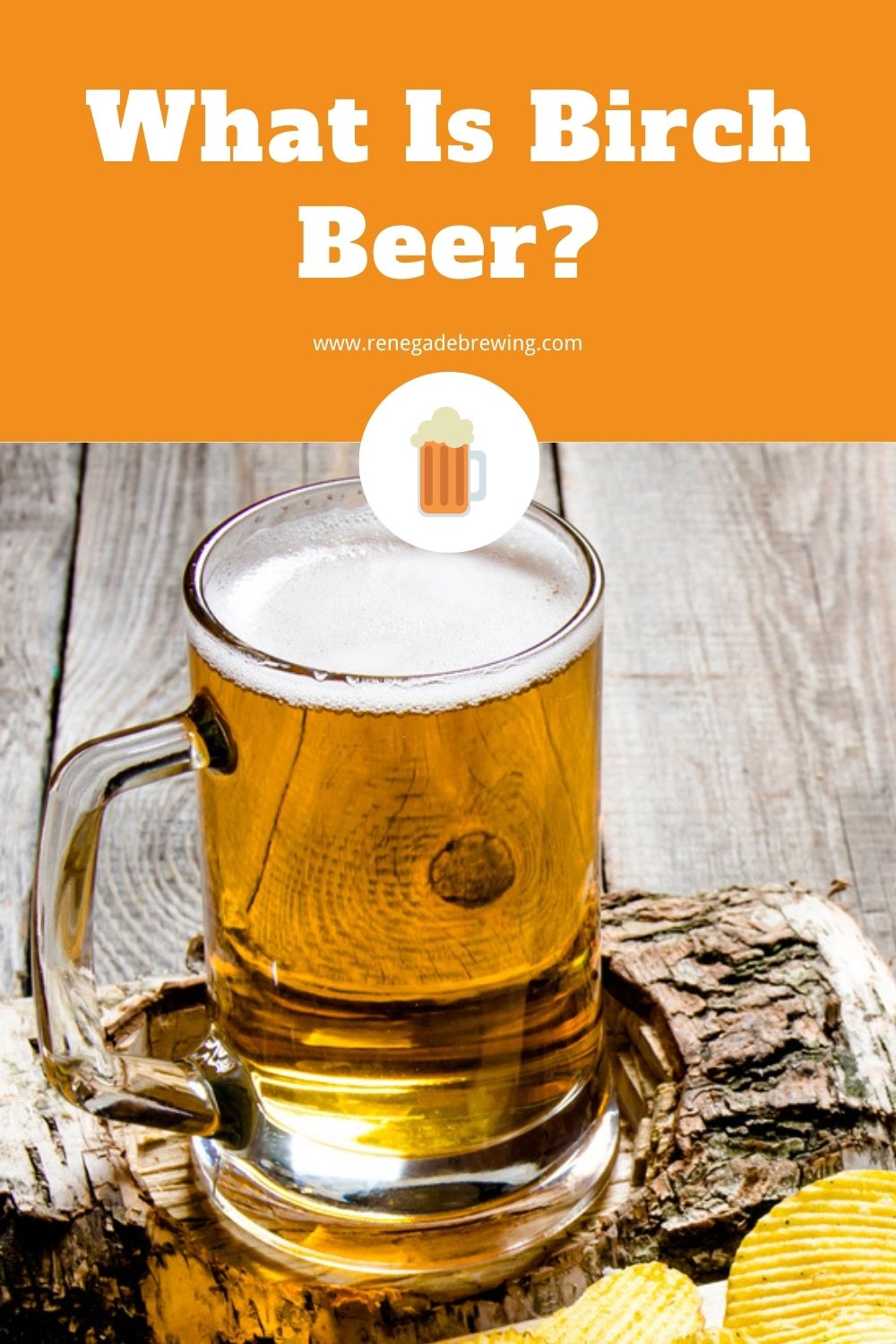