Ask any beer lover and they will tell you how exciting it is to discover a new beer style. If you have just come upon the so-called ‘bock beer’, you might be curious about this funny-sounding booze. You are not alone; not many people know about it, despite bock being among the oldest beer styles. 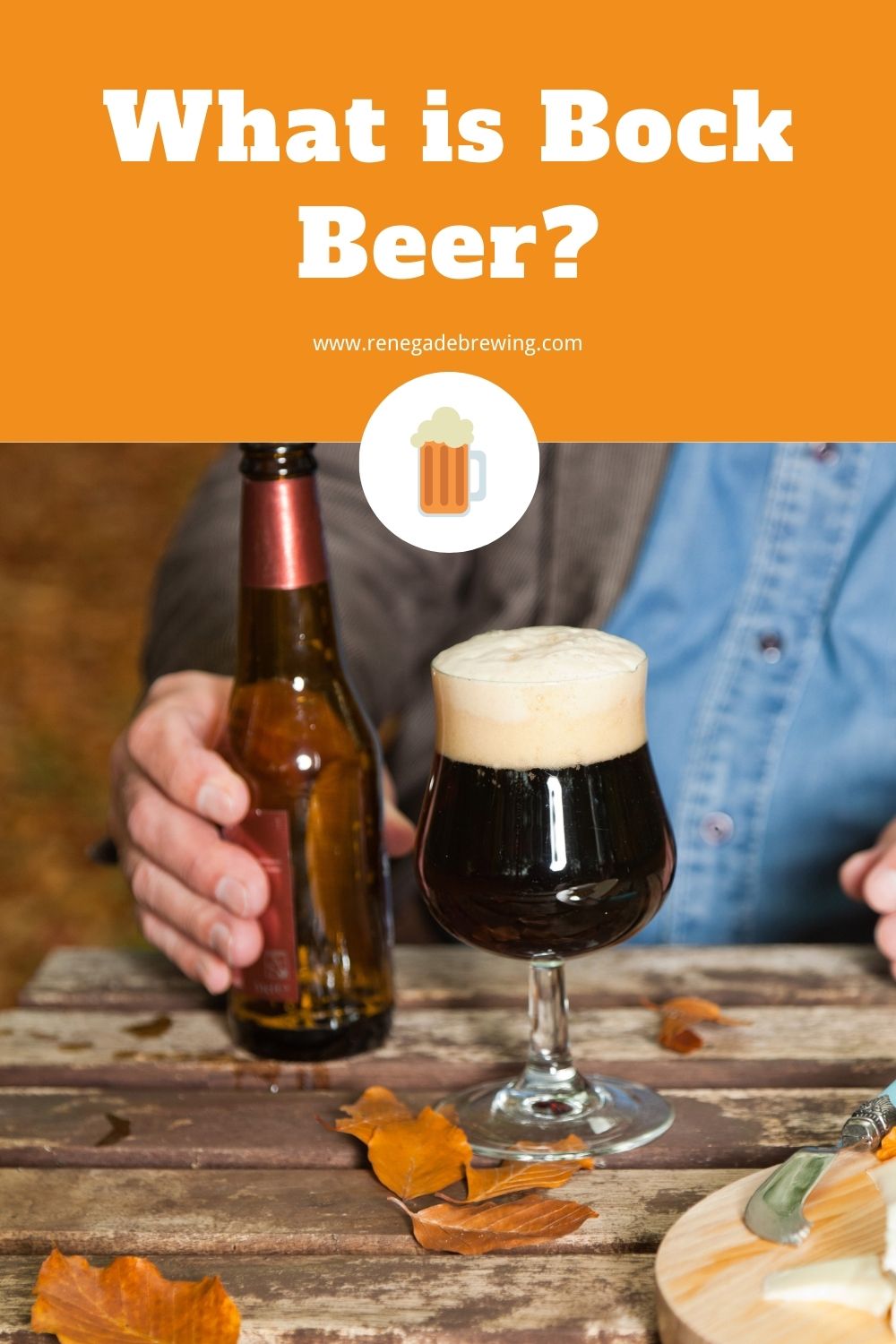 In this article, we will explain just what bock beer is, tell you all about its taste and aroma, and even introduce you to some examples of the various styles available. Keep reading to find out more!

What is Bock Beer?

Before getting into its rich and interesting history, let’s first answer the question: what is bock beer? Bock is a high alcohol content lager made using bottom-fermenting yeast in cold temperatures. Although stronger than the typical lager, most beers of this style are only moderately hopped and have a dominant malt character.

The process of brewing bock involves a long boiling and mashing period to help bring out the melanoidin and caramel flavors. Fruitiness, like hoppiness, is kept to a minimum. If you would like to try your hand at brewing a bock beer at home, the American Homebrewers Association has an easy recipe that you can check out.

The History of Bock Beer

Legend has it that bock beer was originally brewed in Einbeck, a small German town nestled between Kassel and Hannover. The earliest records mentioning beer brewed in Einbeck date as far back as 1378.

Right from the get-go, Einbeck’s beer had people talking but it only really became famous when the town joined the Hanseatic League, a popular merchant community in the north of Germany. This saw the beer travel fast outside of Germany and into the Flanders, British, Russian, and Scandinavian markets. These markets already loved strong beers so they easily accepted the strong lager from Einbeck.

One of the things that made this beer so successful was the unique brewing system that the city council had come up with to ensure the utmost quality. The town’s bourgeoisie was allowed to malt their grain and to ferment beer in their own cellars but no one was allowed to own a brewery.

The city council owned the brewing equipment and hired professional brewmasters who delivered the brew kettle to the homes of the bourgeoisie who wanted to brew. The brewmaster was responsible for inspecting the malt and checking the quality of the beer before it went to the market. This ensured that beer from Einbeck was of high quality no matter who brewed it.

Einbeck named its beer Ainpöckisch Pier but later, when the beer finally reached Bavaria, Bavarian beerheads abbreviated that term to oanpock and then a bock bier. This last name stuck and it’s why the beer is now known as bock beer.

As soon as Bavaria had a taste of Einbeck’s beer, they wanted to brew it within their own borders. In 1617, the town of Munich, Bavaria hired one of Einbeck’s master brewer, Elias Pichler, to brew oanpock for the Bavarian market. This style of beer became popular particularly during Lent when strong drinks, also known as liquid bread, substituted some of the foods that practicing Catholics could not eat during the fast.

The word ‘bock’ is German for ‘billy goat’ and this explains why brewers of bock beer the world over use the goat as a mascot on their various bock beer styles.

What is Bock Beer: Beer Profile

Let’s take a look at the basic characteristics of what you can expect from a bock beer.

Bock beer comes in various styles depending on the malt variety and flavor. With a bit of trial and error, you might find one that works for you. Let’s take a look at some of these common styles.

Doppelbock is the most well-known bock beer style in the North American market. The monks of St. Francis of Paula were the first to brew Doppelbock beer. They built their own brewery in the town of Munich in the 17th century so that they could make ‘liquid bread,’ which would substitute solid food during their Lent fast.

The monks brewed a strong-bodied beer that was high in residual sugars. The beer was less attenuated, meaning that just a small percentage of the sugars were let to convert to alcohol. This led to a less alcoholic but much sweeter beer that came to be known as Doppelbock.

Doppelbock is like a traditional bock but with ‘double’ the amount of malt, therefore the word ‘doppel’, which means ‘double’ in German. Of all the bock styles, Doppelbock is the strongest in terms of flavor and alcohol content.

Doppelbock beers range from pale to dark colors depending on the malt of choice. The beers are maltier than they are hoppy with underlying flavors of chocolate, roasted caramel, raisins, and toffee.

If the Doppelbock is the dark, strong, and bold variant of the Bock beer, the Helles Bock is the opposite. ‘Helles’ actually means light and true to its name, Helles Bock beers are brewed using a combination of lighter Pilsner malts and Munich and Vienna malts. The result is a paler lager with colors ranging from deep gold to light amber.

Helles Bock is also known as a Maibock and was traditionally brewed to be drunk in the month of May. These styles are mostly identical and like all bocks are quite malty but slightly hoppier than the traditional bock.

This beer style can be traced to 16th century Munich when the city’s council hired brewmasters from Einbeck to help improve the quality of the local beer. Examples of well-known Maibocks are Maibock Hurts Like Helles by Jack Abby and Dead Guy Ale by Rogue.

The good news is that you can brew your own Helles Bock. Getting started is easy if you already have your homebrewing equipment.

Eisbock is not easily found outside of Germany and it is easily the rarest bock. This style is made by freezing an amount of the water in a Doppelbock and skimming out that frozen water to leave behind a more concentrated beer. Removing some of the water is meant to create a beer with higher alcohol by volume level. Examples of the few Eisbocks that are imported from Germany are Schneider Weisse Aventinus and Kulmbacker Eisbock. 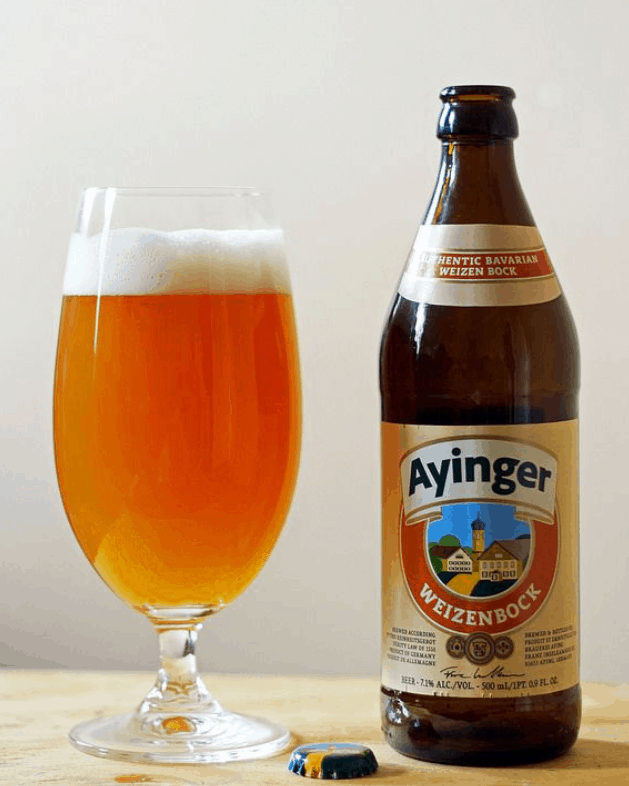 As mentioned, bock beers are brewed as lagers but there is one exception: the Weizenbock. This is the youngest member of the bock family with the first Weizenbock having been brewed in 1907.

A Weizenbock is basically a Doppelbock that is brewed with some wheat but the same ale yeast used to ferment Hefeweizen is used to give Weizenbocks distinct clove and banana flavors. Some brewers produce Weizenbocks with underlying flavors of darker fruits such as grape, raisin, and plum. Tap 6 Aventis, Glockenspiel, Thumbprint Imperial Weizen, and Vitus are just a few of the most popular Weizenbocks in the market.

There is one last member of the bock family we should mention: Dunkles Bock. This is a direct successor of the traditional bock from Einbeck. The modern Dunkles Bock has only slightly changed from the style that was brewed many centuries ago.

‘Dunkle’ means dark in German and true to their name, Dunkles Bocks boast a rich malt profile, which also contributes to this style’s dark, toasty caramel appearance. Dunkles are also not found very easily in markets outside of Germany but a few American brewers have tried their hand at this style including the New Glarus and Moeller Brew Barn breweries.

Bock Beer: As German As Beer Can Get

Germany is known for many great things, their flavorful beer being one of them. Now that you know what a bock beer is, the next time you want to have a taste of German bier, ask for a bock style. The sweet notes, strong bready malts, and tempered hoppiness will, without a doubt, keep you coming back to this welcoming style. 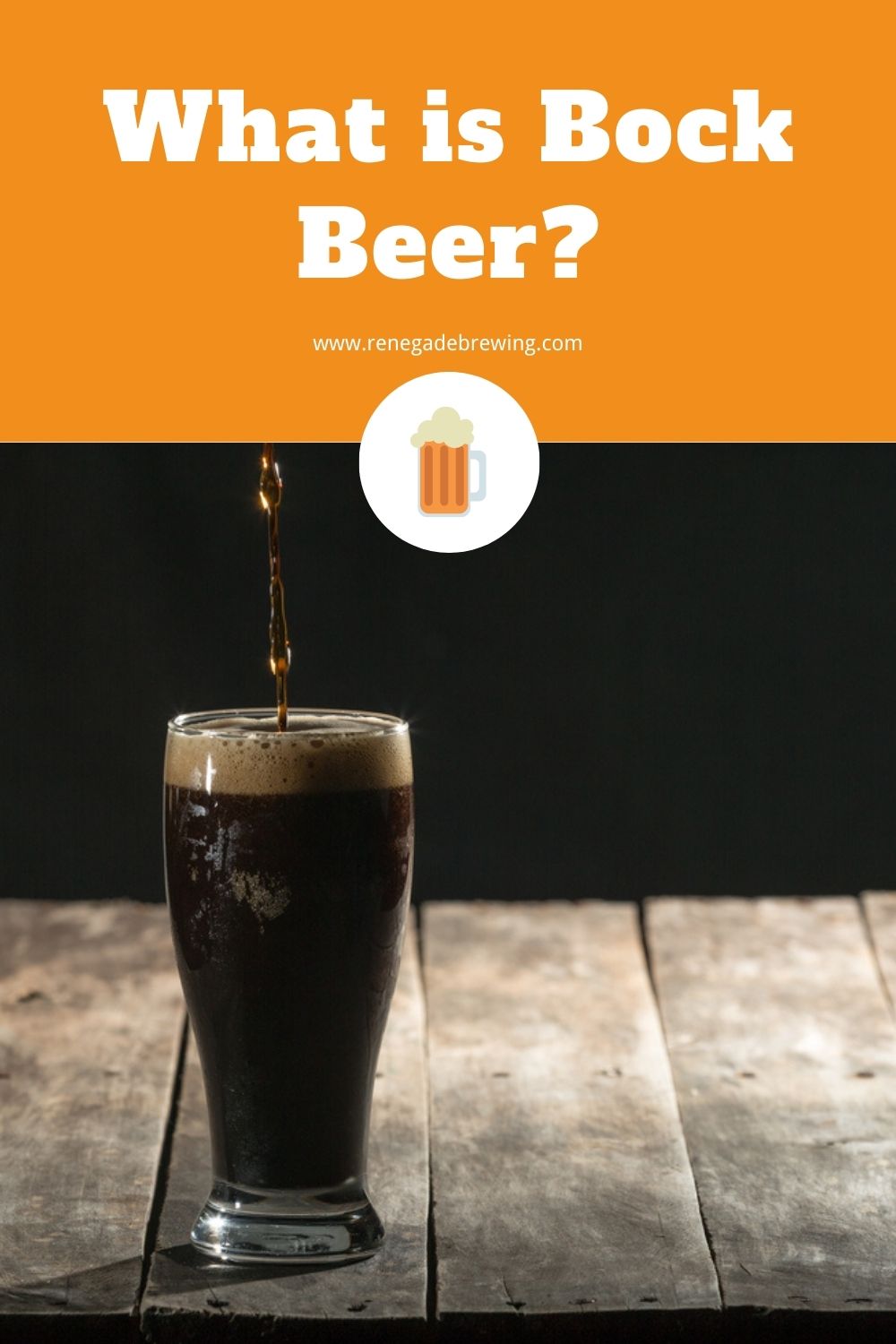 2 thoughts on “What is Bock Beer? (History, Profile & Style)”