Have you ever tried to ask your friends how much is a case of beer or how many bottles are there in a case of beer? Even though most of them drink beer and know everything about their favorite beverage, you will be probably surprised when figuring out that most people answer ‘twelve’ on instinct. 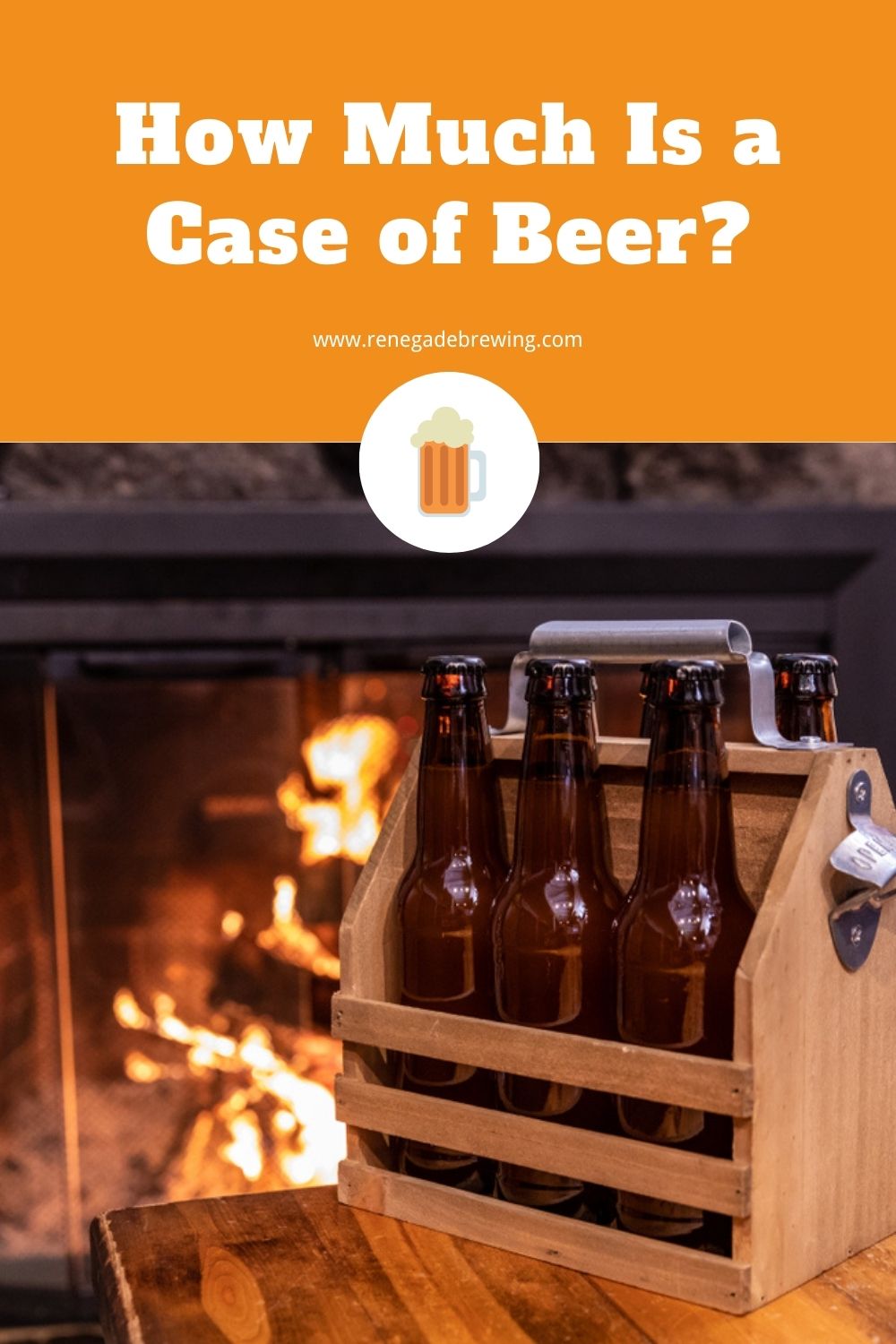 However, the standard includes packs of four, six, twelve, twenty-four, and thirty bottles or cans of 12 ounces (0.35 l). The case is a measure for 24 beer bottles or cans, while a rack includes 30 of them. Let’s see the average price for this amount of beer.

Even though the Twenty-first Amendment allowed legal beer brewing after Prohibition, many counties failed to ratify it wholly before World War II. Thanks to an aggressive campaign, beer production increased approximately 40% from 1941 and 1945, despite only a few active breweries.

In the 1970s, the craft beer movement was strong, and HR 1337 was signed into law on October 14, 1978. It legalized the small home beer or wine production for personal consumption. Since that moment, when there were only 42 breweries in the US, this number rose to 2,750 in 2012, including small, independent ones.

The Case of Beer Price

The average cost of the case of beer is significantly different, depending on the state where you live. This price changes every year, but beer is always the most expensive in the same two, including Alaska ($31.21) and Wyoming ($26.68).

You need to pay more than $21 for the case in Hawaii, Montana, and Tennessee ($22.25), Vermont, and Pennsylvania. This product’s price is above $20 in Nevada, Oregon, Washington, Maryland, and Texas.

In most states, the price of the case ranges from $16 to $19, while the cheapest packs are in Illinois, South Carolina, New York, and Rhode Island. It seems that Illinois residents are the luckiest when it comes to beer, as they need only to pay $15.20 per case.

Remember that these compared prices across the US refer to domestic beer brands but don’t include fancy craft beer, which is much more expensive. Big brewers do their best to lower the craft beer pricing, especially for the case.

The case is one of the most prevalent standards in the US, whether it is serial production or craft beer. Small breweries often offer a 6 x 4 craft beer arrangement of 16 ounces (0.5 l) at $60 to $100.

Even though a few decades passed from Prohibition and expansion in production during World War II was significant, the American beer market was in chaos in the middle of the 20th century.

The temperance movement didn’t give up quickly, and some states enforced temperance laws even after they ceased to be valid at the national level. Therefore, the history of this beloved beverage was very turbulent in those times.

In this period, the significant craft movement in the US practically didn’t exist. The primary reason was the dominance of a few companies, including Anheuser-Busch, that created a recognizable American pilsner.

The breweries number decreased in 1960. Of the 756 breweries that operated in 1933, only 230 remained in 1960. That number included only 140 independent brewers. That raised prices and negatively affected beer quality.

After the Anchor Brewing Company faced bankruptcy in 1965, Fritz Maytag bought the brewery and started the first US craft beer movement.

A chemist Joseph Owades created the first light beer in 1968 without excessive carbs and calories. The new beer was incredibly successful from the beginning, with a bright future.

Miller Lite officially launched the light beer in 1975, and other breweries started to produce similar beverages over the next few decades. The next moment in beer history made a homebrewer Jack McAuliffe when establishing the New Albion Brewing Company. That was the first true microbrewery after Prohibition.

America’s first version of German Oktoberfest was held in 1982 in Denver. It is still the biggest ticketed beer festival in this country. It was crucial for rising craft brewing in the US and renewed interest in homebrewing. That also helped in decreasing prices.

In 1982, Bert Grant started a new trend after opening the Yakima Brewing & Malting Co. This place served its own beer and food in the same space. By 1986, five new brewpubs started working in the US.

It was a period of brewing companies blooming, and they couldn’t be defined as microbreweries anymore. In 1994, 84 breweries worked in California. It was a fantastic improvement compared with 83 breweries in the whole US only ten years before.

However, they couldn’t reach the macro breweries’ production level since three of them accounted for 81% of the overall US market by the end of the century.

Microbreweries started a new strategy of competing based on beer characteristics, including new flavors. Simultaneously, imported foreign beers overwhelmed the country and accounted for 12% of the US beer market by the early 2000s.

2012 was crucial for the US beer market with one million homebrewers. Their product became legal in all states when Alabama finally legalized it. Despite the limitations in some states, craft beer is a $22 billion industry in the US nowadays.

Whenever you want to determine the average change in price paid for a particular product, including beer, you need to check the Consumer Price Index. The calculation of this statistic parameter includes price changes for each product and its averaging.

The US Bureau of Labor Statistics started to track the beer CPI in 1953. The Official Data Foundation’s calculation of inflation shows that the beer price in the US was 475.62% lower in 1953 than it was in 2018.

Some experts claim that beer has got cheaper over time, although the highest quality beer is more expensive than ever. For example, people needed to pay $0.65 for a pint in 1952. You may think it was cheap comparing the current prices, but is it true? Well, no!

Although the cost of a pint has increased over time, you can see that price has decreased after inflation-adjusting. In other words, when you adjust $0.65, you will get the equivalent cost of $5.93 today. If you know that the average price for a pint is $3.99, you can conclude that beer was quite expensive in the past.

Although it doesn’t look like that at first glance, beer is cheaper these days than ever. However, the case of beer price depends on the state where you live. It changes due to inflation, but this beverage’s cost is almost always highest in Alaska and Wyoming.

If you want to enjoy low prices for the pack, you should go to Illinois, South Carolina, New York, or Rhode Island for vacation. Cheers! 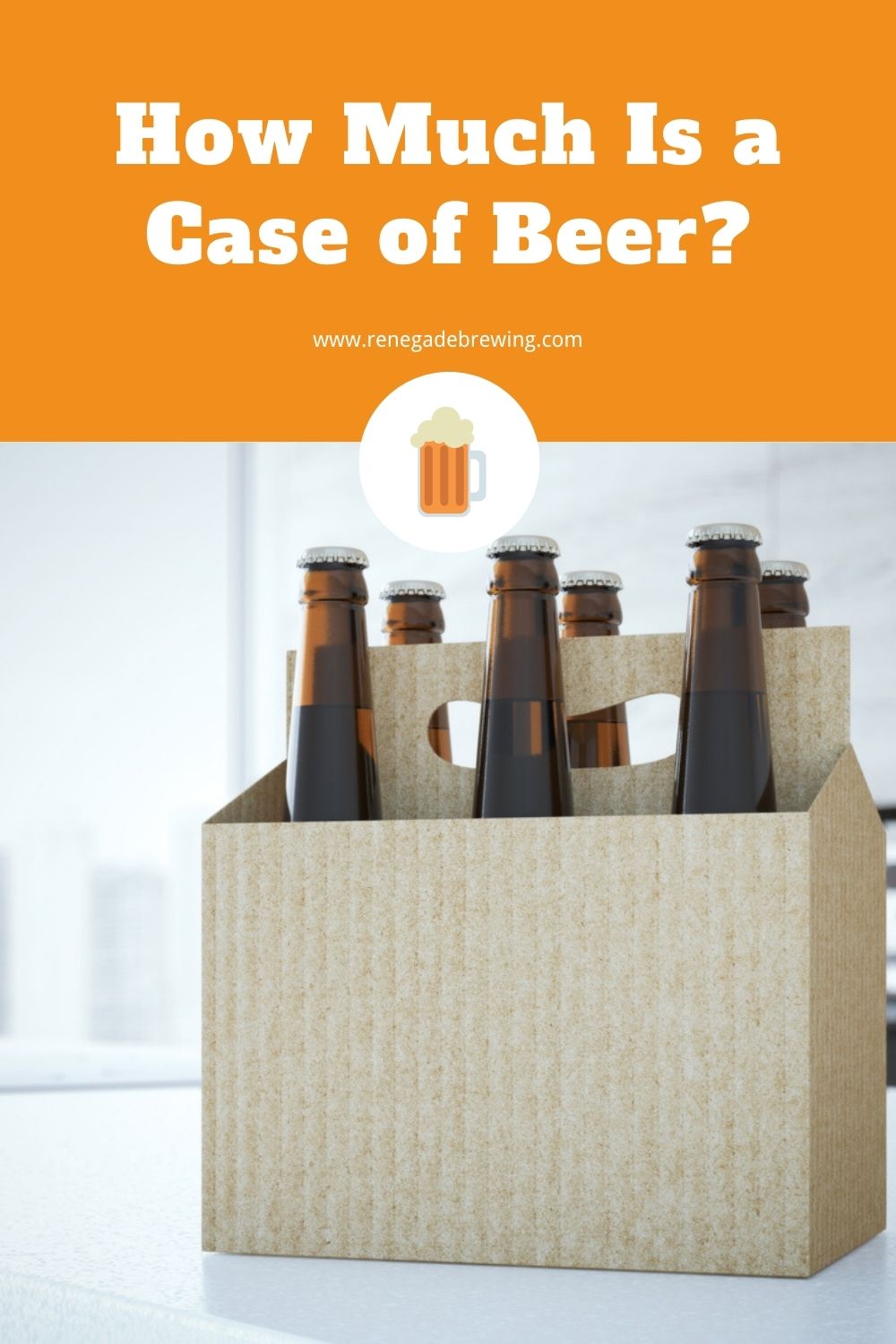