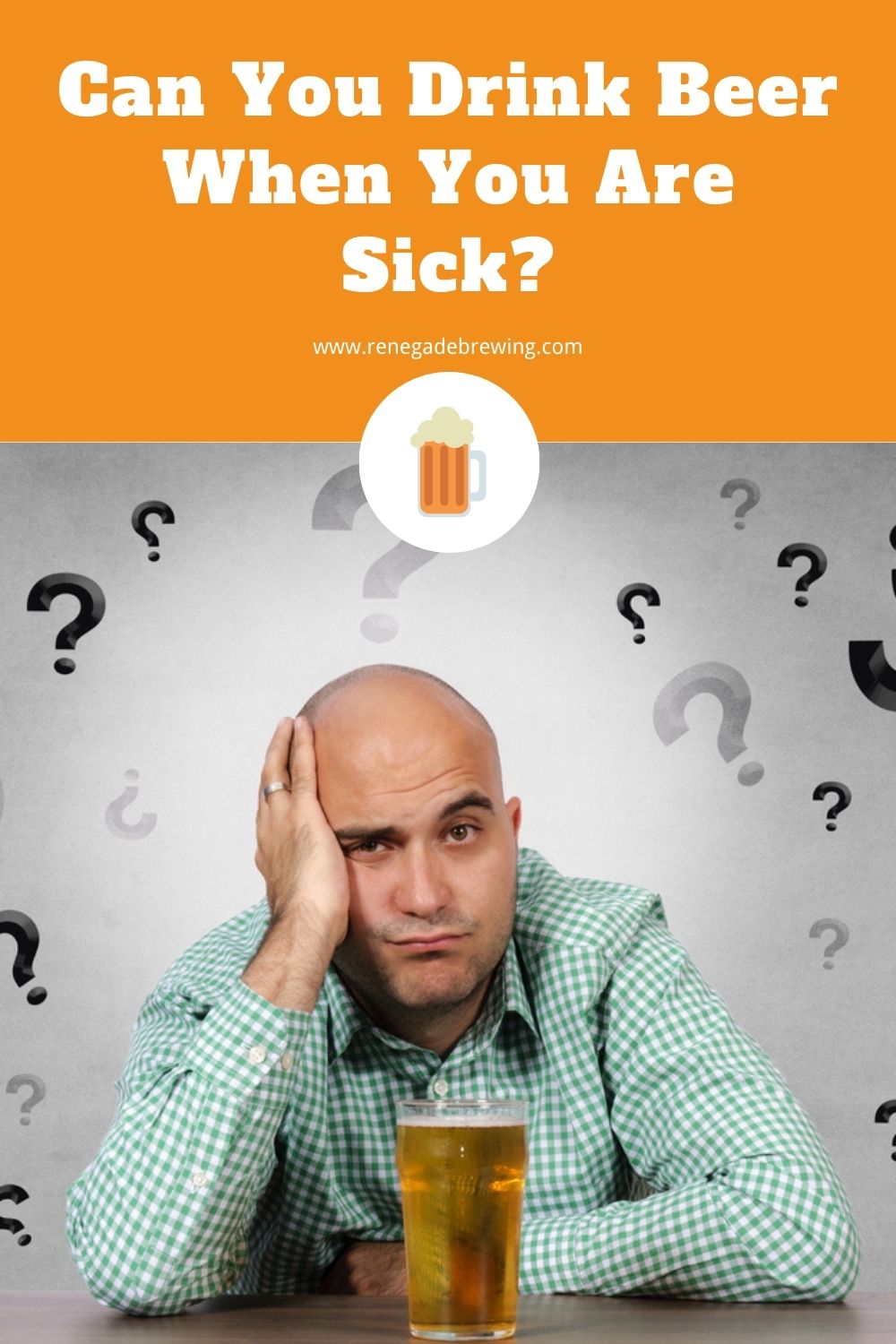 You have probably heard that a mix of whiskey, hot water, honey and a tinge of herbs and spices might help to relieve flu symptoms.

But what about good old beer? Is drinking beer when you are sick recommended? Is alcohol truly the answer when you are feeling under the weather? We did quite a bit of digging and what we found is quite interesting.

Be careful about mixing alcohol with medicine

If you are on medication, drinking beer or any other alcoholic drink is not a good idea. Alcohol often interacts negatively with medicines and it will likely make your symptoms worse.

Sipping on booze when you are sick could make you vomit, suffer from headaches, feel dizzy, or even faint. You would also be at risk of complications such as internal bleeding, liver damage, heart, and respiratory problems. Worse still, alcoholic drinks can prevent medicines from working as they should, so it might take longer to get better.

Some medicines that treat allergies, pain, cold and flu contain acetaminophen, commonly known as Tylenol. Many others contain antihistamines and when these compounds interact with alcohol, they can cause serious damage to your liver.

It is best to consult with your doctor if you are unsure whether a certain type of medicine is safe to use when combined with alcohol.

Alcohol can increase the rate of dehydration

The other problem with drinking alcohol when you are sick is that your body might end up losing more fluids. This is the last thing you want to happen when you are feeling under the weather.

Alcohol is a diuretic i.e. it is a substance that increases the passing of urine at a pretty fast rate. Alcohol is broken down in the liver and is converted into acetaldehyde, which can be harmful if it accumulates in the body.

Also, beer suppresses the production of the antidiuretic hormone known as vasopressin. This in turn causes the body to lose fluids, leading to dehydration. Illness already increases your risk for dehydration so taking alcohol while you are sick can make a bad problem worse.

Sipping on your favorite beer when you are sick might seem like the perfect way to relax and even soothe yourself to sleep. But, this isn’t the best move for your immune system.

When you are feeling unwell, your immune system is working overtime to help you heal. Adding alcohol to the mix overburdens an already weak system, which now has to fight off disease and the alcohol. The result? A slower recovery than you would have wished for.

Alcohol will not make you sleep better

There is a myth that nursing a bottle of beer will eventually help you to sleep better. After all, when you are sick, all you want to do is sleep or at least have something that will help you to snooze.

Alcohol does induce sleep in healthy people but drinking more than the standard drink right before going to bed will disrupt your deep sleep phase. The deep sleep phase, also known as rapid eye movement sleep (REM), defines the quality of our sleep.

Any disruption to REM sleep can lead to feelings of anxiety and daytime drowsiness and if you are already sick, these side effects can make you feel worse.

So, if you are nursing the common cold or any other illness, save that bottle of beer for until when you are recovered and healthy and you don’t need to use alcohol as a sleep aid.

But…the hops in beer can help stave off the common cold!

This is yet another common myth but there is some truth in there. Let’s explain why. Hops, one of the key ingredients of beer contains humulone, a chemical compound that can fight off the common cold virus.

Some people mistakenly think that because of the effects of humulone, drinking beer can keep cold and flu at bay but it is not that straightforward. The truth is, you would have to drink up to five six-packs of beer to benefit from the virus-fighting effects of humulone! That’s obviously too much beer than most people would care to drink just to get some relief from the common cold.

So, if you are sick, you probably will not feel like drinking anyway. On the upside, there are health benefits of drinking beer in moderate amounts. Let’s take a look at some of these perks.

Here are some possible benefits of beer you can enjoy when you are healthy.

Good for the heart

The wine receives a lot of praise for boosting heart health but several studies have found that moderate consumption of beer can support the production of good cholesterol and minimize the risk of cardiovascular ailments. There is also some evidence showing that moderate drinkers who have suffered a heart attack before are less likely to die from heart disease.

Lowers the risk of diabetes

Alcohol and diabetes might not seem to go hand in hand. However, there is some evidence that drinking several times a week can lower your risk for diabetes compared to those who do not drink.

Who doesn’t want stronger bones especially as we age? Well, turns out that drinking alcohol can contribute toward building bone mass and strength due to the mineral-packed silicon found in beer.

The silicon in beer also slows down the onset of cognitive diseases such as dementia and Alzheimer’s. Drinking beer in moderation also boosts the production of good cholesterol, this in turn, improves the flow of blood and oxygen to the brain.

Reduces the risk of inflammation

Inflammation is the cause of many diseases. Drank moderately, beer can reduce inflammation. In particular, hops, which is a primary ingredient of beer, has anti-inflammatory properties and can stave off the onset of diseases.

Good for the teeth

Want something to smile about? Maybe you should treat yourself to some beer. Beer has been found to block the formation of the bacteria that causes gum disease and tooth decay. Beer also prevents the proliferation of bacteria, which in turn slows down the spread of bacterial infections that could compromise your dental hygiene.

Beer might not only give you much-needed buzz; it also comes with some health benefits. But, if you are already sick, sipping on your favorite stout is not a good idea mostly because beer can overwork an already burdened immune system and therefore slow down your recovery.

Also, alcohol doesn’t mix well with most medicines and even ingesting a small amount while on meds can make things worse. If you are feeling under the weather, you are better off using this time to focus on your health and enjoy your beer once you are fully recovered. 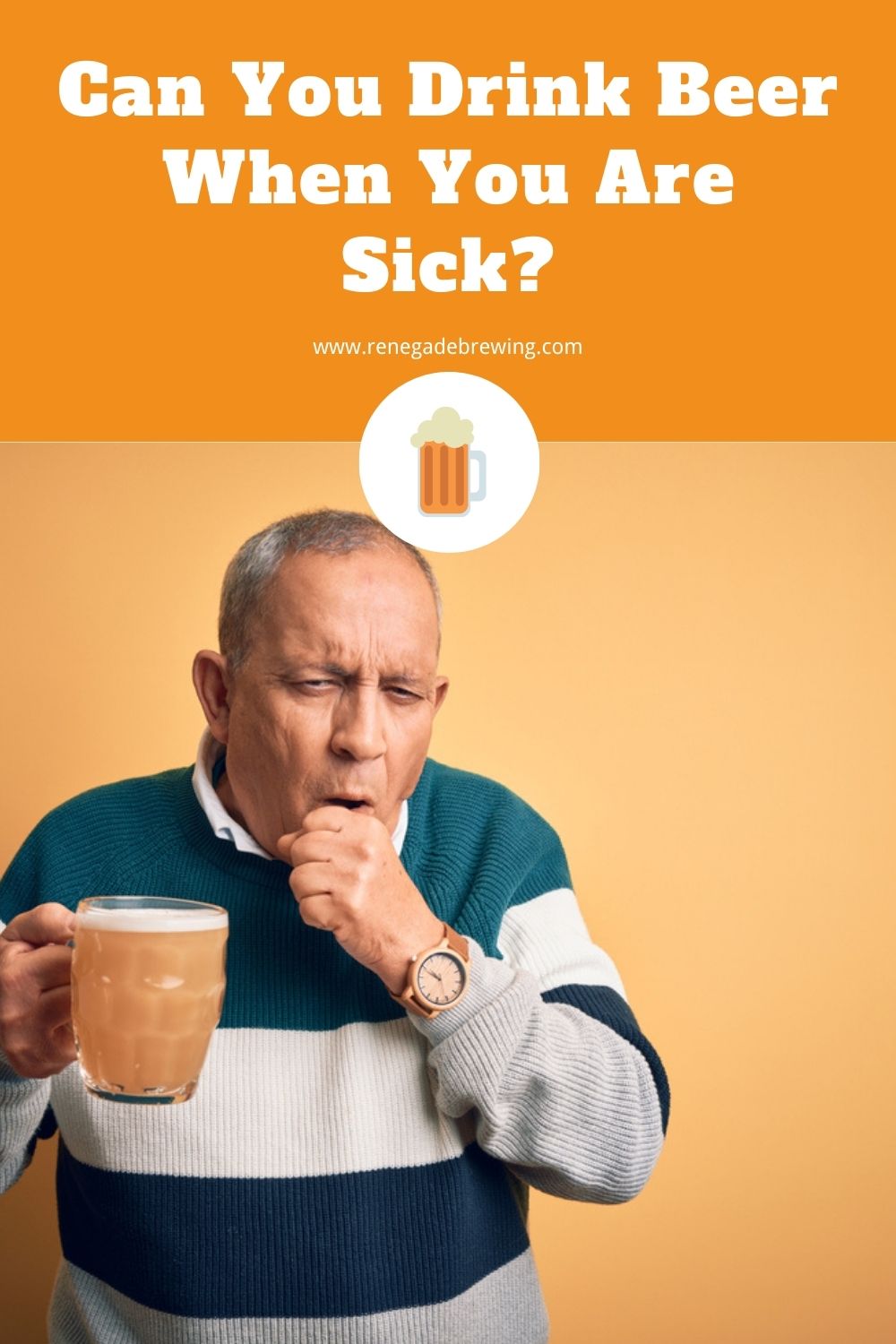 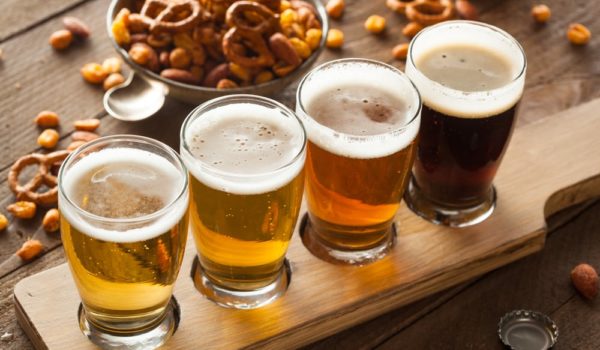