Does anyone in the world wonder what is Heineken or hasn’t heard of this beer brand? Since Gerard Adriaan Heineken created this beverage in Amsterdam in 1864, this company has owned 167 different breweries and made beer in 70 countries. 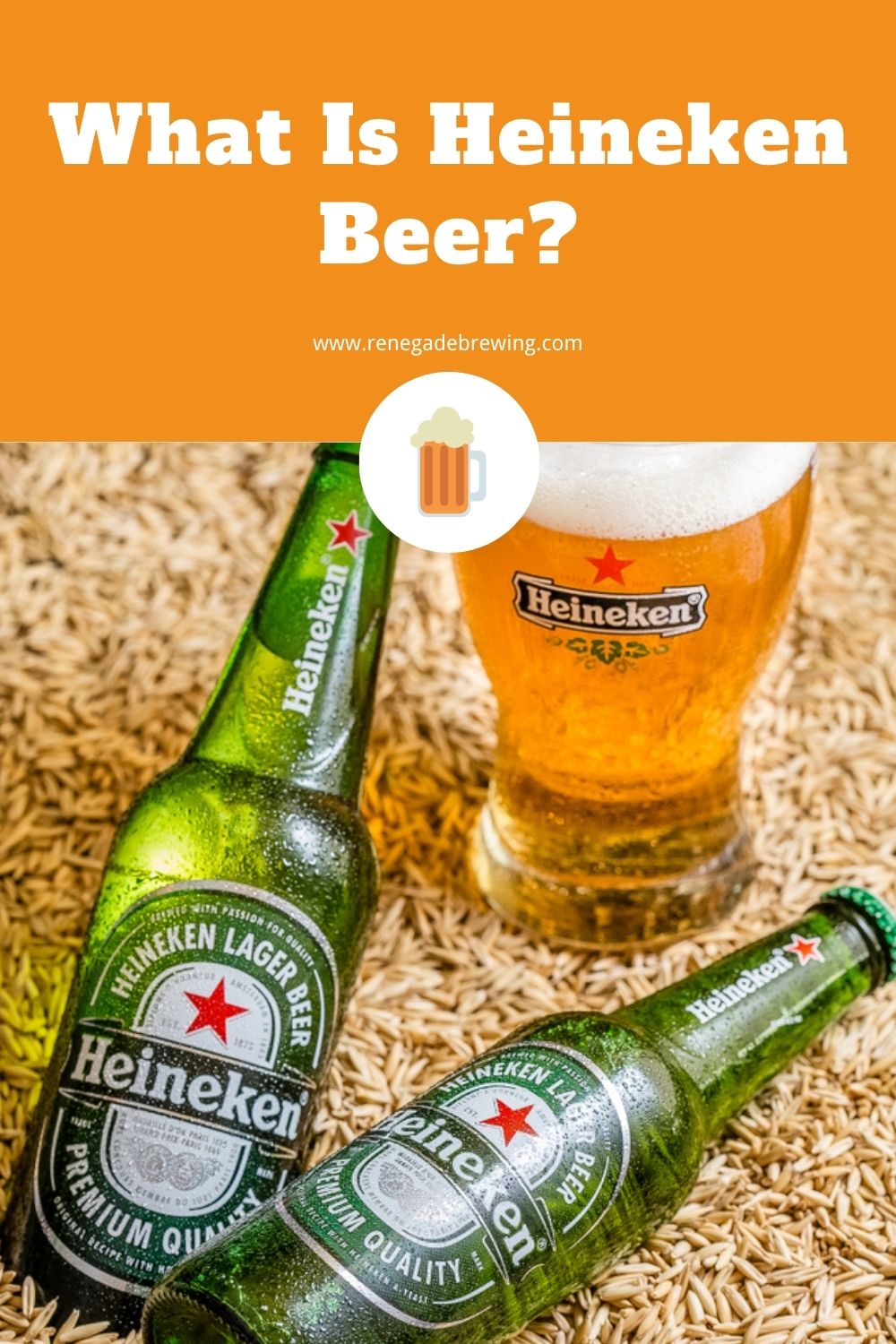 Initially, Heineken was a pale lager beer with 5% ABV (alcohol by volume). Nowadays, it produces more than 300 local, regional, and international beers, including ciders. Let’s find out why this beer has been so unique and famous all these decades.

Heineken Holding NV is a company founded in Amsterdam, Netherlands, on March 27, 1952. It produces and distributed beer and other beverage products worldwide. Their traditional beers are well-known and they stick to the proven recipes that include:

Heineken International, based in Holland, has produced this beer with 5% alcohol since 1873. The brewery used only malted barley, quality hops, special yeast, and purified water to create this beverage. It is popular in the US, Europe, and the Middle East.

This 5% ABV beer made without any additives is a product of Heineken’s Brouwerijen brewery in Holland. You can find it canned and bottled.

The company promotes this new way of beer serving. Its expert team claims that this beer type’s intense coldness drives the ultimate refreshment during hot days in summer. It is the traditional Heineken served in a frosted glass.

Heineken introduced this light beer to the US market in 2005. It contains fewer calories and carbs and only 3.2% of alcohol.

This zero-alcohol beer with only 69 calories is trendy nowadays. Its taste is unchanged, and the way of brewing is the same as with traditional Heineken. The difference is in removing alcohol and getting a beer with a malty and fruity flavor.

Not only original Heineken beers are a part of their offer. The company also produces and sells more than 300 other proprietary products under their brand name, including:

Some unique tasted beverages are also on the list of the company’s products, such as:

Gerard Adriaan Heineken was only 22 years old when he bought the Haystack (De Hooiberg) brewery in Amsterdam on February 15, 1864. In those times, Dutch breweries, which mostly made ale and porter, closing down, and this part of the industry declining.

The young brewer changed the company name to Heineken and started to make lager. Additionally, he expanded the business by buying another brewery in Rotterdam in 1874.

After chemist and Louis Pasteur student Dr. H. Elion isolated the A-yeast strain in a company laboratory in 1886, Heineken A-yeast became a base for this ultimate beer, and nothing has changed until today.

His descendants Henry Pierre, Alfred Henry, and Charlene de Carvalho-Heineken, the current CEO, created Europe’s largest multinational company based on these first breweries. Nowadays, Heineken is a synonymous with Dutch beer and the most recognizable Holland product.

This beer in green bottles is on the list of the most popular drinks ever created, and you can find it in bars worldwide. Heineken beer won a few prestigious awards for brewing in the very beginning, such as:

It started bottling the whole beer production in its brewery in 1929. That way, the company experts got total control over the brew quality and hygiene.

Heineken lager was the first European brew selling on American soil in 1933. The first Heineken pilsner shipment arrived in New York only three days after the Prohibition repealed.

The WWI and WWII period

Due to the lack of resources, brewers had to find other substitutes to produce their beverages, and the result was the occurrence of numerous beer types in the 1950s.

In the 1950s, the company began to highlight the brand instead of the beer type. As a result, the term ‘pilsner’ gave way the prominent text on the label to Heineken in 1962, while the red star became white.

The original brewery was active for more than a century and produced beer until 1988. That year, the company moved the brewing facilities on the city outskirts.

Three years later, the old headquarters in the city center became a museum, the Heineken Experience, dedicated to the company history. Nowadays, it is one of the most popular tourist attractions in the country.

Heineken expanded its beer production to other continents in 1914 and entered the Asian markets in 1929. After buying its leading competitor, Amstel, in 1968, the company started to expand the business rapidly.

The first international acquisition was in 2003 when it took over the Austria-based Brau-Beteiligungs A.G. The next one followed when the company bought Scottish and Newcastle in 2007.

That makes it the second-largest brewery globally, right after the ‘Anheuser-Busch InBev and SABMiller’ company.

Heineken is divided into large territories, including:

Each territory is divided into regional parts that cover 115 brewing plants in 65 countries. Most operating companies operate in Europe, including the only one in Holland.

The primary Heineken targets are young people from 18 to 30. The company positions its premium lager beer by sponsoring formula 1 racing and football games. The point is that there is an 80% chance that these sports’ watchers drink beer.

Among other activities, the company has been the UEFA Champions League sponsor since 1994. It was also the official beer of Major League Soccer in 2014.

It advertises its beer as a universal beverage with the appealing logo ‘Open your World.’

Heineken tapped into the zero alcohol beer market in 2017 by launching alcohol-free Heineken 0.0. ‘Now You Can’ campaign in the US primarily targeted health-conscious beer lovers.

The company decided to improve its sustainability by decreasing the carbon emissions in its breweries by 49% in the last decade. The next step was a decision to reduce the water consumption by 33%. Nowadays, they spend only 90 US gallons (3.4 hectoliters) of water to produce 26.5 US gallons (1 hectoliter) of beer.

The next goal is to get 70% of the power from renewable electric and thermal energy.

Gerard Adriaan Heineken bought the brewing company in 1864, but his grandson, Henry ‘Freddy’ Heineken, was the one who made it the big brand.

As soon as Henry became CEO, his vision was to use the original recipe, keep the beers consistent high quality, and find the best possible preservation options.

However, he also followed the trends and added new beer styles like craft beer, low-alcohol beer, alcohol-free beer, and ciders. A result was the success of his beverage. Nowadays, Heineken is:

The original Heineken brew is pale lager with 5% ABV. As I have already mentioned, the company follows tradition, and most of their beers were made of four ingredients.

Since beer consumption has dropped by 10% in Europe during the last decade, Heineken faces new challenges. We will see what surprises the company will offer to remain in the high position it has kept for more than a century and a half. 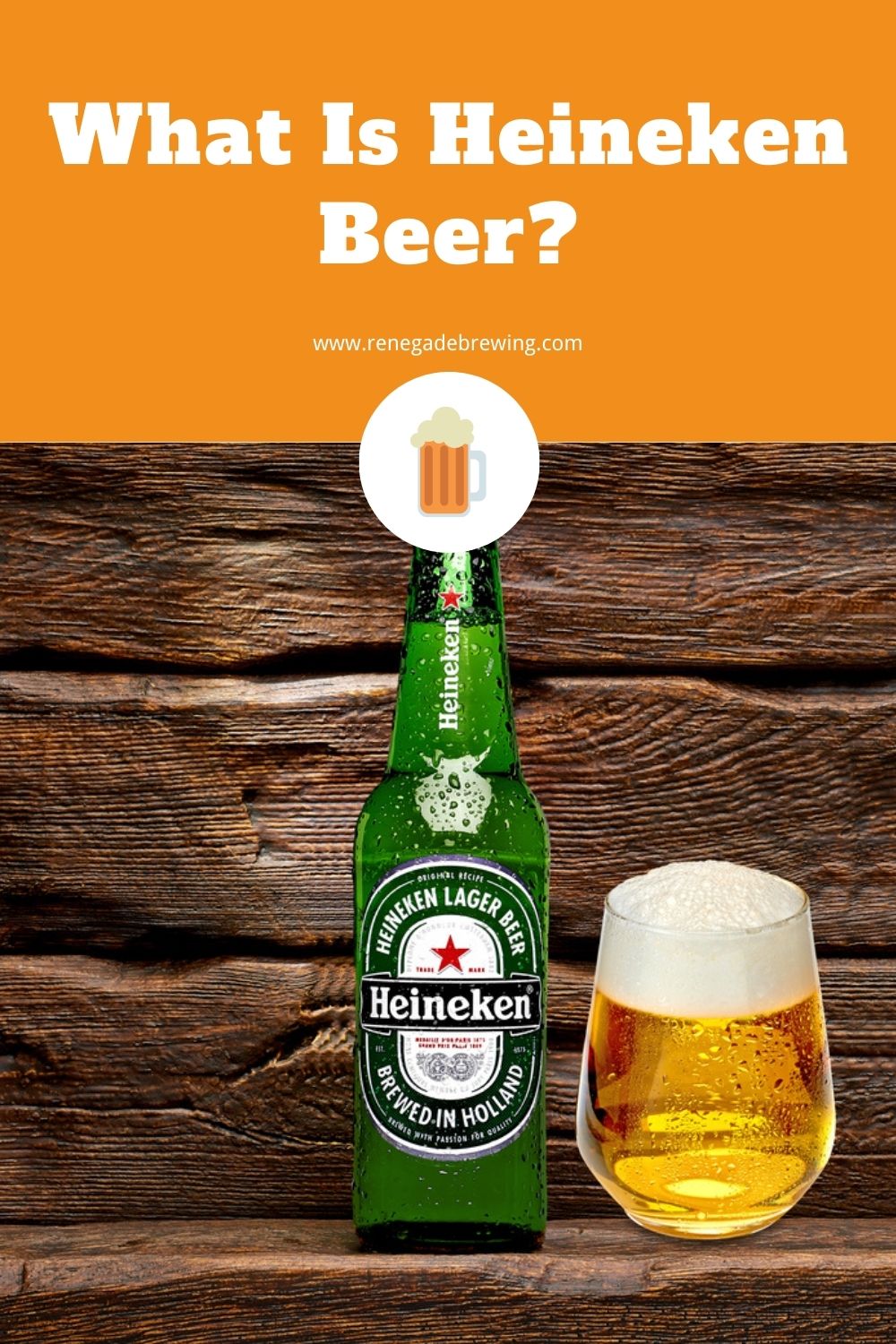 1 thought on “What Is Heineken Beer? (History, Ingredients & Style)”