Hops (Humulus lupulus) is a tall climbing plant containing oil resins and hop acids in each lupulin gland placed in a fruiting body. You should use that plant part to add bitterness, aroma, and preservative properties to your beers. 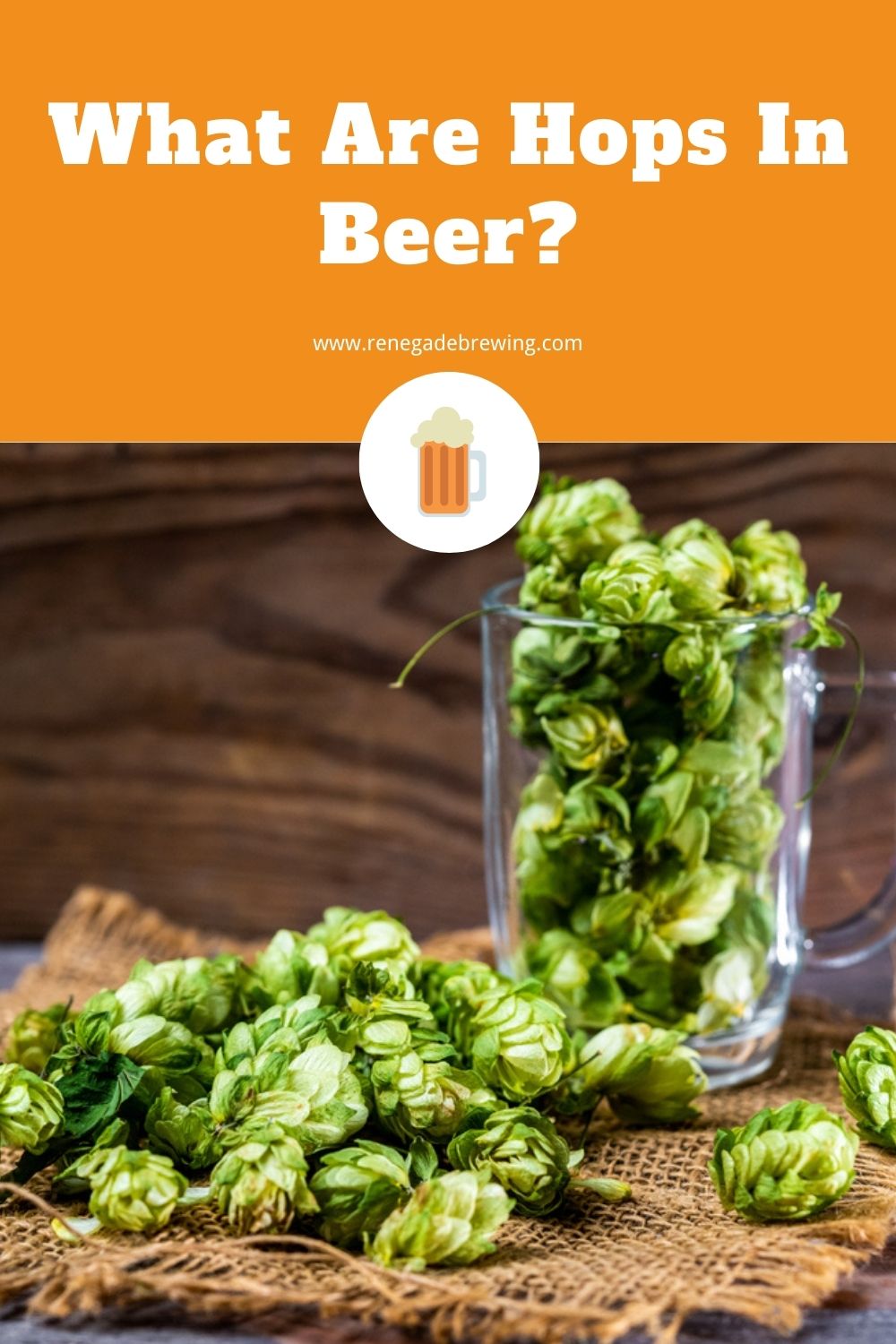 Brewers choose different hop varieties to get various beer characteristics, aromas, and flavors. The most dedicated beer lovers can differentiate beer types depending on particular hops used for their brewing. Let’s find out what are hops in beer and why they are so important.

Hops are perennial, cone-shaped flowers in wide use in brewing that affect beer characteristics, its bitter flavor, and aroma depending on the variety used.

Brewers use one of two female flower categories to reach brew aroma or bittering. Plus, these plants are vital to get stabilized foam. Hops are also crucial as preservatives, thanks to their antibacterial properties. When you add this ingredient to the beer, it won’t spoil for long.

Nowadays, you can find about 120 different hop types, including numerous experimental. Each has a unique aroma and flavor profiles, like tropical, fresh citrus, and stronger pine.

According to experts, hop varieties native to the US are naturally stronger than European. As a result, American beers are bitterer.

Nowadays, you can determine a beer IBU (International Bitterness Units). As you can guess, bitterer beers have a higher IPU value. For instance, most popular American Lagers are usually in an IBU range of 8 to 18, but you can also find a West Coast Double IPA with an IBU value above 120.

This hop type, which gives beer delicate, spicy, floral, and earthy notes, originated in central Europe, primarily the Czech Republic and Germany. Their lagers and pilsners have their typical flavor profiles thanks to the high-aroma of essential oil humulene this hop variety contains in high percentage.

Brewers describe them as spicy, licorice, herbal, floral, black pepper, and perfume. Four noble varieties with a low level of alpha acids are considered traditional, including:

This type was imported from Flanders in the 15th century because of its excellent preservative qualities that can help beer stays fresh for long. It is similar to the European type but with a more woody, spicy, fruity, and earthy character and low myrcene levels.

Brewers describe these hops as earthy, grassy, floral, herbal, and fruity. The most common types are:

Brewers will pick out this hop type to brew the following beverages:

Nowadays, these hops are not trendy because the beer containing them is too delicate.

This hop type is big, bitter, and bold, and you can find 50 different varieties available on the market. Most US brewers use them to get their bright beer with resinous, piney, and citrusy notes.

Basically, these highly aromatic plants are a signature of almost all American IPA’s, giving them recognizable aroma and bitterness. The usual description that brewers use for this hop type includes fruity, citrus, grapefruit, spicy, resinous, and piney terms. The list of the most popular American hops consists of the famous four C’s:

Many Americans enjoy beers made of four C’s, particularly:

Even though these hop types come from worldwide, all have the same tropical and citrus note. The most popular nowadays are:

Citra – This hop type with citrus, lychee, pineapple, and mango notes comes from the US.

El Dorado – It is a hop type with melon, pineapple, and stone fruit notes produced in the US.

Amarillo – This hop type with citrus and orange notes comes from the US.

Mosaic – This US hop type has passion fruit, berries, citrus, mango, and stone fruit notes, as well as a unique candy feel.

Motueka – It is a hop type with tropical and citrus notes that comes from New Zealand.

Beers with these hops are trendy, and you should try:

The list of hop types available on the global market nowadays is almost endless. Some data estimated 120 different hops cultivated for the brewing industry, but even more experimental types are currently available or will be soon.

These plants give the beer a unique aroma and flavor combination and spicy, earthy, bitter, or dry notes. Some of the most notable types are:

Why are hops added to beer

Sticky hop lupulin glands contain alpha acids responsible for the bitter beer flavor. It is necessary to boil plants to release these compounds and make them useful in brewing. Keep in mind that hops extract more bitter compounds when boiling them longer.

You can also add some hops later, depending on the result you want to reach. There are two brew types you can get:

In any case, you need to check your beer for IBU to measure the bitterness by determining acid levels in the brew.

You can choose to add hops into the beer during the boiling or at the end of this process. It will depend on the flavor you want to get. Modern brewers often add these plants to their brews throughout the brewing process, but it is not written in stone.

However, the rule of thumb is that you will get a more bitter beer without prominent flavors and aroma if you add hops at the beginning. When you do that later, the essential oil levels will be higher in the beer you prepare, and the final product will be more flavored and richer in the aroma.

What is Dry Hopping vs. Wet Hopping?

Both ways of hopping are responsible for getting the desired hoppy craft beer aromas and flavors. As I have already mentioned, it will add bitterness when added earlier in the brewing process, while later added plants will help you get a brew with a more hoppy aroma.

Only one thing is for sure. The more plants you add, the hop presence in the beer will be more robust.

It is a way of brewing when the brewer adds dry hops during fermentation or later while conditioning to get more beer aroma and flavors.

When choosing this option, the brewer adds freshly picked hops at any point of the brewing process. The catch is in the speed since hops spoil quickly. That means you need to add plants to the brew as soon as possible, preferably the same day after harvesting.

In this case, hops are never the most prominent components that affect beer flavor, but it depends on your taste and intention. If you choose this method, you should add a subtle dose of hops, resulting in complete blending with yeast and grain flavors.

However, you can also take advantage of the fresh plants and increase the hop flavor. Most brewers use pelletized hops since it is more practical for transportation and offers extended shelf life and consistent performance.

The downside of this option is the lupulin glands’ exposure to oxygen. Producers solve this problem by cooling hops after harvesting and keeping packages airtight before brewing.

Hops are plants brewers use to add desired bitterness, aroma, and typical flavors to their beers. You can add it at several points during the brewing process, depending on the characteristic you want to enhance.

You should determine the right moment after a few attempts and establish the result you like the best. The crucial thing is finding the adequate compromise between the loss of essential oils and alpha acid isomerization while brewing.