If you think of brewing beer for the first time, you will have many questions. One of them will be how long does it take to make a beer. The best answer is – it depends. There is a variety of recipes, brewing methods, and fermentation styles. 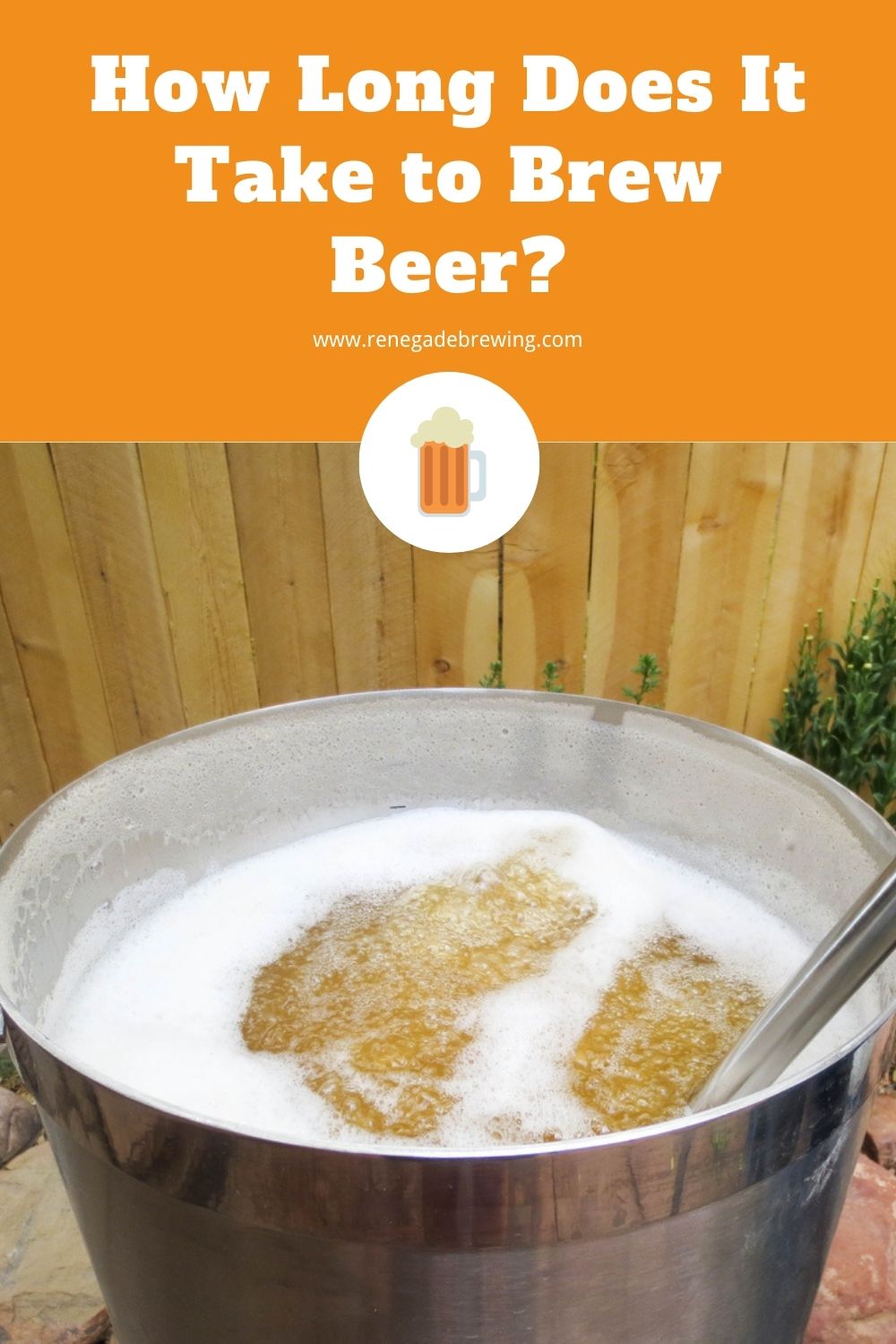 In most cases, how much time you will need also depends on the type of beer you brew. For example, the ones with a high percentage of alcohol content need more time.

You need to know that time necessary for brewing is much shorter than waiting to enjoy a glass of beer. For a start, you can prepare a batch for a mere couple of hours, but second fermentation can take weeks or even months.

Most home-brewers give their beer time to mature and reach the taste fullness. Remember that yeast takes time to convert all sugars into alcohol long after finishing the technical part of the job.

You need the proper equipment to brew a beer, including a siphon, brew pot, fermentation vessel, and airlock. Once you have all the necessities, clean them thoroughly.

The cleaning and sanitation processes take approximately one hour for an experienced brewer. However, it can take twice as much time if you are a novice. Don’t forget to disinfect additional equipment such as a wort cooler and refractometer.

Brewing a beer takes several hours, depending on the recipe and equipment you have. Every brewing phase consists of a particular task and a period of waiting for the next step. 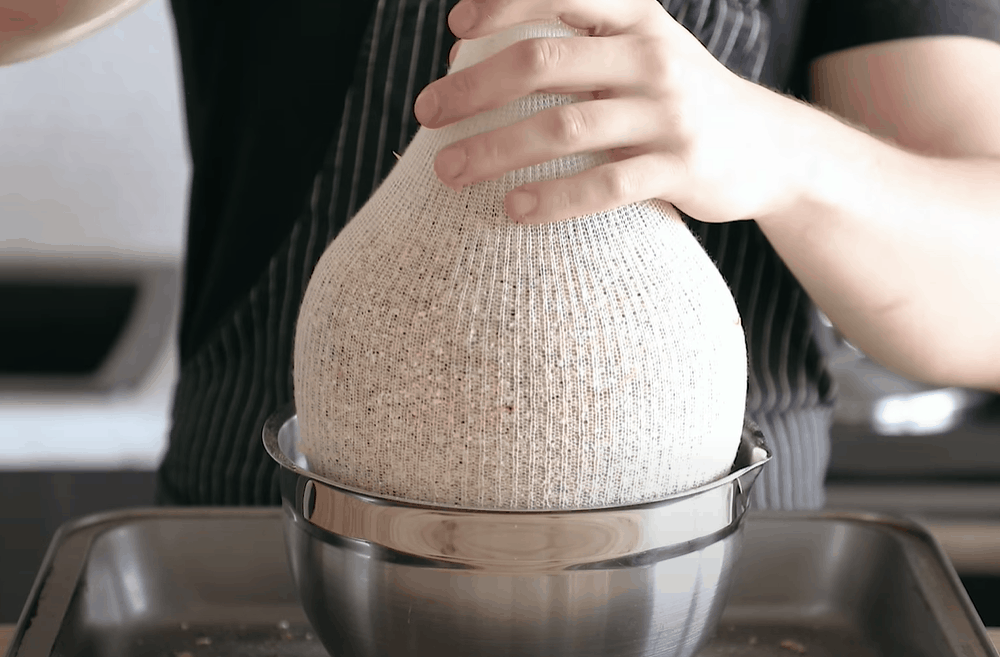 Some home-brewers skip this introductory part and go straight to boiling. Keep in mind that steeped grain gives the beer a more intense aroma. If you decide to do that, the brewing will take about an hour and a half longer than without this step.

It is necessary to warm water before soaking grain, which will take you about 40 minutes. Once your malt is in the water, wait around 45 minutes for the grains to release their enzymes. Afterward, you can move on to boiling them. 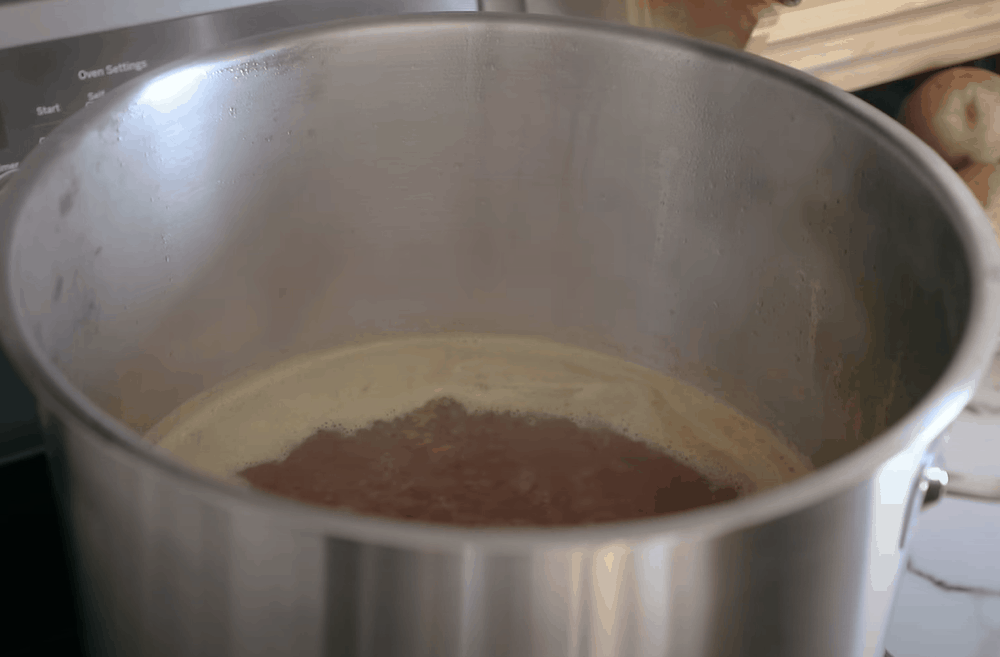 Boiling wort is a vital part of brewing beer since it determines the beer color and enhances its flavor. Different recipes suggest various pre-boiling and boiling times. Still, this phase requires around one hour for the light and low gravity beers. If you want to make Pilsner, you will extend the boiling part for another 30 minutes or so.

Remember that most brewers use a stable temperature to boil their wort. However, others choose to fluctuate it, resulting in up to four hours of prolonged boiling time. 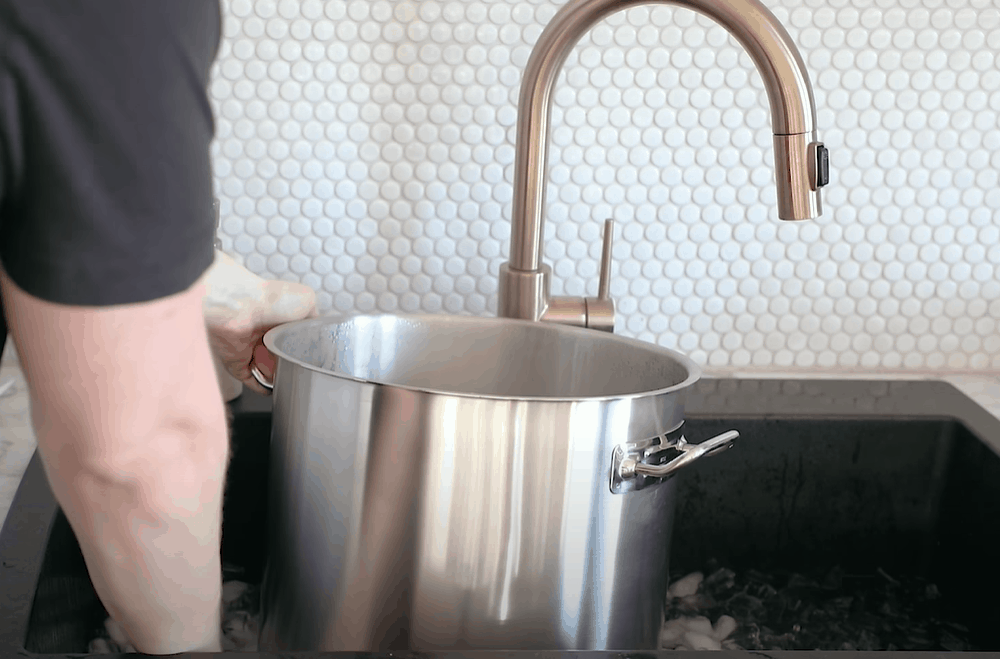 Otherwise, this process will take hours. Some small home-brewers transfer the wort to a bathtub filled with cold water and add ice occasionally. That way, you will lose precious time. 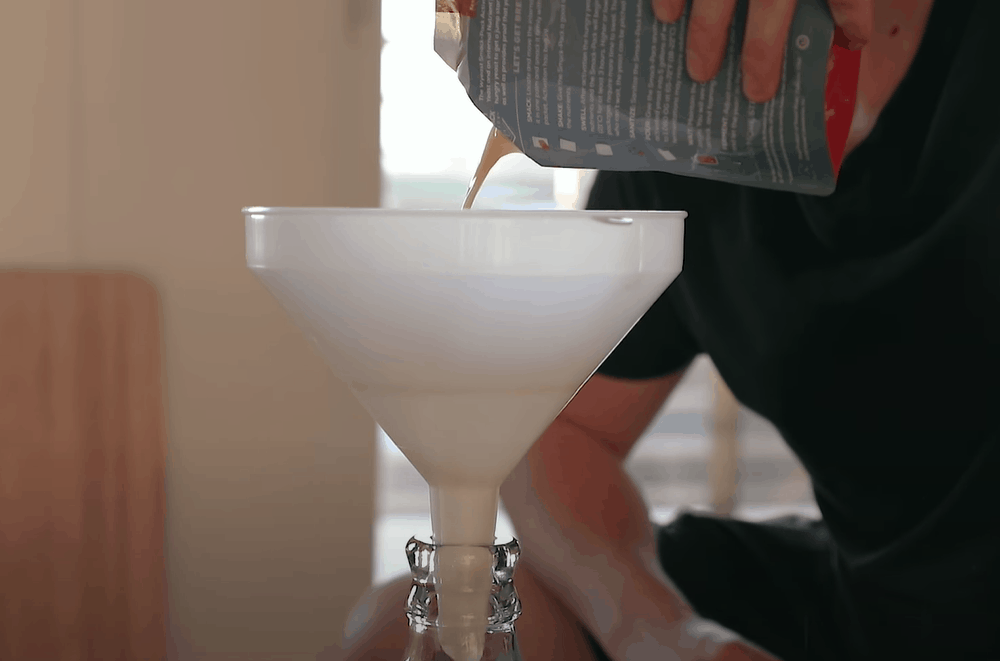 Adding yeast to the brew is the last thing you need to do until the fermentation is complete. Use the funnel to transfer the liquid from a pot to a fermenter. Don’t forget that the yeast needs oxygen to grow.

If you have an aerator device, you will aerate the wort quickly. Otherwise, stir the brew or swish the carboy while transferring the wort. The aerating process, pouring the wort from one container to the next one, and adding yeast will take about half an hour. Then, the fermentation will begin, and its duration depends on the temperature and yeast strain you use.

Fermentation is the crucial stage in beer-making that defines your product quality. This final brewing phase is a period when yeast uses sugars and turns them into alcohol. It usually lasts at least two weeks.

Besides using a hydrometer or refractometer to check brew gravity daily, you can do very little at this stage. Once you get the same measurement results two days in a row, the fermentation is over. 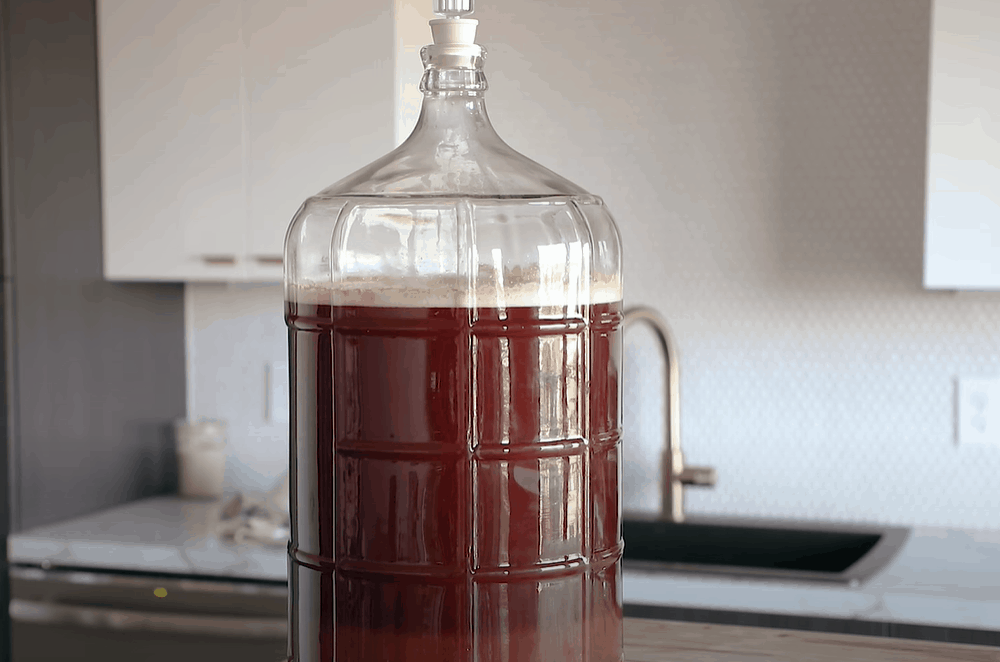 The first phase of fermentation lasts 3 to 15 hours after you add yeast. Wort rapidly absorbs oxygen, and yeast grows and multiplies. 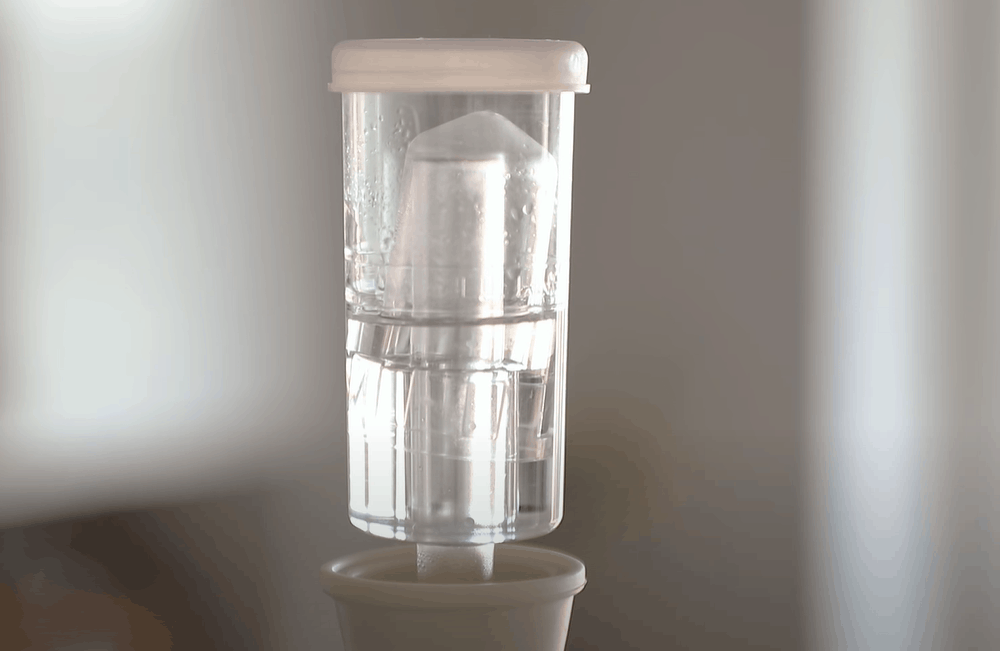 Upon the lag phase ending, yeast consumes sugars and produces alcohol and carbon dioxide. Simple sugars, such as glucose and fructose, are broken down for the next one to four days, while complex sugars, such as maltotriose, decompose last.

It is a period when you can see visible fermentation signs, such as foam on the fermenter top and bubbles in the airlock. You will also notice a pleasant aroma of beer spreading in the room during this stage. 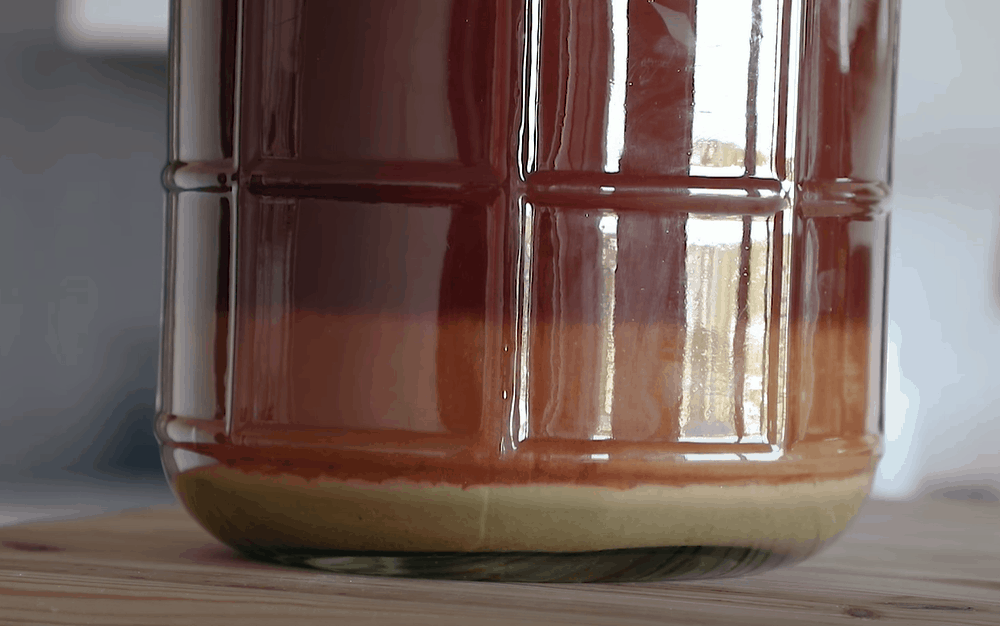 The conditioning fermentation phase will last about ten days, although it can be extended to two months for some beer types. Yeast growth will slow and flocculate, while some excess hydrogen sulfide gas escapes the fermenter.

Brewers lower the temperature to 35 to 40 F (1.7 – 4.5 C) in this stage. The beer is almost done, but some home-brewers often add additional hops at the end. 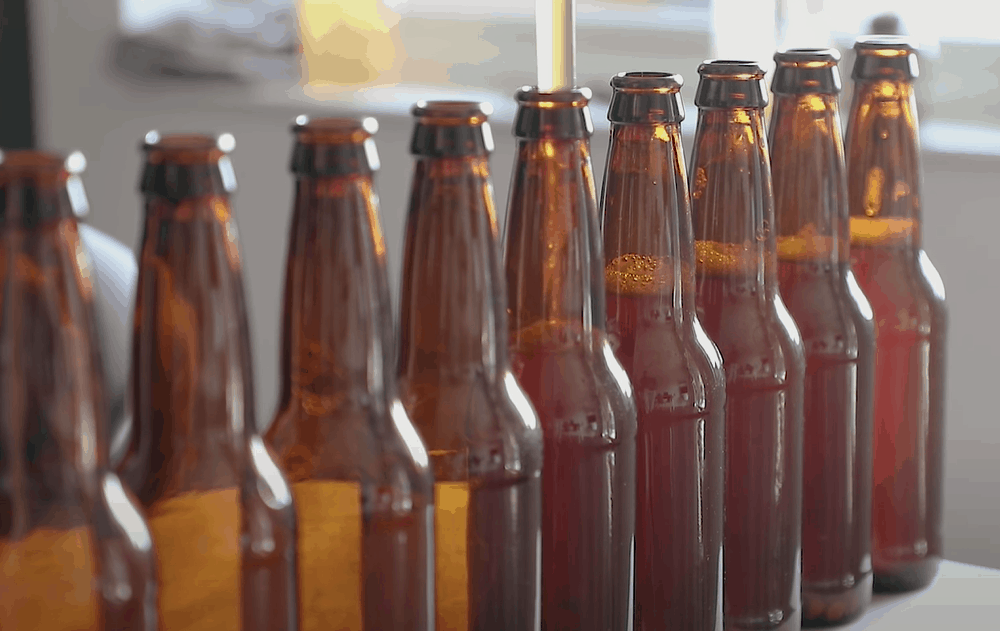 Once the fermentation is complete, you need to bottle or keg beer. Keep in mind that the carbonation process takes about four to six weeks.

If you choose to fill bottles, you should add some priming sugar to the wort. Since the kegerator does the carbonation, there is no need to add extra sugar. Store beer in a cold, dark place until consuming.

There are several various brewing methods that differ in the required equipment and duration. The most common are:

The fastest way to make beer is to skip the steeping, boil the grain for an hour, and use a wort cooler. Once the liquid is ready, pitch yeast, clean up everything and wait for the fermentation. That way, the whole process takes less than three hours.

In the opinion of most brewers, waiting for water to heat and grain extract to steep will pay off. In such a case, the whole brewing takes about four hours, but everyone can notice a difference in taste compared to non-steeped beer.

You need to set aside about six hours to prepare all-grain beer. Using the grain extract is quicker, but this way, you will have better control over the beer’s grain size, taste, and color. Plus, some brewers use extended mashing and let the grains germinate for up to two and a half hours.

Ale and lager are types of beer that are fundamentally different when it comes to fermentation. You can open your first bottle of light ale after four to six weeks. On the other hand, you need to wait up to two months to try your lager because it ferments slowly and at a lower temperature.

The fastest beer you can prepare is a light ale. It only takes two to three weeks to ferment. The maximum bottle conditioning time is four weeks.

The more amber beer stays in a bottle, the darker shade it will get. It is better to let it ferment for an extra week compared to a light ale.

Beer color is the main reason to ferment dark ale for four to six weeks. You can prolong bottling time up to eight weeks if you prefer that way.

Even the quickest prepared lager takes more time than a dark ale. You need to ferment it for at least three months, while bottling is the matter of your preference and desired taste.

You can’t rush this type of beer. Its fermentation goes somewhere about six months, with additional three to four months for bottling. Therefore, you need to wait for almost a year before trying it.

The champion of slow fermentation is a dark lager. Although the bottling time is the same as for the light lager, the fermentation process takes a minimum of ten months, often stretching out over the year.

If you want to brew high ABV (alcohol by volume) beer, you will need to wait for months or even years. Set your timer on a minimum of two weeks for primary and nine to twelve months for the secondary fermentation if you make ale beer.

In the case of brewing high-alcoholic lagers, primary fermentation lasts around three months. The second one will take more than a year before the beer is ready to be served.

It takes time to make a good beer. The brewing process itself takes several hours, depending on the recipe and equipment. However, fermentation will make you wait for your beer from a few weeks to more than a year. 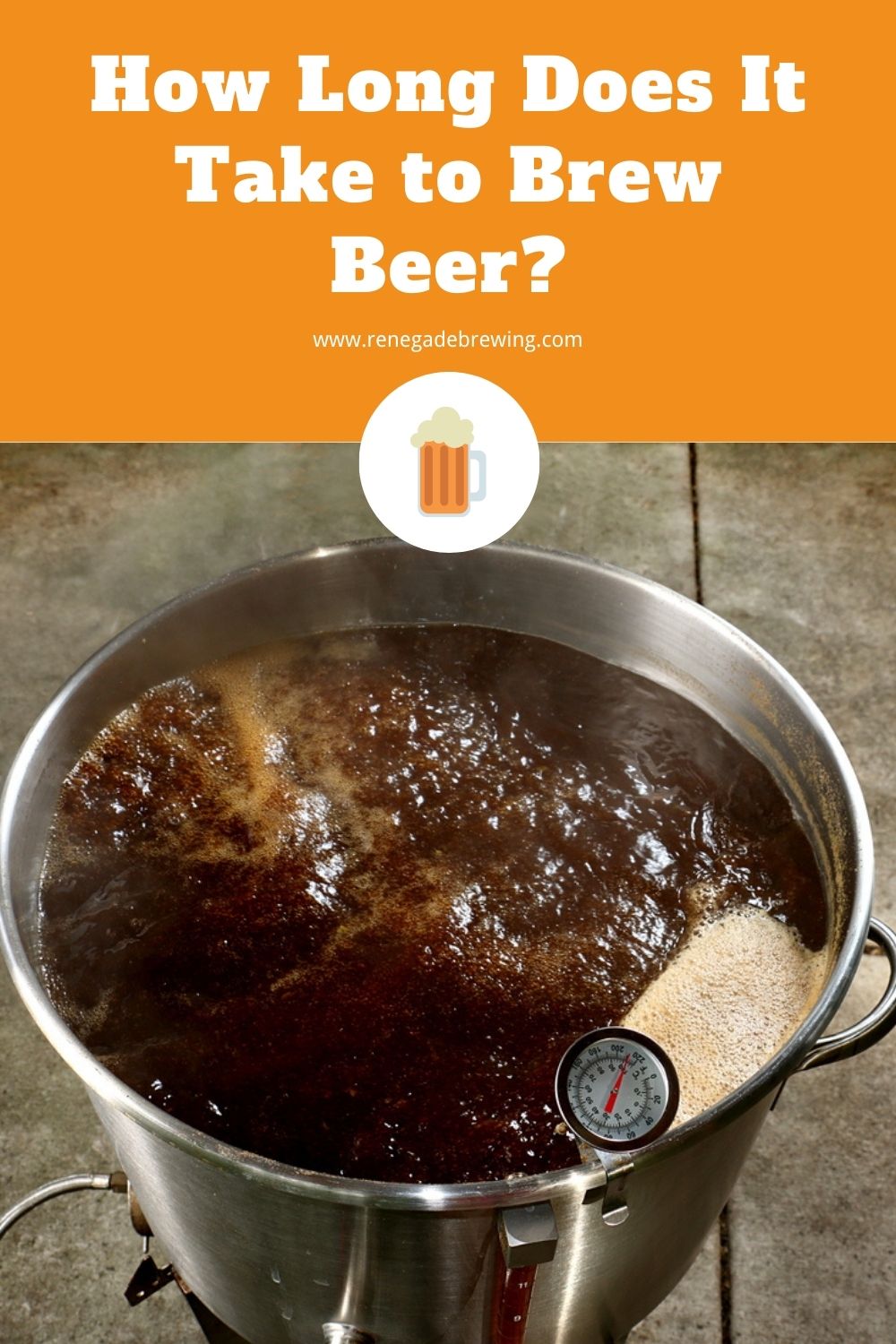 1 thought on “How Long Does It Take to Brew Beer? (Extact Time for Every Step)”