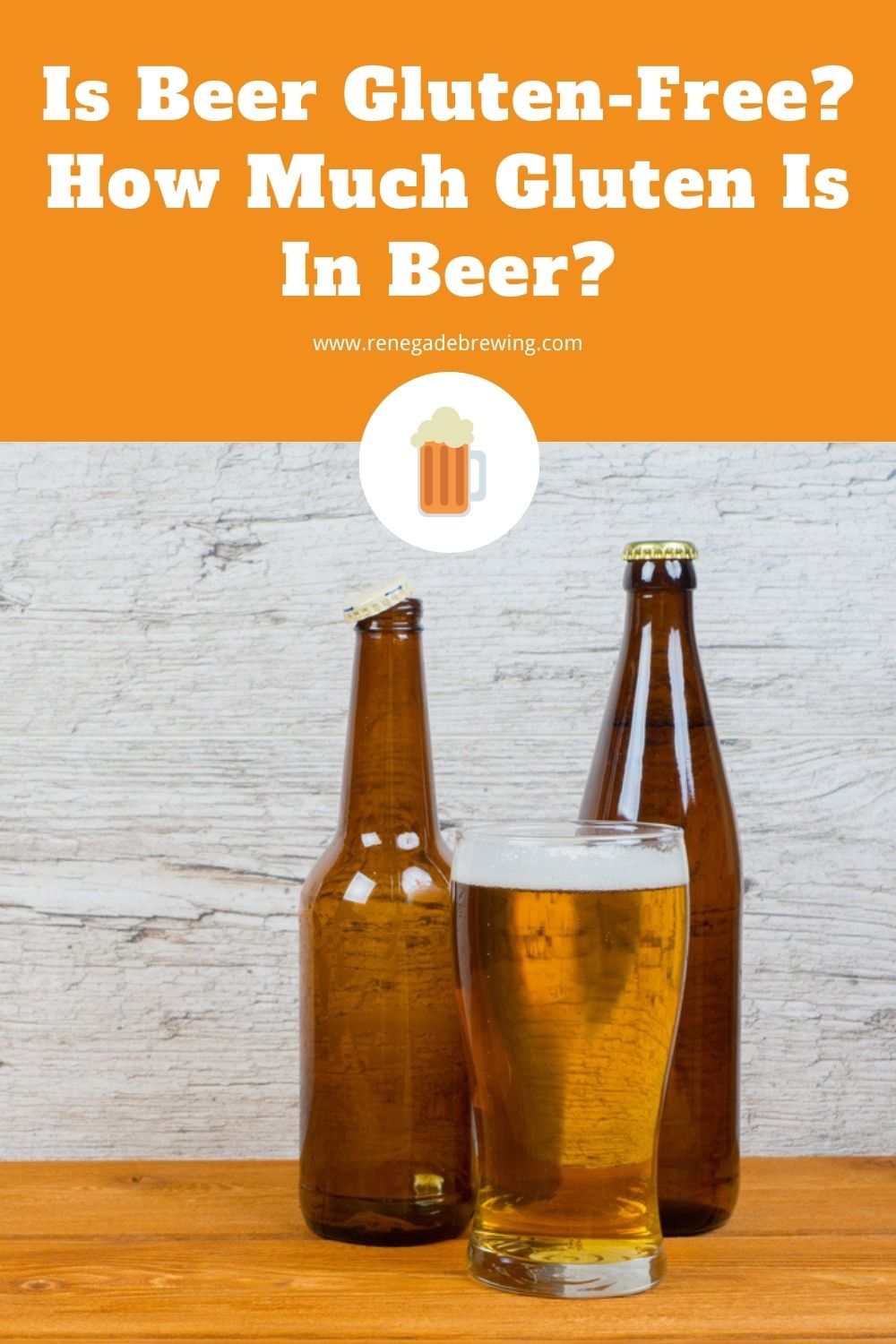 Unfortunately, like most grains, both barley and wheat contain gluten that is unsafe for Celiac disease patients. If you are one of them, you should look for an alternative gluten-free brew made with rice, millet, or sorghum. Let’s find out is beer gluten-free and how to choose the one that fits you the best.

Gluten is a protein represented in grains, such as barley, wheat, and rye. People suffering from an autoimmune condition, Celiac disease, are susceptible to gluten and react to its presence in foods and drinks.

Keep in mind that it is not the same as gluten intolerance that causes short-term discomfort without long-term damage to the patient’s body.

Commercial tests available nowadays can only detect gliadin, while others stay hidden and may cause undesired consequences.

How much gluten is in beer

As you can see, most beers available on the market nowadays contain different gluten levels. You need to be aware of that if you are gluten intolerant or have a Celiac disorder.

Only 100% dedicated gluten-free breweries can produce this beer type. The crucial thing is that gluten never enters the production line, the original recipe doesn’t include gluten, and the final product doesn’t contain ingredients like wheat for sure.

It is necessary to use only ingredients without this compound, like millet, sorghum, quinoa, and buckwheat, to get a gluten-free beer. Only the brew made that way is a safe option for patients who have Celiac Disease.

Since Celiacs can’t use products with more than 20-ppm (parts per million) gluten, such a beer is safe for almost all of them. However, it is vital to test each gluten-free beer batch and verify that it meets this requirement. When all tests are finished, the brewery can label the beer bottles as a gluten-free product.

Unfortunately, there are no too many breweries that produce nothing but gluten-free beer. There is a potential risk of cross-contamination when the manufacturer makes both regular and gluten-free beer on the same line.

To get this beer type, brewers brew beer with gluten and then reduce gluten levels by enzyme activity. For example, a brewer can make a beer with barley, wheat, or rye and add the Clarex enzyme to break down gluten proteins.

This enzyme won’t remove gluten from the brew but will decompose gluten molecules. That is an excellent way to remove this ingredient, but the downside of this process is gluten residues that enzymes can’t entirely remove.

In such a case, laboratory tests can’t detect smaller pieces left in the brew, and most manufacturers claim that obtained amino acids are too small for the body to detect them.

However, such a product is not recommended to susceptible people with Celiac disorder. The US government considered it and decided to prevent brewers from labeling these products as gluten-free.

You can find this beer type labeled as gluten-reduced, but only after passing the laboratory tests. Such a brew needs to contain less than 20-ppm gluten. Basically, this beer is different from gluten-free brew in initial ingredients and the consumer’s dietary requirements.

Keep in mind that it is currently impossible to accurately measure beer with zero ppm. In other words, FDA and TTB require that even beers labeled as gluten-free always have a warning on the packaging with a statement of impossibility of verifying the gluten levels in the final beer.

Some breweries have developed techniques to produce gluten-removed beer by reducing gluten in the traditional brew. However, you can find a few dedicated, 100% gluten-free manufacturers that found a way to prevent cross-contamination during the brewing process.

Since they don’t produce gluten products at all, their facilities are free of any possible contaminants. 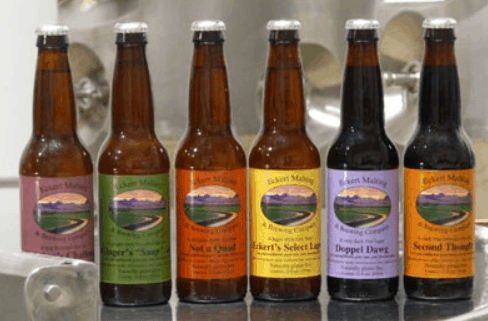 This small brewery is dedicated to gluten-free, rice-based beer production and uses rice malts exclusively to make its beverages. It has a wide distribution throughout the US and Australia. You can also visit the malthouse and tasting room within the brewery to try their amber ale and IPA. 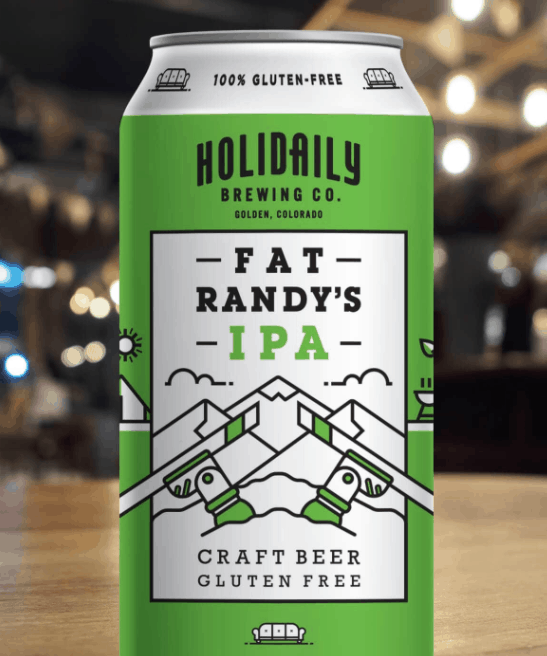 Beer produced in this brewery is an excellent option for Celiacs since it only deals in gluten-free. This manufacturer currently distributes only in Colorado, but there are plans for expansion in the future. You can enjoy nine ales on tap available with different alcohol levels, including the strongest, 10% ABV Double IPA. 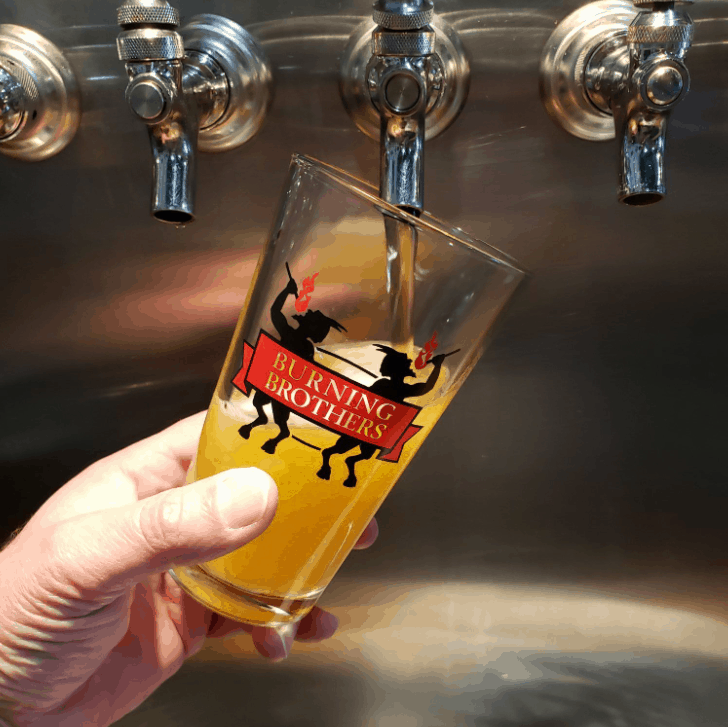 It is one of the rare breweries in the Midwest that produces 100% gluten-free brew. Brothers Dane and Thom founded it a few years old, following the unique tagline, ‘Don’t fear the beer.’ Their regular offerings cover several beer types, including Pale Ale, IPA, and Strong Coffee Ale. 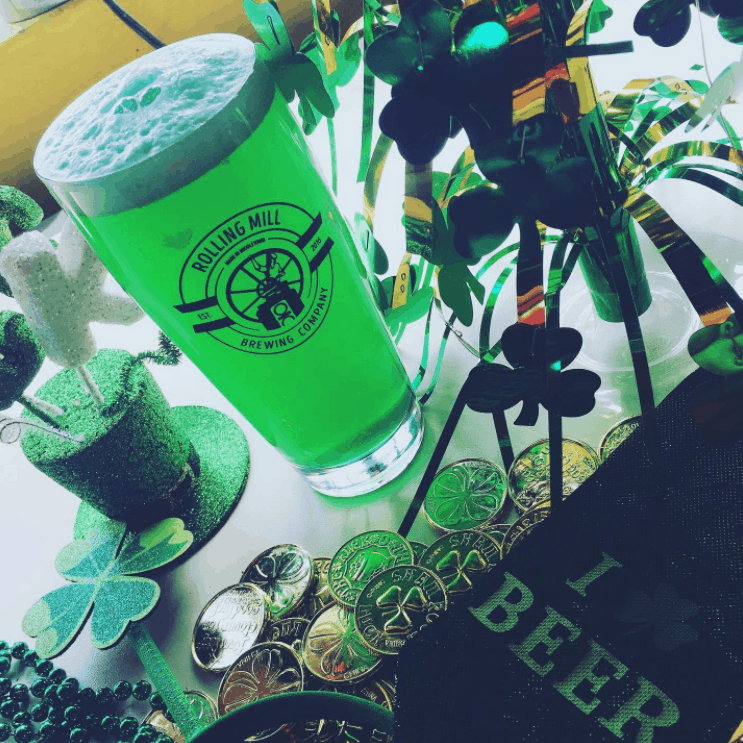 Josh and Megan Laubach founded a newbie Midwest brewery in 2011 after his Celiac Disease diagnosis. It is the first dedicated gluten-free brewery in Ohio. For now, you need to visit this place in person if you want to try their beer, but they plan to start with beer bottling and distribution. 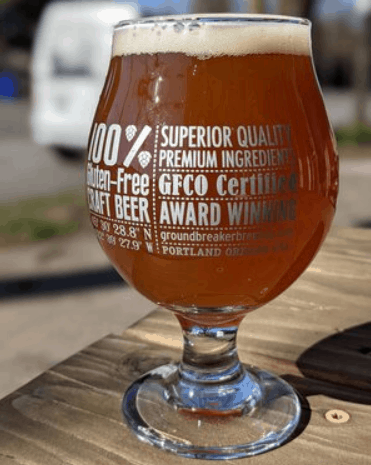 Only two breweries in Portland are dedicated gluten-free, and this is one of them. Their offer covers high-quality and delicious light and dark craft brews with a unique combination of lentils and chestnuts. If you come to their brewpub, you can enjoy gluten-free food along with a wide beer selection. 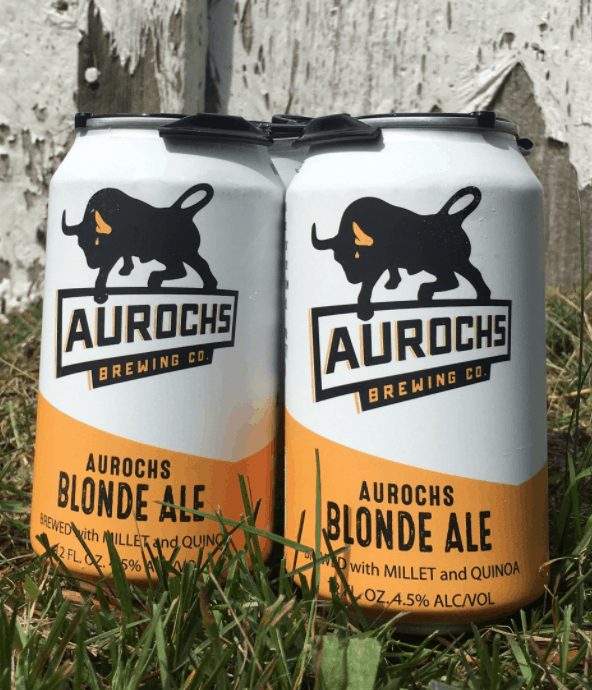 It is the first 100% gluten-free coast brewery. Two long-time friends, Ryan and Doug, have Celiac disease. They decided to organize a place that will produce beer safe for beer lovers with the same problem. Nowadays, they brew nine different beer types from ancient gluten-free grains. 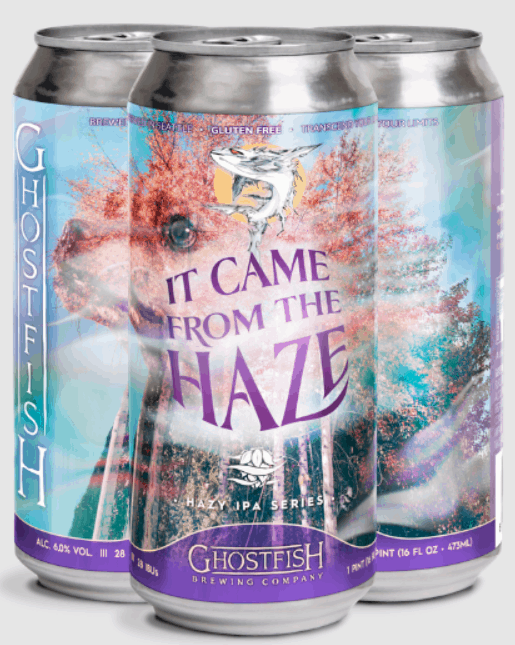 This brewery serves gluten-free Pale Ale and Imperial IPA and delicious food without this ingredient in its own brewpub. This place often offers a limited edition of seasonal beers and even small-batches occasionally. 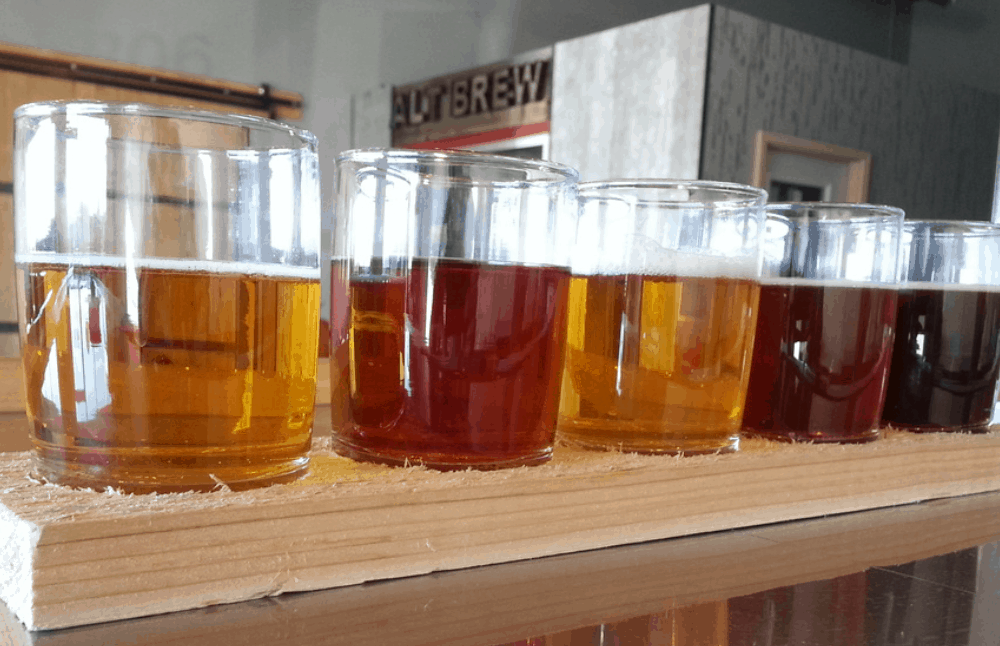 Some big beer brands didn’t succumb to the new fashion and still refuse to include gluten-free brew into their offer.

Heineken 0.0 is a beer containing less than recommended 20-ppm gluten, and it is considered a gluten-free product even though some experts question that. The company doesn’t plan to open a plant to produce 100% gluten-free beer for now.

This brewery uses only barley for making their brew, and it is not a gluten-free beverage since these grains contain a gluten-like molecule hordein. It won’t necessarily trigger symptoms, but it is up to you to decide if you want to take your chances.

This company doesn’t produce gluten-free beer, and there is no indication that this will change soon.

Nowadays, many people look for alcohol-free beer, and those suffering from Celiac disorder need a gluten-free beverage. You can guess that there is a need for a brew that includes both options.

Many brewers accepted a challenge and started creating beers low in gluten. As a result, you can find refreshing golden ales, bitter IPAs, and citrusy witbiers on the current market. There are also creative options like hard ciders, pure distilled liquors, and fermented fruit juice beverages.

How to Brew Gluten-free Beer

Nowadays, the demand for gluten-free beer is exceptionally high because more and more people are sensitive to this ingredient or suffer from Celiac disease. Many enterprising craft brewers have decided to start producing this beer type.

However, you should always check the label before buying a bottle. Only beers produced in dedicated gluten-free breweries are entirely safe to consume if you are intolerant to gluten. 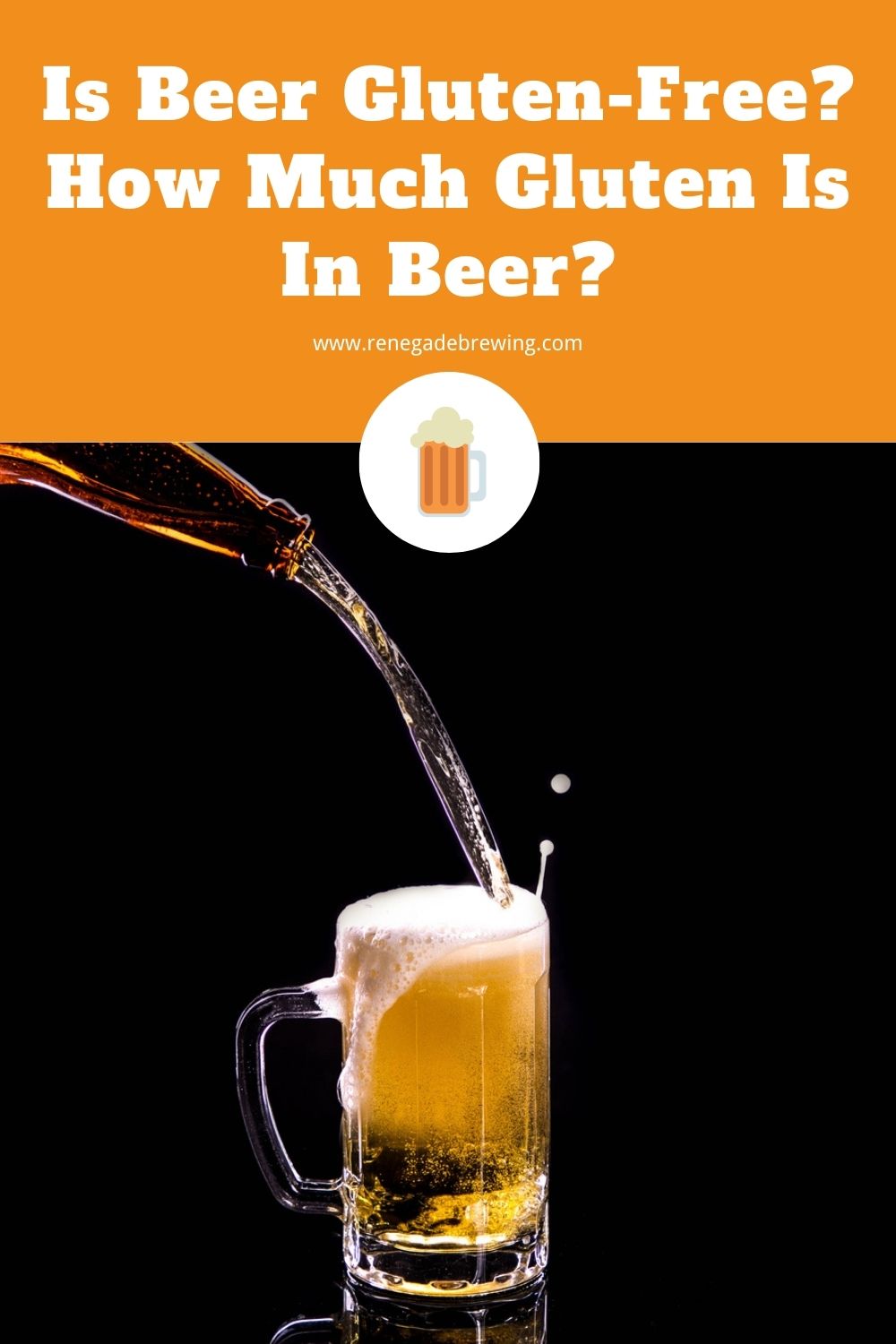