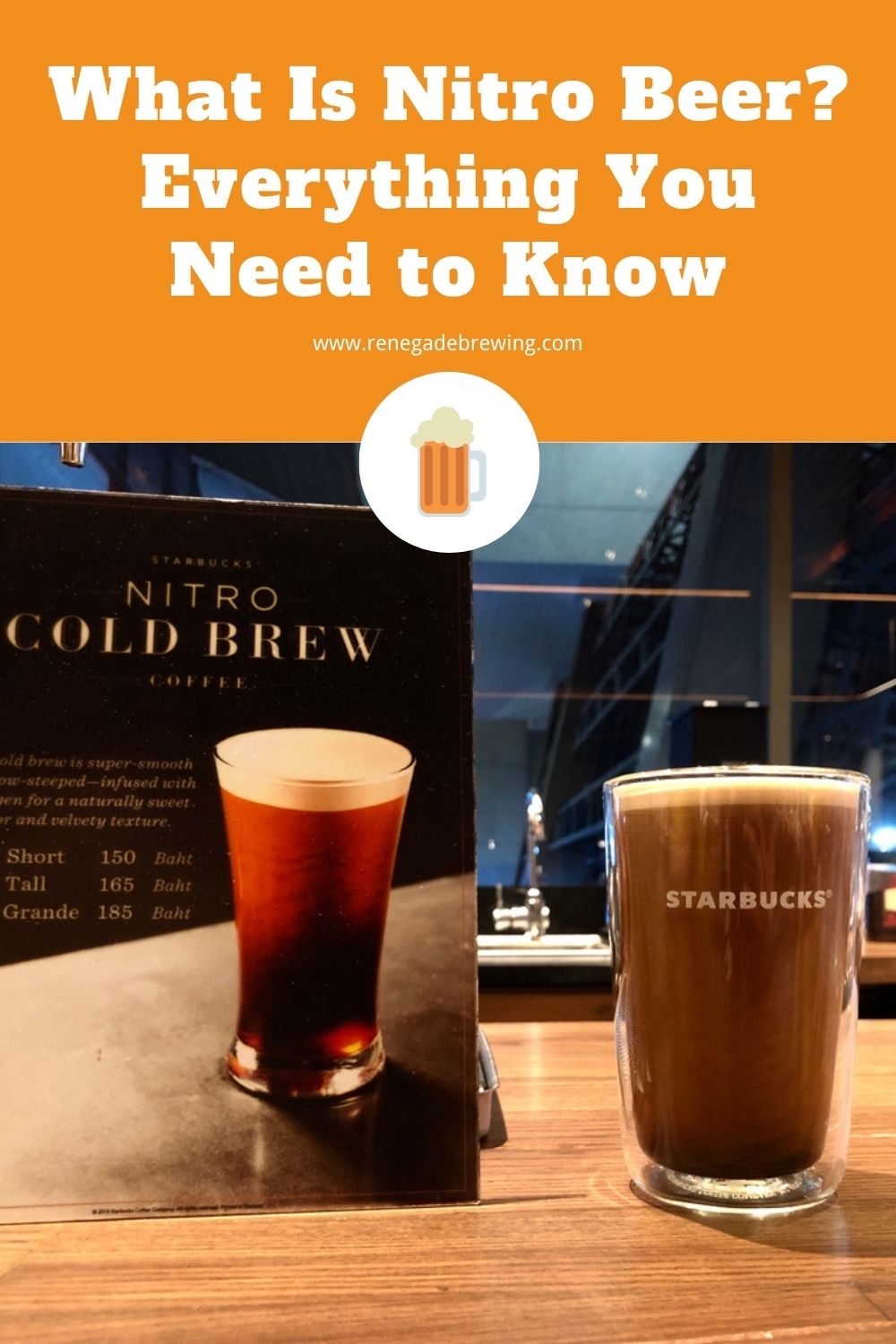 Nitro (nitrogenated) beer was trendy many times in its history. Even in a period when it wasn’t in focus, it stayed a significant part of drinking culture. The secret is in nitrogen that brewers infused in their brews, making the cascading effect while pouring it from a nitro tap quite romantic.

Basically, Guinness started this trend more than half a century ago, and this particular beer has become an influential style over the years. Let’s take a closer look and define what is nitro beer exactly.

What Is Nitro Beer?

Nitro beer is quite trendy these days, and both craft brewers and mass producers try to offer at least one nitrogen-infused beer type. The question is there any advantage of using nitrogen gas instead of carbon dioxide.

It is hard to say and depends on your preferences. Guinness was the first that experimented with this brew type in 1959 in an attempt to mimic hand-pulled beer. This company was interested in giving nitro beer silky and creamy flavor and unchanged consistency. The secret is in profuse bubbles that insoluble nitrogen creates and provides a smooth brew texture.

With advanced brewing and packaging technologies, bottled and canned nitro beer has become more accessible. You can see that most brewing companies explore the way nitrogen gas fits a variety of beer styles.

Besides dark stout, you can now taste nitrogen IPA, amber ale, and even fruit beer with an improved mouth-feel. Unfortunately, most citrusy, floral, and hoppy nitro-infused beers have lost more quality than they gained.

Stable and inert nitrogen looked like a perfect dispensing gas, but there was a problem with the technical hurdles. Once it was solved, the new beer type became a great success.

Keep in mind that introducing nitrogen into a brew is a delicate science. Guinness has spent two decades attempting to find out how to pour Guinness Draught into a bottle and get the same nitro experience you can get in a pub.

Until the 1980s, beer lovers could drink nitro-beer only on draft. Still, Guinness revolutionized the industry one more time after discovered a way to dispense nitrogen into beer bottles and cans under high pressure.

At first, they tried a creamer that injected nitrogen into their brew. Unfortunately, this device was too bulky, and the result wasn’t satisfying. In 1988, brewers developed a nitrogen-filled capsule, a widget. Thanks to this device, Guinness won the Queen’s Award for Technological Achievement three years later.

On the other hand, the Left Hand Brewing Company relied on physics when starting bottling Milk Stout Nitro in 2011. If you want to get the best result, you need to activate the nitrogen by hard pouring their stout out of the bottle.

That means you should hold the bottle at about a 45-degree angle to your beer glass. As soon as you fill the glass halfway, you need to shift the angle to 90 degrees. Gushing beer out will make a cascade and allow the mixing of beer and gas.

Nitrogen is colorless, tasteless, and odorless gas and the most abundant element in Earth’s atmosphere. In brewing, this gas is a relative novelty that makes beer creamy and specifically flavored.

Nitro beer contains 70% nitrogen and 30% carbon dioxide, generating cascading effects and smooth carbonation you can’t develop in regular carbon dioxide beer. The cascade appears while nitrogen bubbles sliding down the glass. In the end, they leave a fluffy, white head at the top after shooting up through the middle.

Beer produced that way is more visually appealing and tastier. It is astonishing visual effects that will make you enjoy both beer flavor and a unique experience.

The secret is in nitrogen properties. Since this gas is insoluble in liquid, you need to keep it cold and under pressure to force it to dissolve in beer. There are two options to reach this high pressure and nitrogenize brew:

As I have already mentioned, Guinness reached that effect in a packaged product by placing a widget into the cans and bottles. Infused liquid nitrogen rushes into the device and stays pressurized inside the packaging. Once you open the bottle, the pressure will drop, and the gas escapes from the widget.

On the other hand, some brewers dose their brew on the packaging lines and don’t use widgets. When you pop open the can, it will be enough to hard pour the beverage to get lush nitro beer in a glass.

Left Hand organized a Nitro Fest in 2014 and invited American breweries to join and pour their nitro brews alongside entertainment shows.

Even Dogfish Head Brewing, which doesn’t force beer nitrogenization, decided to craft small-batch brews and bring its product to the festival.

Thanks to a few vital advantages, it seems that the bright future waits for beer-lovers to discover the new exciting taste. For instance, the unique malt flavor and creaminess you can feel after dosing liquid nitrogen make this beer a premium choice.

Additionally, liquid nitrogen can be an excellent packaging solution for brewers to extend the beer shelf life. There is one more thing. Nitrogen can solve the problem with potential CO2 shortages many brewers have talked about.

Nowadays, more craft breweries in the US add nitrogen to their beers. Since last year, you can enjoy the first-ever canned nitro beer produced by Rhinegeist Brewery from Cincinnati. This company created a Gose beer Cobbstopper with vanilla, peach, and lactose.

Even though this brew type has not been massively accepted yet, the new trend of offering American-made nitro beers in American brewpubs occurs. Once the craft beer bars solve the technical problem with installing independent nitro taps, you will be able to drink real stuff whenever you want.

Since it is the first nitro beer appearing on the market, it is undeniably considered the king of all nitro brews available nowadays. Besides serving on the tap, you can also find canned and bottled Guinness thanks to the device this company invented.

The brewery is well known for its mildly bitter and slightly sweet opaque stouts. Therefore, the decision to release an IPA in 2015 was a huge surprise. The nitro IPA with 6% ABV is mild, smooth, and with a pronounced bitterness at the finish. 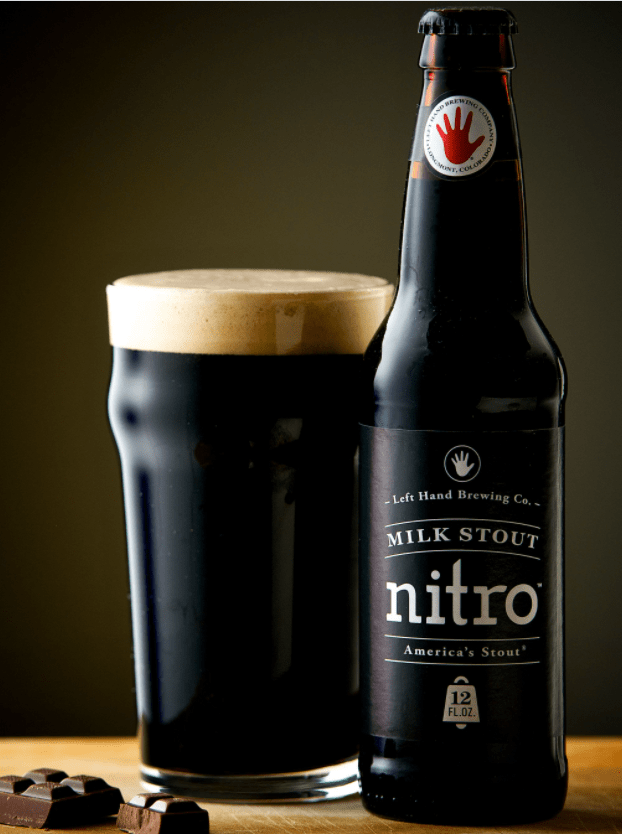 If you want to see the difference between a regular and nitro beer, you should simultaneously try both Milk Stout varieties this brewery produces. It is an excellent way to feel it.

Budweiser produced a nitrogen-infused lager with 5% ABV, which will enchant you with its toasted caramel malt notes. The exciting part is that you need to shake the can of 12 ounces (0.35 l) the recommended three times before pouring beer down the middle of the glass. 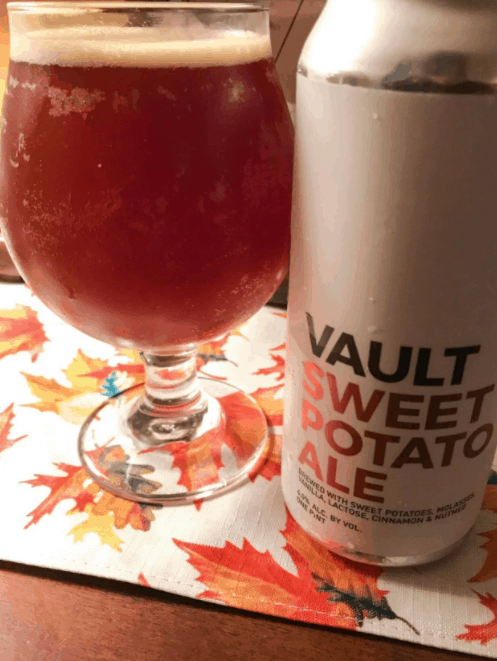 A result of this cooperation is Sweet Potato Ale made of roasted sweet potatoes, molasses, Madagascar vanilla, nutmeg, milk sugar, and cinnamon. Adding nitrogen provides a warming creaminess and makes this beverage an absolute autumn pleasure. 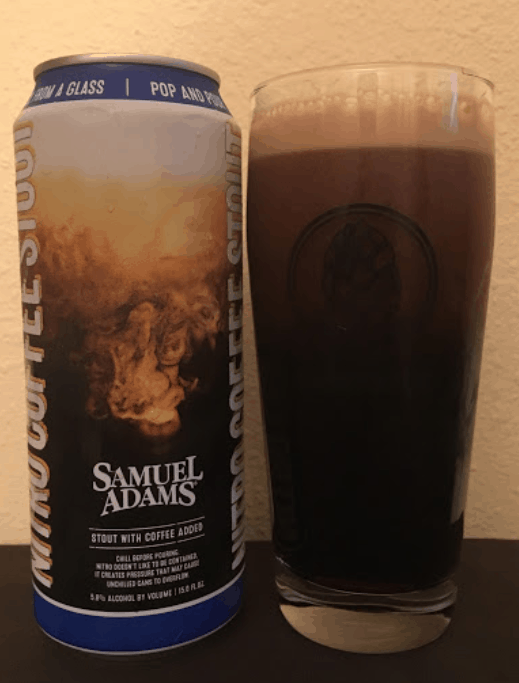 Sam Adams from Boston Beer Co. created a coffee-flavored stout with incorporated nitrogen that accentuates beer’s chocolate velvetiness. Once you try this beverage, you will enjoy a roasted coffee-bean flavor and ultimate aroma.

A Word Against Nitro Beer

Some connoisseurs believe that nitro beer is a fake product. As I have already mentioned, it is necessary to add a beer gas made of 70% nitrogen and 30% carbon dioxide to get this brew type.

To get the right effect, the bartender serving nitro beer on draft adds the gas under high pressure into beer by forcing it through a fine screen. Under such circumstances, nitrogen expels the CO2 out of the beverage, resulting in a lightly carbonated brew with a dense and thick foam head.

The problem is that neither carbon dioxide nor nitrogen stays in the solution for long. Therefore, you need to drink your beverage within half an hour. Otherwise, you will remain disappointed with the result.

Those who are not fans of nitro beer believe that it is just current fashion, and nitrogen actually solves an already fixed problem. Additionally, this gas destroys a hop aroma, so putting an IPA on nitro can undo the brewer’s effort to get the desired flavor.

There are a few pros and cons when it comes to nitro beer. Is it just a current fashion or ultimately delicious beverage you should grab as soon as you can? As always, the truth is somewhere in between, and you should try this brew before making a final decision. 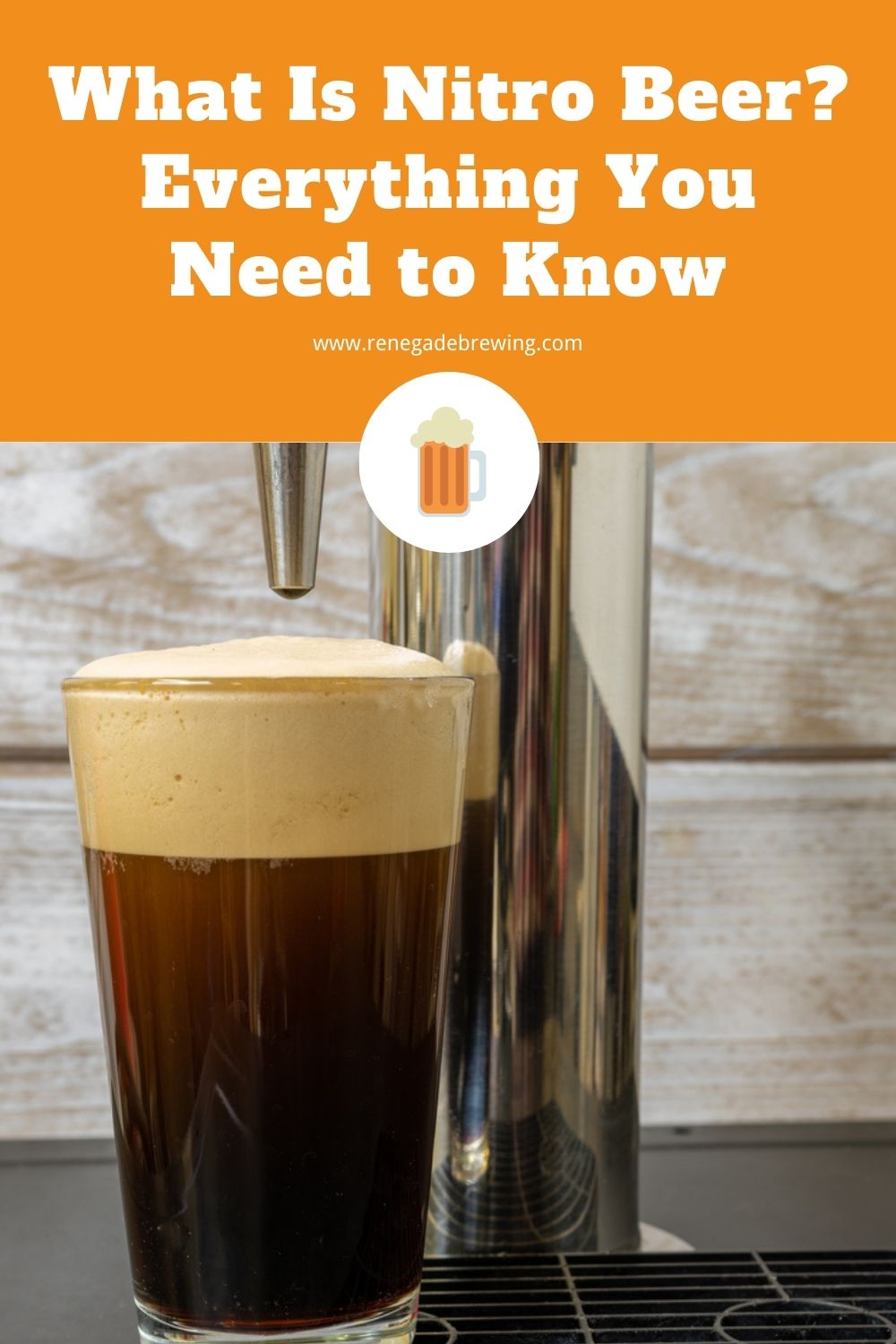