You might not know it, but Poland has a strong brewing tradition. Its sales volumes are Number Three in Europe after Germany and the UK. Maybe Poles just drink more, but if they’re buying that much booze, their local brans may be worth a try. So let’s explore the best Polish beer – both commercial and artisanal. And if you have any brews to add, let us know!

Zywiec is one of the best-known beer brands in Poland. The brewery began in 1856 and was savvy enough to survive both world wars, the Nazis, and nationalization. Today, the country is full of macro and microbrewers, including Grupa Zywiec, a subsidiary of Heineken. In the 1950s, Zywiec offered beers directly targeting the Polish diaspora in the US.

Today, you can buy Zywiec Biale (wheat beer) and Zywiec Porter locally. The biale is a light, bright yellow beer with an ABV of 5.6% while the porter is darker and has an ABV of 9.5%. And because these specific ones are brewed for export, the labels often have US-facing content. Their Amerykańskie Pszeniczne is an American-style Pilsner. They have an APA too. 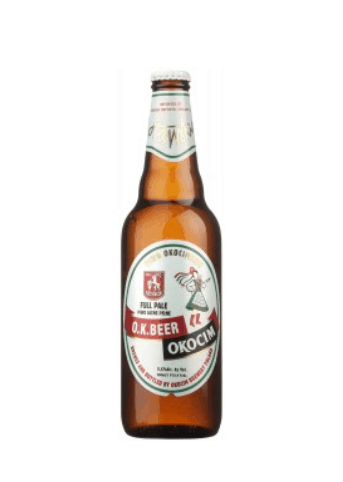 You have to wonder what the world thinks of the US. I mean, you have some idea already … but when someone names their product O.K. Beer and markets it to Americans, it says a lot. O.K. Beer is brewed by Carlsberg Polka, part of the global Carlsberg Group. O.K. is one of their first US exports. It’s a Polish Pils, with pilsner as the world’s best-selling beer category.

is a yellow pilsner with a bright tone and a thick, lingering head. Like many pils, it’s a hoppy beer with a creamy mouth-feel and a snappy finish. Its ABV is 5.6% and has retained its recipe for decades. Its aroma is bready and pretzel-like with earthy hints of wet straw and parsley. It has a sweet front with soft fizziness. The back has more of a hoppy bite. 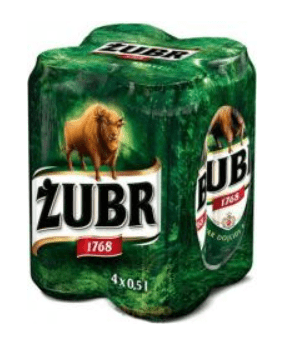 Żubr means bison, and this is certainly a buffalo of a beer. It’s brewed by Kompania Piwowarska under the stewardship of Japan’s Asahi Brewing. Don’t mix it up with the Czech Zubr – same name, different beer. You could call it ‘Zubr-with-a-dot’ to avoid confusion.

This Polish bison beer – which was previously named Dojlidy Beer – has an ABV of 6%. It was first brewed in 1768 and changed its name when the brewery rebranded. It has a younger sibling – Prażubr (steppe bison) – which is unpasteurized and has a lower 5%ABV. 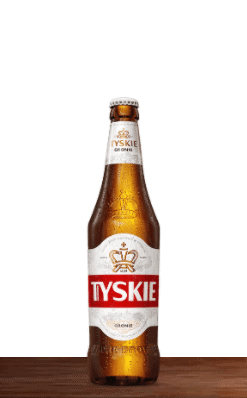 Tyskie Polish Lager has close to half a century of continuous brewing heritage. It’s a pale lager with an ABV of 5.2% with 3.2g of carbs, 0.9g of sugar, 0.6g of protein, and 43 calories in every 100ml. The beer has earned itself two beer awards (Grand Prix and BBIA). It’s a beautifully balanced beer – the perfect midpoint in malty girth and hoppy bitterness.

This full-bodied beer has a thick, foamy head and the fruity flavors of apple and banana. It’s been described as Poland’s answer to Budweiser and is the nation’s top seller, both locally and overseas. The high level of carbonation gives the beer a ‘soft’ mouth-feel from all those tiny bubbles. So it’s malty on your nose, hoppy on your tongue, and filling in your tummy. 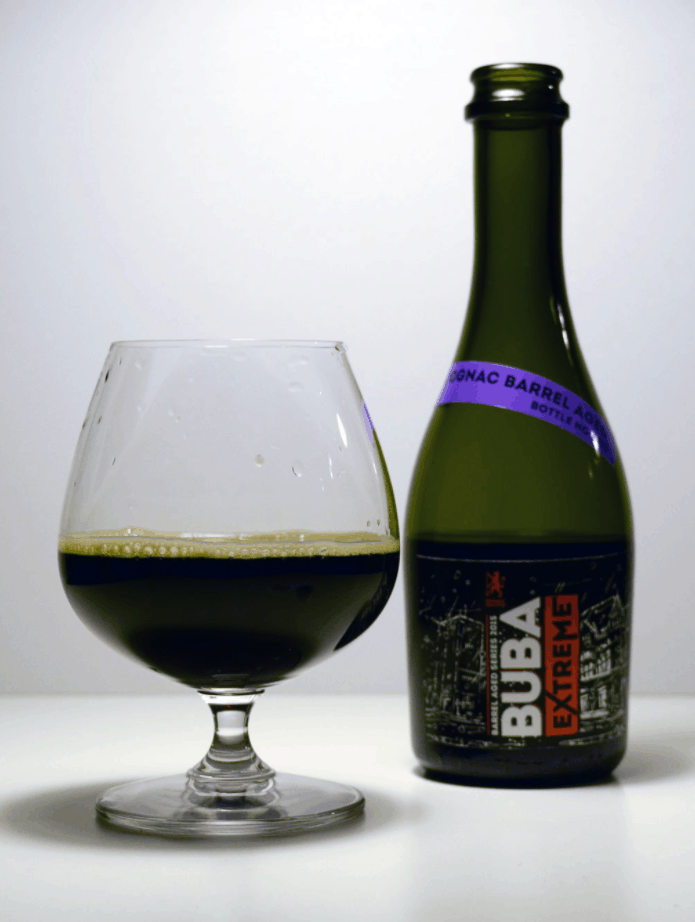 Not every country speaks English. And when you’re shopping for beer in one of those nations, you may feel a little lost. Take this beer for example. You’ll see some strange letters that are tough to pronounce … then you’ll see ‘Jack Daniels’. So … is it even a beer?

Yes, it is. It’s an extremely boozy quadrupel aged on whiskey barrels that previously held Jack Daniels. This gives your lager a distinct whisky flavor. Plus, this is a commercially freeze-distilled beer so it’s clearer and more potent than its rivals, with an ABV of 16%.

This heavy beer has a thick head and 480 calories per 12 fl oz. Despite its potency, it’s so sweet you can barely spot the alcohol. Instead, you taste chocolate, pralines, bourbon, caramel, coconut, and vanilla. Szalpiw stopped brewing it but you can still buy vintage. 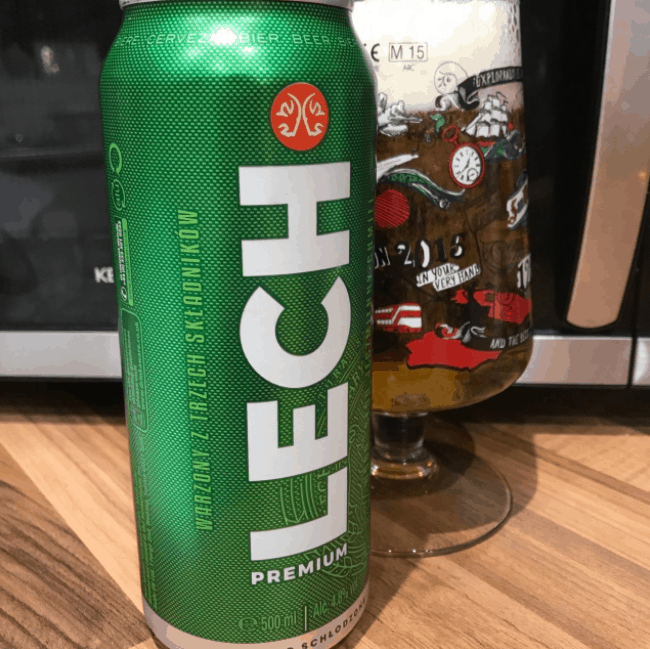 This pale lager is brewed by Kompania Piwowarska shepherded by Asahi. It’s the same group that produces Żubr and Tyskie. But Lech is a sub-brand with its own premises – Lech Browary Wielkopolski. The beer has varying potency depending on which market it’s intended for. The American variant has an ABV of 4.9% but other country versions hit 5.2%.

Lech is a boozy pale lager but it also has several non-alcoholic versions flavored with acai, lime, pomelo, grapefruit, pomegranate, and mint. The premium version has 41 calories in every 100ml, along with 0.6g of protein, 0.8g of sugar, and 2.8g of carbs. It’s a sweet beer with hints of honey and a fast-fading head. This light-bodied beer has a grainy aroma.

Brewed in the style of a German Bock, Kozlak has a dark honeyed hue (some see it more as ruby). Its ABV is 6.5% and this semi-sweet beer has hints of honey and caramel in its palate. It’s a slightly hazy beer and the brewer has curated underground water sources to ensure purity. They also use in-house yeast to maintain and guarantee their brewing standards.

This bottom-fermented beer brews slowly and stays fresh for 210 days after bottling. Interestingly, ‘kozlak’ is Polish for ‘bock’ which is German for ‘goat’. (The animal, not the acronym.) Kozlak is a relatively young beer – first brewed in 2003. It has a nose that hints at raisins and plums. It has a thick off-white head and fine fizzy mouth-feel. Its IBU is 20. 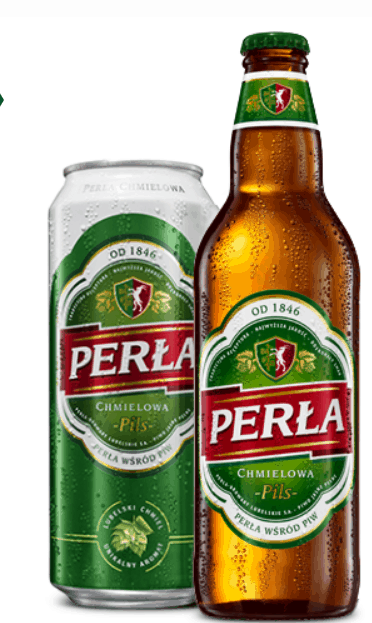 Chmielowa means ‘hoppy’ and this light, ale-like beer is the brewery’s flagship. They brew using a regional recipe that is – in their words – centuries old. Although it’s a light beer, it has a full-bodied mouth-feel. It has a distinctly bitter flavor, a rich golden tone, and a thick but fading head. The beer has won several global awards. It has 6% ABV and an IBU of 18.

The fine carbonation makes this beer smooth and creamy top sip. It’s a pilsner so the hoppy front is well-executed. The nose is mostly malty but the hops introduce a bit of citrus and florals. And that trademark bitterness is tinged with notes of lemon and lime. There’s some breadiness in there as well. And though the head is gone in minutes, there’s a little lacing left. 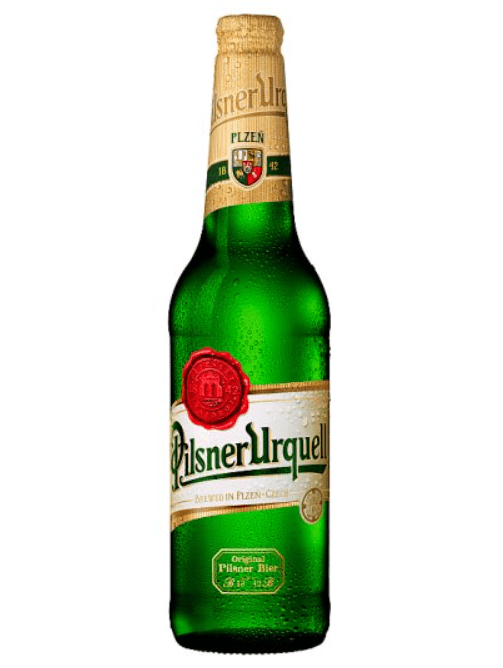 Cześć (pronounced tess-ch) is a friendly greeting among peers in Poland. And because Poland and Czechoslovakia share a border, they have a lot in common. Including their tastes and brewing methods. So while Pilsner Urquell was first brewed by the Czechs (and is now exclusively supplied in Plzeň – a Czech city), it’s often categorized as the best Polish beer.

This might be due to local popularity. Or because it was brewed in Poland between Tychy (a Polish city) from 2002 to 2011. From 2004 to 2017, it was brewed in Kaluga, Russia. It has an ABV of 4.4% and was first brewed in 1842, making it the first pale lager in the world. (Urquell is German for ‘original’.) The beer has Noble and Saaz hops and is brewed with soft water. 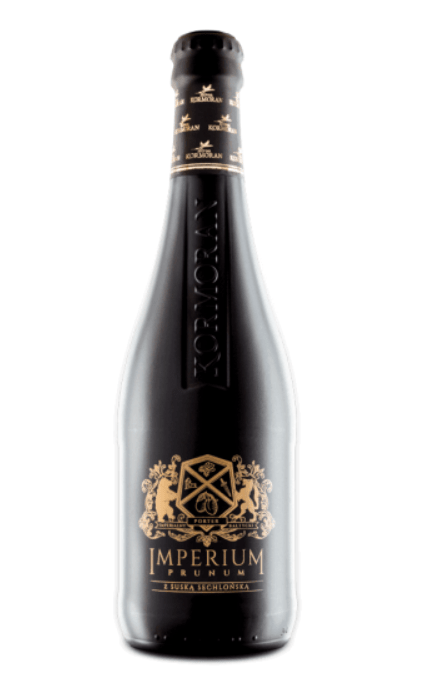 We’ve checked out a lot of lagers and bocks, so now let’s look at Polish porters. Porters are London-brewed and chocolatey while stouts are Irish and coffee-leaning. (Even though both styles combine coffee and chocolate. It’s all about the balance and proportions.) Porters also have higher ABVs than stouts. This Baltic porter clocks an imperial 11% with 330 calories.

The nose and palate of this black beer have elements of cocoa, coffee, chocolate, pralines, and smoked liqueur fruits. These include Hungarian plums known as Suska Sechlonska – an EU-certified PDO – TSG plum. The head is thick, beige, and lingering with lots of lacing. The beer has a sweet start and a sour finish. It’s a warming beer that’s perfect for the holidays. 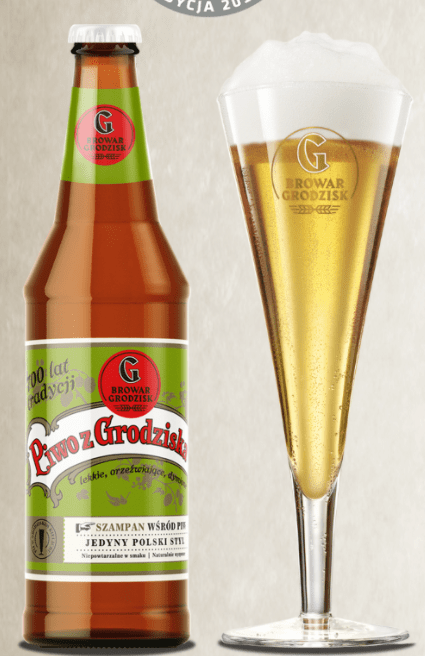 You know about champagne. And we’ve just mentioned plums. But did you know there’s one about beer too? Grodziskie (sometimes called Grätzer) is a traditional beer from Grodzisk. And yes, some describe it as Polish Champagne. Both for its fizziness and its regional specificity. This clear carbonated beer is smoked in oak barrels and built off wheat malts.

This particular brand has an ABV of 3.1%. Like many grätzers, It’s best served in a conical champagne-like flute to maintain the fizz and aroma. The beer has a thick lingering head and is brewed with in-house Grodzisk yeast. Locally-sourced Lublin hops give the beer its ‘pleasant bitterness’. And there’s often residual yeast at the bottom of this bottle-conditioned beer. 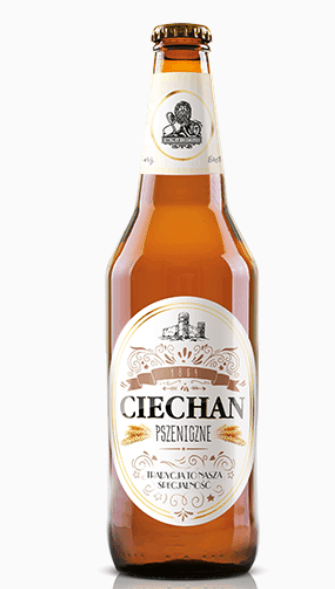 Now let’s step into the hefeweizen category. This Polish beer is brewed in the German style. And Ciechan is often branded the best Polish beer in the wheat space. It’s a hazy beer with an ABV of 4.8%, pasteurized but unfiltered. The scent is intensely bready, but there’s also some fruit and spice. Mostly banana and clove. It’s traditionally top-fermented in open vats.

This cloudy beer contains yeasty sediments and takes at least 30 days to brew. But it doesn’t stay safe for very long so be sure to drink it within 6 weeks of bottling (45 days maximum). Shake it as you sip (or stir periodically) to mix up the yeast and get the full flavor of the beer. Americans enjoy this style of brewing so you’ll probably love Ciechan’s version. 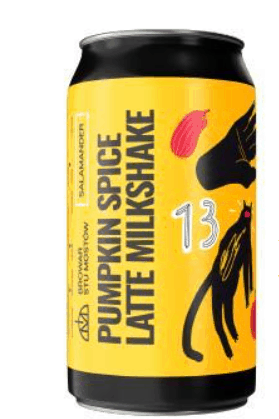 Doesn’t this sound like a beer after your own heart? It sounds so American! But it’s brewed in Wroclaw, the City of 100 Bridges. Browar Stu Mostów’s Halloween beer has 6.4% ABV and an IBU of 20. The base ingredients are lactose (milk sugar), roasted pumpkin, wheat malt, flaked oats, Columbus hops, and fresh coffee from Guatemala. It’s a kettle-brewed IPA.

The beer is pale gold with a soft, fizzy mouthfeel and a thick head. The beer is sweet and smooth on your tongue. It’s brewed using ale-yeast for that IPA character. Spicy notes in the beer include vanilla, cinnamon, cardamom, clove, and nutmeg. These combine for a tingling allspice brew that brings out the pumpkin latte in this seasonal beer. 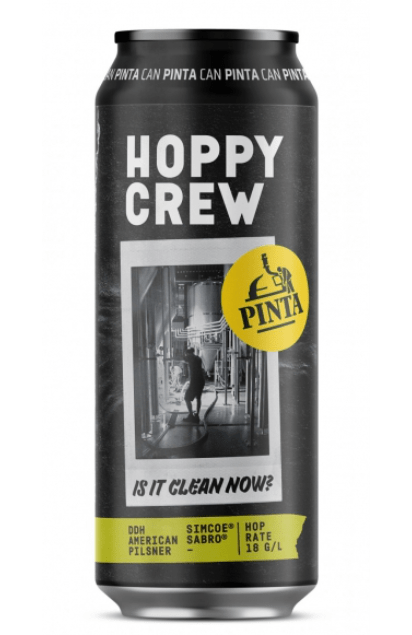 We’re going from a beer Americans would love to one brewed by Americans … and Poles. Oh Honey was a joint project by Browar Pinta (Wieprz) and Superstition Meadery (Phoenix). But it’s tricky finding this mead – it’s not posted on either brewery’s website. So let’s go for something equally American but easier to find. Is It Clean Now is an American-style pilsner.

This DDH beer (double-dry-hopped) has an ABV of 5.1% and pays homage to its staff. Specifically, its 2020 janitorial crew, including Dominik and Marcin, featured on the label. The beer uses US hops to impress American palates (Sabro and Simcoe). These hops give the beer its tropical forest feel with hints of lime and coconut. The yeast is SafLager. 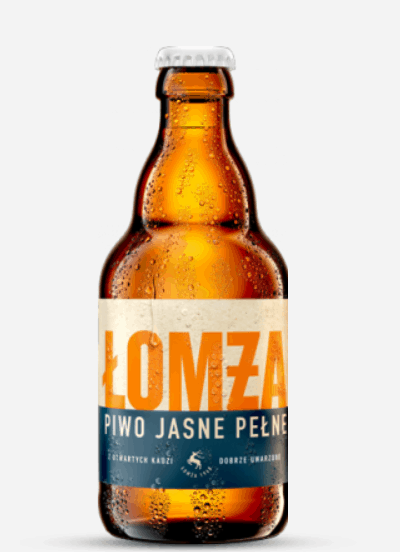 Lagers are often pale-yellow but you can also find darker ones like Łomza Ciemne. For now, let’s focus on the lighter sibling. This beer has an ABV of 6%. It’s a newer version of the original 1968 lager. Its squat brown 330ml bottle stands out on shelves. And it’s brewed by Van Pur. It’s a light-bodied beer with medium fizz and a thin head – roughly a quarter inch.

The beer is malty with a bready note. Other flavors you may notice include honey and toasted malt. Łomza beer is widely available in the States though you may be more familiar with the green bottle of Łomza Jasne Export. This award-winning variant has a lower ABV of 5.7% and is less malty than its stubby sibling. Both beers are barley-based with no wheat.

3 thoughts on “15 Best Polish Beer Brands You May Like”