Stella Artois is arguably one of the most ubiquitous beers in the bar scene. This Belgian lager has traveled all around the world and it would be safe to say that beerheads have a love-hate relationship with it. Those who love it, really love it. Those who hate it wouldn’t look its way even if it were the last beer on earth. 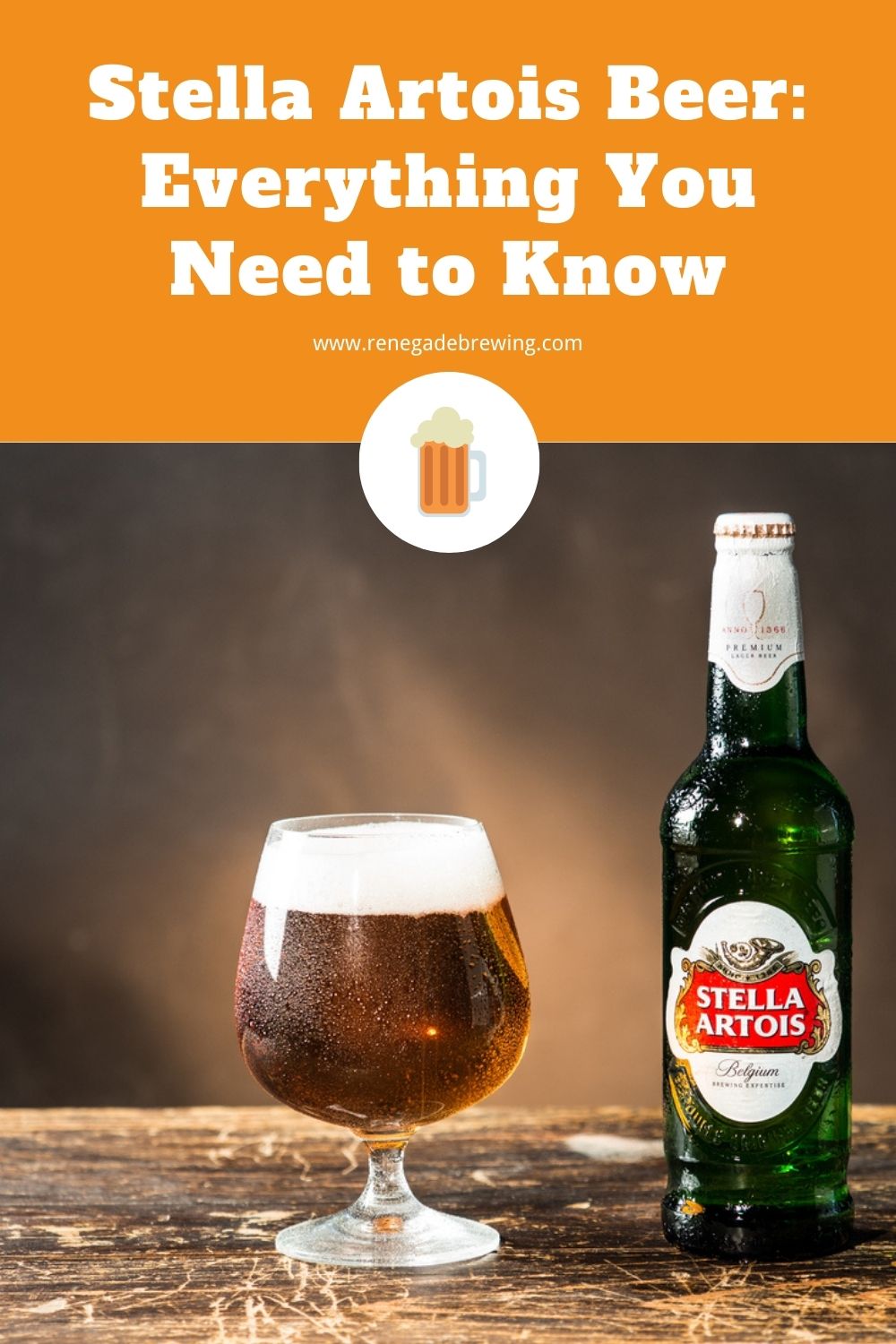 Packed in a majestic green bottle and branded in a bright red logo, this beer has a long history but its modern story is even more interesting. If you have been curiously wondering just what is Stella Artois? What does the Artois part mean? What does it taste like? you’ve come to the right place. We’ll tell you everything you need to know and at the end of the article, you will be that much wiser!

Definition: What Is Stella Artois?

Stella Artois is a Belgian lager that was first brewed in 1926. Categorized as a pilsner-style beer, this drink is characteristically gold in color with an exceptionally clear appearance and a floral to spicy hop aroma.

In terms of flavor, Stella Artois is quite a drinkable beer with a bold, fruity, and malty sweetness. The hops are moderated to give this beer a soft, well-rounded dry but crisp finish. According to the manufacturer, only three ingredients are used to make this premium lager: water, barley, and hops. The combination of traditional malted barley and European hops comes together to deliver an herby yet sweet and slightly hoppy lager that goes well with meaty, creamy foods and crispy salads.

For the most part, Stella, as it is fondly known, is considered a strong lager, a high alcohol-content drink with an alcohol by volume (ABV) that lingers between 4.6 and 5.2 percent in the various markets around the world.

The History of Stella Artois: 600 Years of Brewing Heritage

Outside of its motherland, Belgium, Stella Artois is marketed as a premium beer on the international market. In many ways, this approach has been successful because today, the popular lager is an embodiment of class, trendiness, and sophistication.

Despite its modern looks and aura, Stella is quite an old beer with an interesting history. It all began in 1708 when Sébastien Artois took over as the brewmaster at an old brewery in the town of Leuven, known as the Den Hoorn brewery. Established in 1366, Den Hoorn was part and parcel of the history of Leuven and its people.

When Sébastien Artois bought the brewery in 1717, close to a decade after taking over as the head brewer, he changed the name from Den Hoorn to Brouwerji Artois. After many years of beer making, Brouwerji Artois produced a beer in 1926, which they named Stella.

The word ‘Stella’ is Latin for star. The Stella beer was supposed to be a Christmas gift from the brewery to the people of Leuven. This association with the Christmas star is what gave the beer its feminine-sounding name.

Although it was only meant to be a seasonal drink to warm the hearts of the people of Leuven that particular winter, Stella caught on and ended up being produced throughout the year and in the year after that and it eventually became a year-round beer.

By 1930, Stella Artois was already making its early forays into the international markets, first in Europe and then in North America, and Australia and then into the rest of the world. During this period, Stella Artois had become a household beer in Belgium but internationally, it was marketed as premium booze, fetching much higher prices than your regular beer.

Modern History: Acquisition and Taking the International Market by Storm

Today, more than 90 years since the first bottles of Stella Artois were sent out from the plant at Leuven to the surrounding communities, several breweries have cropped up all over the world dedicated to producing this popular pilsner.

The plants in Jupille and Leuven are still in existence and they continue to produce Stella beers. Other breweries are in the United Kingdom, Australia, Canada, and Hungary. The plants in Leuven and Jupille produce much of the beer exported for the European market.

In 1987, Brouwerji Artois in Leuven merged with another Belgian brewery, Piedboeuf, based in the Walloon region. The merger resulted in Interbrew, which went on to acquire several international brands including Labatt in Canada, Whitebread and Bass in the UK, and Diebels and Beck’s & Co. in Germany.

When the Interbrew merger was created, Stella Artois’ design and branding changed, with the original 1926 bottle serving as a branding inspiration. The new design featured the original horn mascot and the words ‘Ano 1366’ were added to pay tribute to the Den Hoorn brewery.

In 2004, Interbrew entered into a merger with the Brazilian brewer AmBev, a corporate marriage that birthed InBev. Following the merger, InBev became the world’s largest brewer by the volume of beer produced. Four years later in 2008, InBev went ahead to merge with Anheuser-Busch, the American brewer, resulting in Anheuser-Busch InBev (AB InBev).

Global Popularity and the Allure of Stella Artois

In the international markets, Stella Artois is somewhat of a status symbol. Its price is a few points higher than other equally good pilsners and its manufacturers have not hesitated to market it as a reassuringly expensive beer.

Following the merger between Interbrew and Anheuser-Busch, the brewers began to distribute a Stella Artois with a lower ABV of 4%, which was first introduced in the United Kingdom but is now available in much of Europe.

There has been a significant gradual reduction of the alcohol content and bitterness level in the Stella Artois beers. In its early days, this pilsner-style beer was identified as a strong lager. Today, you will find Stellas in more or less the same ABV range as other lagers, which tends to be between 4 and 5%. It is this watering down of the beer that continues to cause such a chasm between those who absolutely love Stella Artois and those who absolutely dislike the beer.

Over the years, the manufacture of Stella has introduced other beer varieties including a cider, a summer lager (solstice lager), and a smaller 7oz classic Stella Artois. The beer continues to be quite popular among millennials who are keen on enjoying an easy drinker that is seen as sophisticated and out of the reach of the ordinary beerhead.

Despite its global allure, Stella is an extremely ordinary beer in Belgium and its sales there seem to be sliding year after year. To be sure, it is the number three best-selling beer in Belgium but its market share is just 6.5% compared to Jupiler, which leads the market with a 35% stake. That is a huge difference in market share and poignantly captures the modern story of what was once a star beer in a country that is known for its quality boozes.

According to a report by the Wall Street Journal, AB InBev is renewing its efforts to revive the sales of Stella Artois in Belgium. The brewer’s communications director Karen Couck noted, “We are trying to build an international brand but also to revive it in Belgium.”

Stella Artois has successfully positioned itself as a classy premium beer. But, like all great brands, it has had its slip-ups with the most noticeable one being its association with domestic violence. In the United Kingdom (UK) in particular, the beer has earned the unfortunate nickname of ‘wife beater.’ This is following incidents of binge drinking that led to domestic violence against women.

In the age of social media, you can bet that this unbecoming nickname has spread beyond the UK borders and now AB InBev has been left with the task of cleaning up the brand’s reputation and restoring Stella’s former glory.

On the upside, Stella Artois is associated with a worthy cause. The brand has partnered with Matt Damon’s Water.org, a project that is aimed at helping women in developing countries to access clean water. A portion of the proceeds earned from selling specially made Stella Artois chalice glasses goes into building systems that facilitate access to clean water for millions around the world.

The Belgian Lager With An International Allure

There is no doubt that Stella Artois has managed to position itself as one of the most popular lagers in the world. Although originally intended to be a late Christmas drink, you can now enjoy your Stella any day of the year.

If you are looking for a sophisticated but easy drinker, Stella Artois might be it. The hints of sweet malt, fruity hops, and soft finishes might pleasantly surprise you. It is best paired with good food and great friends! 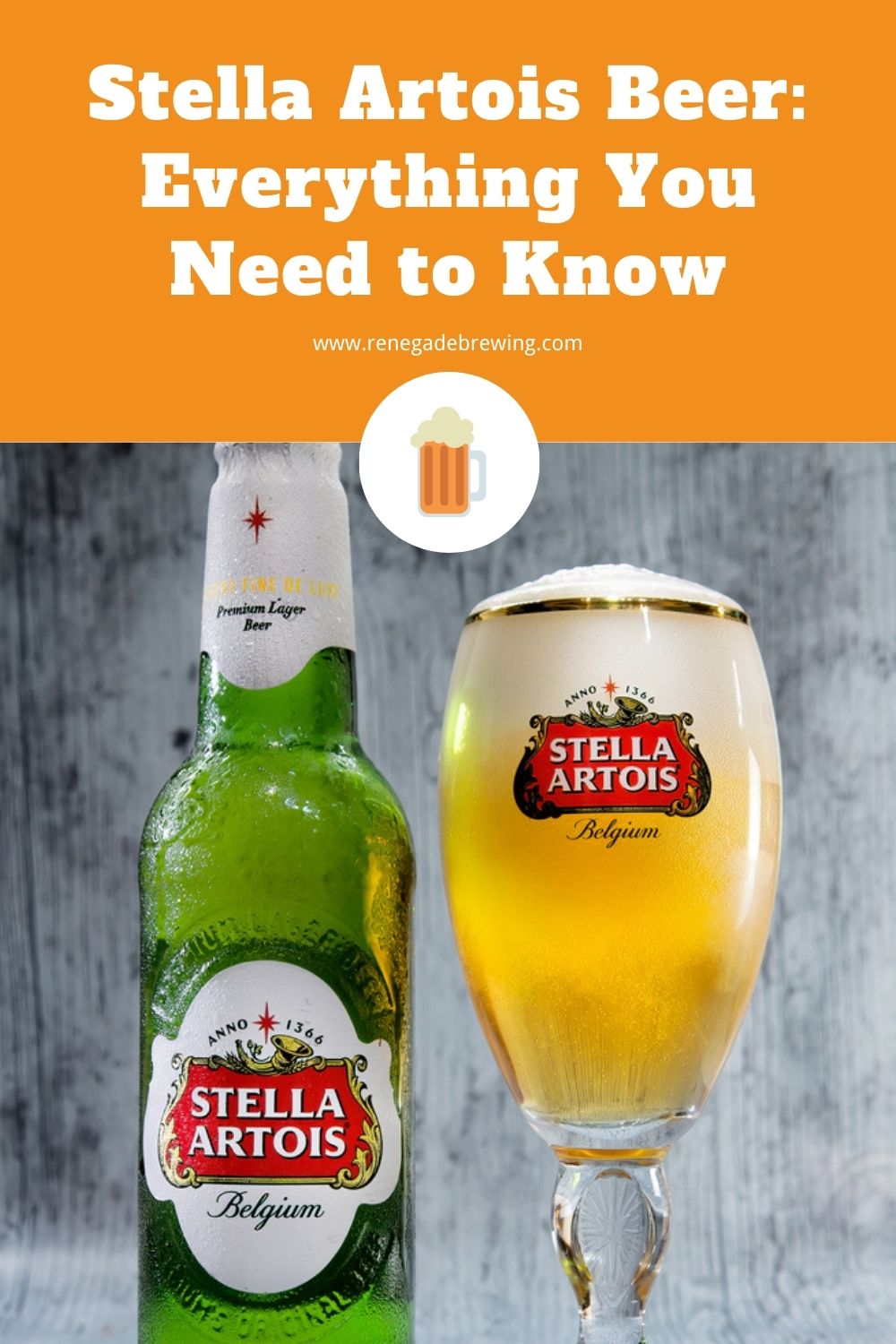