If you’re new to the world of craft beers, you might be thinking stout beer makes you – well, stout! Not so. This distinctive beer is no more calorific than most others. But it does have lots of interesting characteristics that are well worth getting to know. 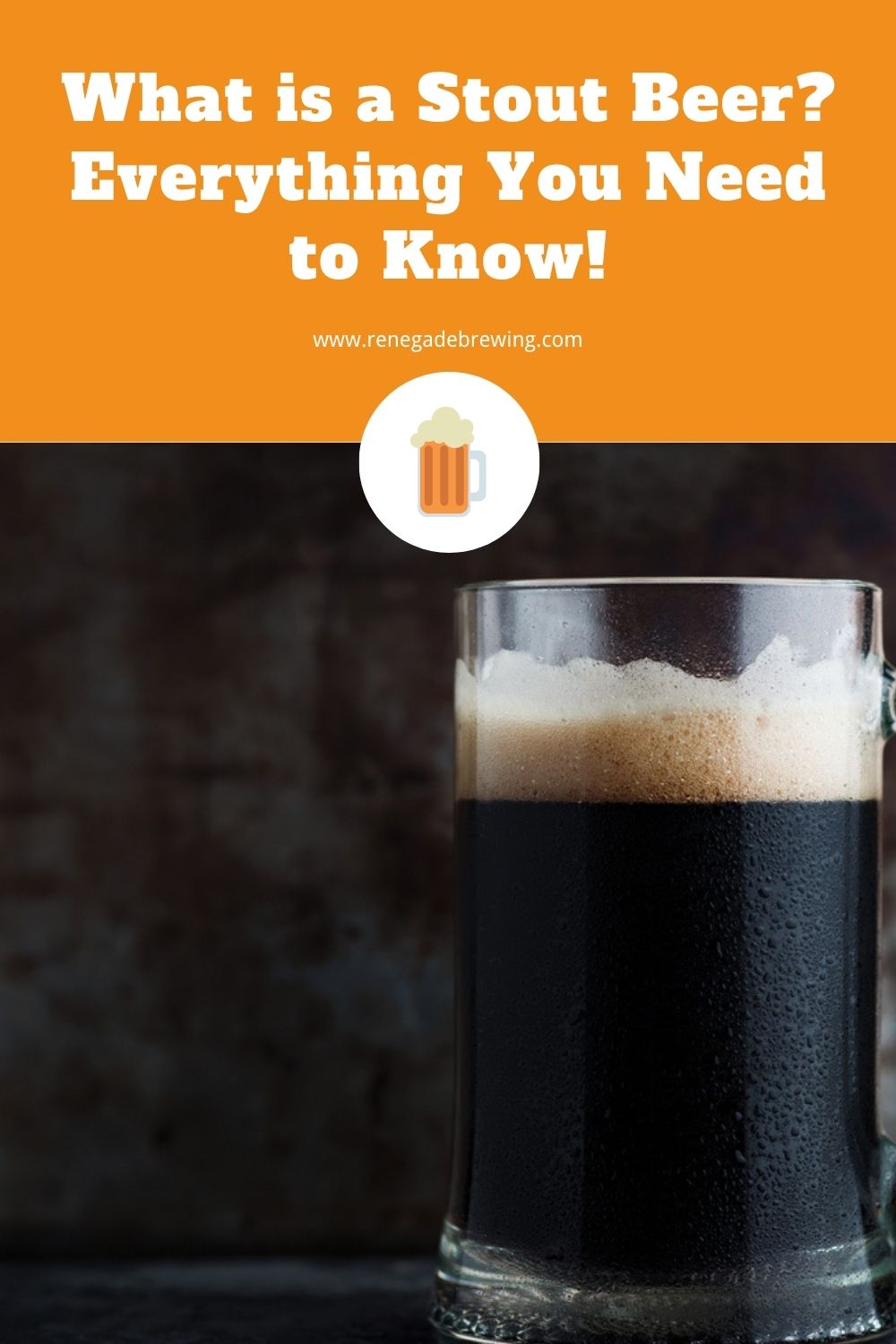 So if you want to find out more about what is stout beer, carry on reading! We’re going to take you through how it’s made, what it tastes like, and what foods it pairs well with.

Just step this way to begin your love affair with stout …

The evolution of stout

Stout has a long history. Its first documented mention comes in 1677, in a manuscript now housed in the British Museum. The term was used there to describe a particularly strong beer.

By the 1700s, dark beers called porters were becoming very popular. Brewers experimented with porters of different strengths. The strongest of these, containing around 7 or 8 percent alcohol by volume, were known as stout porters. A new style of beer had been born!

The term “stout”, however, didn’t come into common use until much later. Even that most recognizable of stouts, Guinness, started its life being called a porter.

Their export brand was West India Porter, sold now as Guinness Foreign Extra Stout and popular in the Caribbean, Asia, and Africa. The most commonly drunk Guinness in the USA today is known as Original, or Extra Stout. But early in the nineteenth century, the same beer was called Extra Superior Porter.

The histories of stout and porter, then, are closely entwined. And today, stout is used to describe beers that are dark in color, rather than necessarily strong.

There is now a huge range of different stouts on the market. What they all have in common is their rich dark color. The darkest stouts can be almost black.

In addition to the shade, they’re distinguishable from porters by their main flavors. Porters use roast malted barley. Stouts, on the other hand, are made from black patent malt. These give the beer its dark color, astringent flavor, and distinctive ashy aroma.

Stouts can be further divided into two main categories. “Milk” or “sweet” stouts, and “dry” stout.

The milk stout is sweetened with lactose, derived from – you’ve guessed it – milk. The lactose isn’t fermented by the yeast, so it gives the beer a fuller, sweeter flavor. It was once marketed as a nutritious drink, even recommended for breastfeeding mothers!

Whilst milk stout was first made in the United Kingdom, dry stout is primarily made in Ireland. That explains its alternative name, Irish stout. The unsweetened flavor is what most drinkers readily associate with stout.

There are also a whole range of other stouts: oatmeal, oyster, chocolate, and imperial.

Oats have a long tradition in brewing, but give the beer a bitter flavor. For a while, oat-based beers fell out of favor. But in the late nineteenth century, the popularity of milk stouts led to a resurgence in interest.

As with milk, oatmeal was considered to be healthy. As milk stouts were increasingly seen as a nutritious choice, oatmeal versions soon followed suit.

The oats in an oatmeal stout are added to the malt during the brewing process. There’s normally no more than about 30 percent oats. Any more than this and the beer becomes too bitter for most palates.

Twentieth-century versions of oatmeal stout often had minimal quantities of oats, as little as 0.5 percent. Their inclusion was as much a marketing gimmick as anything else.

The idea of the oats isn’t to give an oaty flavor. But with larger amounts, they give a smoothness to the stout. That’s because of the fats, proteins and gums they contain.

Back in the day, oyster shells were added to stout to clarify it. The calcium carbonate they contain turned a misty brew into beautiful clear nectar.

Today, some varieties of oyster stout use only the shells, whilst others use both the shells and the oyster meat. The result, you’ll be pleased to hear, isn’t a fishy beer! Instead, the oysters add sweetness and a subtle marine tang. Stouts that use the oyster together with its shell have a more full-bodied taste.

Note, however, that some brewers take rather a flexible approach to the meaning of oyster stout! Marston’s Pearl Jet, for example, isn’t made with oysters at all. Instead, the company says the beer is a “nod to” traditional oyster stouts and is a good pairing with oysters.

Chocolate stout uses dark malts that have been kiln roasted until they have a chocolate color. The process also gives the malt a bitter chocolate flavor and aroma.

As with oyster stouts, brewers take different approaches to chocolate stout. Some add small quantities of chocolate or chocolate flavoring to their beer, intensifying the chocolate experience.

Also Read:  What Is A Wheat Beer? (History, Profile & Types)

Imperial, or Russian Imperial stout, sounds like the kind of name thought up by a clever marketing person. But in fact, it comes from this beer’s fascinating history.

In 1698, the Russian czar Peter the Great traveled to England. There he encountered stout – though it was probably known as “stout porter” at the time. He so enjoyed it that he had it shipped to his court in Russia. But unfortunately, the stout deteriorated on the long voyage.

It was all rather embarrassing – but the Barclay brewery in London rose to the challenge. It concocted a very strong, dark stout that had enough hops and alcohol to stay drinkable. The result was a hit in Russia, where it became known as “Russian Imperial stout”.

When Catherine the Great ascended the throne, the Russian love affair with imperial stout continued. Thrale’s Anchor Brewery in London brewed up one version that was designed to last for seven years!

Like many other forms of stout, imperial stout fell out of favor in the latter half of the twentieth century. But with the expanding craft beer industry, a new generation of drinkers is discovering its distinctive flavor.

New varieties still hark back to the history of the imperial stout. Avery Brewery’s version, for example, is called “The Czar”.

How to serve stout

Stout is served at a slightly higher temperature than many other beers. Between 50 and 55 degrees, Fahrenheit is about right.

Unlike most beers, Guinness served in a bar has nitrogen added at the pump. This helps to create the thick, creamy foam head this stout is known for.

Canned versions use a widget to perform a similar function. This is a small piece of plastic that contains nitrogen and sits at the top of the can. When the can is opened and poured, the widget adds the nitrogen to create the characteristic Guinness head.

Guinness also makes a big deal of the “two-part pour”. They claim that for their product to be enjoyed at its best, you should first fill the glass three-quarters of the way. Then leave it to settle before topping up.

Also Read:  Shock Top: Everything You Need to Know

This technique comes from the early days of Guinness production when it was actually poured from two different kegs. One was highly conditioned, the other low-conditioned. All this, however, was rather a faff. The problem was solved by a new keg which included nitrogen, introduced in 1959.

The new keg – and the widget in cans – means the two-part pour no longer serves any practical purpose. But it’s still a great bit of theatre, and extensively used in Guinness’s very effective marketing campaigns.

The right glass for stout

Most stouts are served in a standard pint glass with slightly tapered sides. But if you’re a stout aficionado, you may be interested in a glass designed specifically for this type of beer.

Spiegelau is a German company that claims to have perfected the stout glass. They say stout drunk from their glasses has a better flavor, aroma, texture – and even maintains its head for longer!

This apparently results from both the shape and the materials used in its construction. It’s slightly concave, which is designed to preserve the aroma. And there’s a narrower top and angled rim to preserve the foamy head.

The glass is thin and very smooth. But it’s also strengthened with zinc, so these glasses can go into the dishwasher.

They’re not too expensive either, so if you love your stout, they’re worth checking out. At the very least, they’ll make an interesting conversation piece!

Stout is a great accompaniment to a wide range of dishes, particularly meat. As you might expect, oyster stout is great with a dish of shellfish, while chocolate stout is delicious with dessert. Try imperial stout with strong cheeses or dark chocolate.

Stout can also be used to add flavor to foods during cooking. Milk stout works brilliantly in rich stews, like oxtail. And it’s an essential ingredient in black velvet cake – a beautifully rich, chocolatey cake with a subtle beer flavor.

Ready to try your first stout?

We hope you’ve enjoyed our guide to the wonderful world of stout! With so many different varieties out there, there’s sure to be one that will suit you.

It’s also a drink with a great history. From Peter the Great, to today’s Guinness drinkers, millions of people have enjoyed stout through the ages. We hope you join them soon! 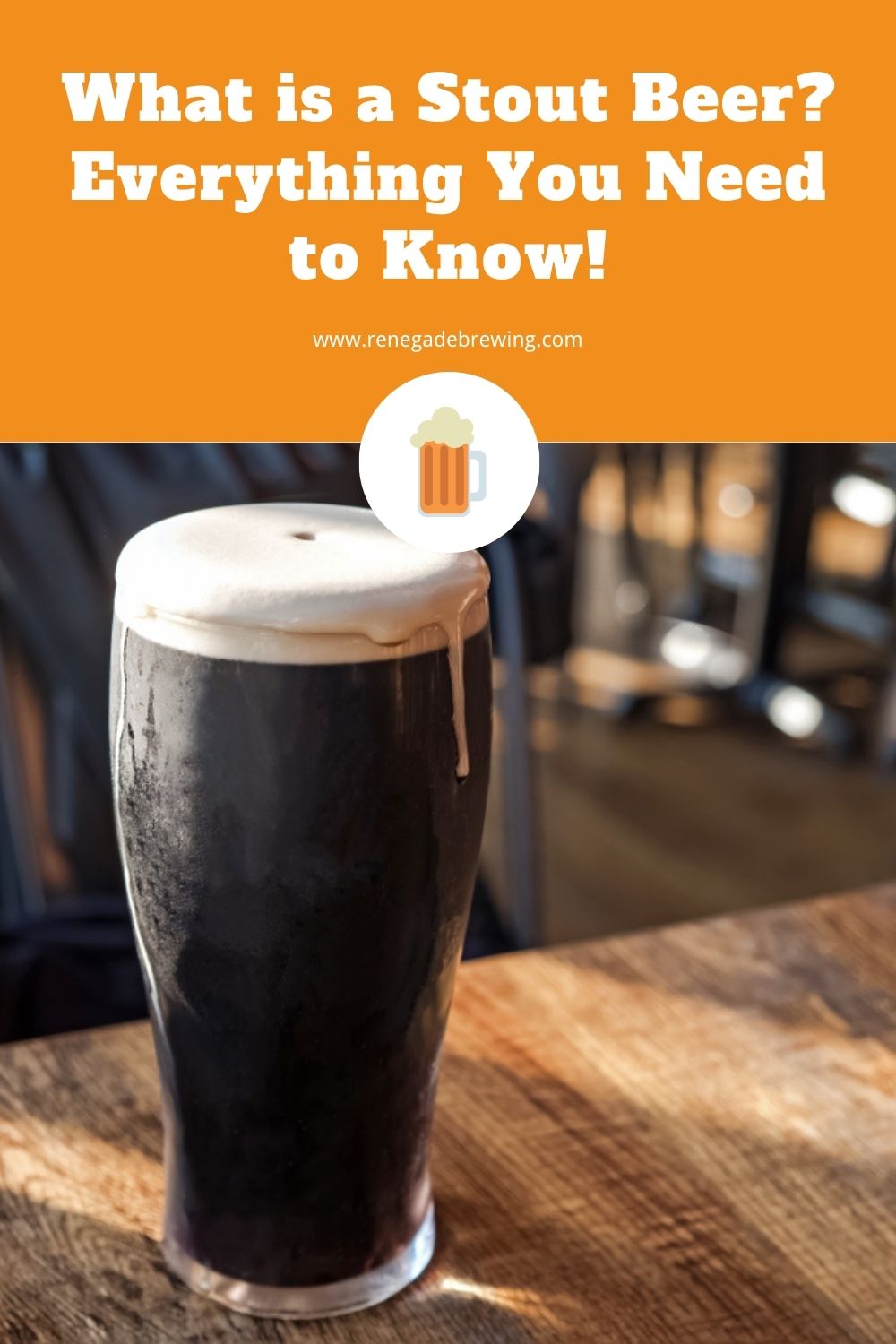