Most of us know that beer is mostly made using barley grains. It is, therefore, no surprise that the term ‘wheat beer’ might elicit some interest among newbie beer drinkers. 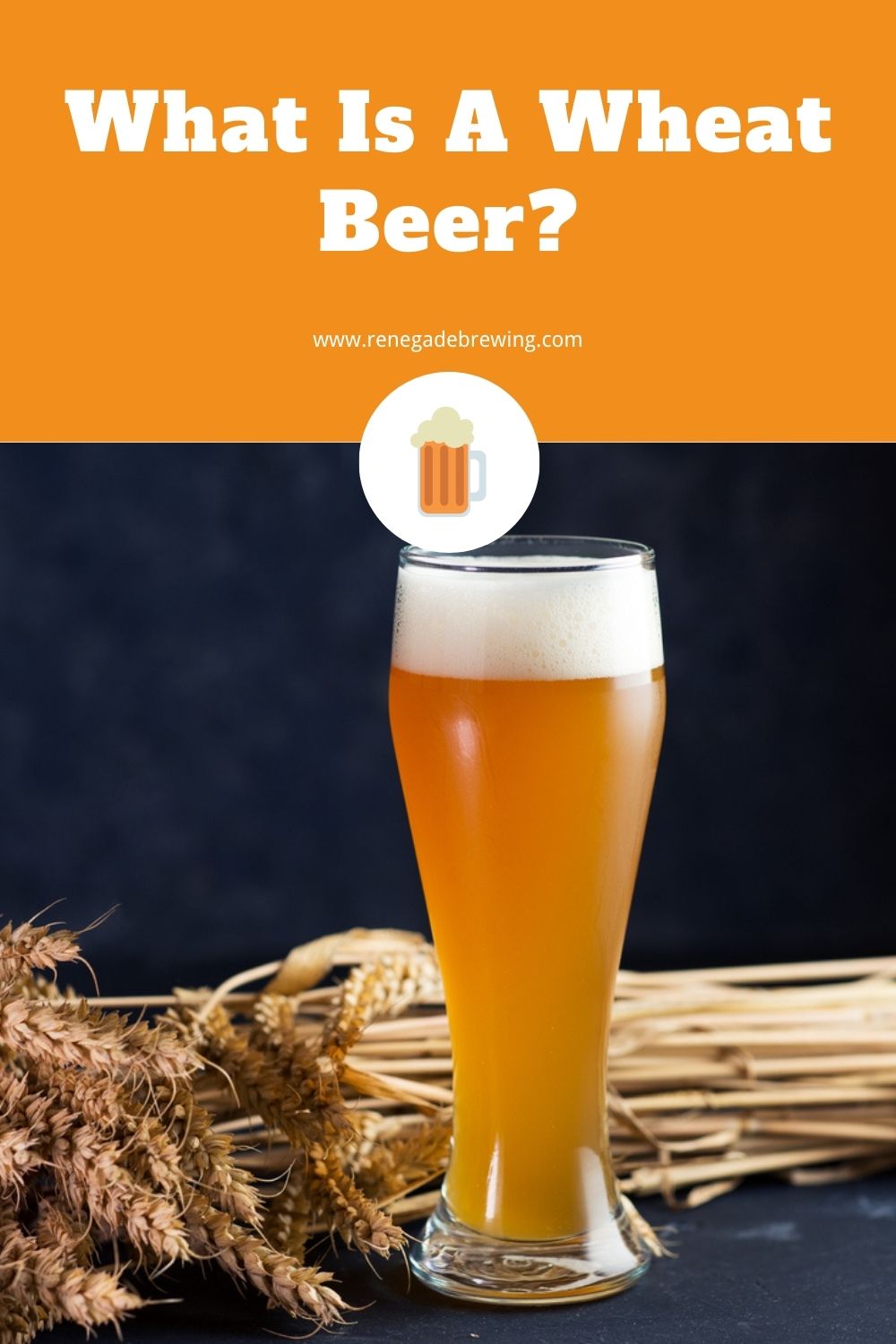 If you are curious as to what is a wheat beer, you have come to the right place because in this article we will tell you everything you need to know about this style of beer including a little bit of history and even tips on the best foods to pair with your beer.

So, let’s get started.

What Is Wheat Beer?

Before getting into the history and the types of beer, let’s first define what a wheat beer is. This is any kind of beer that is made of at least 50% malted or unmalted wheat.

Until the 1980s, when microbreweries started popping up, beer in the United States was hardly made using wheat; brewers mostly used barley as the major grain. But, in Europe, wheat has been used as the main grain in beer brewing for thousands of years.

Wheat was first used as a brewing ingredient more than 10,000 years ago. In Europe, evidence of brewing using wheat dates as far back as 800 B.C. in Bavaria, which is now modern-day Germany.

The ruling Degenberger family is said to have pioneered the brewing of the first wheat beers in Bavaria. When the duke of the Degenberger died without an heir, the brewing license that the family monopolized was awarded to the Bavarian house of Dukes, known as, Duke Maximillian 1.

Duke Maximillian built the first wheat beer brewery in Munich. But, in the 1880s wheat beer or Weissbier lost its popularity, leading to the closure of many breweries.

The brewery in Munich continued to produce wheat ales but in small quantities. Eventually, the manufacture of Weissbier, which was limited only to specific brewers, was opened to the public.

Wheat beer made a major comeback when a brewer named Georg Schneider bought a brewery in Munich and worked hard to revive the Weissbier. To date, the Schneider family still operates the brewery.

What does wheat beer look like? How does it taste? Let’s take a look at the characteristics of wheat beer based on the standards set by the Beer Judge Certification Program (BJCP).

Traditionally, wheat beer was made using pale 2-row wheat. This resulted in a beer that is gold to pale yellow. Due to the high protein content from the wheat, this beer will appear hazy. The use of top-fermenting ale yeast, which is served in the final beer, also gives this style of beer a less clear and more opaque appearance.

The aroma of wheat beer will vary from one region to the other. The original Bavarian wheat beer has distinct banana and clove flavors, which are balanced by hops that are only moderately bitter. The high content of wheat also produces an unmissable malt aroma. American wheat beers use aromatic hopping of the citrusy and piney variety while modern European styles have notes of vanilla, citrus, and even bubblegum.

Wheat beers are generally well balanced and drinkable due to the low to moderate and sometimes non-existent hopping. This beer typically has a dry finish.

Mouthfeel is the sensation a drink produces when in the mouth. Wheat beers have a medium body and they will feel full and creamy, mostly due to the rich wheat proteins and yeast suspended in the beer.

There are as many different types of wheat beers as there are regions. Head over to an American bar and you will be spoilt for choice on which weizen to treat yourself to. Go to a pub in France, Belgium, Germany, or the United Kingdom, and the choices are equally endless.

Let’s take a look at some of the most common varieties.

American wheat, also known as American wheat ale is the most recent variety of wheat beer. The beers gained popularity in the 1990s just when the craft beer industry was gaining steam.

The American wheat beer is made using at least 30% malted wheat. As the name suggests, this beer variety is the American version of the German wheat beer.

American Wheat is brewed using top-fermenting lager or ale yeast and can contain more hops, making it slightly more bitter than its German counterpart. Due to the hoppings, the American wheat beer will have a crispier and cleaner mouthfeel than the German version.

You might have enjoyed an American wheat beer before but you probably couldn’t make a distinction. Common brands include Three Floyds Gumballhead and Bell’s Oberon.

Hefeweizen directly translates to ‘yeast wheat’ and it is recognized as the traditional wheat beer. This variation is made up of more than 50% wheat content, which gives the finished beer a cloudy appearance.

That said, depending on whether a Hefeweizen is filtered, the final drink can be amber clear and would be categorized as dunkelweizen or completely clear and in this case, it would be classified as a krystalweizen.

The heavy wheat protein also results in a bodied, creamier beer. But, the biggest distinguishing characteristic of Hefeweizen beer is the strong clove and banana flavors that are typically not found in other varieties of wheat beer.

Witbier, which translates to ‘white beer’ is a Belgian-style wheat beer that derives its name from its pale appearance. Traditionally, the beer is made with oats and pale unmalted wheat and barley, resulting in a creamy, milk-colored beer that also boasts an eye-catching sheen.

Although it dates back hundreds of years, a brewer by the name Pierre Celis revived witbier’s standing in the 1960s. Celis created the Hoegaarden wheat beer brand, which Anheuser-Busch InBev acquired in 2005.

Like the classic wheat beer, the hopping in the Belgian witbier is very mild. There is almost always some underlying acidity or sourness in witbier but this is balanced out well by the added coriander spices, orange peel, and fruity esters delivered by the yeast. A white beer rewards you with bouncy crispness and well-balanced carbonation.

That said, the high content of unmalted wheat makes it difficult to brew witbier to achieve the creamy body and mouthfeel. The truth is, many U.S. brewers haven’t perfected the art of making a solid, classic witbier. Substandard witbier is commonly overcompensated by adding too many low-quality spices. The result? A beer that tastes flat, lacks character and flavor, which is a far cry from the traditional Belgian wheat beer.

Berliner Weisse traces its origins to the north of Germany and Poland. The beer is brewed with partially malted wheat. A tinge of acidity is added by introducing the lactobacillus yeast toward the end of the brewing processes.

With an alcohol by volume (ABV) of about 3.5%, Berliner Weisse beers are highly carbonated, super crispy and like other wheat beers, are cloudy with minimal traces of hopping. This variety is less spicy and sweet and leans more toward tangy. It is common for flavored syrups to be added to a Weisse to round off the sharp tanginess that is characteristic of this beer.

Despite its charm, the Berliner Weisse is in decline as mass-produced lagers take over the market. If you want to savor a weisse, your best bet is to check with your local craft brewery many of which are making delicious varieties as they try to save this ancient beer style from extinction.

What Can You Pair Wheat Beer With?

Because of the small amount of hops and minimal bitterness, wheat beer generally pairs well with a variety of foods. Wash down a bowl of your favorite spicy pasta or shrimp with the cool and subdued American wheat ale.

Pair your choice of Berliner Weiss with anything from meats to potatoes. This wheat beer variety is the perfect accompaniment for French fries, hams, and salty cheeses. Don’t be afraid to serve some Berliner Weiss alongside a slice of deep chocolate cake or cheesecake for dessert.

Wheat beers are among the oldest types of beers dating back thousands of years. The characteristic lack of bitterness due to the low to moderate hopping makes this style of beer stand out.

The modest flavor and aroma make wheat beer such an approachable and drinkable beer. Go on and experiment with different food pairing until you find your sweet spot. 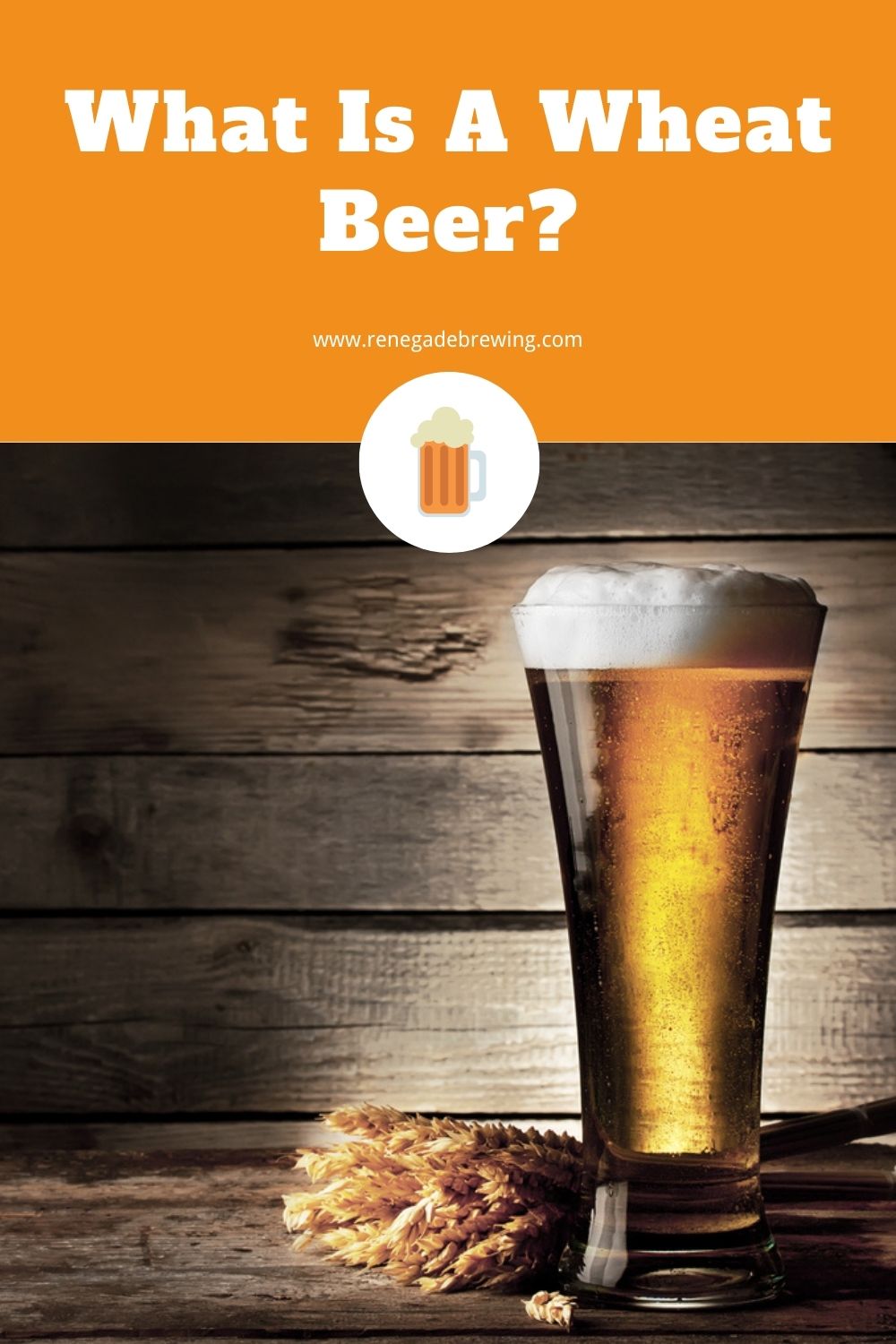