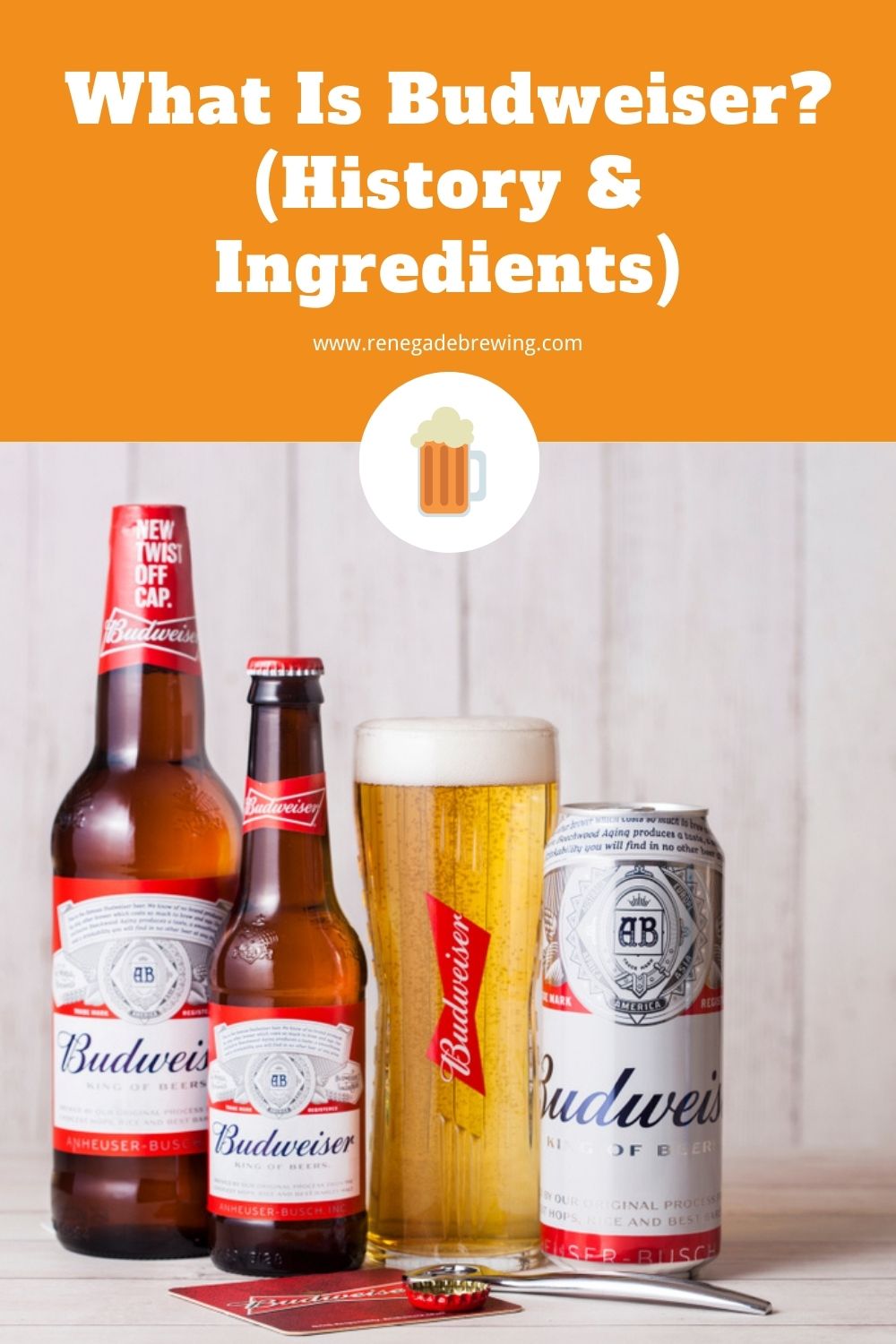 High-energy, simply designed Budweiser lager is undoubtedly the King of all American beers and the first national beer brand established. It is one of the best-selling brews in the US nowadays, so the question of what is Budweiser is a bit unnecessary.

However, other questions about the history, ownership, ingredients, and taste of this famous beer brand might interest you. Let’s take a closer look at this universally popular beverage brewed to overcome local preferences.

Budweiser has been the best brew from the US since one man with vision made the first national beer brand a century ago. Since the Anheuser-Busch InBev Company was created in 2008, after InBev from Belgium bought American Anheuser-Busch, it has become the global beer brand.

Thanks to this transaction, brand sales rose 5.3% worldwide within ten years, after decades of bad business in the US. Two Budweiser brews are currently on the list of ten best-selling beer brands worldwide, including:

The Budweiser founder was Adolphus Busch, a German immigrant who came to St. Louis, Missouri, in 1857. In those times, Americans were mostly drinking heavy, dark ales, but this man decided to change that habit by creating refreshing light lager perfect for hot summers.

The original brewery’s name was E. Anheuser & Company. It was changed to Anheuser-Busch Brewing Association in 1879 after Adolphus married Lilly, his boss Eberhard Anheuser’s daughter.

Eberhard Anheuser began with soap and candle production but decided to start a brewery business in 1852 despite a total lack of experience. He soon took control of the Bavarian Brewery in 1860 and bought brewing supplies from Adolphus Busch, his future partner and sun-in-law.

Young Busch started perfecting the recipe and made a new brew with local restaurant owner Carl Conrad in 1876. The brewery hasn’t stopped using this systematic approach to brewing to this day and tries to ensure that every beer they produce tastes the same.

For most breweries, the Prohibition brought hard times. However, Eberhard and Anheuser almost immediately started brewing alcohol-free brew like ‘near beer’ and cereal-based beverage ‘Bevo.’ During these years, the company created more than twenty corn syrups, sodas, and soft drinks.

Two owners were also selling their barley, rice, hops, and yeast to home brewers. Thanks to their innovative ideas, the brewery survived and stayed open during a Prohibition decade.

They also designed a famous ‘Budweiser Clydesdales’ to celebrate Repeal Day. Packages were delivered to the White House after Prohibition officially canceled on December 5, 1933.

Adolphus Busch was the first American brewer who pasteurized beer. He did it before American dairy companies started pasteurizing milk. He planned to expand and needed to ensure his product to stay fresh and unchanged no matter where delivered.

It was crucial for transporting to remote destinations. Since then, Budweiser’s hallmark is freshness, and you can see a best-by date printed on each bottle.

The next step in further insurance of beer freshness and original taste after long journeys was establishing a system of refrigerated train cars.

These icy-cold rolling transports allowed Budweiser to deliver fresh and cold beer throughout the US. That remarkably disrupted local markets and allowed this brand to become the most popular in the country.

Anheuser-Busch was a miracle man in marketing and capitalized on pop culture like no one before him. The first move was ‘Under the Anheuser Bush,’ a German-style drinking song recorded in 1903, which invited people to grab a stein or two.

Then, Vaudeville star Billy Murray sang that song and made it a hit. As soon as it became a vital part of the company’s marketing, it skyrocketed this light beer popularity and made Budweiser the original mass-market product in America.

Beer lovers could also see the most iconic beer advertisements at the NFL Super Bowl during prime times. In 1983, Bally Midway released a video game, Tapper. The player was a bartender pulling beers, mostly Budweiser for cowboys, jocks, and even aliens.

Adolphus Busch chose the name Budweiser in the late 19th century, but problems were raised in 1907 when Czech and German brewers protested the misuse of the name.

Since the Czech Republic brewery Budejovicky Budvar produces an entirely unrelated beer brand under the same name, Anheuser-Busch couldn’t sell Budweiser in some parts of Europe.

After a long-running dispute, the company decided to stop using its trademark in some regions and renamed the Budweiser in Bud Light in 1988. Since 2001, beer under this name has become more popular than Budweiser.

On the other hand, Budejovicky Budvar sells its Budweiser in the US with the newly adopted name Czechvar.

Ingredients – what is Budweiser made of

Like all the top-quality world beers, Budweiser is made of the finest ingredients possible. Let’s see the primary ones this drink contains.

This plant adds aroma and bitterness to the beer and provides crucial balance to the sweet malt flavors. Brew masters carefully select clusters of cones from the finest fields in Europe, the Pacific Northwest, and Idaho.

As you have probably known, the yeast gives life to beer and significantly contributes to its flavor. The Anheuser-Busch company uses its own yeast strain that descends directly from the original Budweiser yeast culture that Adolphus Busch used in 1876.

This ingredient is crucial in beer production since it provides its integrity. It needs to undergo a multi-stage filtration process since only pure water can provide the ultimate beer quality and consistency.

Rice is the secret ingredient that contributes to Budweiser’s crisp, clean taste and its characteristic snap. Rice won’t add flavor to the beer, but this grain type makes the brew lighter colored and encourages its dry and clean aroma.

Adolphus Busch decided to add it to the recipe to make his beer unique and different than other lagers available on the market at those times. Even today, Anheuser-Busch is the largest American buyer of rice.

Budweiser has distributed its beer in containers of many sizes. Until the early 1950s, the company used three packages types:

As of 2011, the company has distributed Budweiser in four large container types, including:

The Budweiser original bottle has remained almost unchanged since 1876. It contains a small affixed label on the bottleneck with the Budweiser famous bowtie logo. The big red label has a central white rectangle overlaid with a Budweiser coat of arms-like logo and the brand name.

Unlike bottles, the company has often changed the cans’ appearance over time, depending on consumer tastes and market conditions.

Nowadays, Budweiser offers various cans and bottles from 7 to 40 ounces (0.2 – 1.2). Since 1936, this brand has changed twelve can designs, including the new one from 2011 that emphasizes the bowtie, plus temporary special edition cans.

In most cases, the design of the cans has included patriotic American symbols, like the bald eagle and the flag colors. In 2011, the company redesigned branding and eliminated traditional labels in response to the huge decreasing in sales.

From May to the November elections in 2016, Budweiser used temporary labels on cans and bottles of 12 ounces (0.35 l). The company changed the beer name to ‘America’ and added patriotic American slogans like ‘Liberty and Justice For All’ to the label.

Budweiser is an iconic American light lager for over a century. The peak sales for Budweiser were in 1988 when 50.8 million barrels were sold. Even though it is not so popular in the US nowadays, this authentic American brand started reaching new markets in Europe and Asia. 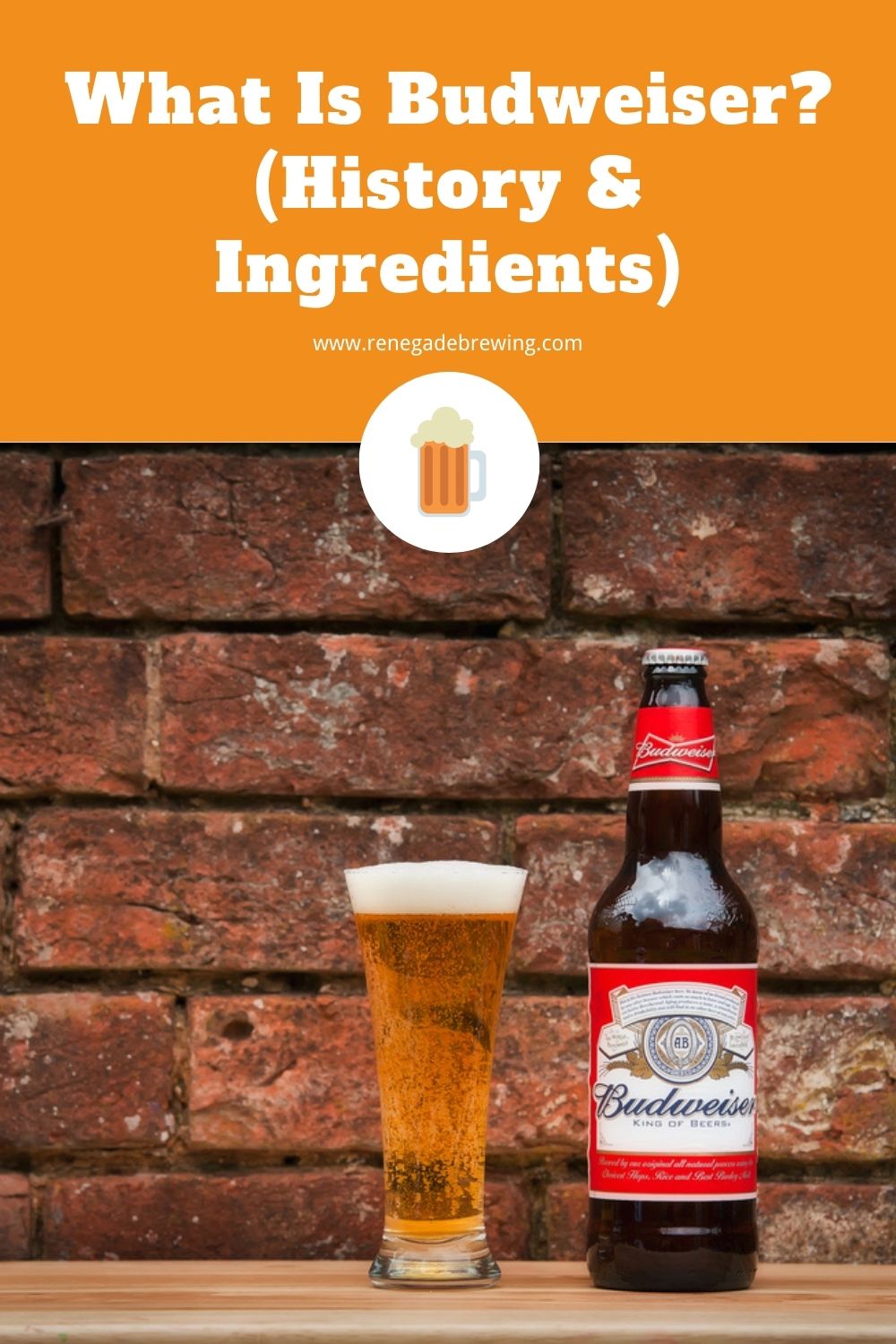