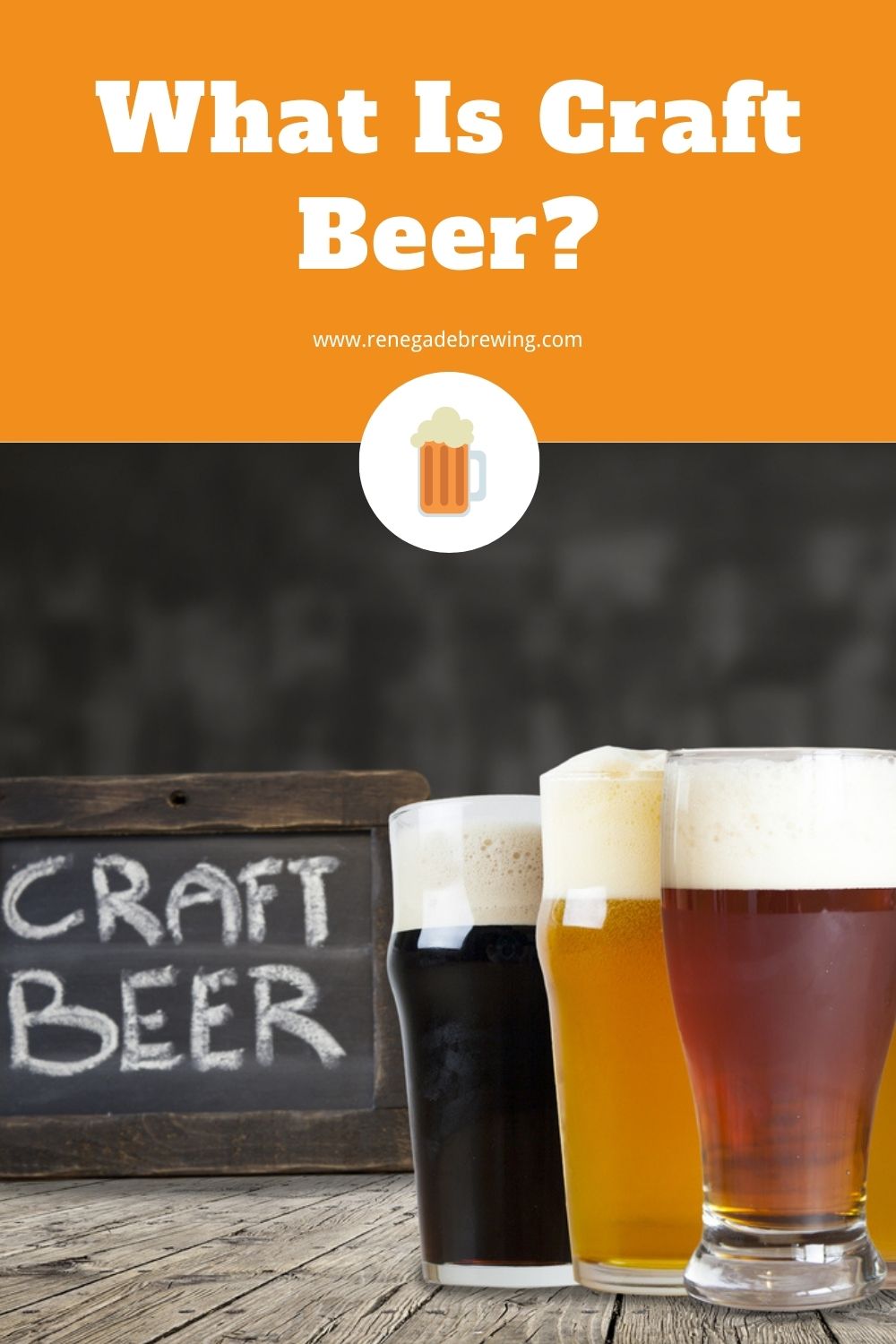 If you are a beer lover, you probably know what is craft beer, but are you sure what makes any brew a real craft beer? Believe it or not, it can be quite complicated to define this. The primary problem is a subjective sense of what beer really is.

Many people consider craft brew as the modern real ale type. However, real ale brewing includes traditional brewing methods, and brewers serve it directly from a cask in the pub. On the other hand, you should experiment with traditional recipes to get new tastes and styles of an excellent craft beer. Let’ take a look.

People often use the term ‘craft beer’ to refer to a beer brewed in a traditional and independent brewery with low production. Such a brew is crafted, not manufactured. Still, it can be tricky to define what ‘small output’ actually means since there is no strict definition to describe it.

Most connoisseurs consider craft beer only one made in an independently owned brewery that is not a part of a large corporation. In that case, 98% of all existing breweries in the US produce brew in a craftsmanship way.

The question is whether a particular craft brewery purchased by a large company still produces a brew that can be considered a craft beer? That is not the case since that company mass-produces beer, which technically stops being a craft product.

Unfortunately, most large beer companies continue labeling such a beer as craft-made. It can still be a high-quality beverage, although it is not a real craft beer.

It is estimated that more than 80% of adult Americans live within 10 miles (16 km) of at least one craft brewery. I will list a few typical properties that set a craft brewery apart from the mass-production beer companies.

Keep in mind that the Federal tax code provides taxes break as a small business growth incentive for breweries that produce beer in this framework. In the US, a craft brewery was only the small one that produces not more than two million barrels of brew per year.

However, the limit was raised soon after Boston Brewing Company peaked over the line in 2010. Since 2014, a small craft brewery has become the one producing up to six million barrels a year.

The primary question is, when will a craft brewery stop being truly craft. Congress is expected to pass the new law that will define this issue.

Senator Ron Wyden from Oregon proposed amending the brewery definition according to their annual output. It won’t be the same if the brewery makes 2, 6, or more million barrels a year. Those in the two lower categories should get the tax breaks, while those in the highest category won’t have such a privilege.

To be a craft brewery, it needs to be fiercely independent and owned by a few dedicated mates. Nowadays, big companies in the US can’t control or own more than 25% of a craft brewery unless they are craft brewers themselves.

Such a place always uses traditional methods to brew beer and never uses additives like rice and corn to speed up the process.

The essence of small brewing is searching for new flavors and improving the old recipes. Nowadays, you can recognize over 150 craft beer styles.

The craft production is not finished once the beer is bottled or canned. Artisans often design packaging as a piece of art by adding their energy and genuine character to each beverage.

The craft brewery is always entirely transparent. It is open, and you are welcome to come and learn about their techniques and the ingredients they use.

You can see craft breweries everywhere, but they are always firmly connected with the local community, and everyone is welcome to enjoy the improvised tour. Craft brewers also donate their products and become volunteers and sponsors of local events.

Nowadays, over 8,000 breweries in the US offer more beer styles and brands than ever. That is also more than in any other market worldwide.

As you have already known, brewing is an age-old art. Even Native Americans were fermenting alcoholic beverages made from corn. The first recorded US brewery was established in New Amsterdam in 1612.

The number of American breweries overgrew in the 19th century, and the beer style number was rising with new immigrants. The most significant impact made German immigrants after bringing lager on the American soil.

Unfortunately, the Prohibition in the 1920s devastated small American breweries, and they couldn’t entirely recover once it was repealed in 1933. Thanks to rapid industrialization, light lager emerged as the dominant beer style, and variety in American brew started to decrease.

In 1978, there were 89 total breweries in the US, including only 45 independent ones. As soon as Congress legalized homebrewing that year, a few enthusiastic homebrewers decided to revive traditional styles and started brewing beer.

History will remember two men, Jim Koch and Ken Grossman, as symbols of the craft industry foundations. They made Sam Adams and the Sierra Nevada, two craft industry pillars.

Both began as craft breweries that put quality ahead of quantity. It hasn’t changed until today, thanks to a new law that considers as craft ones those breweries that produce less than six million barrels of beer a year.

The Brewers Association designed an independent craft brewer seal in 2017 that represents an upside-down beer bottle. It symbolizes the impact of small breweries on the beer market and how they turned it upside down.

The message is clear! Only small and independent breweries produce craft beer. When you see this seal on your favorite beverage, you can be sure that it is made traditionally according to traditional recipes and production techniques.

Nowadays, beer is not just a beer. There are a few crucial differences between the two. Let’s see.

Watery yellow and pale mass-produced beer can’t stand long, and its foam quickly disappears after pouring into a glass. On the other hand, craft beer comes in a wide color variety, depending on the brew type, and its head provides long-lasting taste and a crisp look.

Almost all mass-produced beers have a monotone flavor, so you need to serve them cooled. Craft beers always focus on a unique taste that will vary with each batch. Most of them require serving at 50 and 55 F (10 – 13 C) because this temperature allows you to notice the flavors better.

In most cases, big breweries use cheap ingredients to make mass-produced beer to reduce the final product price. They often use rice or corn instead of hops to cut costs. Craft beer respects tradition and make smaller batches with high-quality, hand-selected ingredients.

Why Craft Brew Is Better Than Mass-produced Beer?

Since there are noticeable differences in the production process and used ingredients, you can expect that craft beer is way better than the mass-produced beverage. It is a list of its crucial advantages:

Since brewers brew their craft beers with unique flavors in mind, you can’t find two exactly the same types. Their taste will always vary depending on the season, making your favorite brew limited and much more special.

It is impossible with mass-produced beers, which are almost the same no matter when and where they are made.

You can enjoy entirely fresh craft beer since you can get it in vacuum growlers whenever necessary. Plus, such packaging will keep the beer taste consistent. It is impossible keeping mass-produced beer in a growler. You need to buy it in a bottle and can, making it an environment-unfriendly solution.

You can meet a brewer

Since local breweries produce craft beer in small batches, you don’t need to buy this beverage in the store. It is better to go to the nearest brewery, where you can meet masters crafting your favorite beverage.

When visiting a local brewery, you can get the full experience. The brewer will recommend you the food that matches best with each craft beer type. It is not a realistic task when it comes to mass-produced beer.

The primary craft beer advantage is that such a beverage is not limited to a narrow type range. Craft brewers often bring different styles and experiment with brew taste. Therefore, you can try some unique flavors, such as:

Regardless of experimentation and production level, the primary craft beer signature is extraordinary taste and ultimate quality. As long as craft brewers stick to that rule, they can offer vast note ranges to suit different tastes. 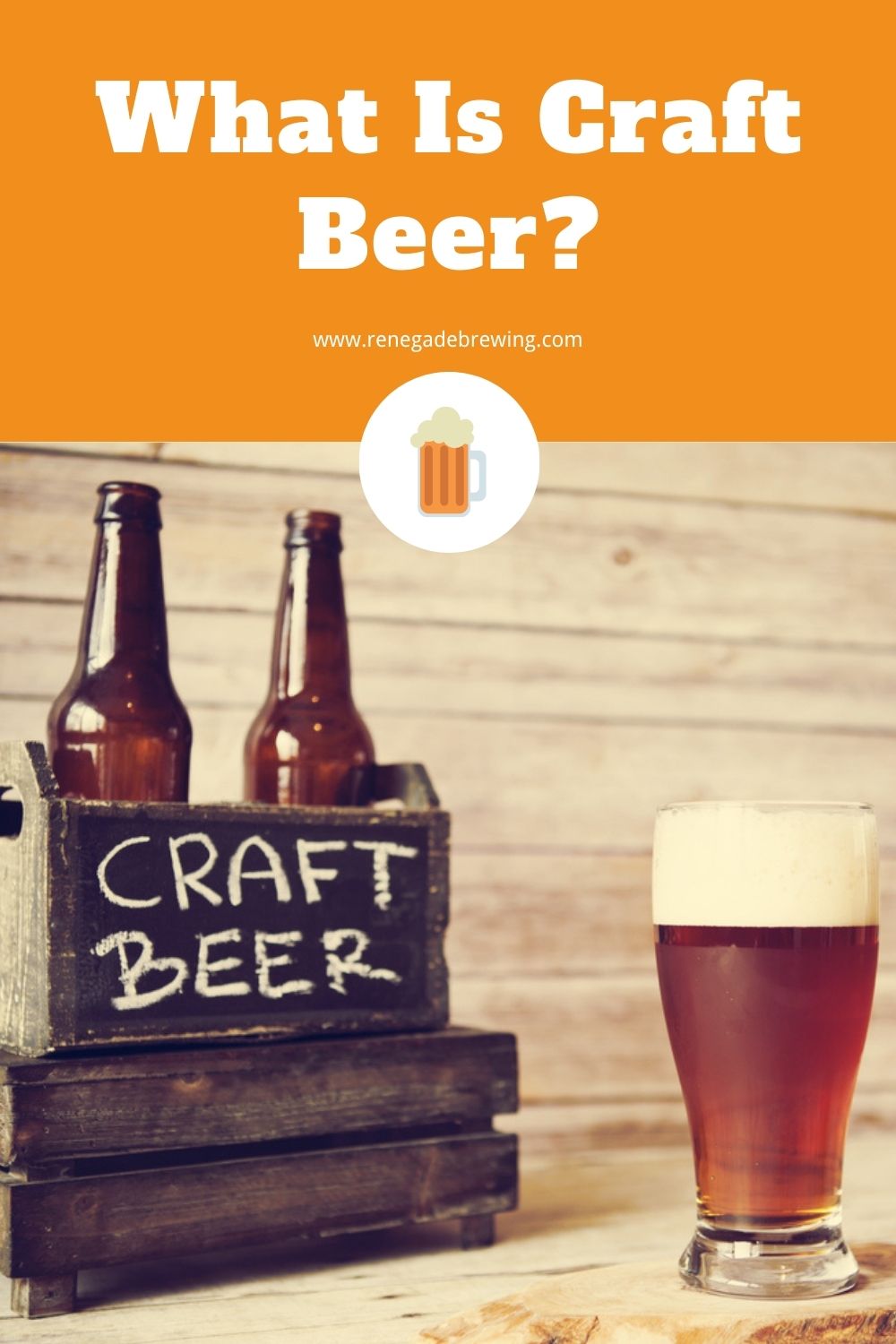